They are like little kids brawling over insignificant matters.

On 29 Jan, the parliament passed a vote for the motion to fill the vacated seat by Ms Lee Li Lian.

He also set into motion a massive argument in the parliament.

The bickering ensued for 1.5 hours

If you are wondering, what they argued about for 1.5 hours. 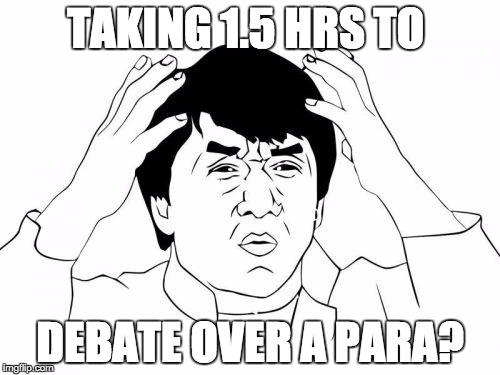 Charles Chong —  who beat Ms Lee in GE2015 to became MP for Punggol East — implied that Ms Lee was not following the rules and giving her privilege to Daniel Goh, who was not qualified.

Lee Bee Wah suggested that the WP’s “nominat[ing] their own candidates” was twisting the NCMP system into a Proportional Representation system.

Png Eng Huat reiterated that WP only wanted to “to implement to the letter of the law what is provided in Section 53 of the Parliamentary Elections Act.

But PAP had the last say

Party Whip Chan Chun Sing proposed an extra paragraph to the motion, suggesting that the decision was WP’s “political manoeuvre” to make full use of the Non-Constituency Member of Parliament (NCMP) seat while opposing to the scheme.

but regrets that Ms Lee Li Lian, having stood as a WP candidate and received the highest vote share among all losing opposition candidates, has now decided to give up her NCMP seat to another candidate from her party with a lower vote share, contrary to the expressed will of voters, and that the WP supports this political manoeuvre to take full advantage of the NCMP seat, even as its secretary- general criticises NCMPs as just “duckweed on the water of a pond”. 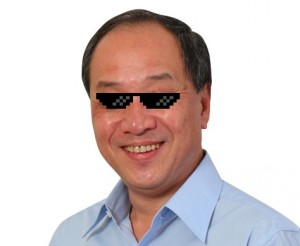 WP’s response — to abstain from voting after the amendment

Then, Mr Low stood up to deny that the motion was a political manoeuvre of WP.

He implied that WP was following the law and the decision is still up to the Parliament.

It is not a political manoeuvre because it is provided under the law that since Lee Li Lian has not taken up the seat, Parliament can decide to fill the seat, and I have moved the motion to allow Parliament to decide

The Aljunied MP also defended his duckweed analogy — suggesting that MPs and NCMPs are inherently unequal — by giving the example of Ms Lee being unable help her residents as the Town Council rejected her application.

TL;DR, nothing changed from the mindless bickering

After 1.5 hours, the motion was passed, with the WP’s abstaining and the PAP voting for the motion.

Which leaves us to think that nothing much was accomplished in that 1.5 hours except for the both parties taking passes at each other. 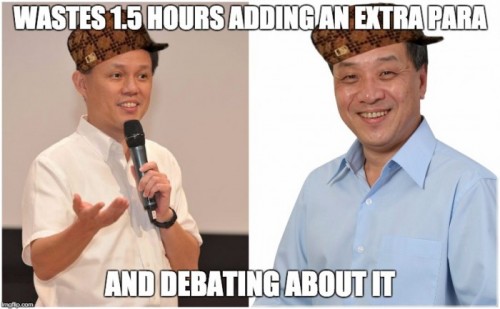