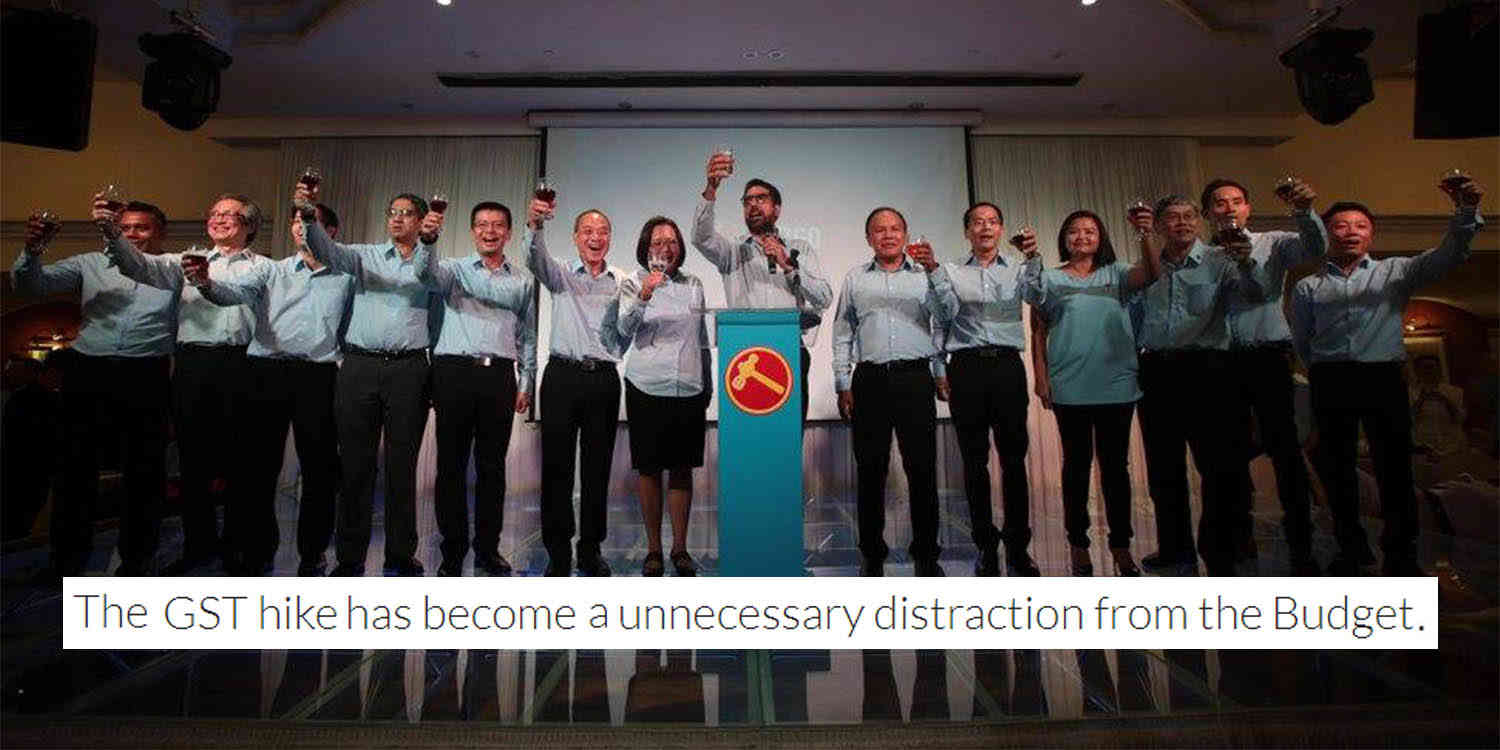 Despite 8 Workers’ Party MPs Voting Against It, Parliament Approves Budget 2018 After 3-Day Debate

As Thursday’s (1 Mar) parliament session came to a close, it marked the official approval of 2018’s edition of the Budget in Parliament.

The Government’s financial policy for the year ahead was voted into motion by a margin of 89 to 8 MPs.

No prizes for guessing which party the 8 MPs belonged to. 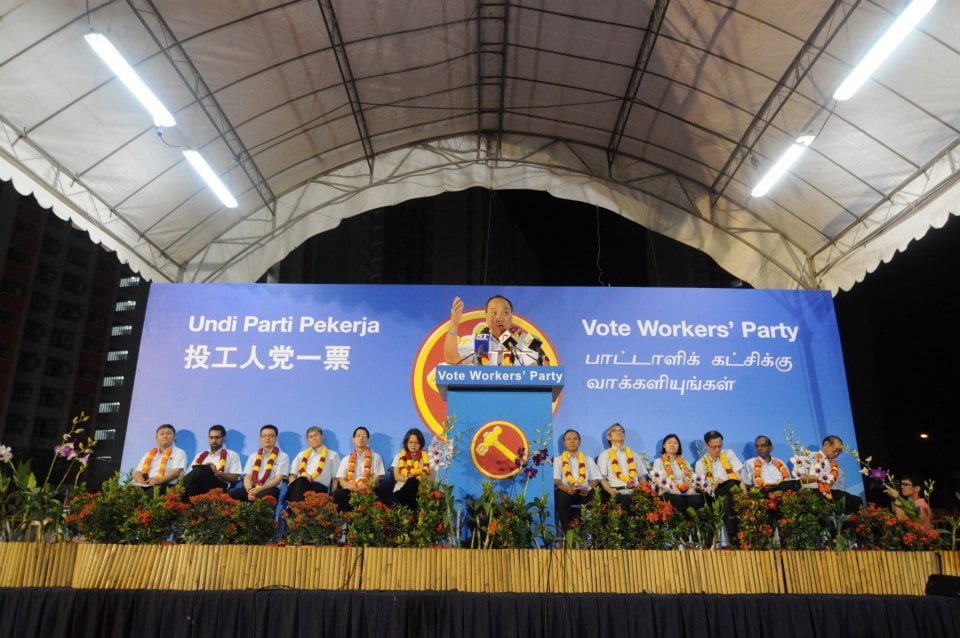 However, the opposition party isn’t as opposed to the Budget as their voting record may show. In fact, they approve of the measures outlined in the Budget that are going to be implemented this year.

Except for the GST hike, that is.

While there was a general note of approval within the WP’s ranks for the Budget, several members have come out in criticism of the GST hike.

Although he labelled it a “forward-looking Budget to anchor Singapore firmly in the future and for the future”, he lambasted the timing of the GST hike announcement.

Let’s take a look at the WP MPs’ stance towards the budget, as evidenced by their Budget speeches in Parliament.

Mr Low devoted the majority of his Parliament speech to Singapore’s place Asia’s growing presence in the global technology, innovation and enterprise sectors.

Dubbing it a “Global-Asia”, he said that Asian economies are “developing more robustly than Western economies”, for the “first time in modern history”.

And China is at the center of all this.

As a Chinese-educated Singaporean, Mr Low expressed his delight at seeing Chinese used in many countries.

He even mentioned that Chinese-educated Singaporeans are “finally freed of the feeling of inferiority”. 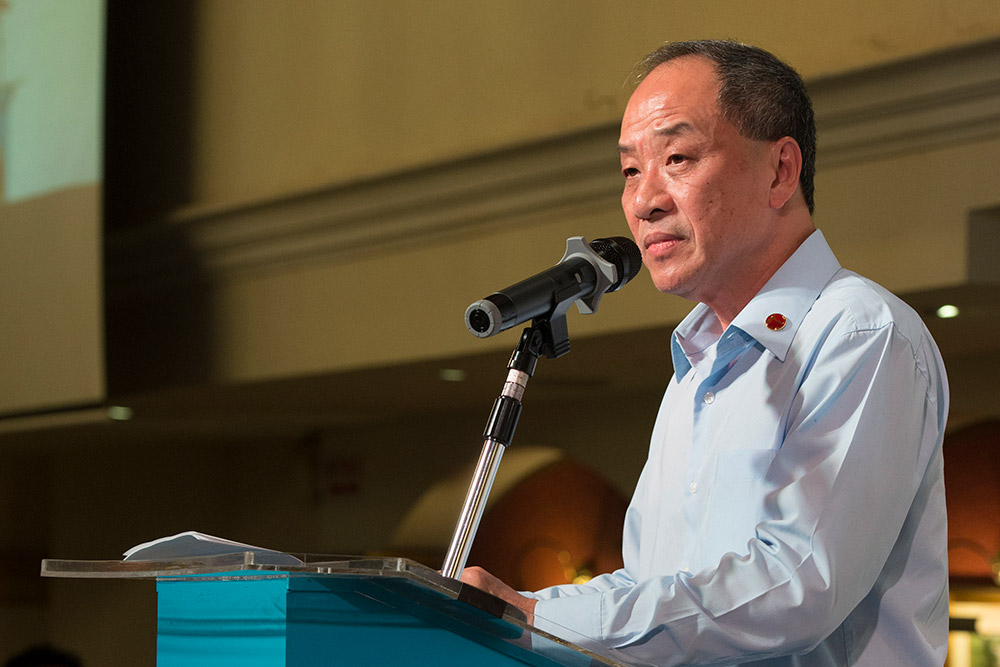 This is a forward-looking Budget to anchor Singapore firmly in the future and for the future.

Closing his speech with a few well-placed words for the GST hike, Mr Low claimed that it was prematurely announced.

Describing it as an “unnecessary distraction from the vision articulated in this Budget”, he urged the Government not to “let this opportunity to lead Singapore with this vision go to waste”.

The WP chairman’s name was called by Speaker of Parliament Tan Chuan-Jin several times on Tuesday, but she did not respond as she was not around.

Apparently, she had already made a request to PAP Whip Chan Chun Sing to speak on the second day of Budget discussions.

The focus of her speech was on inequality and social mobility, which are issues highlighted in the Budget statement (A11-d) as a concern worth keeping a close watch on.

She called on the Government to conduct longitudinal studies to find out if Singaporean families have managed to break out of their social class.

She also questioned what the Government had done since 2013, when they last informed Parliament of their intention to conduct such studies. 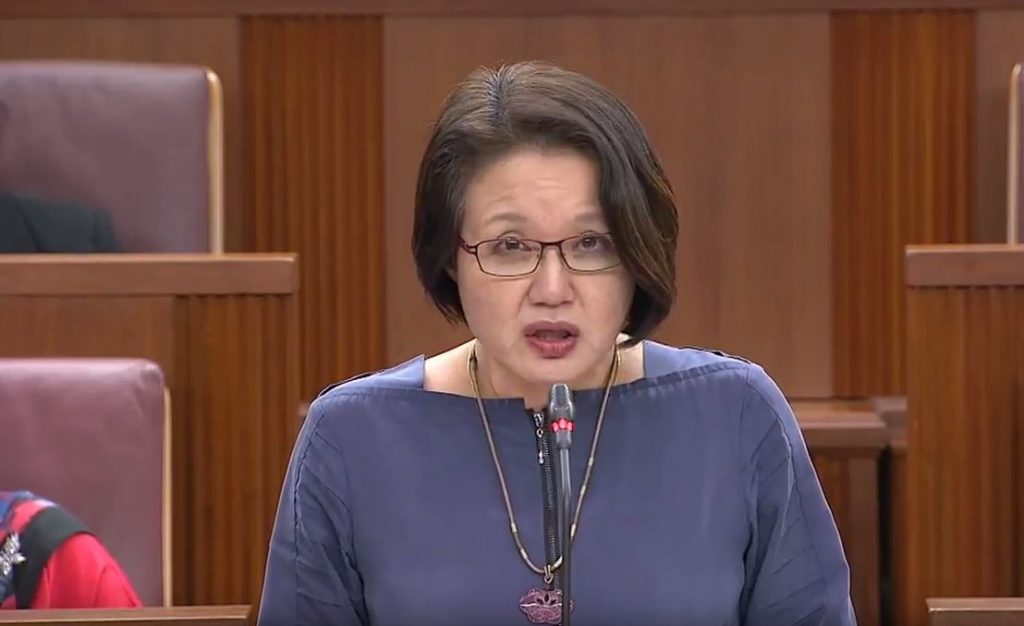 She then contrasted the differences between private health insurance plans and Medishield Life, saying that “there is [a] significant inequality in access to healthcare” affecting poorer and older Singaporeans.

Concluding that “inequality is a threat to our solidarity as a Nation”, Ms Lim issued a call to action to “drill deeper into the sources of inequality, and take concrete steps to remedy it”.

The heir apparent to Low Thia Khiang’s Secretary-General post, Mr Singh found himself the subject of a case of fake news after his speech on 27 Feb.

But what did he actually say in parliament?

Mr Singh said that the Workers’ Party was “unable to support the announcement of a GST hike at this moment in time”.

This decision was made by the opposition party in lieu of the absence of “clarity surrounding projected expenditure” and “relative lack of information” on how the reserves will support Singaporeans.

NCMP Mr Daniel Goh generally talked about the fact that gender equality and the financial security of women should be promoted.

He remarked that Budget 2018 marks a significant progress from the wait-and-see posture to strategic and integrated planning.

However, he stressed that it should also tackle the following issues:

In particular, expanding the Silver Support Scheme to include seniors who live in residences larger than 5-room flats.

Mr Tan implored the government to give priority to enhancing elderly care efforts.

He also suggested that different SMEs in the maritime business by put together, with local banks providing financial support as appropriate.

The NCMP also touched on whether Singaporeans will be able to think up out-of-the-box solutions to create new relationships, discover niche areas and new ways of doing business.

NCMP Mr Leon Perera also cautioned against assuming that Asia will continue to outgrow the West in a linear fashion.

And for Singapore to stay relevant amidst “unfolding disruption” in Asia, we should continue to engage North America and Europe.

He then posed questions to Finance Minister Heng Swee Keat about why tax exemptions for start-ups have been lowered — from 100% on the first $100,000 earned to 75%.

He also mentioned that the government did not mention the “gig economy”, which is a global trend towards hiring contract based employees.

There’s no doubt that was an intense 3-day debate indeed. But now that the Budget has been approved, what’s in store for us?

Well, just a cursory look over the political horizon looms a Cabinet reshuffle.

Already, Finance Minister Heng has let slip the possibility that Education Ministers Ong Ye Kung and Ng Chee Meng might be moving onto the Ministry of Finance.

But if anything is certain, this won’t be the last time the WP brings these issues to the fore.