Must Share News – Independent News For Singaporeans
Home News WP And MOH Are Fighting Over The Investigation Of Hep C Infection... 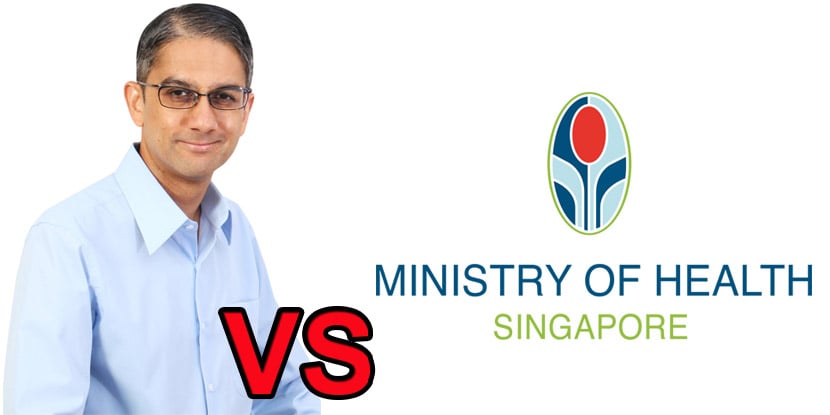 Ever since the Hepatitis C cluster was announced, opposition parties — including the Singapore Democratic Party — have been asking for more answers.

Leon’s not King of MOH

According to Mr Perera, the “[Hep C] outbreak and the government’s response to it have exposed potential gaps in our public health protection protocols”.

In particular, WP is interested in reasons behind the delay between discovery of the Hep C cluster (in April/May) and MOH’s notification in August. The committee is also asked to review/implement protocols that concern timeliness of information dissemination to the public.

Basically, WP wants to know why Singapore took months to find out there was something going on at Singapore General Hospital (SGH).

While there is currently an Independent Review Committee looking into the matter, this council is made up of healthcare professionals currently employed by public institutions. To ask clinicians to evaluate their superiors might “place members of the review committee in an awkward position”.

Instead, the review committee should be restructured to include “retired clinicians and healthcare administrators” and a High Court Judge, effectively turning the committee into a COI.

The Ministry replied to WP on the same day.

In the response posted on their website, MOH emphasises that “additional resource persons, including international advisers” will help the existing Independent Review Committee conduct a thorough review.

However, MOH has a bone to pick with WP’s accusations, even before the committee and Police have concluded their investigations.

If the WP believes that there are questions that the Committee cannot answer, or that any officer acted with improper motives, it should state so directly. The Government will convene a COI provided the WP is prepared to lead evidence before the COI, to substantiate whatever allegations it might have.

To that reply, MOH issued a one sentence response:

We had made clear we are prepared to convene a COI provided WP is prepared to lead evidence.  Mr Pereira [sic] doesn’t say if WP will and he had also confirmed he is making no allegation.

In a response dated Monday (26 Oct), WP reiterated their position that a COI is required due to the “awkward position” of the existing committee, while reminding that no party needs to have done any wrong to have a COI — as seen in the COI for 2011 MRT Breakdowns.

WP also suggested that they do not have the ability to gather enough evidence to put forth any allegations.

This squabbling needs to stop

So here we are, 4 statements later, and no closer to any resolution to a COI or lack thereof.

One thing’s pretty obvious though: WP is using this event to score political points after experiencing a -0.3% swing in GE2015, and MOH is standing firm on its claim that the Independent Review Committee, along with a police investigation, is enough to uncover why things turned out they did in SGH.

On their part, MOH has already addressed the delay in making details public, saying that Hep C infections are “without symptoms”, which means they probably had no idea the Hep C infected were Hep C infected.

The best plan for now might be to wait for investigations to conclude, and surely nobody will blame WP keeping their skepticism until then.