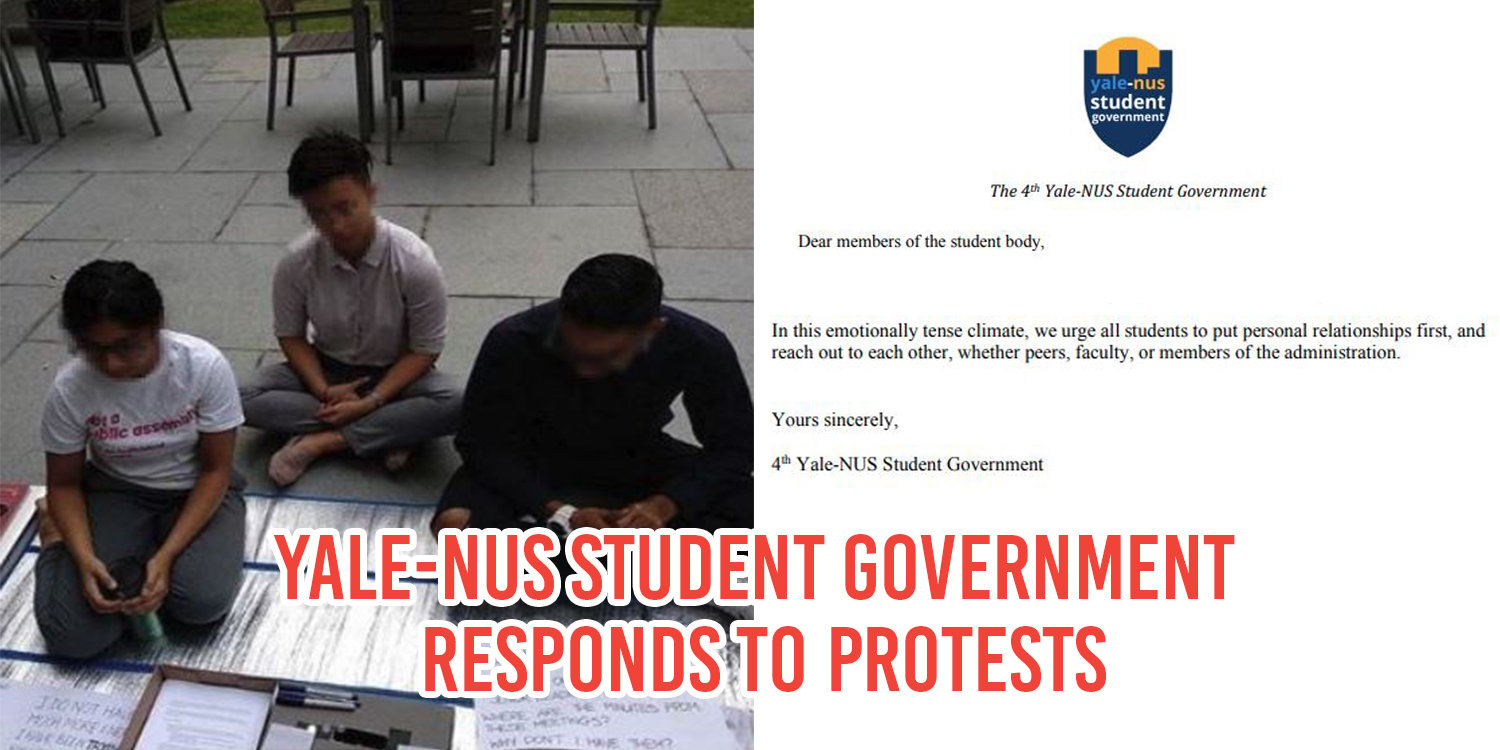 On Friday (9 Mar), more than 20 students were seen holding a silent sit-in, protesting the decision-making methods of their Yale-NUS’ student administration. 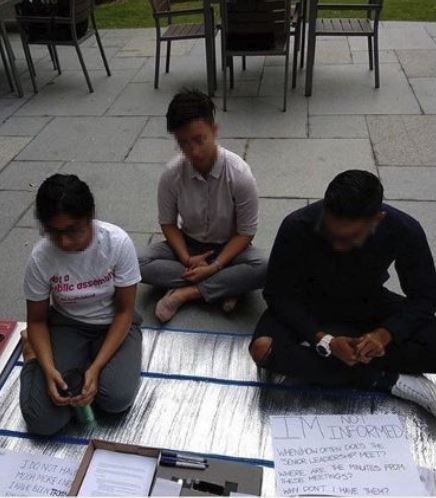 The students were “angry” with how the school disregarded student opinions and demanded for 3 key improvements, according to Channel 8 News. 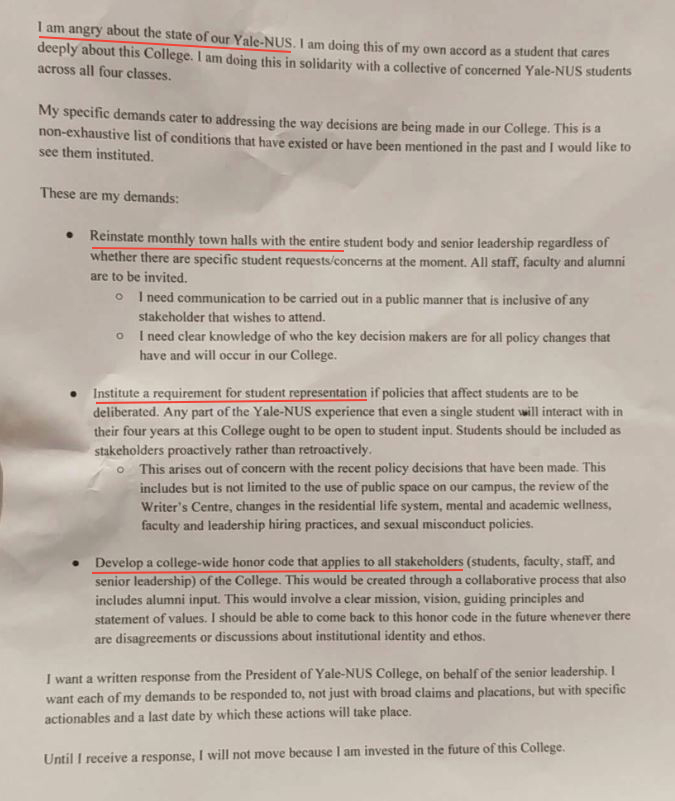 In essence, the students demanded for the student-run organisation to:

The students also showed their persistence by committing to the silent sit-in until they receive a response.

And respond they did.

The Yale-NUS’s student government swiftly released a statement, a day after the incident.

Have a look below at what they said: 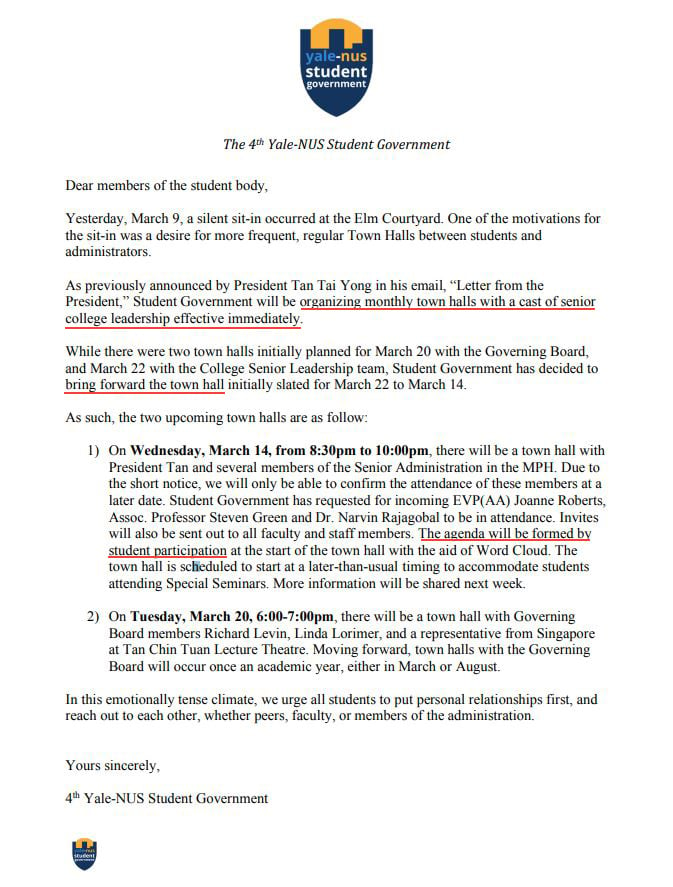 Thankfully, the students’ efforts did not entirely go to waste. The student council agreed to hold monthly town halls with immediate effect.

Scheduled town halls was also brought forward, perhaps to discuss the other dissatisfactions the students had — considering how only one of their demands was met right away.

The letter added that the agenda for the upcoming town hall, to be held on Wednesday (14 Mar) will be decided by the student body.

They also reinforced that the students’ other demands will be looked into more.

The letter then ended with this:

In this emotionally tense climate, we urge all students to put personal relationships first, and reach out to each other, whether peers, faculty, or members of the administration.

Essentially, the student government recognises that students are “invested in the future of [the] college”, but it shouldn’t be at the cost of their personal relationships between different members of the institution.

Was the “protest” illegal in the first place?

Netizens who commented on the issue did raise a concern regarding the legality of the students’ actions.

After all, public assemblies without a police permit are illegal in Singapore, according to this Singapore Police Force’s advisory.

Also, a gathering of more that 5 people can be subjected to police under the Public Order (Preservation) Act.

Of course, in this case there were no reports of legal action being taken against these students.

Was a student protest necessary in the first place?

We at MustShareNews are glad that this issue seems to be solved for now.

As the students didn’t pose a threat to public order in their silent protest and have since received a response from the respective parties, we wonder if such a show of ‘protest’ was really necessary in the first place.

Though, resorting to rather extreme measures like protesting, certainly drew attention to their affairs.

Do you think such internal issues between students could have been settled behind closed doors? Let us know in the comments below.