Woman Pays Only $3 Monthly For Water

Just when you thought you’ve seen every bit of news you’ve seen about Yishun, positive or negative, one just comes by and slips under your radar.

Meet Madam Rachel Loh, who can teach us all a thing or two about saving water amid the news of an upcoming hike in water prices.

According to a report by Today, she was among 51 residents awarded $80 in vouchers for using the least amount of water over six months. During this period, the 64-year-old chalked up just $3 a month in water bills — a whopping $11 less than the national average for three-room flats. 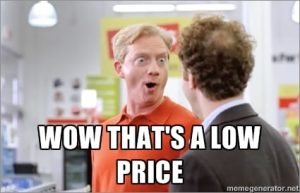 The inaugural competition, organised by the Nee Soon South Grassroots Team, was held following a historic drop in water levels in Johor’s Linggiu Reservoir, an important “national tap” that contributes to half of Singapore’s water needs.

The winners of the competition were announced at the Singapore World Water Day launch at Khoo Teck Puat Hospital on Sunday (March 12).

It was attended by Nee Soon South Member of Parliament Lee Bee Wah. 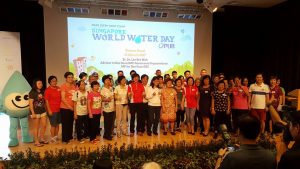 How She Did It

Mdm Loh was only willing to share a small part of her masterplan, though. Here are two of the things that she did.

It rains almost everyday in Singapore, so why not channel this free water from the heavens to good use?

While you can’t use rainwater for bathing, cleaning, cooking or consumption, you can use it for what it already does everyday.

Another winner, Mdm Yong Nyuk Kin, 66, who pays less than $10 for water monthly, says she collects rainwater with a funnel-like contraption stationed by the window when it rains.

She uses it to flush the toilet, wash the mop, and clean up after the dog.

Here’s a screenshot of the article featuring Mdm Yong on the Lianhe Zaobao website, featuring a photo of the contraption: 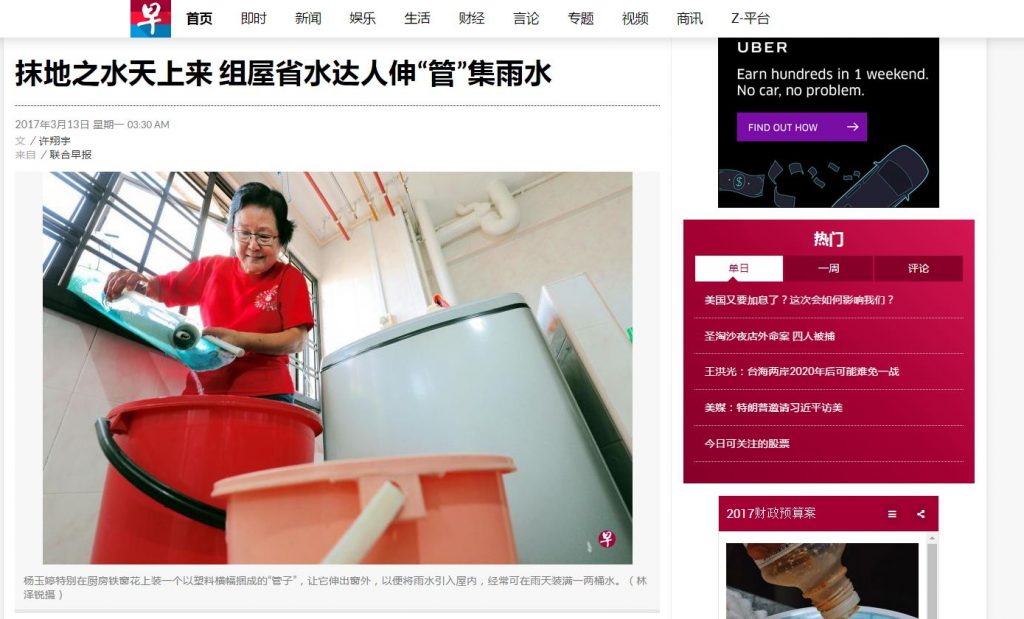 Water can have more than one use, so why use water only once?

We use water to clean stuff, and even the dirty water that ensues has its purpose.

Mdm Loh flushes her toilet with water she originally used to wash her vegetables with.

Mdm Loh credits her experiences during the water rationing days in the 1960s, where she had to queue up for hours to fetch pails of water for her family of eight, for cultivating in her the habit of saving water.

“I know how precious water is and I try to use water only when necessary,” she told Today.

She also found the time and energy to channel her community spirit, collecting rainwater to water the plants at a communal garden in her neighborhood.

Ms Lee Bee Wah, who irked netizens after attributing the government’s decision to hike water prices by 30% to a need to raise awareness of water, claimed that the campaign, which included talks and monthly litter-picking exercises, did manage to raise awareness.

“I had residents ask me what the national average was about,” she told The Straits Times.

Read our story on what mainstream media outlets are reporting on the water price hike.

Let’s hope that we all can follow their example and also cut our water bill to less than $10 monthly.

We will have to if we don’t want to end up drowning in water bills.

Watch our video where we interviewed those who attended a recent anti-water price hike protest. 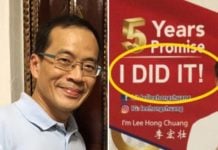 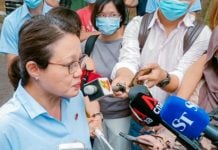