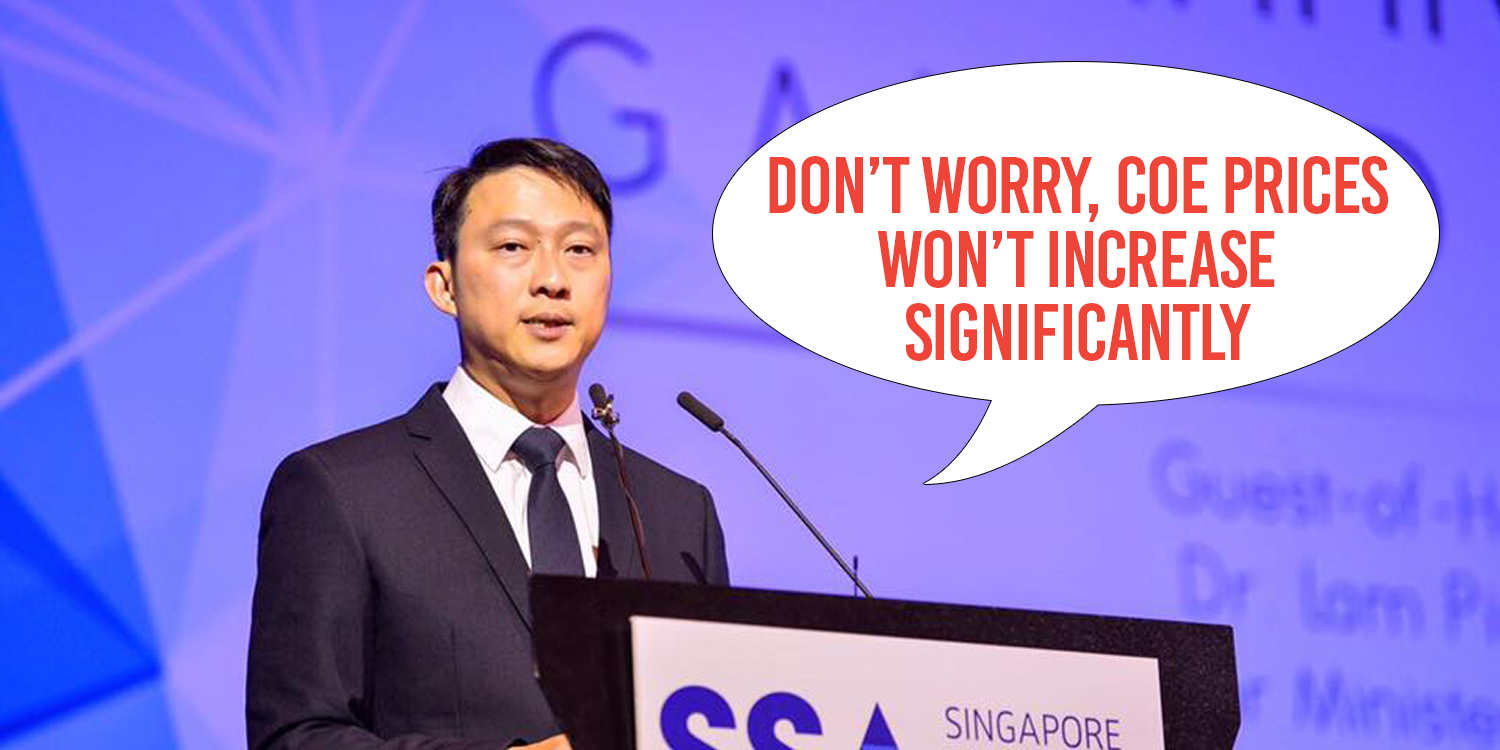 After the Land Transport Authority (LTA) announced on 23 Oct the cutting of Singapore’s vehicle growth rate to zero, experts predicted that the rise of the Certificate of Entitlements (COE) would soon follow.

However, on Monday (6 Nov), Senior Minister of State for Transport Dr Lam Pin Min insisted that it wouldn’t be affected by the change at all — and that there was nothing to worry about.

Which, of course, naturally meant that we should definitely start worrying — given how hilariously inaccurate our Ministers have been at predicting change.

Turns out, the COE for cars did indeed rise – to their highest level in months nonetheless – just two days later. 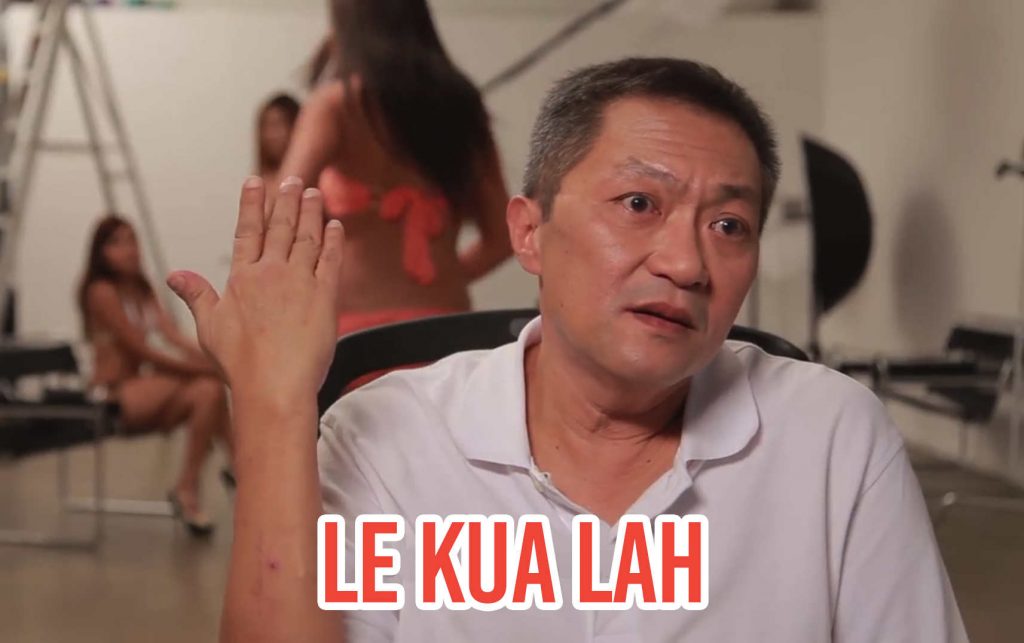 Really, we’re not making this up.

COE rises to highest in months

On Wednesday (8 Nov), TODAY Online reported that COE premiums for cars rose across all categories, between 9.6% and 15%.

These were the following increments:

This comes from the first bidding exercise since the Government’s announcement that from Feb 2018, growth rate for cars and motorcycles – originally 0.25% – will be cut down to zero.

Here’s the 6-month open bidding results for your reference.

Take a look at the sharp increase in November’s bid — the highest in almost 6 months. 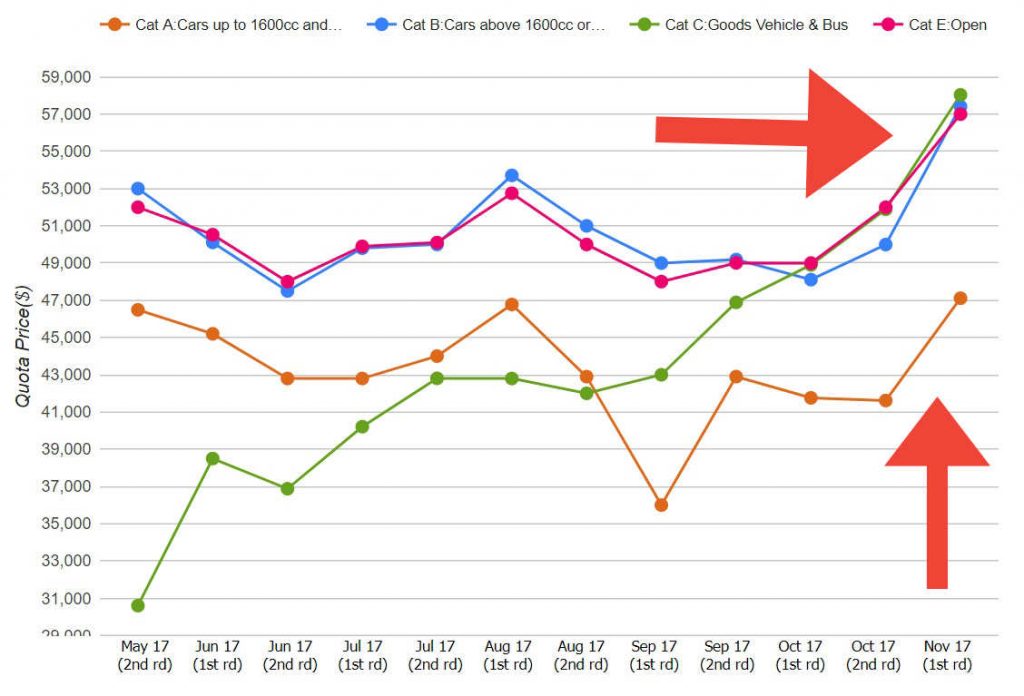 This is why we can’t have nice things.

Perhaps Dr Lam foresaw something that non-driving peasants like this writer failed to see.

However, transport analysts – or COE experts as we like to call them – had already predicted the complete opposite of what Dr Lam said on the day it the changes were announced.

SUSS transport economist Walter Theseira told Channel NewsAsia that the freeze in growth rate will lead to an upward pressure on prices:

It’s entirely logical that when you have an increasing population and increasing affluence in Singapore, and if demand for private transport on a per capita basis remains exactly the same, the only conclusion is – prices will go up.

Likewise, NUS transport researcher Lee Der-Horng stated that the desire to own a car in Singapore is still strong despite the supply cut:

Given our rail system that breaks down from time to time… I think people may not buy the suggestion that I can get rid of my car and just switch to public transport.

So what was his reason for stating what he did?

In a response to Bishan-Toa Payoh MP Saktiandi Supaat, Dr Lam stated that it’s because the COE quota is determined by the number of vehicles deregistered instead. 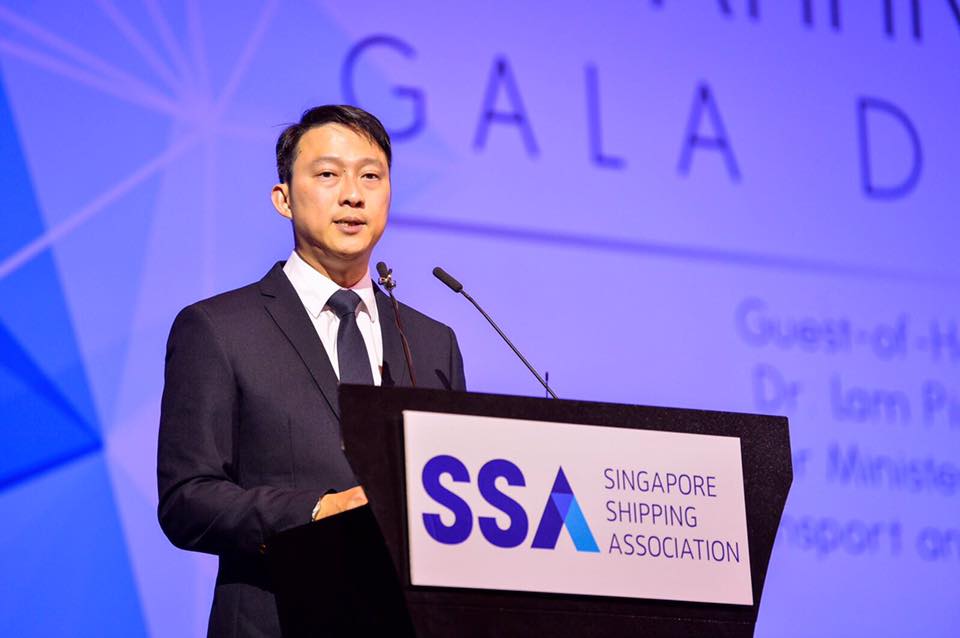 I guess being the Senior Minister of State for Transport, he’d have to know a thing or two about COE prices right?

This did not sit well with netizens

As you probably can expect, they’re already having a field day capitalizing on his gaffe.

As they would with any other Government official.

A few of them aren’t even attempting to pull their punches. 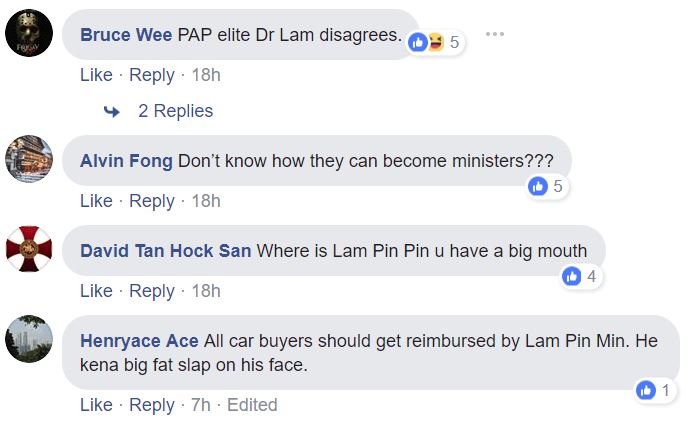 Had he just not mentioned that COE won’t be affected, none of this would’ve happened.

But we suppose that is life.

How does this change affect you?

So what do you make of this? Are you upset that once again our Ministers had made such a glaring mistake — which throws a wrench in your plans to finally get that car you’ve been eyeing.

Or does this piece of news not affect you because you don’t plan to ever drive?

Either way, here’s a meme for you to enjoy:

Let us know in the comments what you think.