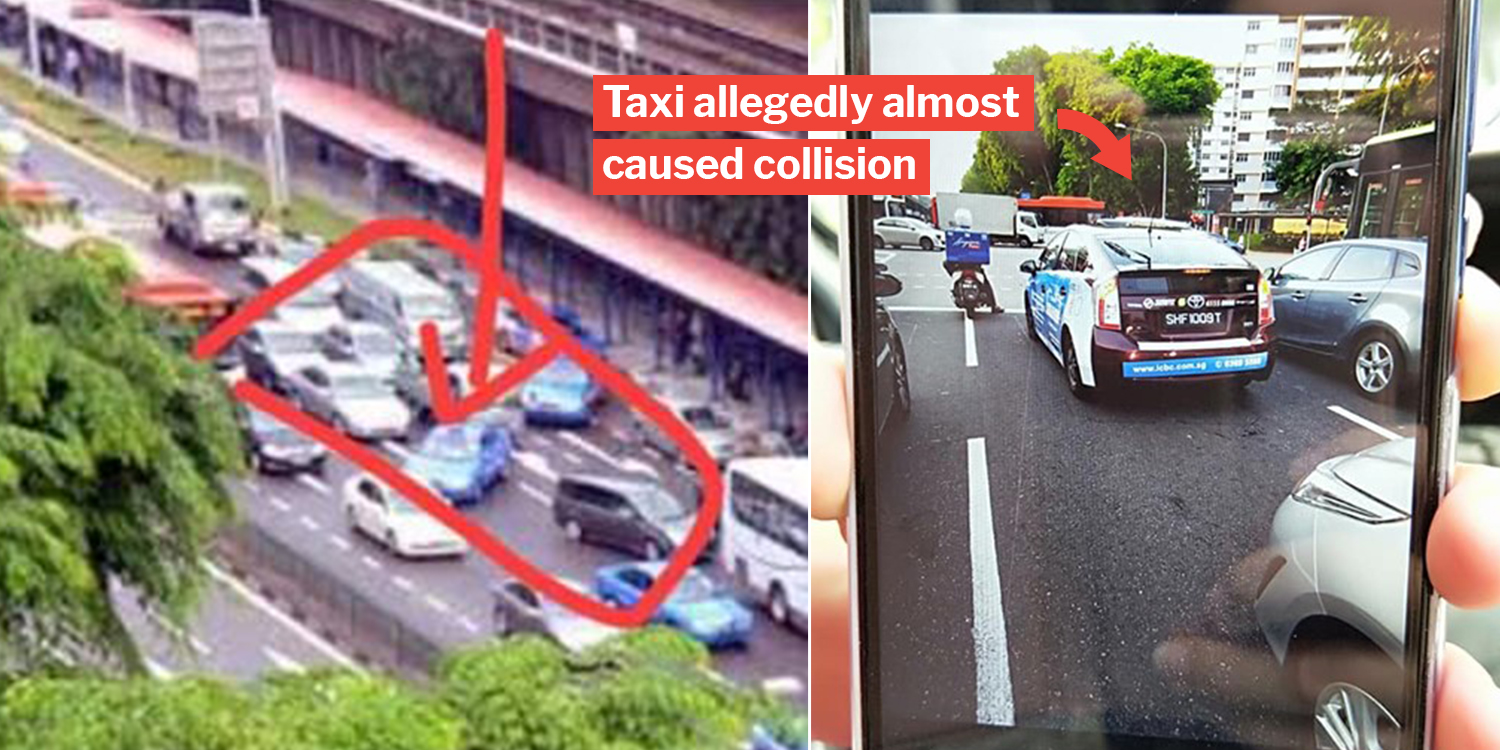 Those of you who happened to be near the vicinity of Ang Mo Kio MRT station earlier this morning, a netizen is appealing for your help in a hit and run accident.

On Monday (13 May), the netizen, Ms Halim, took to Facebook to appeal for dashcam footage as evidence in the accident near Ang Mo Kio interchange. 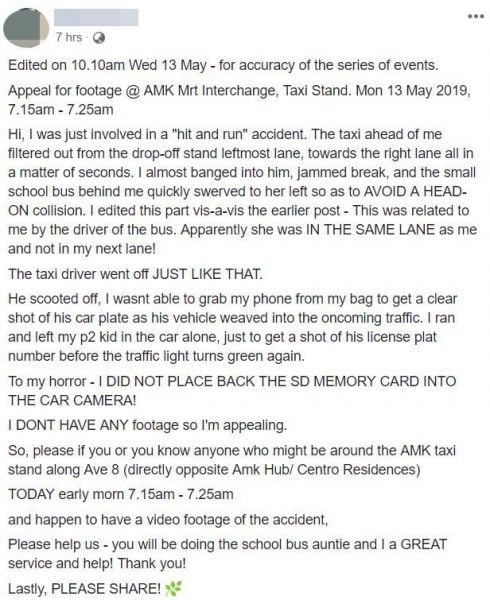 On Monday (13 May) between 7.15am and 7.25am, a hit and run accident occurred along the road in front of the taxi stand along Avenue 8 near Ang Mo Kio MRT station. 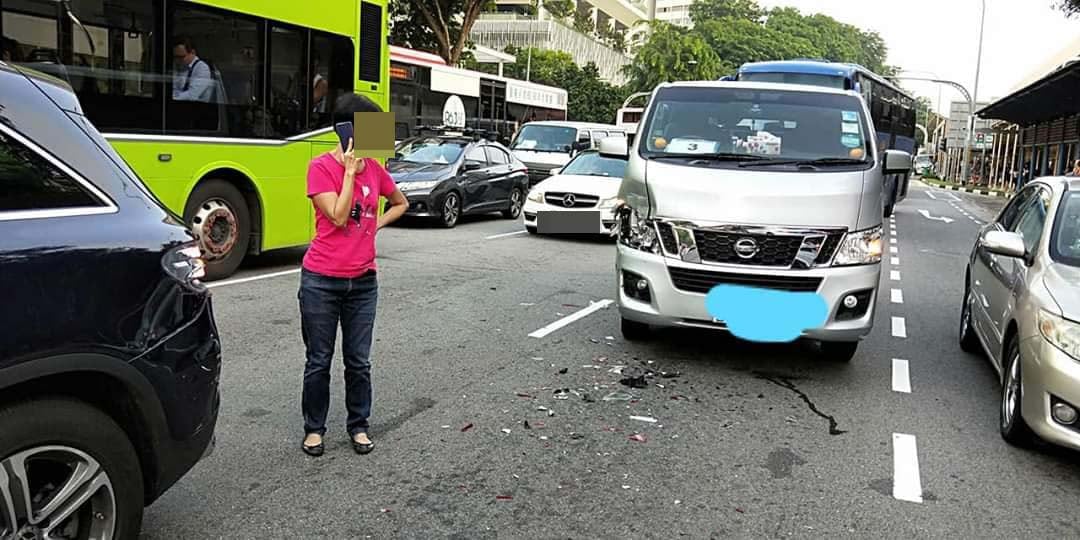 The exact location is directly opposite AMK Hub and Centro Residences.

According to Ms Halim, the taxi in front of her filtered out from the leftmost lane near the drop-off stand, all the way to the lane on her right, in just a matter of seconds.

This nearly caused Ms Halim’s car to collide with the taxi, but luckily, she managed to brake in time.

Her sudden braking action almost led to a head-on collision with a small school bus directly behind her.

Fortunately, the school bus quickly swerved left, avoiding what could have been a fatal accident.

The taxi driver allegedly drove off nonchalantly after that, but Ms Halim was able to get a clear picture of the car plate number. 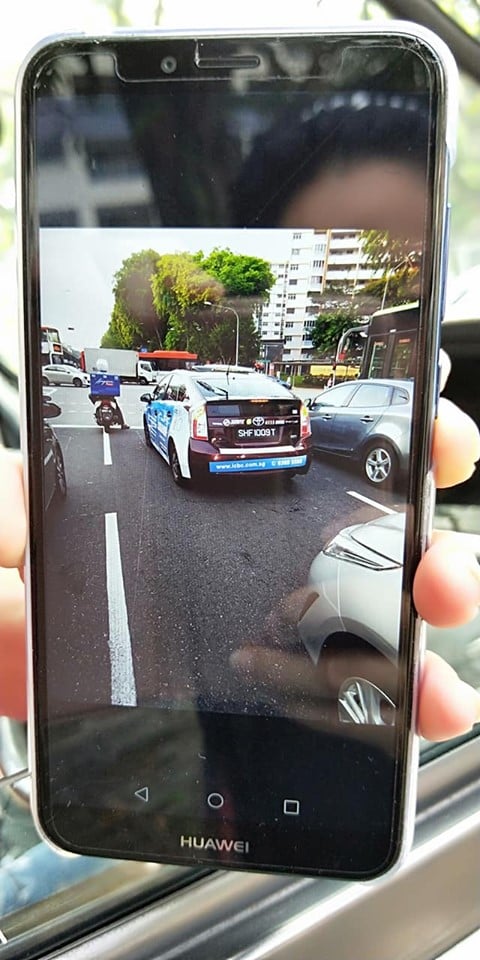 However, the dashcam in her car did not capture footage of the accident as she realised later that there wasn’t a memory card in the camera.

That’s why she posted an appeal for drivers to come forward with any available footage of the accident.

Ms Halim is now appealing for any witnesses to come forward with video footage of the accident.

We hope the parties involved will be able to find witnesses soon, and that they are not seriously hurt in the accident.