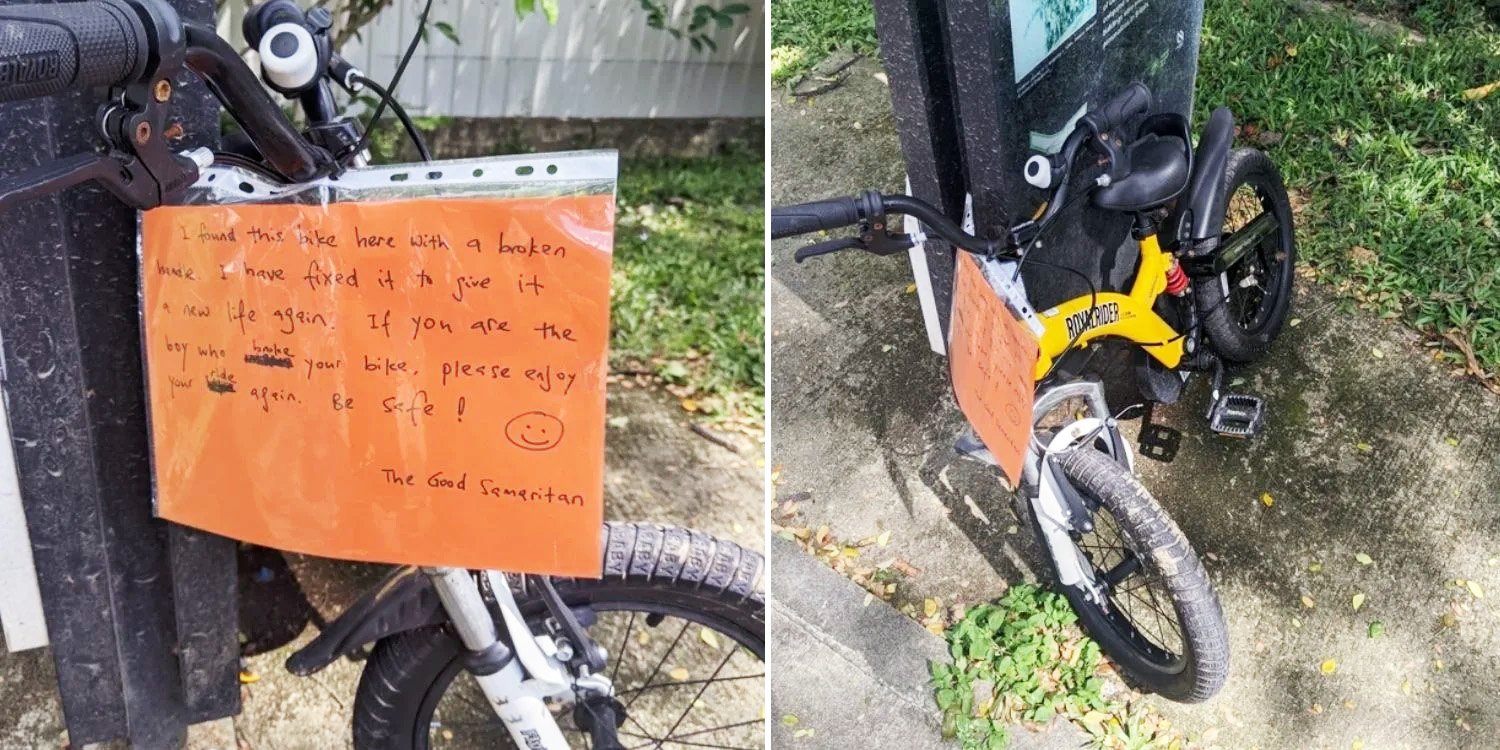 Ever since the pandemic, cycling has taken off in Singapore. More, including families with children, are heading out for bike rides to bask in the sun and explore our many scenic routes.

However, the increased usage of bicycles also led to abandoned bicycles becoming a more common sight in our parks and streets.

But luckily for this particular abandoned bicycle at a park in Queenstown, it was given a new lease of life despite having a broken handle. 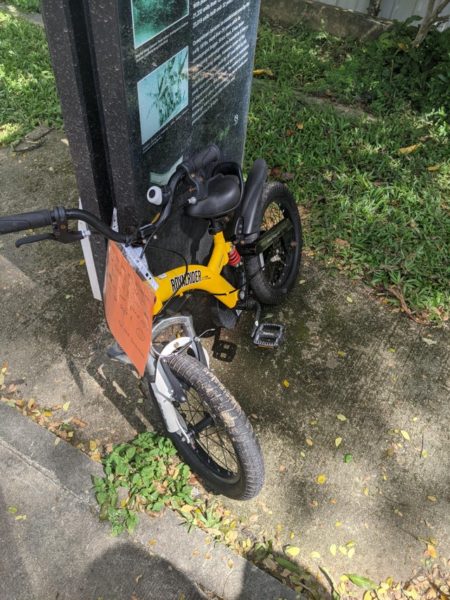 A kind person put in the effort to fix it, and left a note behind in hopes that the kid would get to enjoy riding it again.

According to a Reddit post, the OP found an abandoned kid’s bicycle at Alexandra Canal Linear Park on 17 Jan, with a note attached to it.

Apparently, the deserted bicycle parked against an information board had a broken handle. That was probably the reason its owner decided to part with it.

But a kind stranger who came across the bicycle decided it was too early to give up on it.

They fixed the handle and left a note hoping it can be reunited with its little owner. 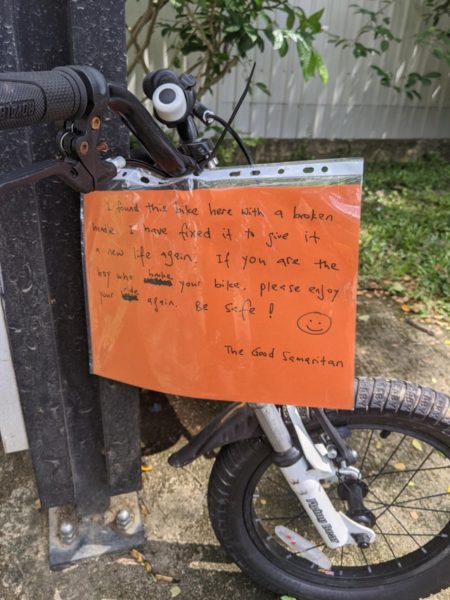 I found this bike here with a broken handle. I have fixed it to give it a new life again. If you are the boy who broke your bike, please enjoy your ride again. Be safe!

Random act of kindness inspires many

In response to the post, Redditors were touched by the person’s kind gesture, and expressed the hope and love it adds to our daily life.

One observed how the note was thoughtfully wrapped in a plastic folder to avoid wear and tear.

Some also referred to the stranger as one who “has a heart of gold”, expressing the hope a random act of kindness can add to our society.

With its handle repaired, this little bicycle is good as new.

Kudos to the kind stranger, because random acts of kindness like this go a long way in making our society a more compassionate one.

And just as the good Samaritan’s note says, we hope the bicycle can soon accompany its little owner’s journey, exploring the hidden beauties of our forests and shores.