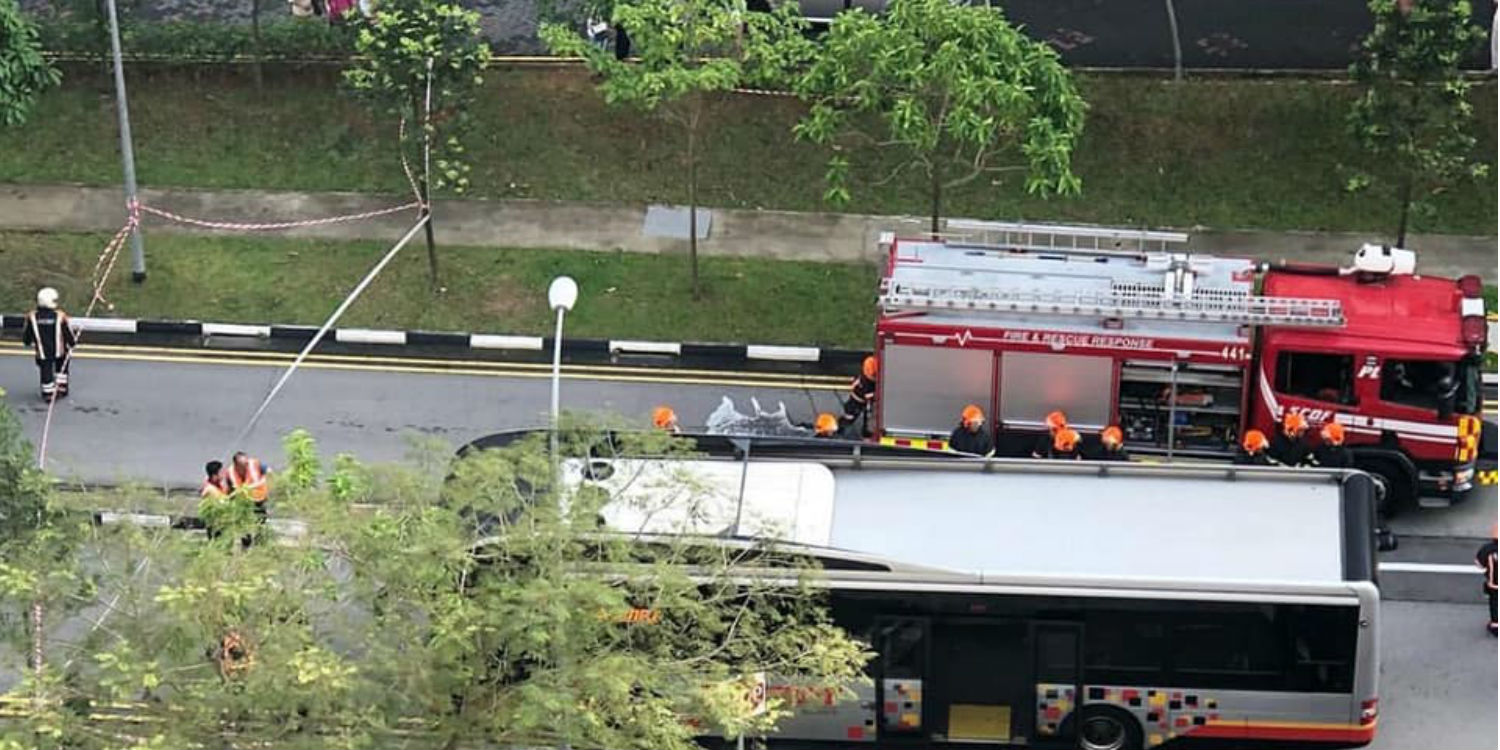 What had been a happy family reunion turned to tragedy this week when 6-year-old Ashvin was pinned under a bus in Choa Chu Kang.

Lianhe Wanbao reports that Ashvin’s father had recently moved into a rental unit in the neighbourhood.

Ashvin later succumbed to his injuries and died at the National University Hospital (NUH).

His body was sent back to Chennai, India on Friday (May 25) evening.

His grieving parents left for Chennai earlier that day.

The Straits Times reports that on Thursday morning, Ashvin and his mother had gone grocery shopping.

Ashvin brought along a scooter, although it is not know if it was an e-scooter or a regular pedal scooter.

Ashvin and his mother were near a bus stop along Choa Chu Kang Avenue 5 when Ashvin allegedly dashed onto the road in front of an incoming bus.

He ended up pinned near the rear wheel of the bus.

(Ashvin’s) mother was busy adjusting her grip on some groceries and his scooter.

Officers from the Singapore Civil Defence Force worked to extricate Ashvin from under the bus and he was sent to NUH unconscious.

He died later that day.

While netizens were largely sympathetic towards Ashvin’s plight, a handful engaged in victim-shaming, racism and misogyny.

Racism, Misogyny And Speculation: How Singapore Netizens Reacted To A Tragedy

The police are investigating the incident further.

MustShareNews (MS News) understands that the 57-year-old bus driver is assisting with investigations.

While the investigation can’t bring back Ashvin, itmay help his grieving parents find some closure.