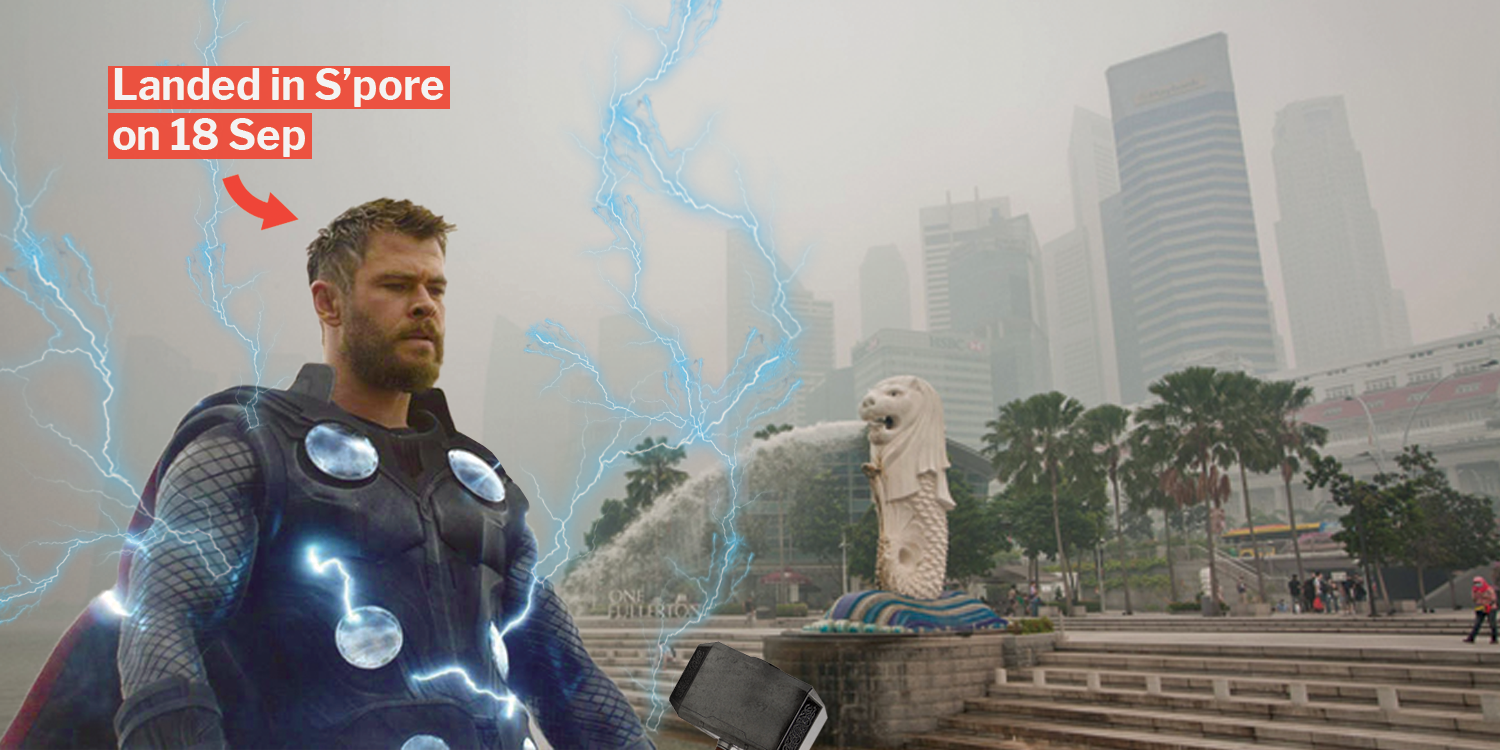 Chris Hemsworth, also known as Thor Odinson from the Marvel Cinematic Universe, is in hazy Singapore for the F1 Grand Prix this weekend (21-22 Sep).

He shared that he’s mainly here for the F1 Grand Prix, as well as a Tag Heuer event held at Gardens By The Bay on Wednesday (18 Sep).

News of his visit to Singapore has shook local fans, with many eager to catch a selfie with him in public.

Funnily, with the haze getting worse, netizens are also hoping the iconic ‘God of Thunder’ will be able to make the haze go away.

In his Instagram story, he greeted his fans from what seems to be one of the higher floors of the Marina Bay Sands hotel.

A hazy background of Singapore, which includes the Marina Bay area and the Benjamin Sheares bridge, can be seen.

He says in the video,

Hi, what’s up guys? I’m in Singapore for the moment for the Formula One Grand Prix and tonight I will be at a Formula 1 event tagging up with Tag Heuer, so do check it out.

In his following Instagram stories, he can be seen on the 57th floor of the hotel, where the infinity pool is located.

The stories also included scenes of him not being able to walk very far as he occasionally stopped to take photos with his fans.

His friends jokingly pout at the camera. This may be due to the number of times he’s had to stop.

Later in the day, he attended the Tag Heuer’s event along with Max Verstappen, the youngest driver to compete in Formula 1.

They were invited to play a game on BATAK – a reaction game – to see who reacts the quickest.

The victor turned out to be Max. Guess even the son of Odin just wasn’t fast enough.

Fans jokingly wish Chris Hemsworth can chase away the haze

As Chris Hemsworth is well-known for his role as the ‘God of Thunder’, many are jokingly wishing that he can chase away the haze, like this Facebook user below.

Meanwhile, another Facebook user remarked that Singapore has become less hazy because of his arrival and women ‘catching deep breaths’.

If you are looking to catch a glimpse of Thor himself and maybe even take a selfie with him, you can head down to the Formula 1 Grand Prix happening this weekend.

Featured image adapted from The Finder and Evening Standard.