During his conversation with the volunteers, Uncle Leong revealed that he has cancer and is expected to pass away within the next three to six months.

When asked what his final wishes were, Uncle Leong requested for new clothes that he could wear for Chinese New Year.

Chinese prefer to wear new clothes for Chinese New Year as they believe it represents a fresh start.

A bittersweet moment for the volunteers

The following week, volunteers went back to Uncle Leong’s residence with an assortment of new shoes, shirts, pants and underwear. They also brought with them a new mattress and bedsheets. 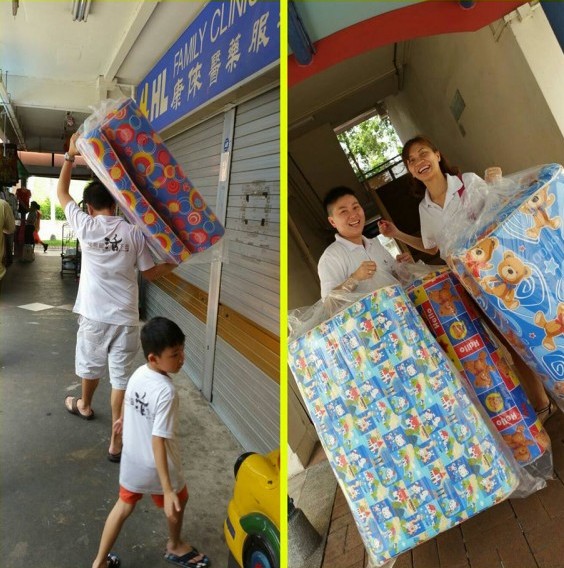 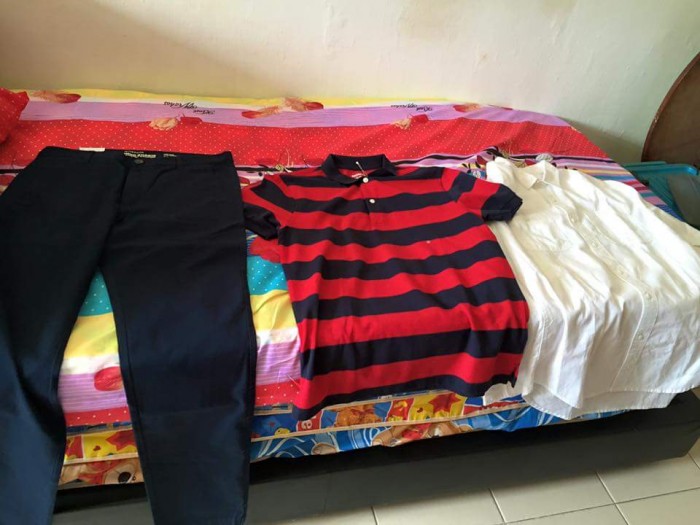 According to KHA’s account, Uncle Leong was all smiles when he received the gifts, while the volunteers were choking back tears. 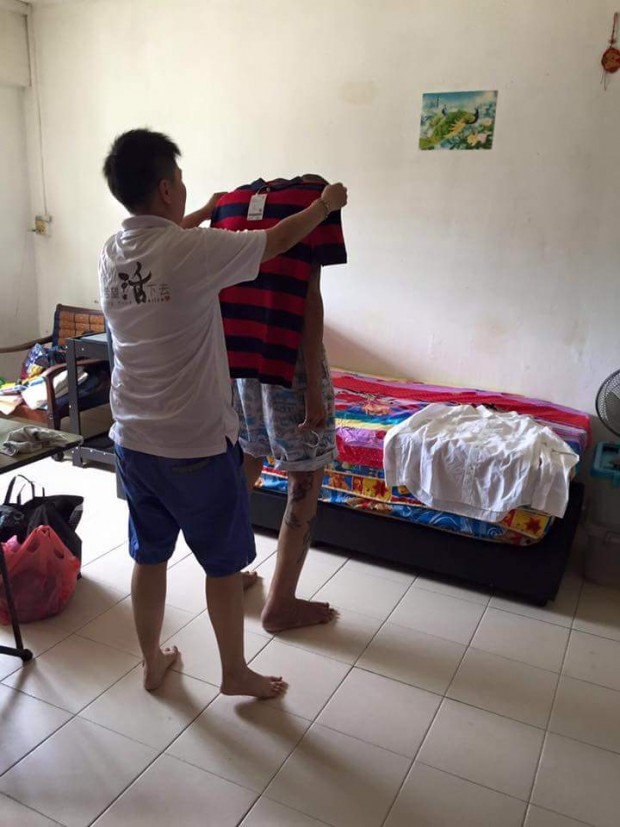 What you can do to help

Meanwhile, KHA is appealing for donations for new or used furniture for a unit in Jalan Merah as the occupant’s furniture is infested with bed bugs. Contact KHA by writing on its Facebook page here.

“Be kind whenever possible. It is always possible.” — Dalai Lama