UPDATE (1 Oct, 11.04am): Forever 21 has confirmed that it has no plans to close the Singapore store as reported by Channel NewsAsia (CNA).

It looks like there’s going to be one less place to shop at in Somerset.

There’s bad news for local shopaholics – Forever 21 will likely be pulling out of the Asian and European markets, according to a report by CNBC.

Rather than plain old bankruptcy, Forever 21 has filed for bankruptcy protection, which limits the amount that the company has to pay to creditors.

In an interview with CNBC, a spokesperson confirmed that the company has requested approval to close up to 178 of its domestic outlets in the USA. 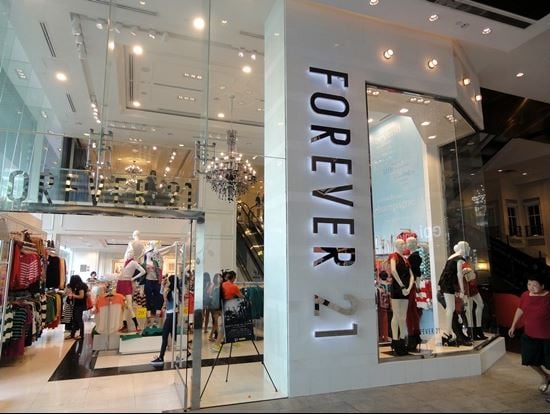 On a larger scale, plans to withdraw from the Asian and European markets are also underway.

Given that it has gone from having 4 Singaporean stores to only one, we won’t be surprised if the store at 313 @ Somerset closes too.

Preference for buying secondhand clothing has not bode well for Forever 21, one of the companies that pioneered fast fashion.

Despite plans to reduce its international presence, Forever 21 will continue to operate in the major American markets.

Funds amounting to hundreds of millions of US dollars from JP Morgan Chase & Co and TPG Sixth Street Partners will keep the brand afloat while it restructures itself.

For loyal customers out there, let’s hope that this doesn’t mean goodbye forever.

Despite the bad news, it is still unclear if or when our last Forever 21 outlet will close.

If you’re an avid fan of their clothes, this might be a good time to shop there before you lose the chance to. Who knows, they might announce a massive sale soon?