Must Share News – Independent News For Singaporeans
Home Lifestyle Phua Chu Kang To Have ‘1 Night Only’ Show In KL, So...

We’re sure most of us would know who Phua Chu Kang (PCK) aka the “best contractor in Singapore, JB and some say Batam” is.

For those who don’t, here’s a picture of him with his iconic mole and yellow boots. 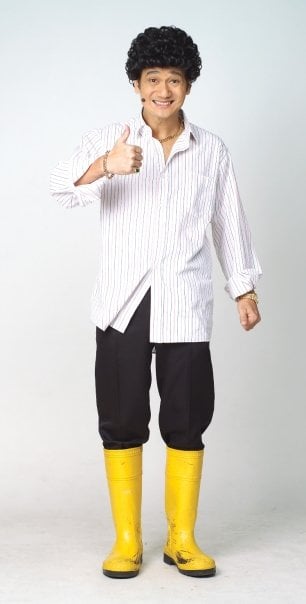 Does this image ring a bell?

For those who grew up watching him and remember laughing your heads off, you’re in for a treat as our favourite ah beng is having a ‘live’ show in Kuala Lumpur (KL) this November.

Performing in an exclusive show for one night only, this might be the golden opportunity to relive the nostalgic days of Y2K TV shows.

Phua Chu Kang ‘live’ on stage for one night only

For almost 10 years, PCK’s iconic yellow boots, permed hair and mole used to grace our TV screens and light up our homes.

But the uniquely Singaporean character who has also won the hearts of our Malaysian neighbours hasn’t had a ‘live’ comedy show before.

So the upcoming show in Malaysia will be a breath of fresh air, as he promises to come back “Bigger, Better, and Beng-er”. 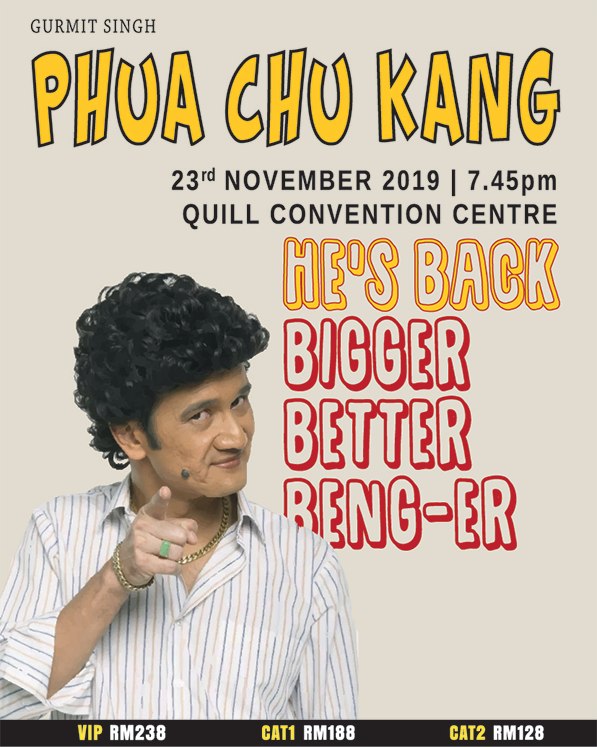 Sounds exciting right? With limited dates and seats available, you better hurry for a chance to see your favourite contractor in the flesh.

Here’s how you can chope your tickets.

Unlike most shows in Singapore which can set you back anything around S$100 or more, tickets for PCK are relatively cheaper.

VIP tickets will seat you right near the stage, so you might get a chance to catch a close-up view of PCK’s distinctive mole.

You can purchase your tickets online here, so all that’s left for you to do is plan your trip to KL. Why not include a short weekend getaway while you’re at it?

Here’s more information on the show:

Catch your favourite ah beng in the flesh

In case you’re having a little FOMO moment, don’t worry.

It’s not to late to book a coach or plane tickets to KL to catch your favourite ah beng in action but do remember to buy your show tickets first so you won’t waste a trip.

To hype you up a little, here’s a snippet from his previous appearance in Malaysia.

Are you excited for PCK’s comeback? Let us know in the comments below.