A General Election is in the works, but PM Lee refuses to say when

The General Elections (GE) are coming. That much is certain, according to Prime Minister (PM) Lee Hsien Loong when he appeared on “On Air With Minister”, a radio show on Capital 95.8 FM.

But PM Lee is a politician, and that means he’ll use weird analogies and be really cryptic from time to time. This was no exception.

“…the timing of the GE is unlike giving birth where there is some predictability when the child will be born.”

Prime Minister Lee Hsien Loong, in response to a question about when the GE will be held

When pressed by presenter Gao Yixin on the exact date (she asked if a baby had been conceived), this was what he replied with:

“The baby has already been conceived earlier on.” 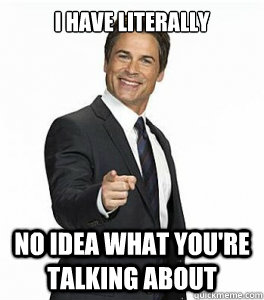 Maybe something was lost in translation, with the show done in Mandarin.

We reckon what PM really means is that plans for a General Election are already underway, but the due date is unknown.

All we really know is that it will be in the next two years, before the mandated January 2017 deadline to call for an election.

Other stuff he said about GE

1. He expects every seat to be contested during the GE

Perhaps fearing the effect of voters who wish to see more representation from the Opposition, PM Lee reminded everyone that every vote is important, because every seat will be contested and it was no longer a guarantee that the PAP will form the Government.

Imagine seeing another majority party in the Government. Now that would be the PAP’s worst nightmare.

2. He plans on bringing in potential ministers in the next GE

Yes, some of the current Cabinet ministers may not be seen again when the next GE rolls around, in accordance with the PAP’s stance of leadership renewal during every Election.

PM Lee mentioned that half of the new batch of leaders groomed by the PAP have already been revealed in the 2011 GE, which means there will be many more to come.

Of course, nobody besides the party itself knows who exactly these potential office-holders are, in order to prevent “sniping” by the Opposition to prevent these candidates from being voted into Parliament.

Naturally, PM Lee is keeping his cards close to his chest.

3. He will not adopt Mr. Lee Kuan Yew’s “strong leadership”

Despite accusations of nepotism when PM Lee took up office as Prime Minister back in 2004, he has been determined to make a shift away from the “parent-styled” leadership that his father, Mr. Lee Kuan Yew, favoured.

PM Lee is in favour of consultation and engagement with Singaporeans, but also stressed that he will not simply do everything that the people want.

It is only a matter of time

Looks like PM Lee is getting ready for a fight.

We do know that he does not have a sharp hatchet in his bag. But what else does he have up his sleeve? Maybe some goodies in the form of the Budget next year?

A war is imminent.  GE is coming.