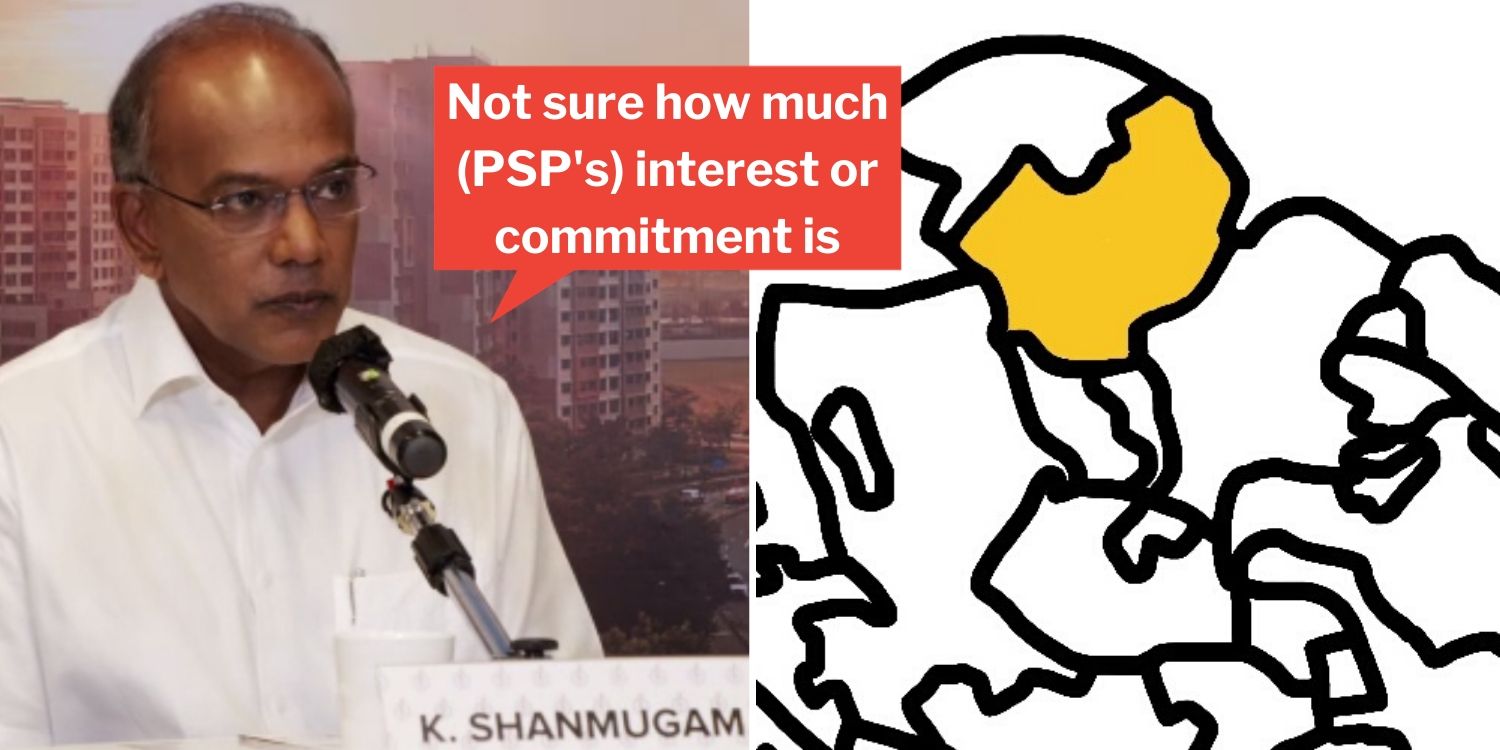 The GRC was previously contested by the WP.

Law and Home Minister K Shanmugam has fired the first salvo in the campaign for his Nee Soon Group Representation Constituency (GRC).

He noted that the Progress Singapore Party (PSP), who is contesting the GRC in the 2020 General Election, had wanted to trade it with other opposition parties.

That’s something he described as “half-hearted”, as he’s not sure how strong the PSP’s interest in the GRC is. 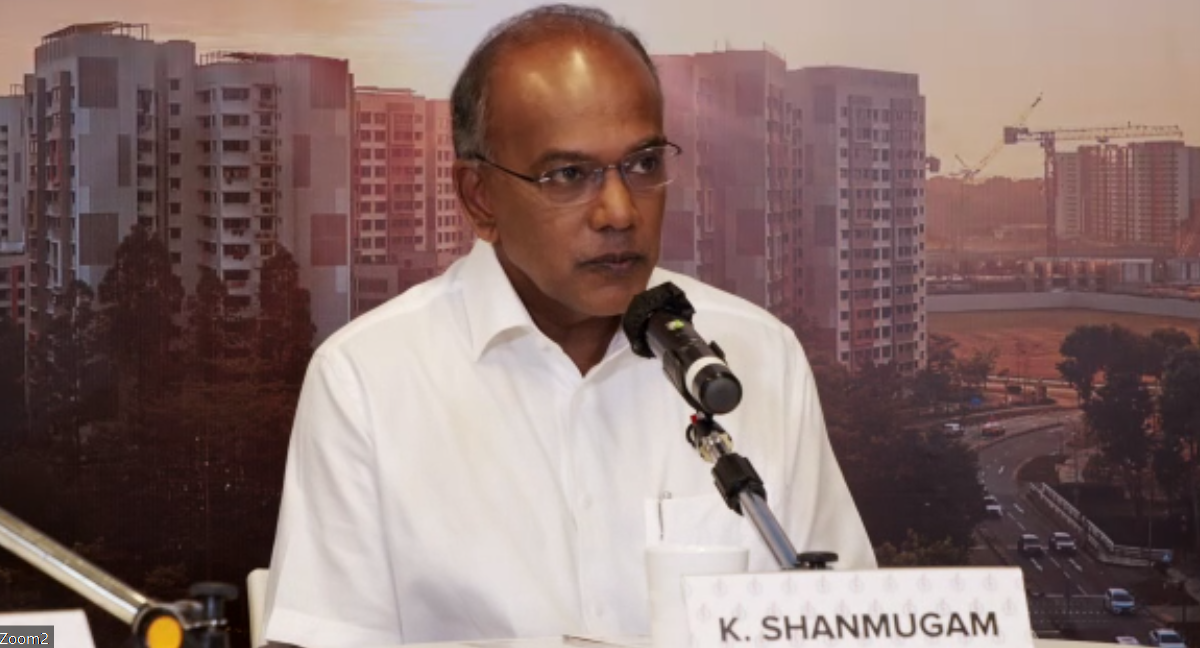 Mr Shanmugam was replying to a reporter at a press conference on Wednesday (1 Jul), who asked about his People’s Action Party (PAP) team’s battle plans for the GRC.

The reporter also pointed out that the GRC was contested by the Workers’ Party (WP) during GE2011 and GE2015, but now it’s a different party running there.

Mr Shanmugam said that the different rival this time round doesn’t affect the battle plans much, and they have a clear view on what to do.

Thinking back to the time before 2011 before Nee Soon GRC was formed, he noted that opposition parties like the Singapore Democratic Party (SDP) had contested there before and won a seat in Nee Soon Central.

Next came the WP, but “for reasons best known to themselves, they’ve decided not to come back”, but he did not want to speculate why. On the new challenge from the PSP, Mr Shanmugam said a week ago, it offered to trade Nee Soon for some other constituency. 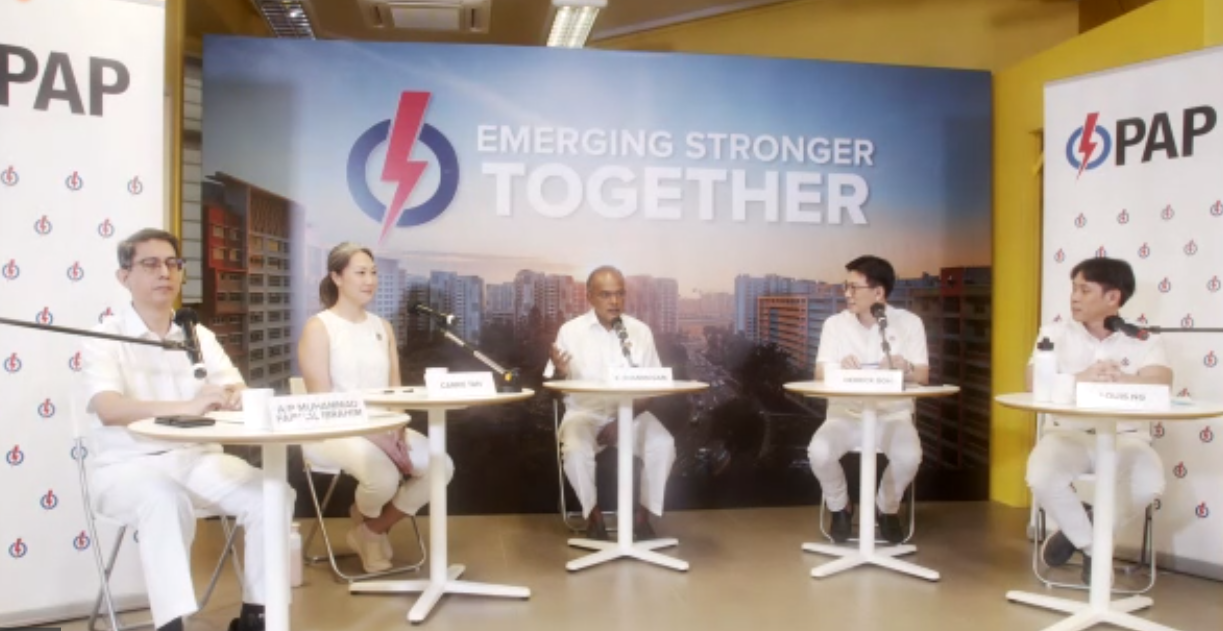 That’s why he said the PSP seems “very half-hearted” about it,

Not sure how much the interest or commitment is, I’m saying this just based on a week ago they seemed to be unsure whether they wanted to give it up or not.

Despite this, he said having a contest is good for the residents as it gives them a choice, and,

Whoever comes we will have to deal with it to the best of our ability.

From hotspot to stronghold

Mr Shanmugam added that the northern part of Singapore was not always a “PAP stronghold”, as a reporter put it.

He reminded him that Nee Soon Central was held by the SDP in the 1990s and Nee Soon South was won by just a couple of a thousand votes.

In fact, when Nee Soon GRC was formed in 2011, it was considered a potential hotspot – and that may be why the WP chose to contest there.

Thus, there’s a been a transformation in Nee Soon, he said, adding,

The real question is… what has happened in the intervening period for it to transfoRm from hotspot to make it seem to observers like you as a safe spot?

Thus, he said if any politician starts thinking that it’s going to be easy to win a certain area, he shouldn’t stand in elections as “every vote matters” and every spot should be regarded as a hotspot.

Residents will judge them over 5 years

Mr Shanmugam said as the incumbent party in Nee Soon GRC, the residents will judge them by what they have done over the last 5 years, not just what you’ve done right before the election,

People judge you not on the basis on you turning up… people will tell you, ‘oh you’ve done this I’ve seen you.’ This wasn’t done, and you have to explain why some things can and can’t be done.

That’s why the team’s ground plans won’t change – they will walk the ground and visit houses, so they can reconnect every stage of the way.

Due to the Covid-19 pandemic, Mr Shanmugam said there will be a lot of online campaigning, but they will also reach out to residents face-to-face, and seek to visit every house at least once.

He said Ms Tan left her great career in the private sector out of passion to serve women, and he’s looking forward for the passion and energy as she’s taken over an MP who practically lives in Nee Soon South – Dr Lee Bee Wah.

Returning MP Louis Ng has been doing excellent work at the Town Council chairman and bringing in ideas on issues close to his heart. He’s also the MP who has asked the most questions in Parliament.

Associate Professor Muhammad Faishal Ibrahim is quiet and unassuming, but because of the way he handles the ground, people have confidence in him. He helps Minister-in-charge of Muslim Affairs Masagos Zulkifli quite a bit too.

Lee Bee Wah’s successor will bring her brand of empathy

Ms Tan, 38, who is taking over Dr Lee at Nee Soon South, said she will focus on elderly citizens, those who have lost their jobs and sandwich generation families if elected.

She acknowledges that being Dr Lee’s successor, she has big shoes to fill, but said she will also bring her brand of empathy to the ward.

She says it’s a great to be a part of people’s lives, and is confident that the people will see her sincerity over time. 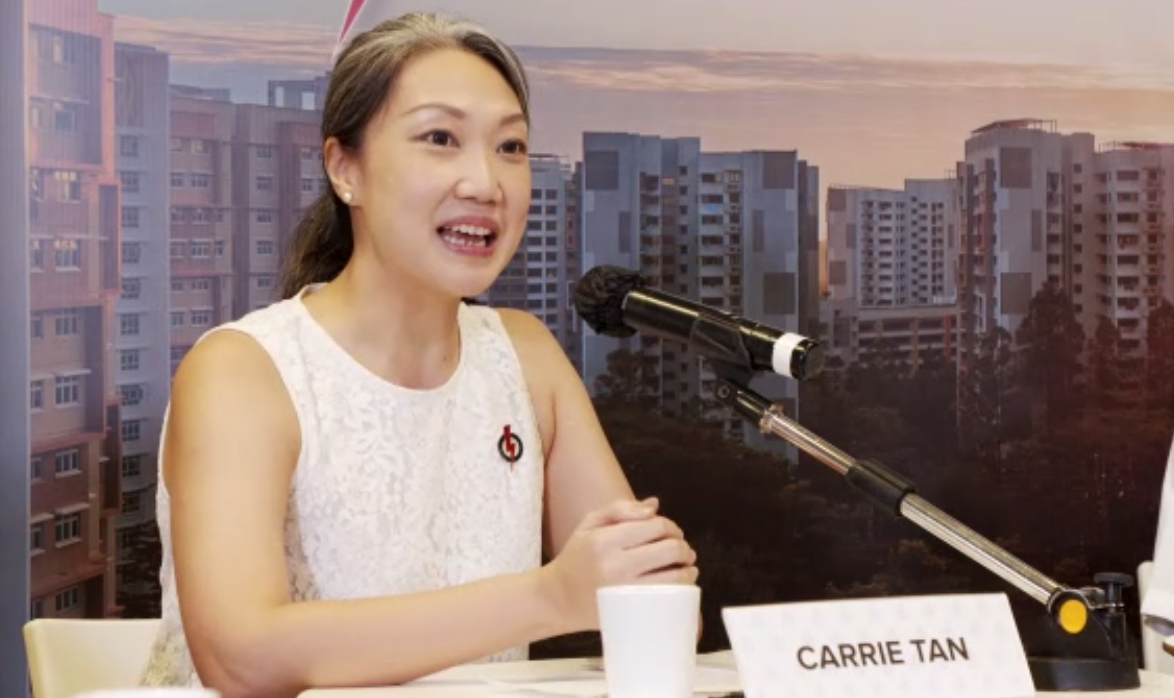 Derrick Goh says his roots are in S’pore

Mr Goh,51, has been volunteering in the grassroots for 7 years, in Chong Pang and Yishun Link.

He’s now at DBS Bank, and he’s been working in the banking industry for 27 years, but had his start in the media at Singapore Press Holdings. 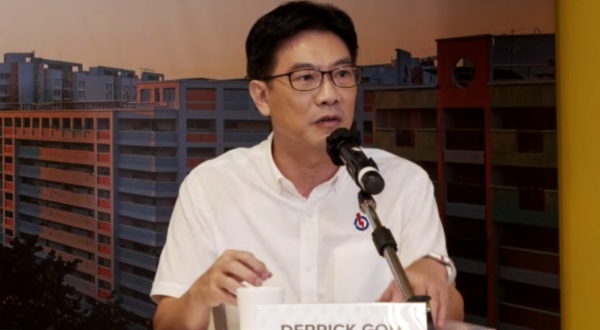 He’s spent some time overseas with his wife and children, and they were comfortable there, but never intended to stay overseas permanently. Thus, they decided to return to Singapore in 2007.

He said their roots are in Singapore, and they wanted their children to be raised in the local education system.

He added that despite having lived in several first-world cities, Singapore is the best in terms of social mobility. That’s why his family is happy to be back.

Prof Muhammad Faishal Ibrahim, 52, said Nee Soon may have transformed over the years, he says it’s still “our kampung”, and it’s these bonds that he likes in Nee Soon.

He hopes he can get a strong mandate from the people so they can continue the meaningful journey. 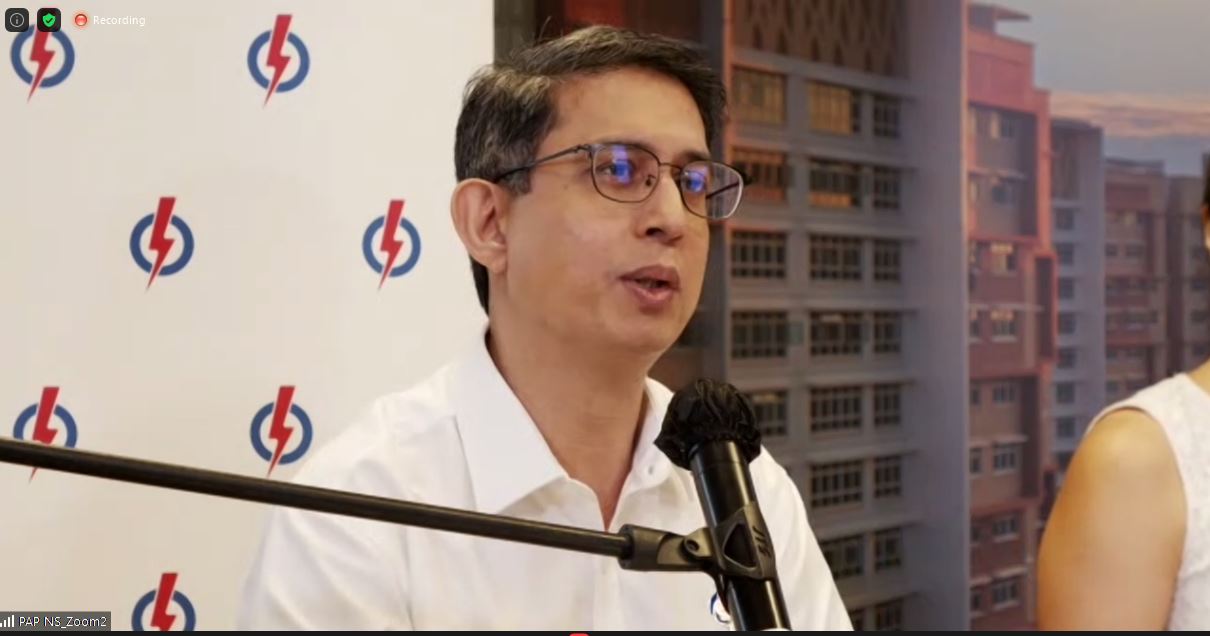 Louis Ng is not done with Nee Soon

He says he’s also not done speaking up, and has a piece of legislation he wants to push through Parliament. 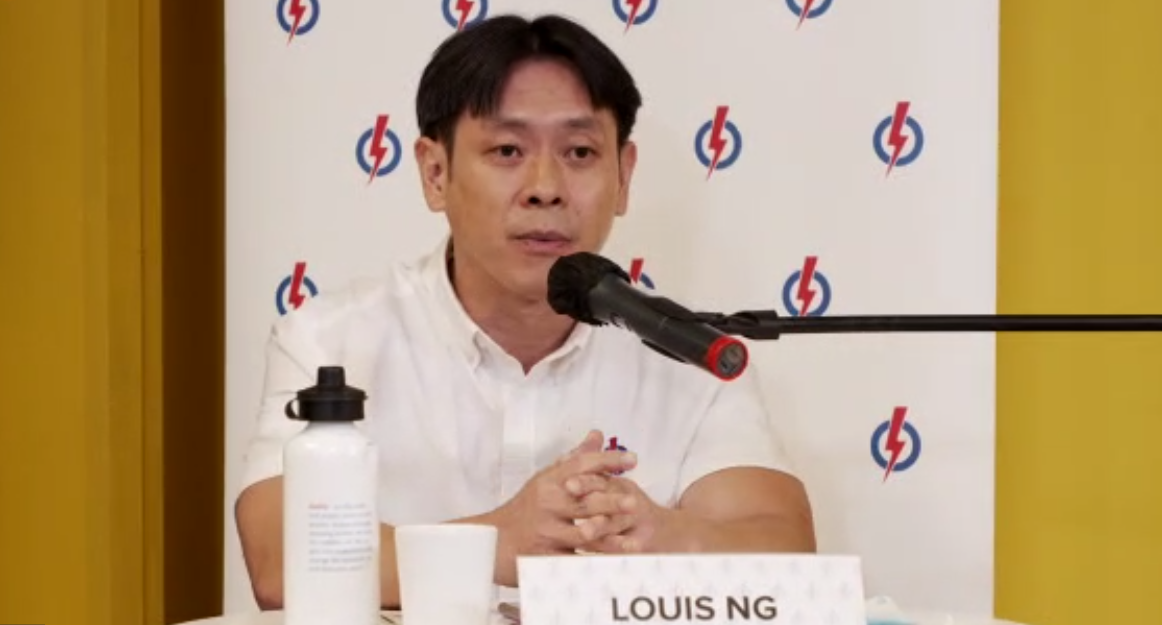 He says he’s kept his promise for the last 5 years, and will continue to keep that promise if elected.

The PAP team is facing off against a PSP team comprising: 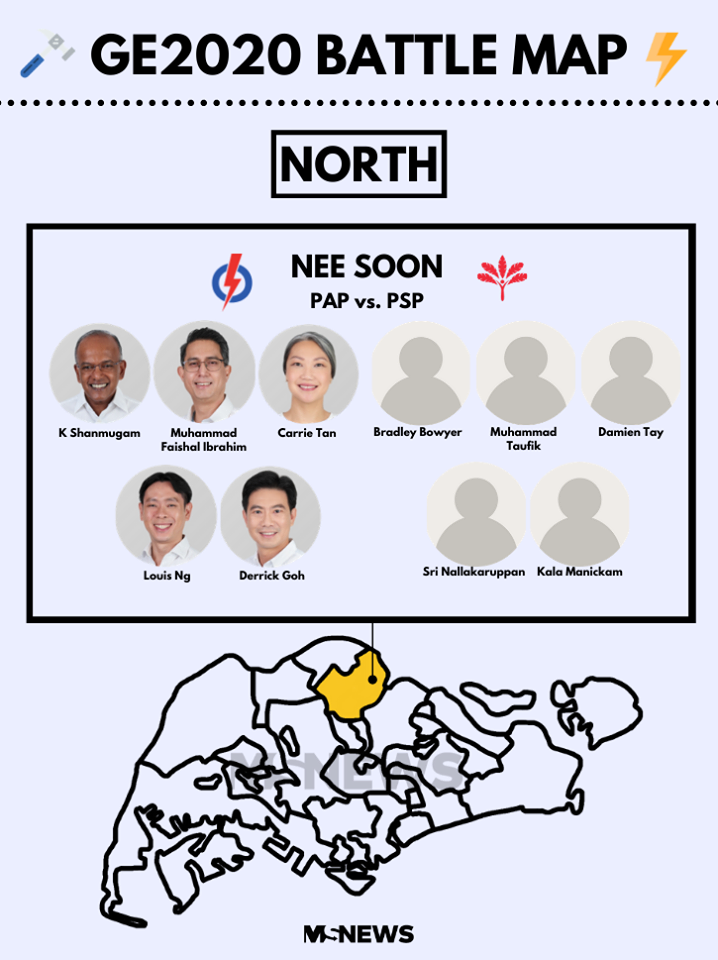 We wish the candidates all the best.