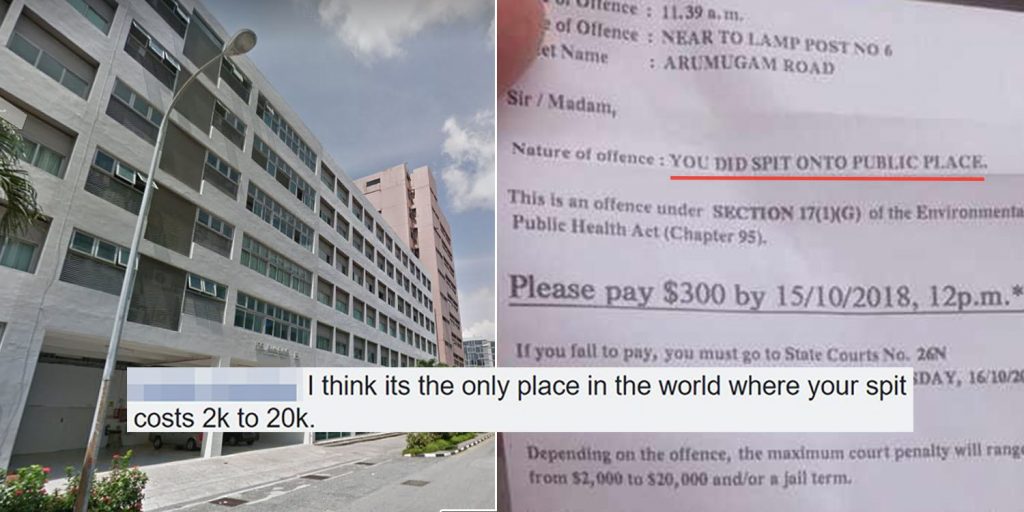 Spitting Offender Did Not Gain Netizens’ Sympathy At All A man who spit at near Lamp Post No. 6 at Arumugam Road was in for a rude shock after he was issued a ticket from a police officer. This may or may not be Lamp Post No. 6 Source He submitted a screenshot of the ticket to local news site All Singapore Stuff. The funny thing is, the summons ticket was hilariously specific about his offence. Source Very specific offence According to the ticket posted, the nature of his offence was, YOU DID SPIT ONTO PUBLIC PLACE. In all caps, with a passive aggressive full-stop to boot. If he failed to pay $300 by 12pm on 15 Oct, he’d be hauled to the State Courts. Of course, the ticket even informed him of the exact space-time coordinates he’d need to get there, State Courts No. 26N at 1 Havelock Square, Singapore 059724 on TUESDAY, 16/10/2018 at 6PM. Leaving the matter to be resolved in courts may make him liable to a fine from $2,000 to $20,000 and/or a jail term. In the event he tried to pon this court session, the summon stated, Failure to attend Court will expose you […] 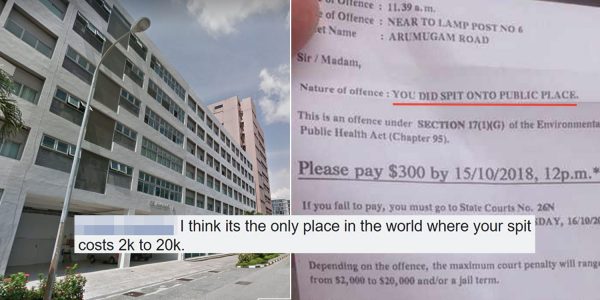