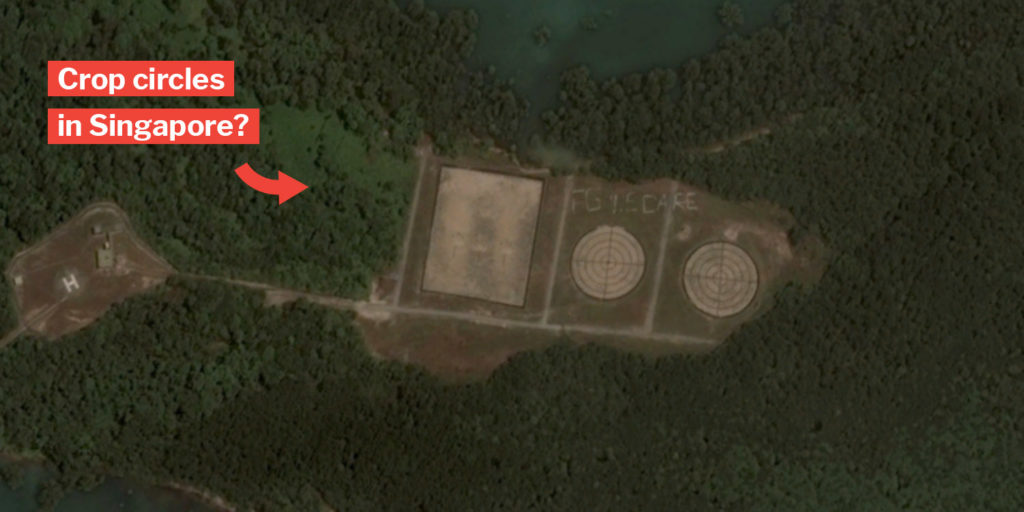 Strange Singapore Sights On Google Maps Stranded, hungry and possibly dead, life without Google Maps would suck. The app doesn’t only give us directions though — it’s a great way of exploring the world around us. While exploring Singapore on Google Maps, we spotted several intriguing sights. Here are 7 of the most bizarre images just begging for an explanation. 1. Crop circles Source Our first stop brings us to Pulau Pawai, an island located off the south-western coast of Singapore. Immediately, we noticed two large crop circle-esque shapes and the words “FG WE DARE” above it. Is this the work of extraterrestrials or aliens? Are they trying to communicate with us? Explanation: Palau Pawai is one of three islands located within the Singapore Armed Force’s Live Firing Area. It is used as a practice range by both the Navy and the Air Force. The ‘crop circles’ are actually targets for shelling and aircraft-mounted weapons. But what does “FG WE DARE” mean? In 2016, during an Air Force inter fighter squadron competition, crew from the 143 Squadron “Phoenix” decided to play a prank on other squadrons. They spelled out the their motto – ‘We Dare’ – using toilet paper and cloth on […] 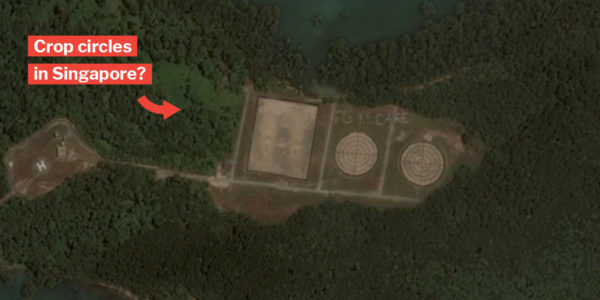