The app doesn’t only give us directions though — it’s a great way of exploring the world around us.

Here are 7 of the most bizarre images just begging for an explanation.

Our first stop brings us to Pulau Pawai, an island located off the south-western coast of Singapore.

Immediately, we noticed two large crop circle-esque shapes and the words “FG WE DARE” above it.

Is this the work of extraterrestrials or aliens? Are they trying to communicate with us?

Explanation: Palau Pawai is one of three islands located within the Singapore Armed Force’s Live Firing Area. It is used as a practice range by both the Navy and the Air Force. The ‘crop circles’ are actually targets for shelling and aircraft-mounted weapons.

But what does “FG WE DARE” mean?

In 2016, during an Air Force inter fighter squadron competition, crew from the 143 Squadron “Phoenix” decided to play a prank on other squadrons.

They spelled out the their motto – ‘We Dare’ – using toilet paper and cloth on the bombing court. This way, competing fighters coming into the bombing court had no choice but to see those words staring through their HUD. 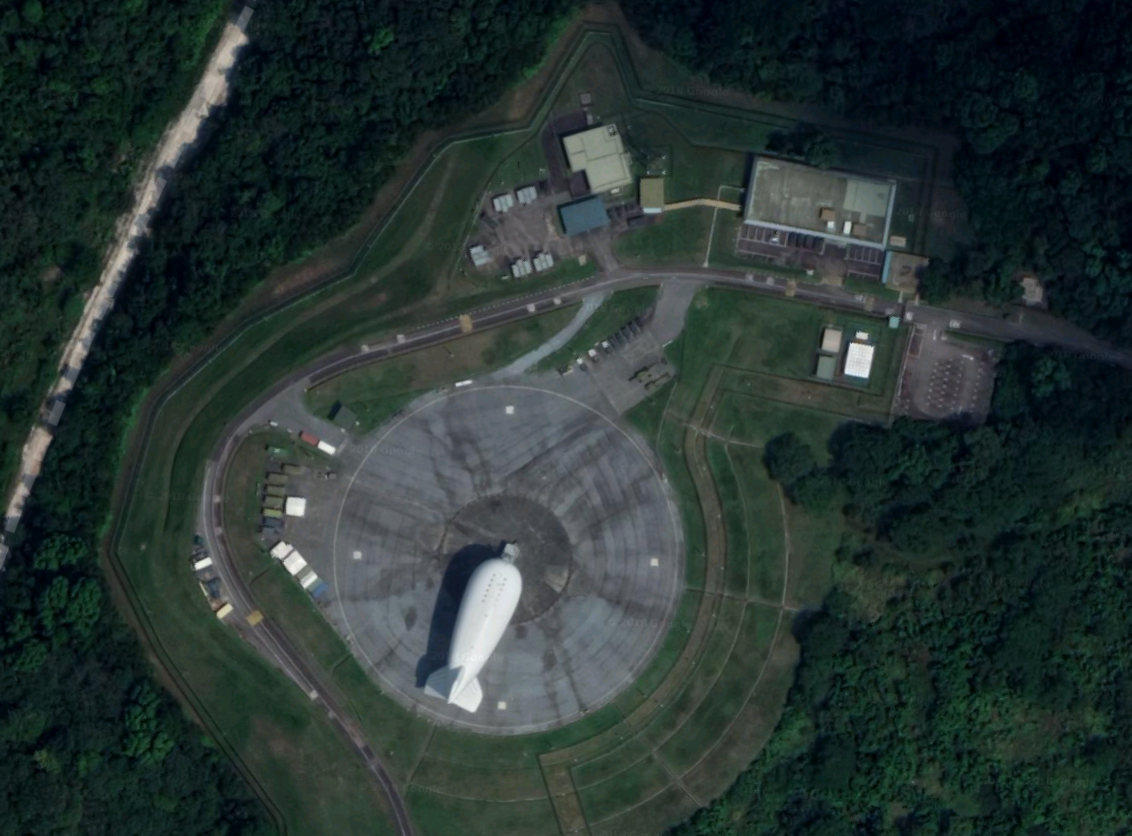 Deep in Tengah, we come across an odd looking aircraft docked in the middle of a heavily forested area.

Is this part of a deep state conspiracy? Has the SAF started conscripting aliens too? Are they down here for their IPPT appointments? Explanation: Meet the RSAF’s Aerostat.  Handed over in 2016, the floating radar-equipped balloon has been scanning Singapore’s skies and seas for threats for the last two years. Many confused residents in neighboring Jurong have spotted it floating around in the skies above them. 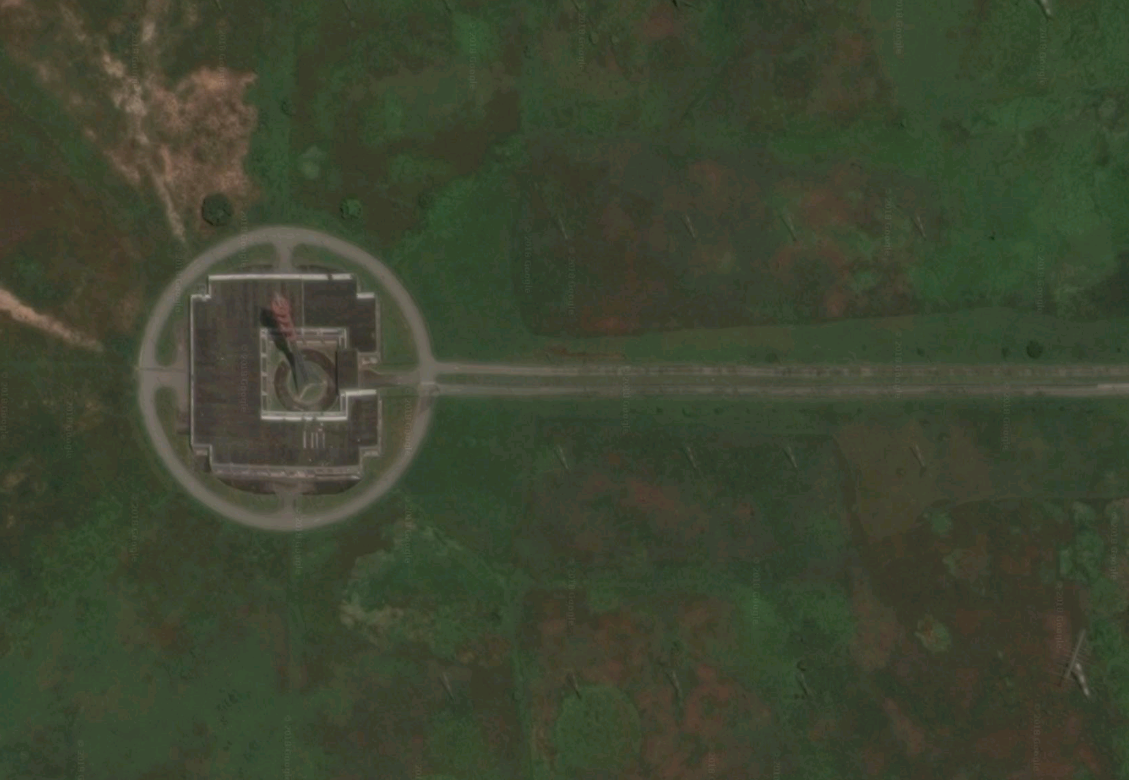 Somewhere in Kranji, next to ulu farms and the Kranji Reservoir stands a lone building with what seems to be a transmission tower on top of it.

Explanation: For around 75 years now, the BBC Far East Relay Station has been broadcasting BBC radio programs around the region. Transmission from the BBC Kranji broadcasting station can be picked up all the way in Uruguay, 16,000km away in South America. Holland Village, known for its hipster cafes and millennials, is home to Anglo-Chinese School (International).

The students of ACS (International) seem to have a message for us though. 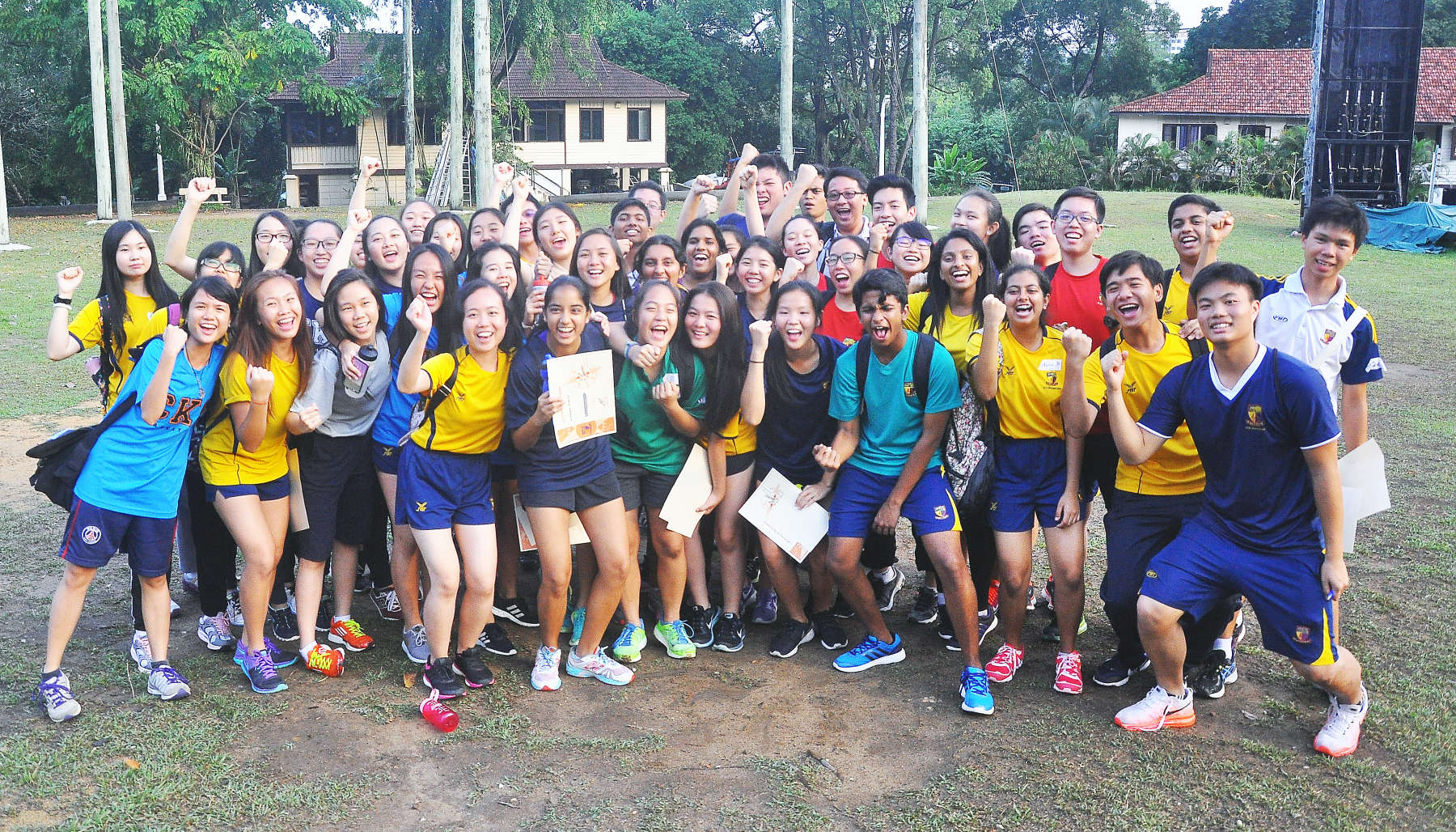 Explanation: ACS (International) has a house system in which each student is allocated to one of eight school houses. The houses then compete through various inter-house activities that occur throughout the year. According to the school website, CKS or Cheong Koon Seng, is the name of one of these houses. Hence, it is conceivable that a house picture was being taken while a satellite flew over the school. 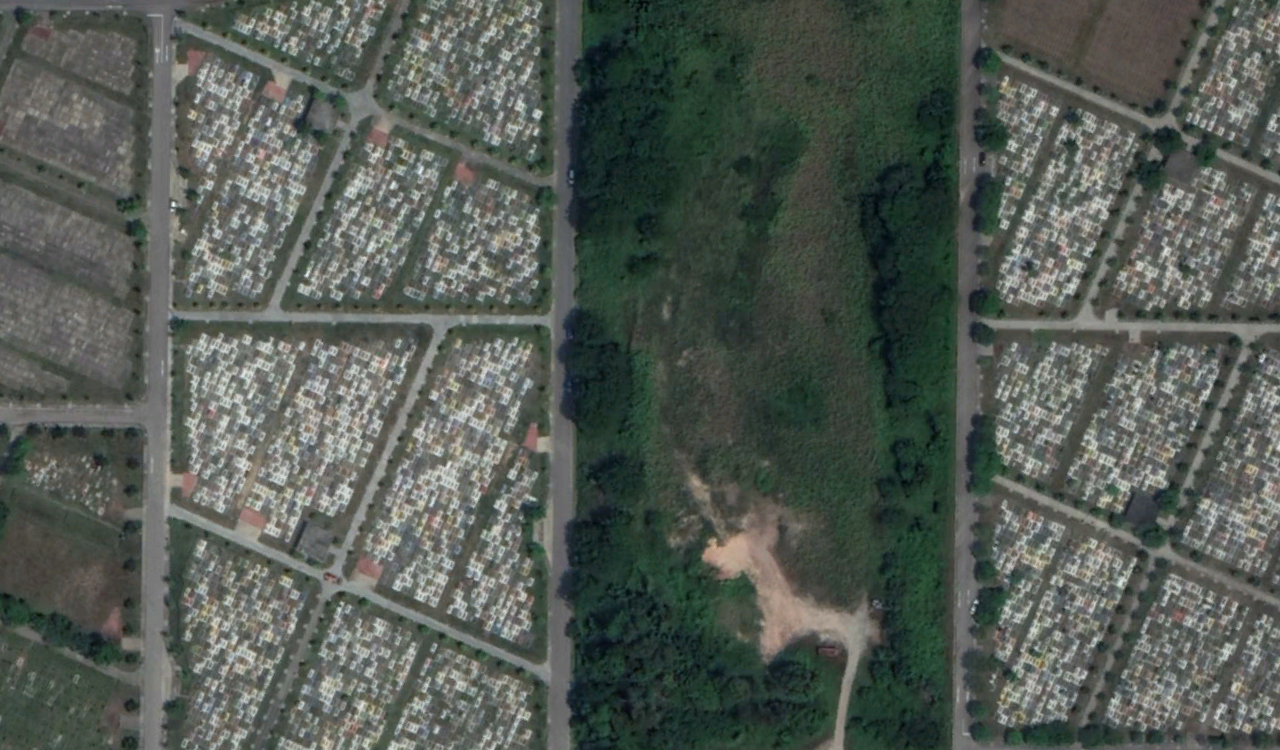 While looking around the Lim Chu Kang area, we came across this massive site with thousands of little rectangles pointing to one direction. 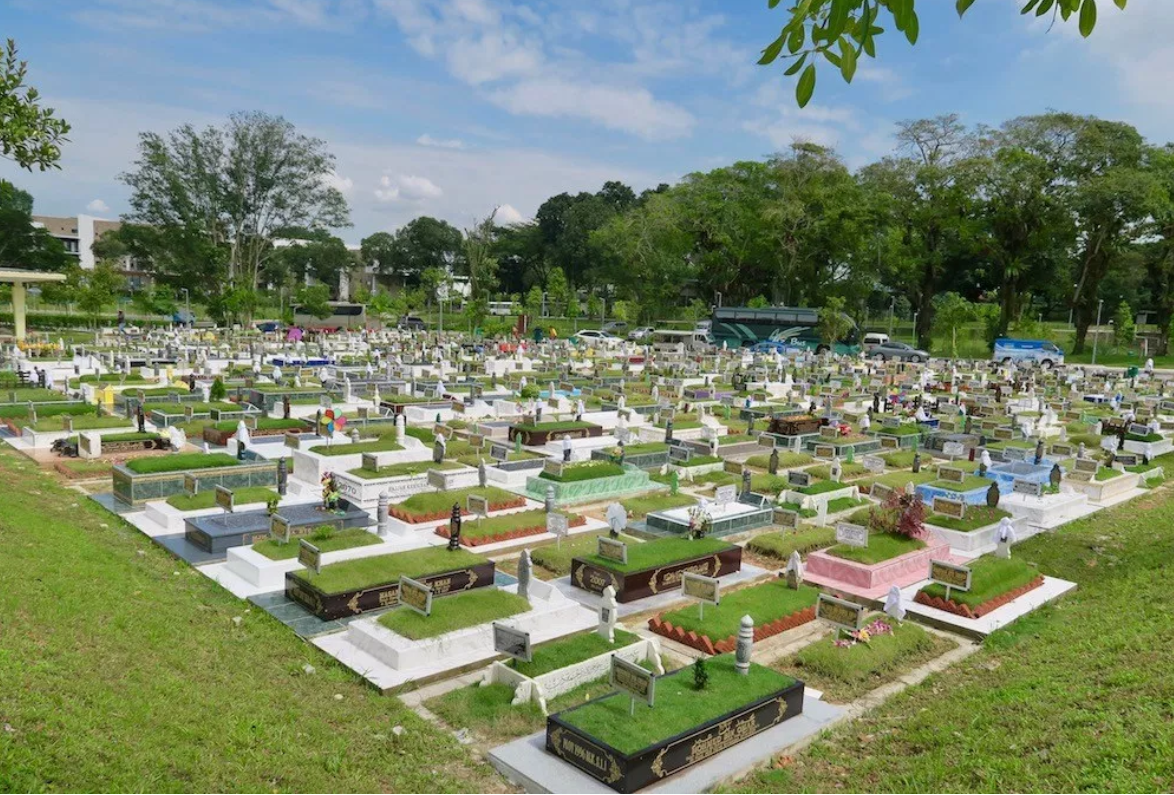 Explanation: What you are looking at is the Choa Chu Kang Muslim Cemetery.

The geometric patterns you can notice in the satellite imagery come about due to Islamic traditions.They dictate that graves should be dug at right angles to the directions of Mecca. This is to ensure that bodies placed in the grave – which lay on its right side – face Mecca. 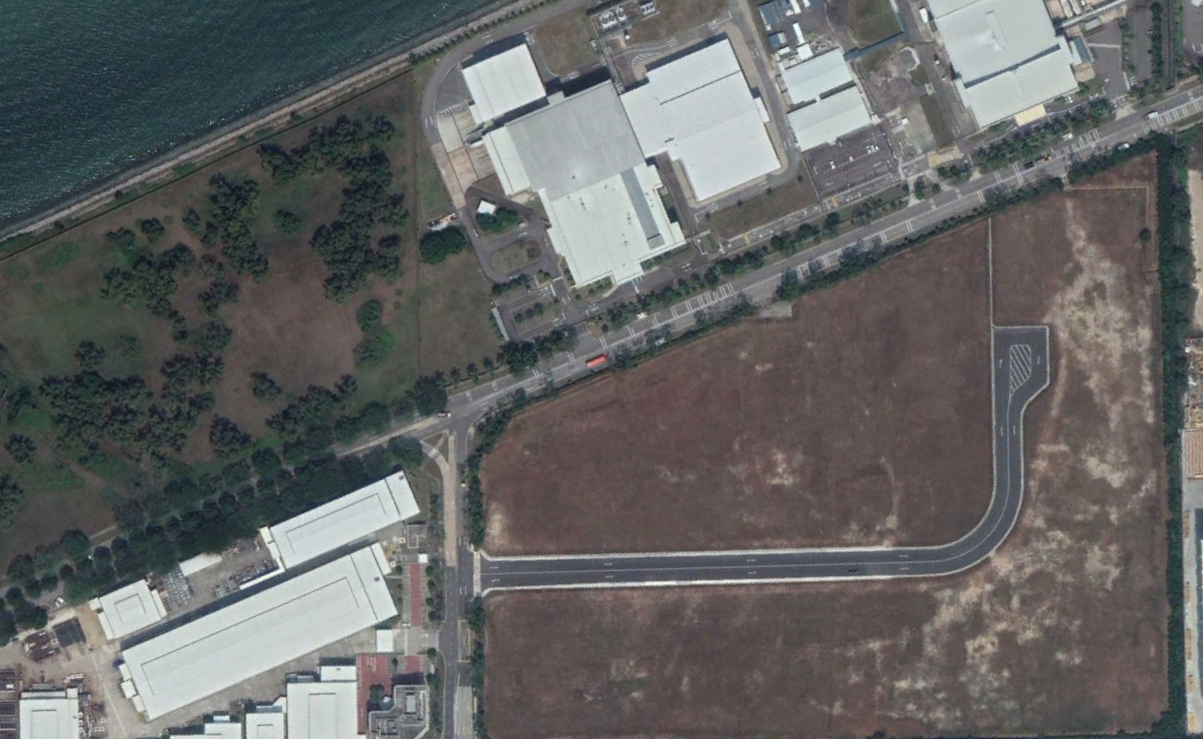 Nestled away in the industrial estates of  Tuas, is a road that literally leads nowhere.

Explanation: TBVH there isn’t one. Google Maps doesn’t even recognise the street — it apparently doesn’t exist. Street Directory however states that the plot of land houses an industrial estate which is under construction.

Near Woodlands, there is an abandoned underground tunnel that faces Malaysia.

There were many theories about the facility – some thought that it was a military tunnel connecting Singapore and Malaysia, while others theorised that it was a tunnel that led to nearby ex-mental institute called View Road Hospital.

Explanation: The tunnel is actually an ammunition storage unit, built by the British in 1942 to support the nearby British Naval Base.

The site was then handed over to the Ministry of Defense (MINDEF) in 1971, when it was renovated and named the Sembawang Ammunition Depot. It has been left abandoned since being decommissioned in 2002.

Have you come across other curious Singaporean sights on Google Maps?

Let us know in the comments what other mysteries we should investigate.