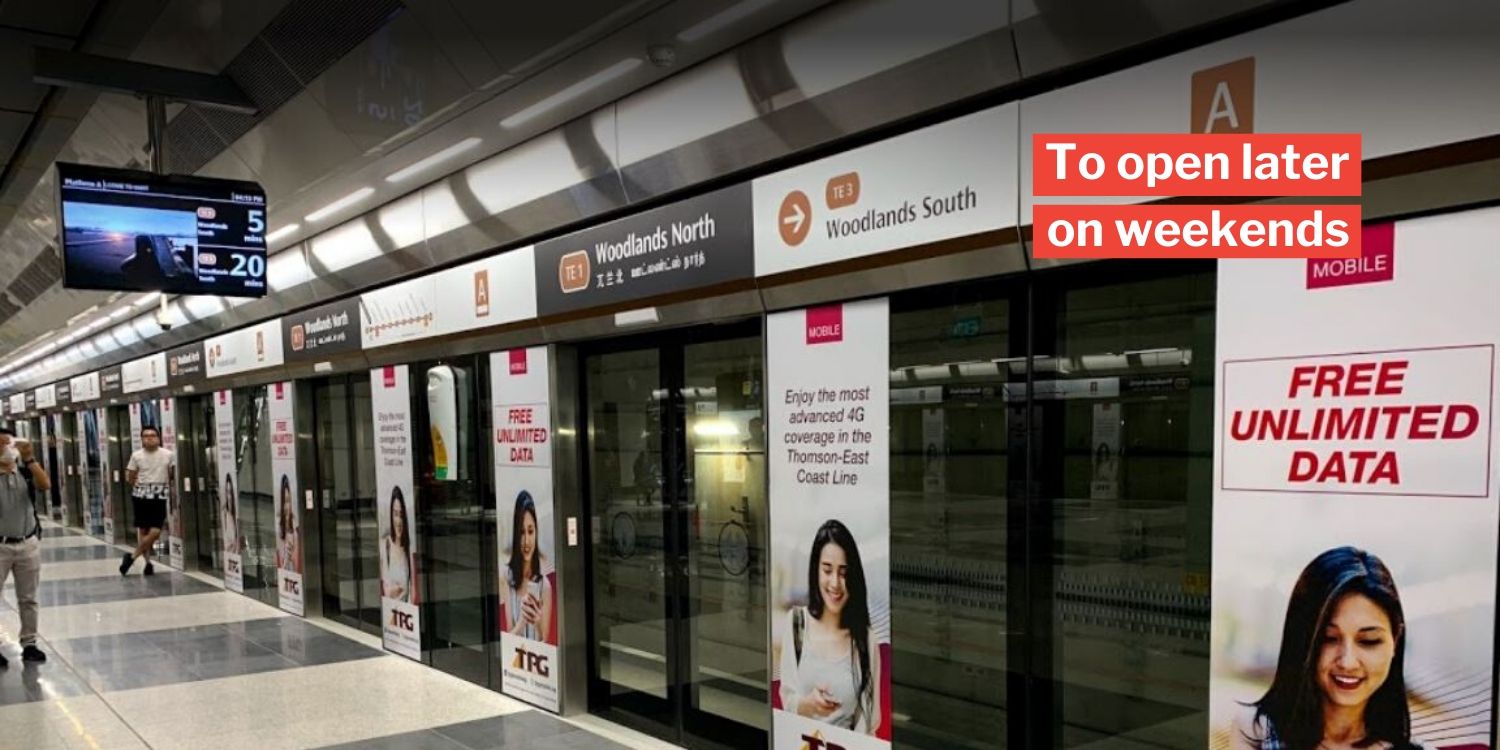 It's to facilitate testing for stage 2.

TEL Stations In Woodlands To Close At 9pm Daily From 20 Jul To 30 Aug, Open Later On Weekends

If you’re a frequent commuter on the Thomson-East Coast Line (TEL), you might have to change your schedule a bit.

That’s because all 3 TEL stations in Woodlands will close earlier at 9pm and, open later on weekends, from 20 Jul to 30 Aug. 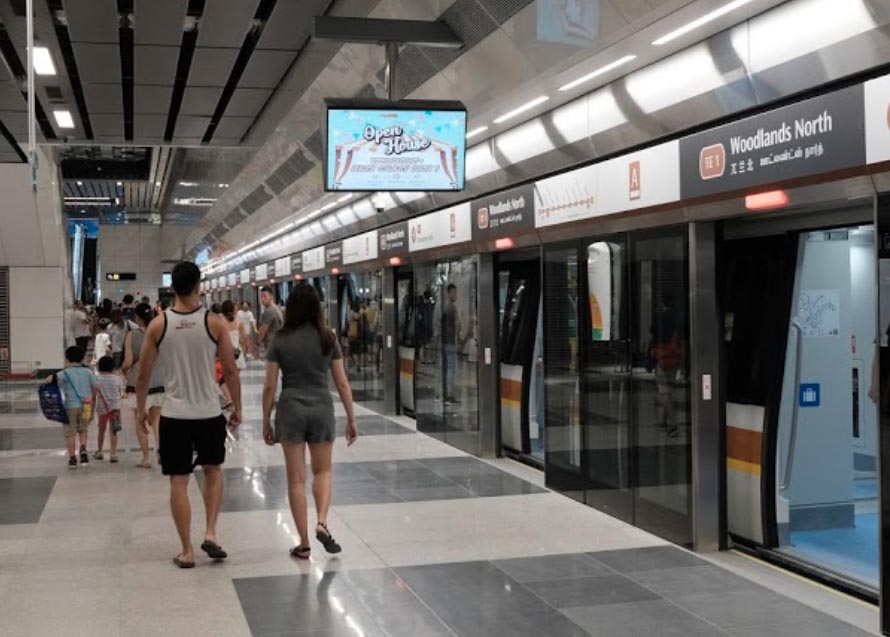 In a Facebook post on Wednesday (15 Jul), SMRT said the reduction in service hours was to facilitate testing of the trains and systems in anticipation for the opening of stage 2 of the TEL at the end of the year. 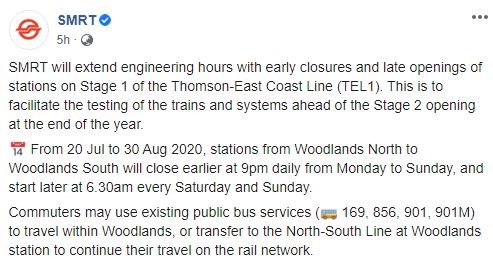 These 3 TEL stations will now close at 9pm daily during this period.

They will also open later at 6.30am on weekends and public holidays. 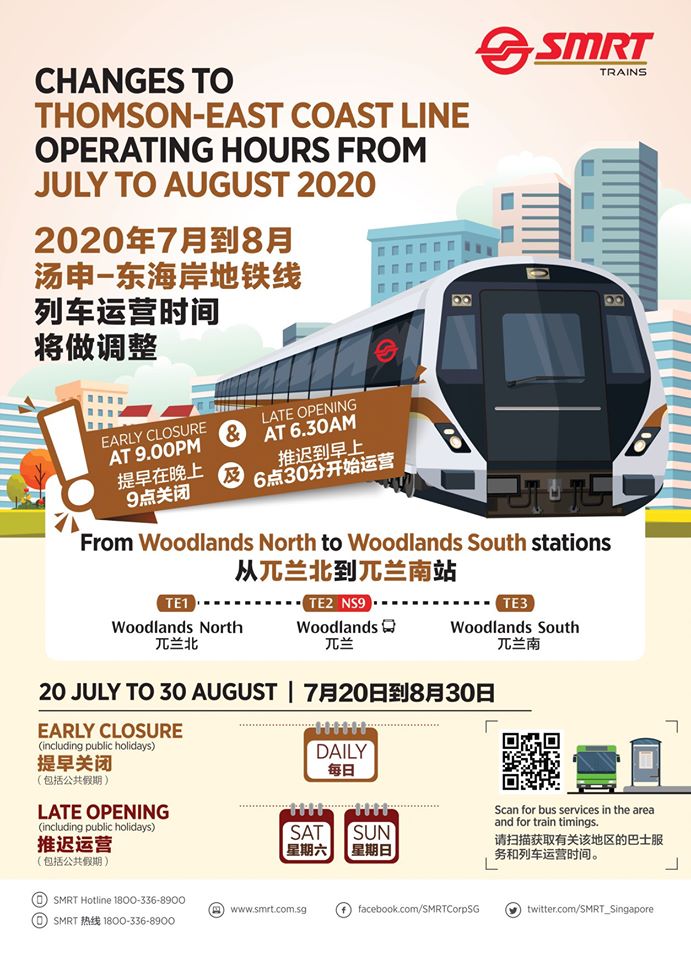 Whole line will be affected

The whole line that is in operation so far will be affected – meaning all 3 stations:

As there will be no shuttle buses provided, SMRT has also advised commuters travelling within Woodlands to rely on existing bus services.

Such bus services include:

SMRT has also advised commuters to transfer to the North-South Line (NSL) at Woodlands NSL station, which will be open as normal, if they wish to continue their journey via MRT.

While we understand this may cause inconvenience to Woodlands residents, it’s necessary to facilitate the opening of stage 2, which would better connect the northern part of Singapore to the rest of the network.