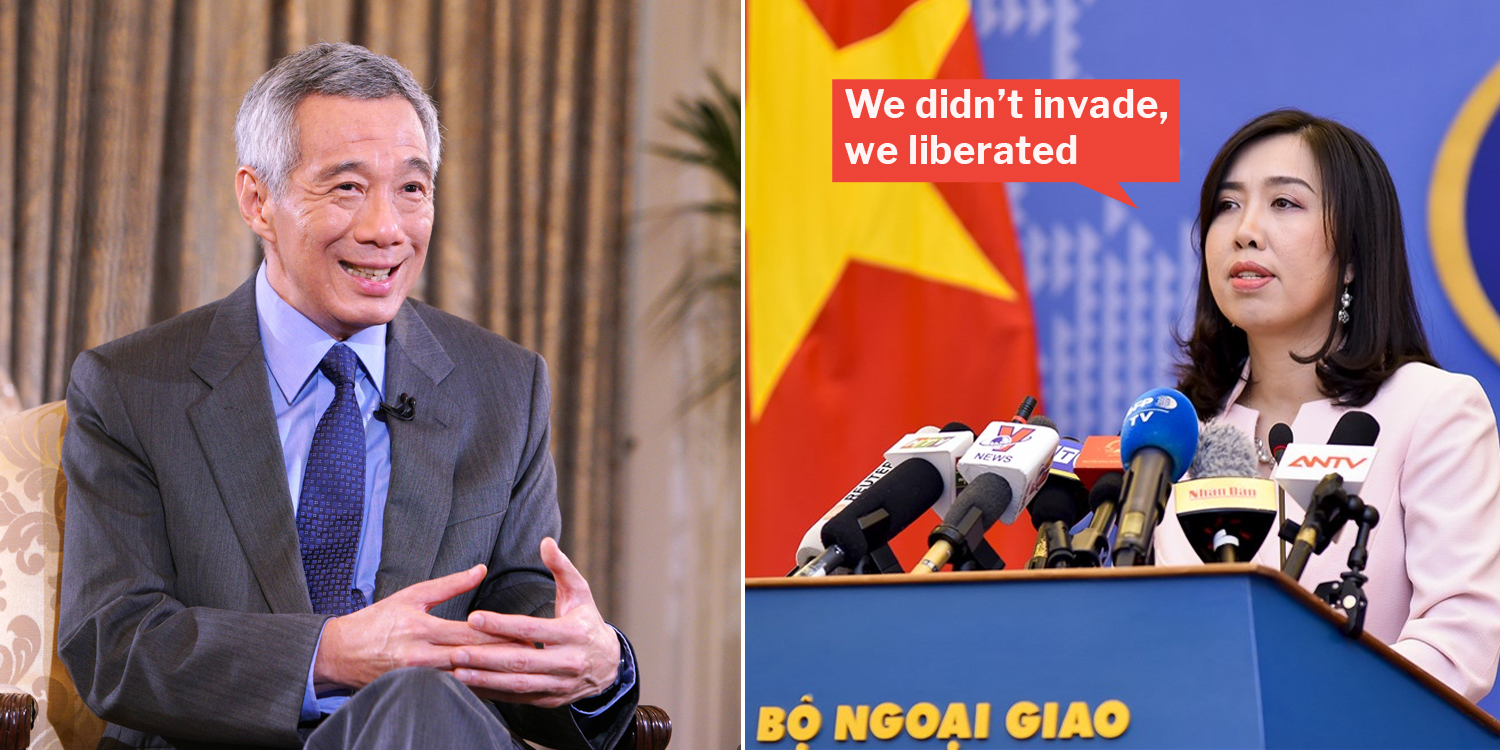 He wrote further about General Prem’s distinguished service to his country — especially during the Cambodian-Vietnamese War which lasted from late 1970s to late 1980s.

The post, while made with good intentions, wasn’t particularly well-received by Vietnamese officials.

According to Vietnamese publication VN Express International, a spokeswoman for the Vietnamese Foreign Affairs Ministry claims that PM Lee misrepresented what actually happened during the Cambodian-Vietnamese War.

PM Lee had written that Vietnam had “invaded” Cambodia. But Vietnamese officials claim that it wasn’t so much an invasion, but more of a “liberation”.

Here’s a very brief history about the war.

Back in the late 1970s, Cambodia was ruled by a regime called the Khmer Rouge. The Khmer Rouge was autocratic, genocidal and brutal — and many Cambodians suffered greatly under their rule.

During this time, Vietnam “invaded” Cambodia. Their motivations were, however, unclear. Some say the invasion was to “free the oppressed Cambodians” from the rule of the Khmer Rouge.

Others cite political reasons. In fact, even after toppling the Khmer Rouge, Vietnamese forces stayed and attempted to form a government to run Cambodia.

The fact of the matter is — yes, Vietnam’s “invasion of Cambodia” did lead to the eradication of the genocidal Khmer Rouge regime.

But the important question to ask is, was that the sole reason why they invaded Cambodia? If it was, then the Vietnamese officials are right in asking PM Lee to correct his post.

Yet, the truth remains that the Vietnamese forces did remain in Cambodia even after the Khmer Rouge fell. Which gives us reason to believe that the “liberation of the oppressed Cambodians” wasn’t the only cause for the invasion.

It should be clear what interpretation the Vietnamese officials are taking.

We cannot accept what he said. We have already clarified that Vietnamese volunteer troops came to liberate our people.

A matter of perspective

PM Lee wasn’t entirely wrong to talk about the invasion like that.

After all, ASEAN was set up to safeguard the sovereignty of nations, and to condone Vietnam’s invasion of Cambodia is to set a dangerous precedent.

But to be fair, it seems like a minor political misstep to bring up a highly contentious issue such as this one.

Featured image from AFP via Yahoo and Nhan Dan Online.