Proceeds from the sale will go towards fundraising purposes.

With Chinese New Year just around the corner, many Singaporeans are already on the lookout for unique and exquisite angbao packets.

If you’re an alumnus of the prestigious Anglo Chinese School Independent (ACSI) school, this angbao design that we’re about to show you is tailored-made for your yearly alumni CNY gathering.

On Wednesday (8 Jan), a Redditor by the handle u/DavlosEve shared pictures of atas red packets from ACSI. 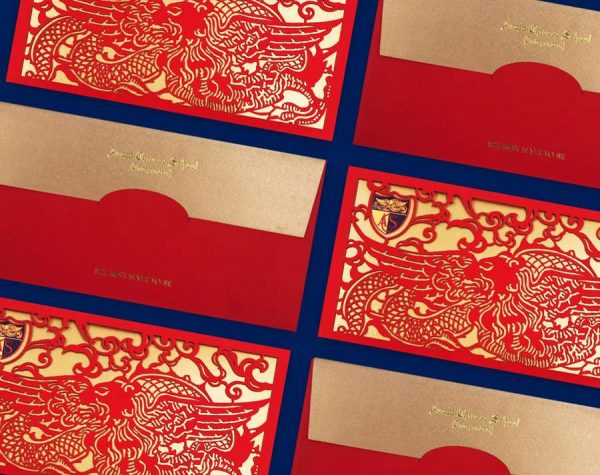 Not sure about you, but these angbaos look so chio we would rather keep than give them away.

ACS badge on the front of the angbao

The first thing that stands out from the design would surely be the Anglo Chinese School (ACS) crest on the upper left corner of the red packet. 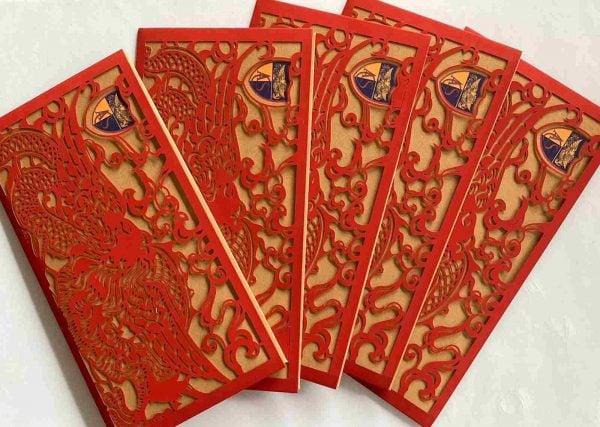 Comprising 2 panels in navy and gold, the shield-like crest acts as a perfect contrast against the rest of the red packet.

An enlarged version of the griffin-like creature synonymous with ACS fills up the rest of the front, with its wings fully-spread among crimson clouds. 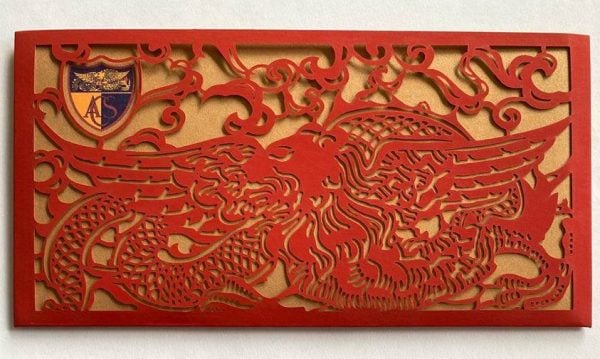 The back of the angbao looks equally luxurious.

Engraved on the flap is the name of the school, spelt in full using a medieval-esque font. 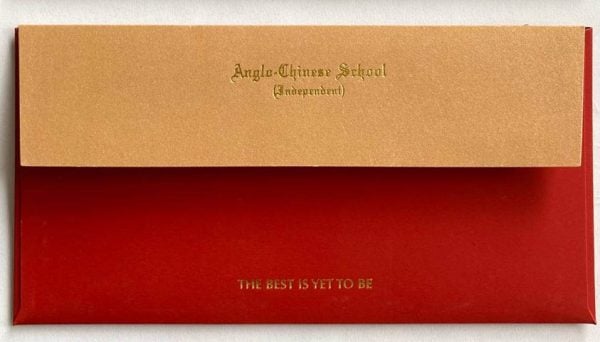 The ACS School motto – “the best is yet to be” – is also printed in gold on the back of the red packets.

Perhaps it’s a sign that the school plans on launching more picturesque angbaos in the future.

According to a ACSI, proceeds from the sale of the angbaos will go towards fundraising purposes.

This is also the first time that ACSI has designed red packets for the CNY, and we must say they have done a pretty good job.

These angbaos, however, won’t come cheap.

A packet of 5 will set you back $20 and can be bought at the school’s front office.

The angbaos are available on a while stocks last basis but are still available as of the time of this article.

If you’re an ACSI alumnus who will be having a CNY alumni party, this is the perfect angbao to get your hands on.

Otherwise, this will also make for a good collectors’ item, if collecting red packet happens to be your hobby.