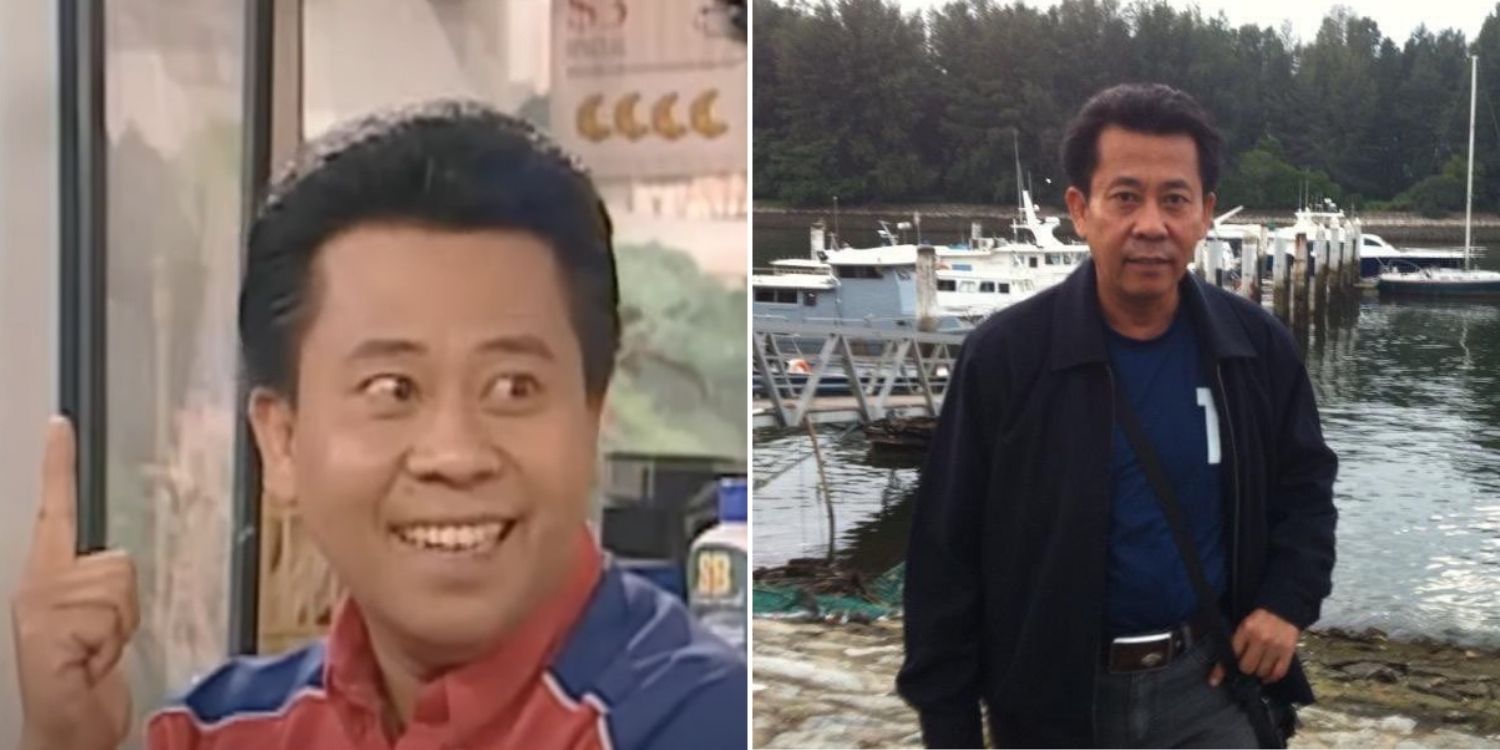 The 'Don't Worry Be Happy' actor's cause of death was an intracerebral haemorrhage.

Those who were avid viewers of local television in the ’90s would be familiar with Singaporean actor Khaironi Salleh, aka Roni, who is fondly remembered for his role as Ali on the Channel 8 sitcom ‘Don’t Worry Be Happy’.

Sadly, Roni was revealed to have passed away on Sunday (19 Jun). 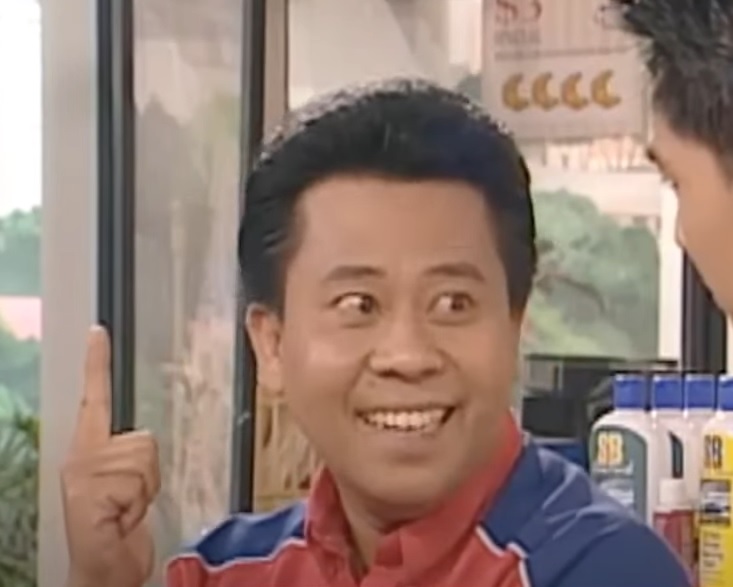 Although initial media reports claimed that his death was due to a heart attack or leukaemia, his son later clarified that Roni actually suffered an intracerebral haemorrhage.

Roni worked with CNA for 37 years

On Sunday (19 Jun), Channel 8 news anchor Evelyn Lam took to Facebook to share that Roni, whom she called her “comrade”, had passed away that day. 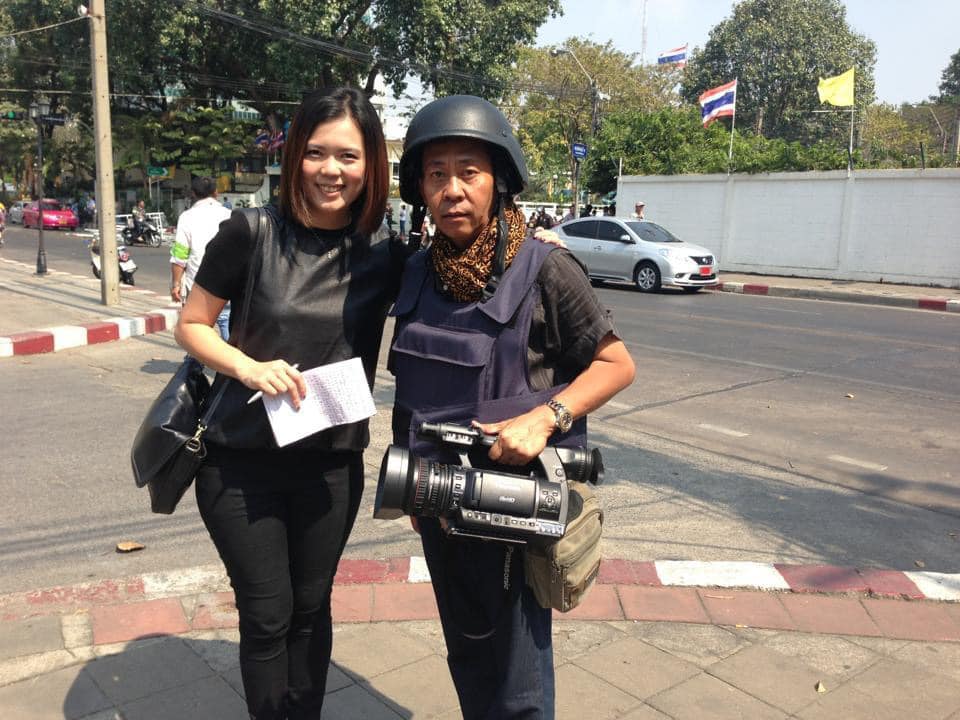 She described Roni as someone who taught her to “dare to be happy”. He also brought laughter wherever he went.

According to a statement by Mediacorp as published by Channel NewsAsia (CNA), Roni had worked in the broadcasting company for 37 years prior to his passing. 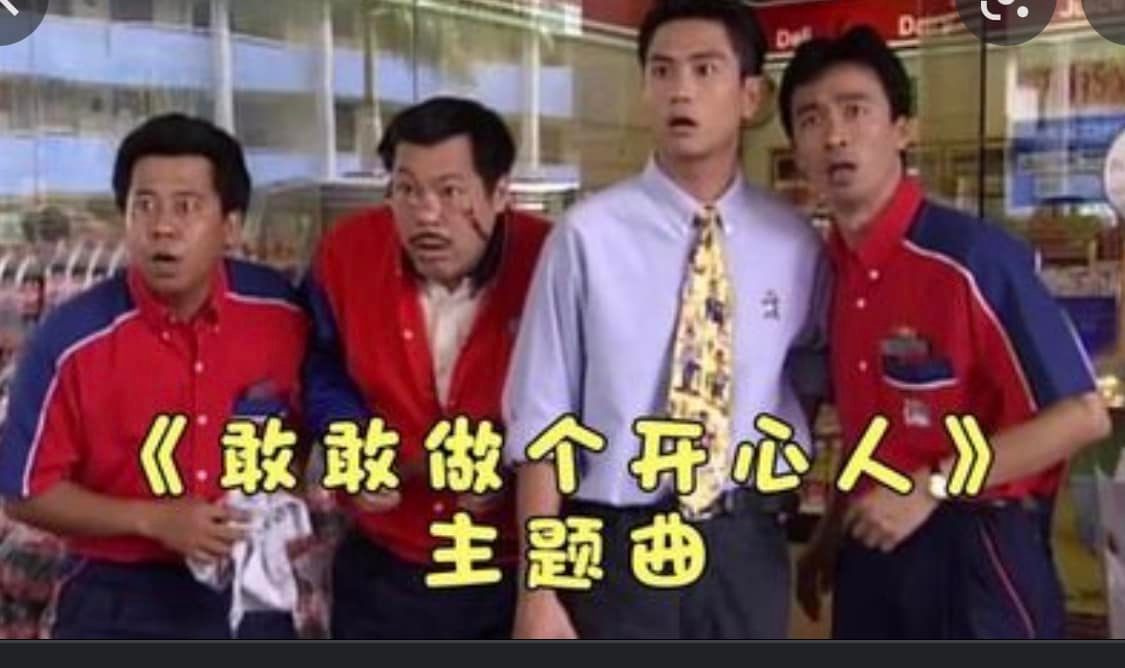 Aside from his role as cheerful petrol kiosk saff Ali in ‘Don’t Worry Be Happy’, which ran from 1996 to 2002, Roni was a senior cameraman and worked in different editorial teams.

He was also with the CNA Bureau in Indonesia for over 10 years.

Roni’s son clarifies his cause of death

On Tuesday (21 Jun), Roni’s son Danial Ron took to Twitter to clear the air regarding how his father died. 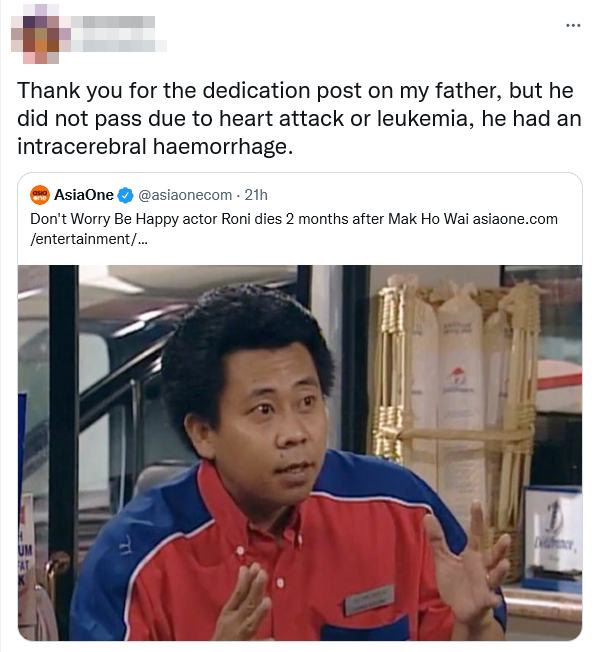 Referencing a report that named the cause of death as either a heart attack or leukaemia, Danial Ron revealed that Roni had actually passed away from an intracerebral haemorrhage, a life-threatening type of stroke that’s caused by bleeding within the brain.

Roni’s daughter also posted a dedication to her late father on Facebook on Monday (20 Jun). 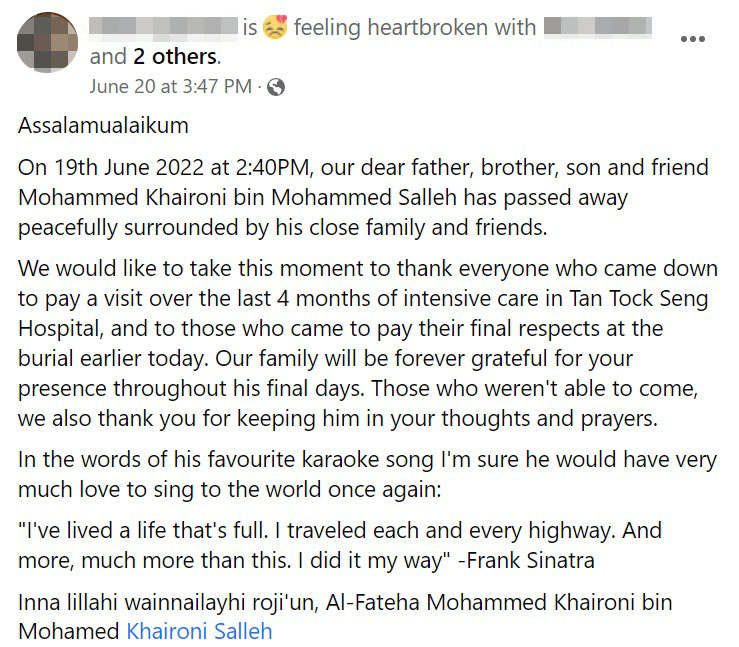 According to her post, Roni had spent the last four months in intensive care at Tan Tock Seng Hospital.

She thanked everyone who paid him a visit, as well as those who paid their final respects at his burial.

Quoting the lyrics from a Frank Sinatra song to describe her father’s well-lived life, she wrote,

I’ve lived a life that’s full. I traveled each and every highway. And more, much more than this. I did it my way.

Condolences to his family & friends

Roni was a husband, father, and colleague who was clearly very well-loved during his time on earth.

The glowing testimonies from those who knew him tell us all that we need to know about the actor.

MS News extends our deepest condolences to Roni’s family and friends. May he rest in peace.