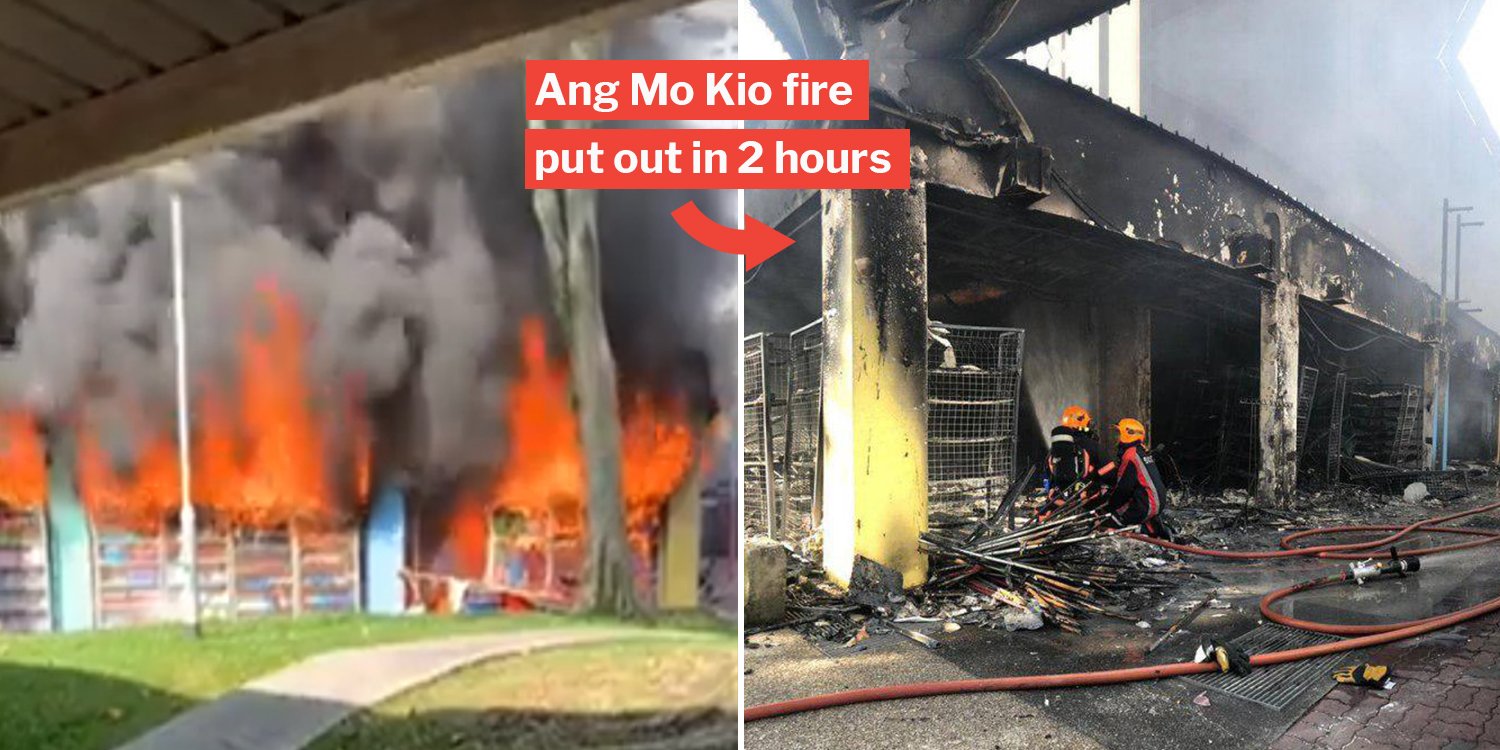 Shocking footage of a massive Ang Mo Kio fire began circulating at around 4pm on social media on Friday (5 Jul).

Turns out, a large blaze had broken out near a shophouse in Ang Mo Kio Central that saw pillars of smoke billowing out from above HDB flats. 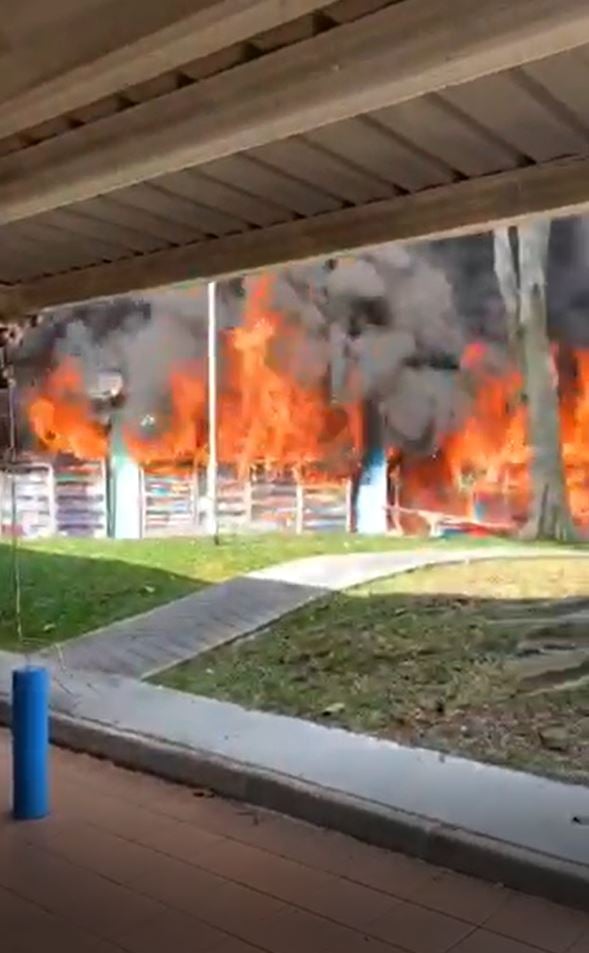 Submitted by an MS News Reader

An MS News reader notified us of the blaze and sent in some videos depicting the fire he received via social media.

SCDF was immediately on the scene at around 3.45pm and managed to put out the fire entirely by 5.20pm, approximately 2 hours later.

Shocking footage of the blaze is still currently being circulated around social media.

Submitted by a MS News Reader

Here’s one showing the scale of the fire.

Submitted by a MS News Reader

Took 2 hours to control the blaze

According to the SCDF, the fire was spotted at Block 720 along Ang Mo Kio Avenue 6.

Residents around the area told The Straits Times that the fire appeared to have originated from a shophouse unit.

SCDF pictures uploaded at around 5pm suggests that the fire has been nearly extinguished. 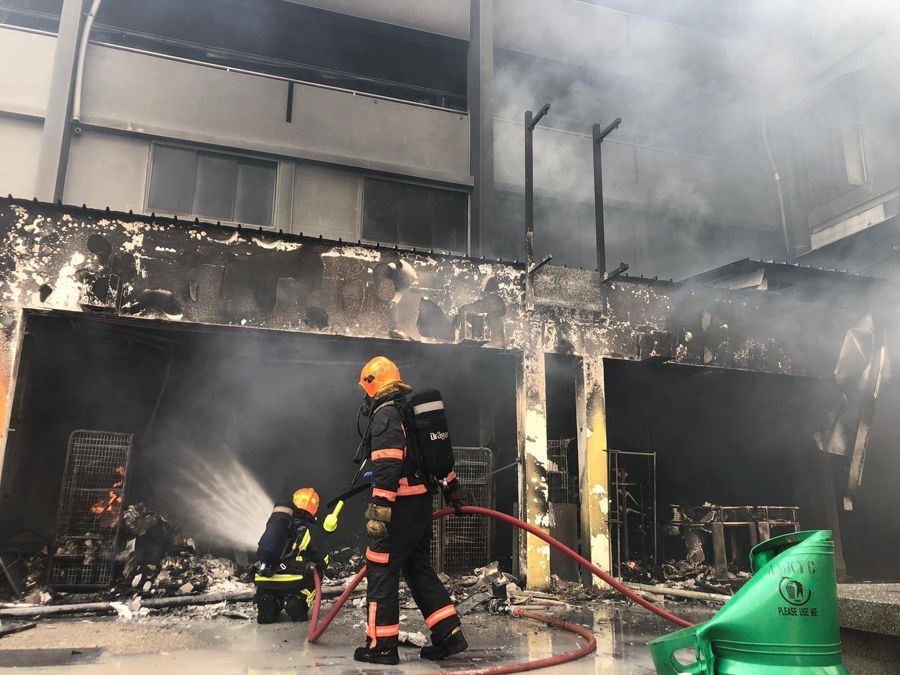 Several shophouses were left charred as a result of the incident. 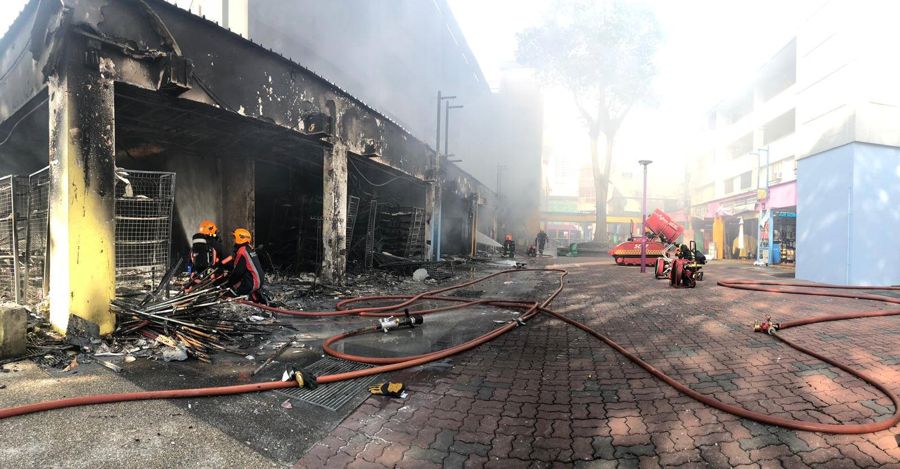 Members of the public are still strongly advised to stay away from the area. 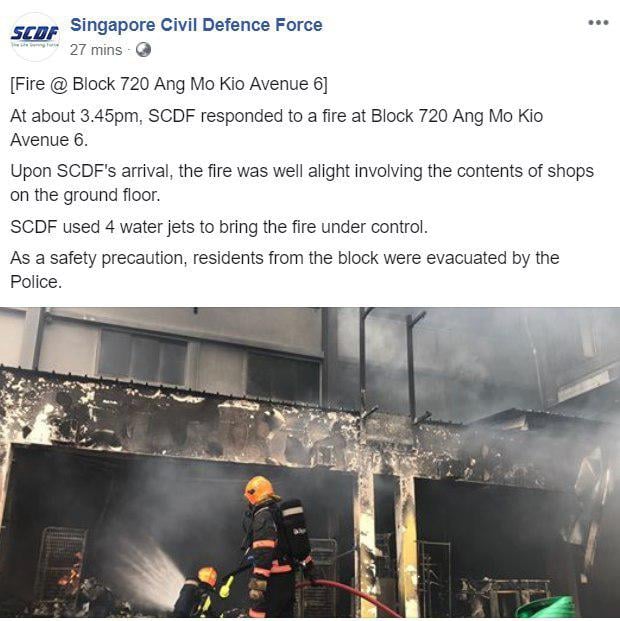 Kudos to our brave SCDF firefighters on the frontline

Kudos to the brave SCDF firefighters who managed to get the blaze under control.

We hope no one – both firefighters and residents – was hurt as a result of the incident.

In the meantime, let’s await the results of an investigation as to how and why the massive fire occurred so we can prevent a future occurrence.