Autumn is just around the corner.

Coca-Cola Japan has decided to commemorate the season by launching an apple-flavoured version of the world’s favourite soft drink. 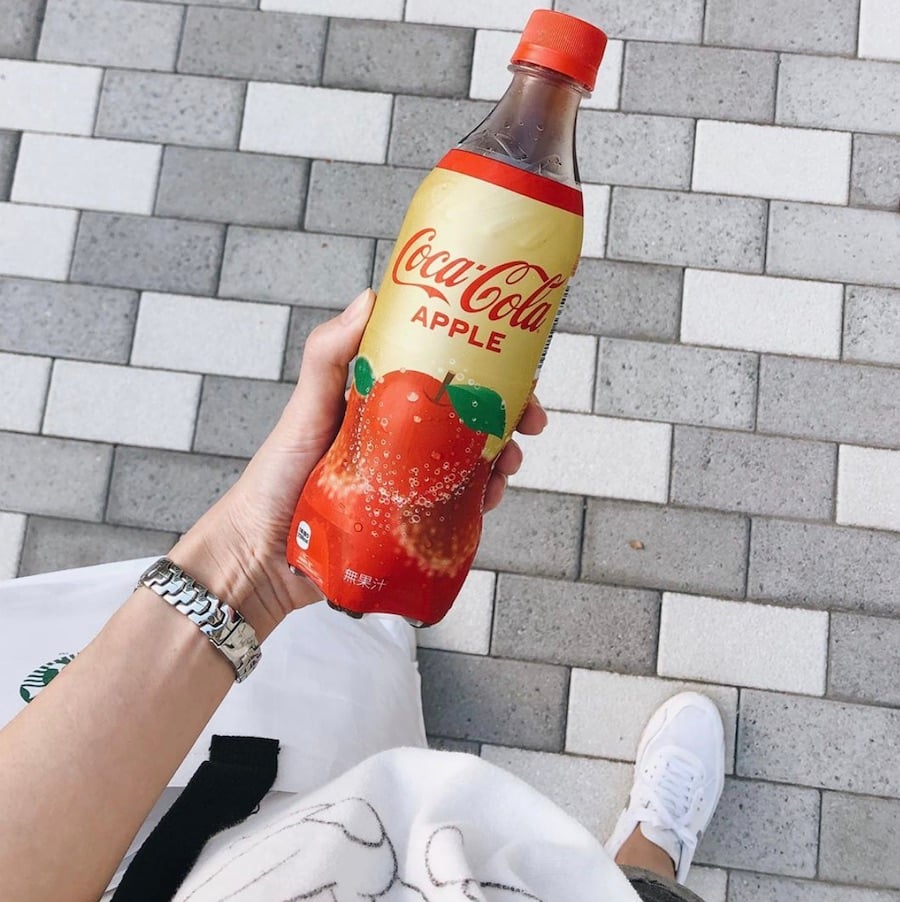 The apple was chosen because it is one of the country’s “fruits of autumn” harvested from October to December.

While we may not experience 4 seasons here in sunny Singapore, Japan is sharing their love for fall with Apple Coke.

The beverage is basically a concoction of apple juice and coke — 2 of Singaporeans’ favourite flavours.

7-Eleven announced via a Facebook post that it has launched the limited edition Coca Cola Apple at selected stores. 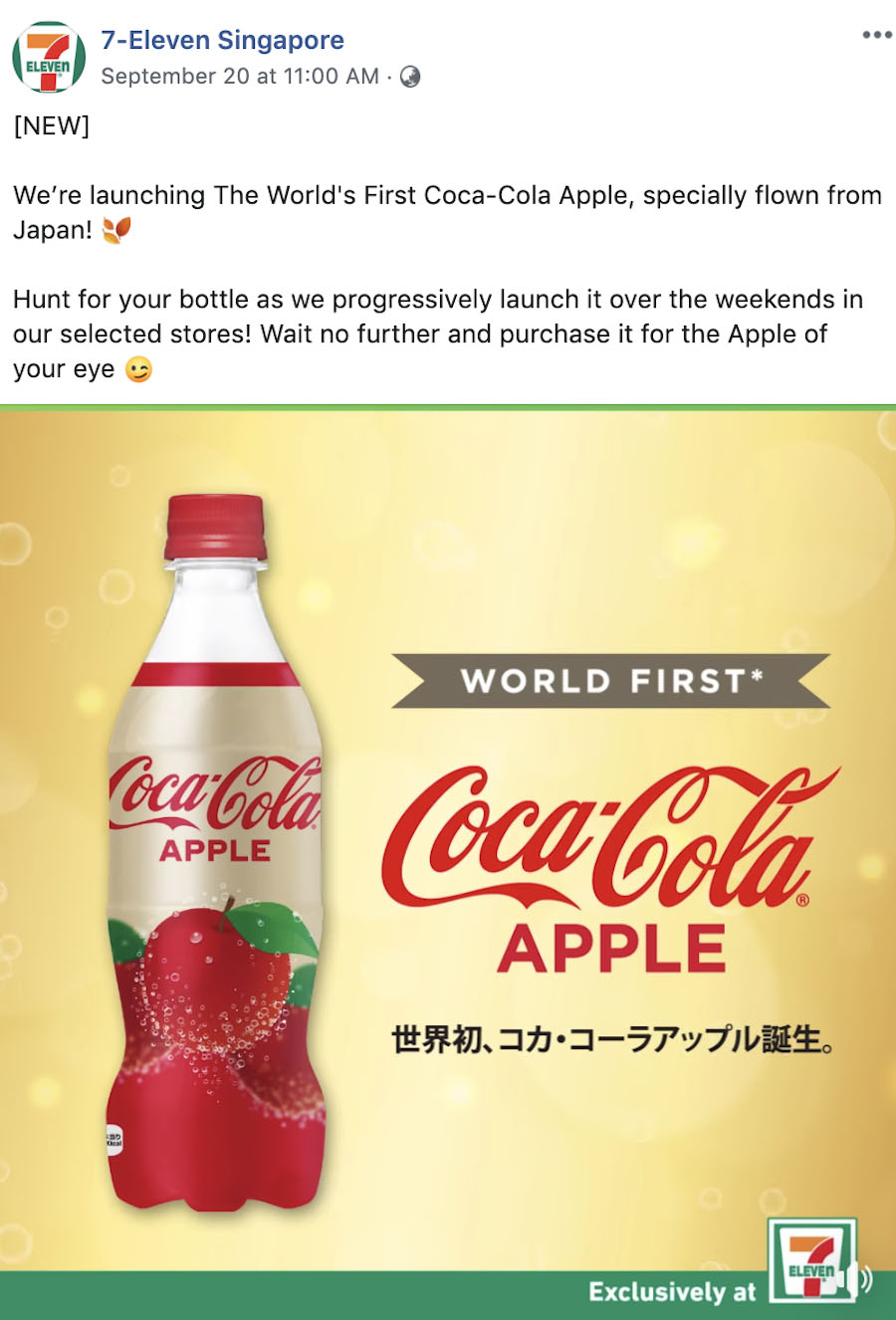 So the next time you visit the 24-hour store, keep your eyes peeled for this striking gold and red coloured bottle.

According to 7-Eleven’s post, the Coca Cola Apple is specially flown over from Japan and will set you back for just S$2.50 per bottle.

It received rave reviews after it was initially released in Japan and Hong Kong.

Junkfoodonthego – an Instagrammer from Hongkong – claimed it was difficult to find because it was sold out everywhere. 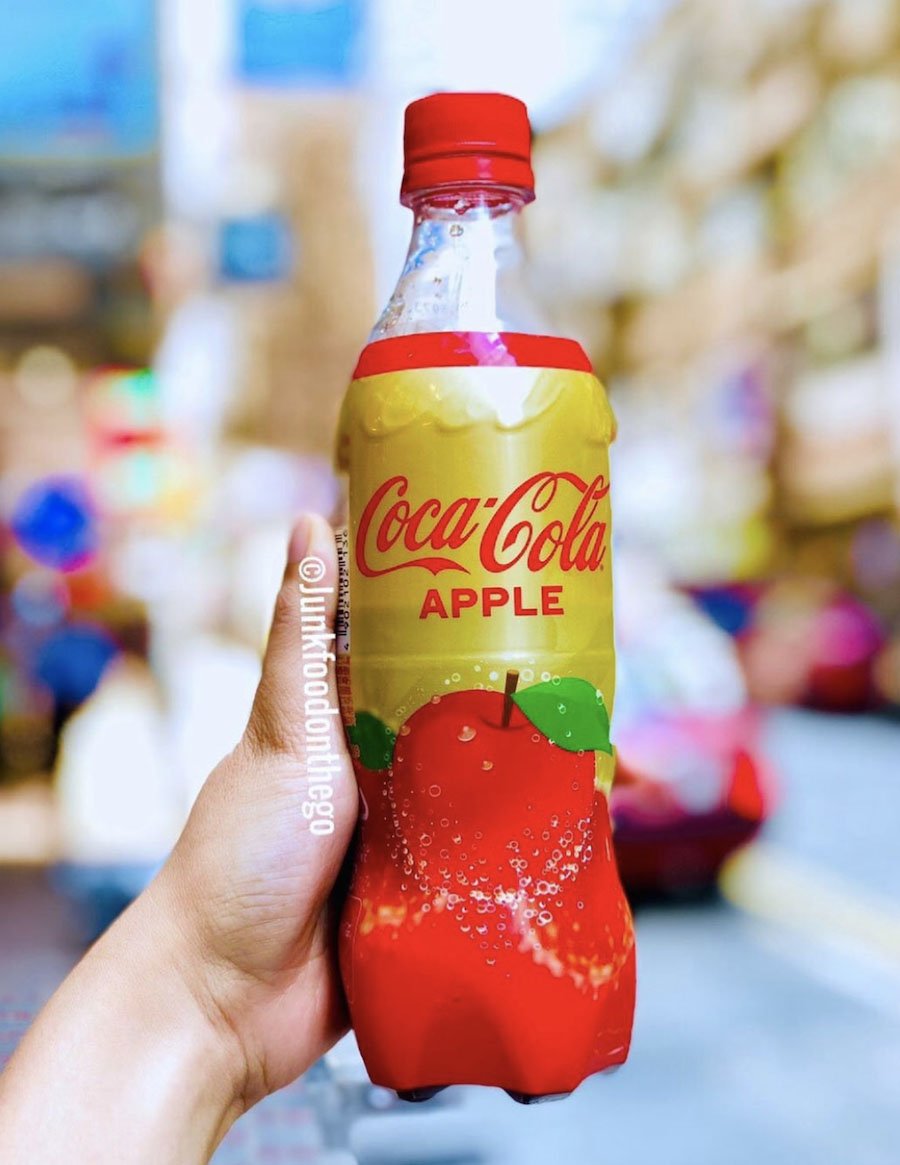 After a taste test, this was his verdict,

The Apple coke is quite light but the flavor is amazing. It tastes like apple juice is mixed with the classic Coca Cola formula.

He also believed that it had a natural flavour. Long-time Coca Cola fans might want to find out how this stacks up against the limited edition Peach Coke.

We’re hoping we’ll be one of the lucky ones to grab a bottle in 7-Eleven stores.

This isn’t the first time that Coca Cola released a flavour we didn’t know we needed. In January, they released the much-loved Sakura Pink Peach Coke for $2.50.

7-Eleven’s Apple Coke will be progressively stocked but we don’t expect them to last for long.

The 24-hour store did not specify until when it’ll be available, but you can bet your bottom dollar that Singaporeans will be flocking to every branch to get their hands, and taste buds on it.

If you’re dying to give this limited-edition Coke a try, hurry down to your nearest 7-Eleven and pray that it’s available there. All the best!