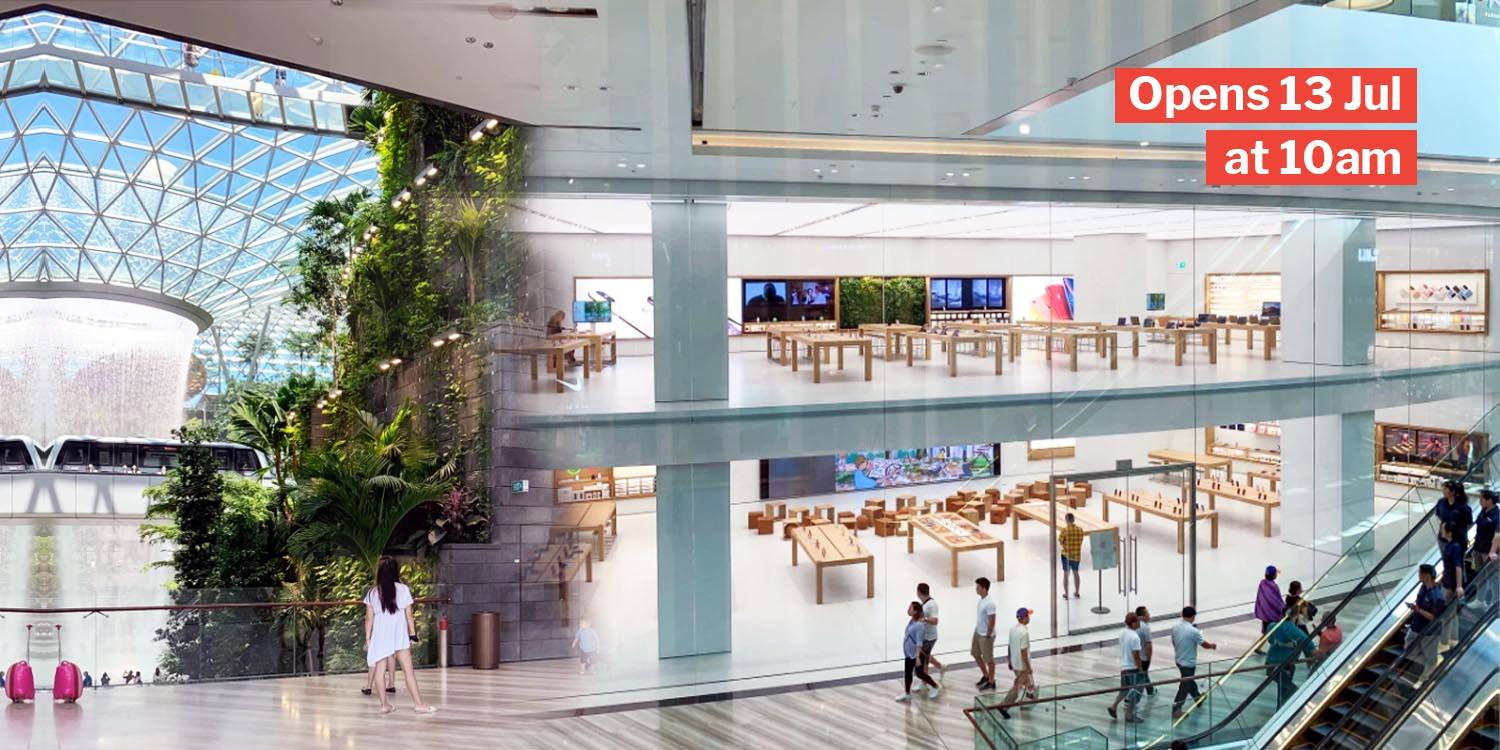 Truly the apple of our eye.

After 2 weeks of anticipation, Apple Jewel Changi is finally opening this Saturday (13 Jul).

And it’s every bit as sleek and massive as we imagined. The first thing that’d grab your eyeballs upon walking up to the store’s front, is the impressive double-storey glass facade. 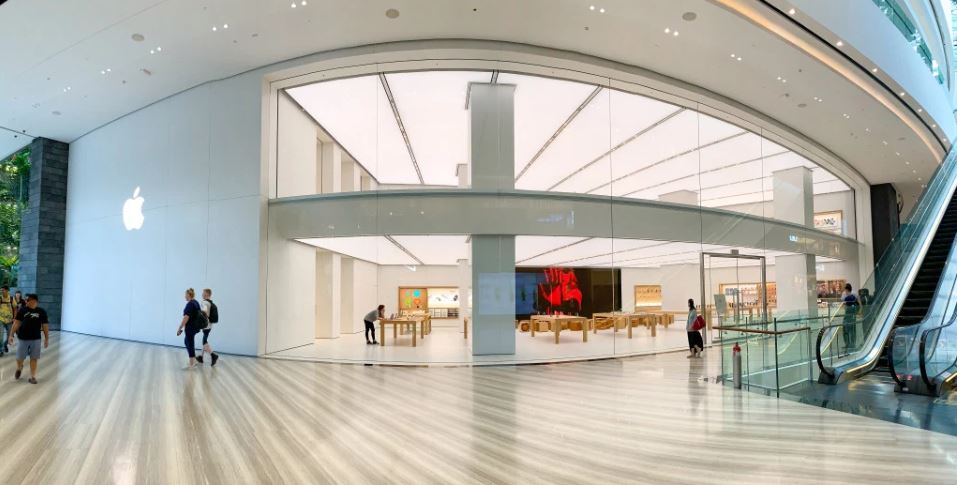 According to 9To5Mac, this is Apple’s 2nd store in Singapore. Jewel Changi’s outlet serves as an important expansion of Apple’s retail services for travellers visiting Singapore. Located next to the Rain Vortex

The store, which looks like a stunning glasshouse, is located next to the iconic HSBC Rain Vortex. 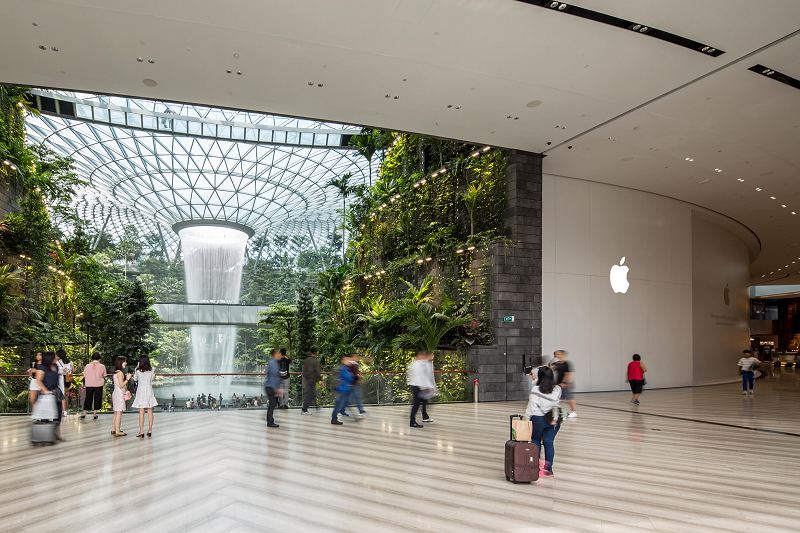 We daresay that this outlet surpasses its downtown counterpart in terms of aesthetics. The Straits Times reported that shoppers will be greeted by staff who can collectively speak 11 languages, even sign language. 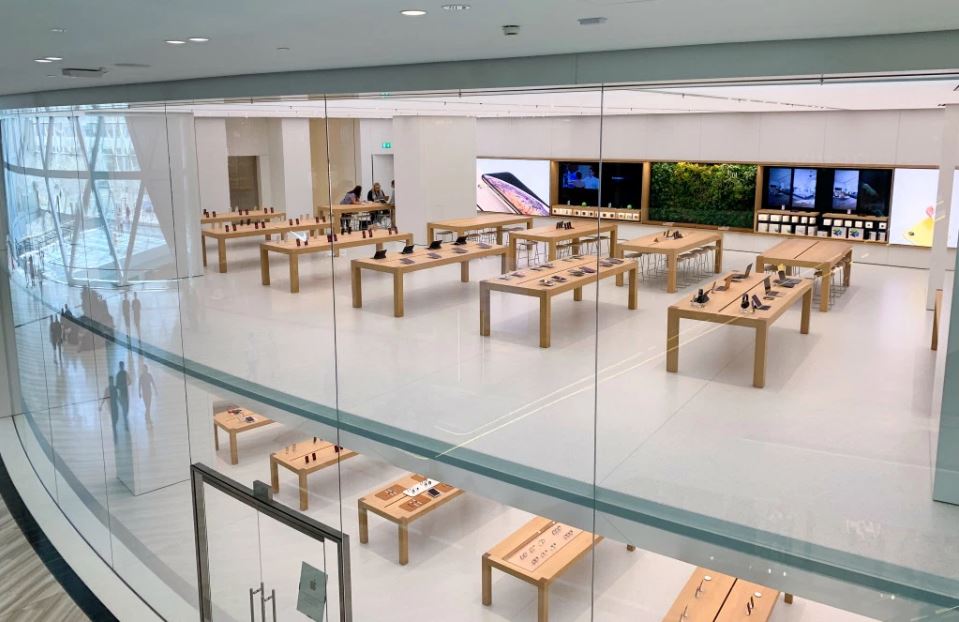 Other than English, some of the languages covered by their 100-strong team include German, Hindi, Italian, Malay and Mandarin.

Similar to the Orchard Road outlet, there’s a whitewashed, minimalist staircase design at Jewel Changi’s one too. 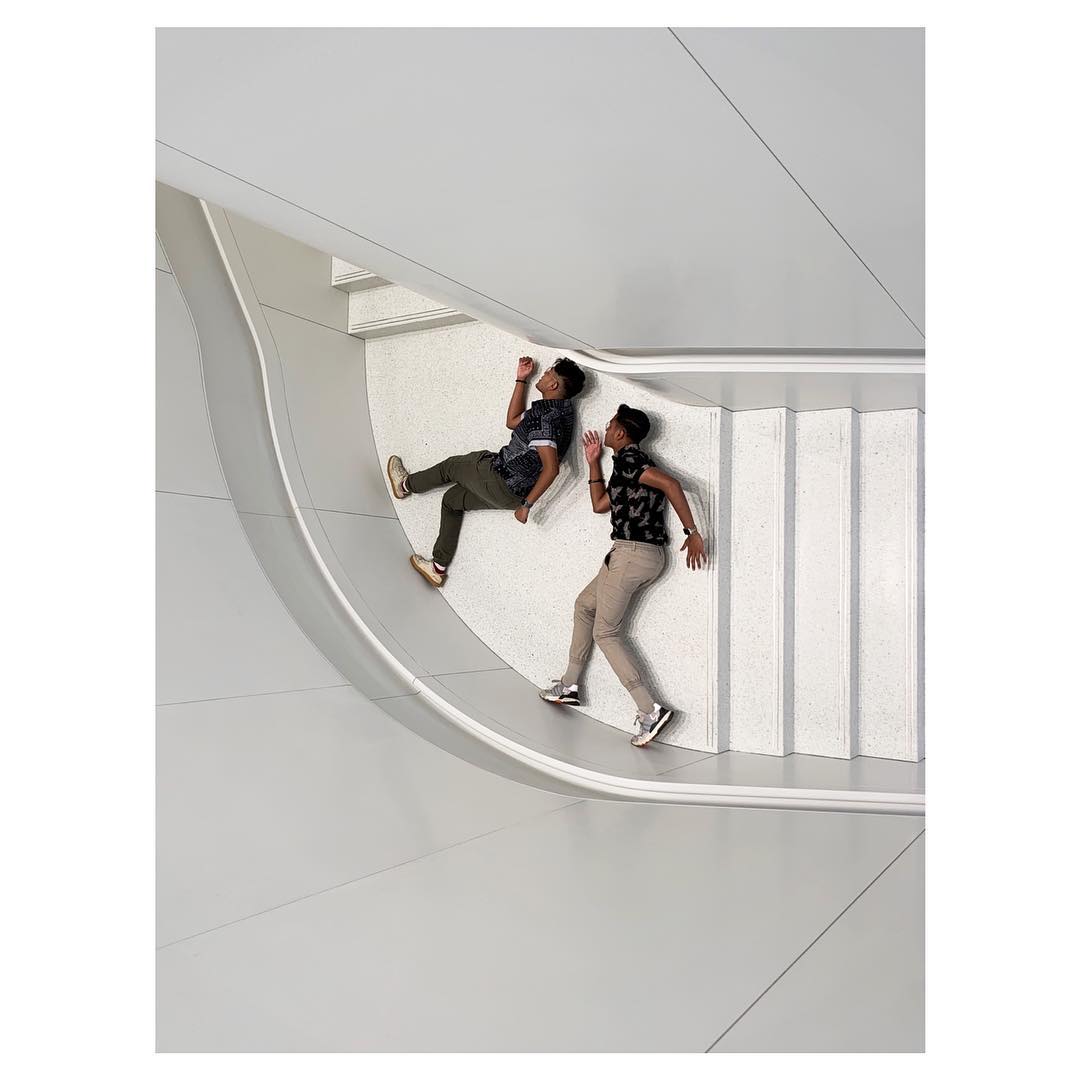 Perfect for you to get creative and make the most out of those curves. 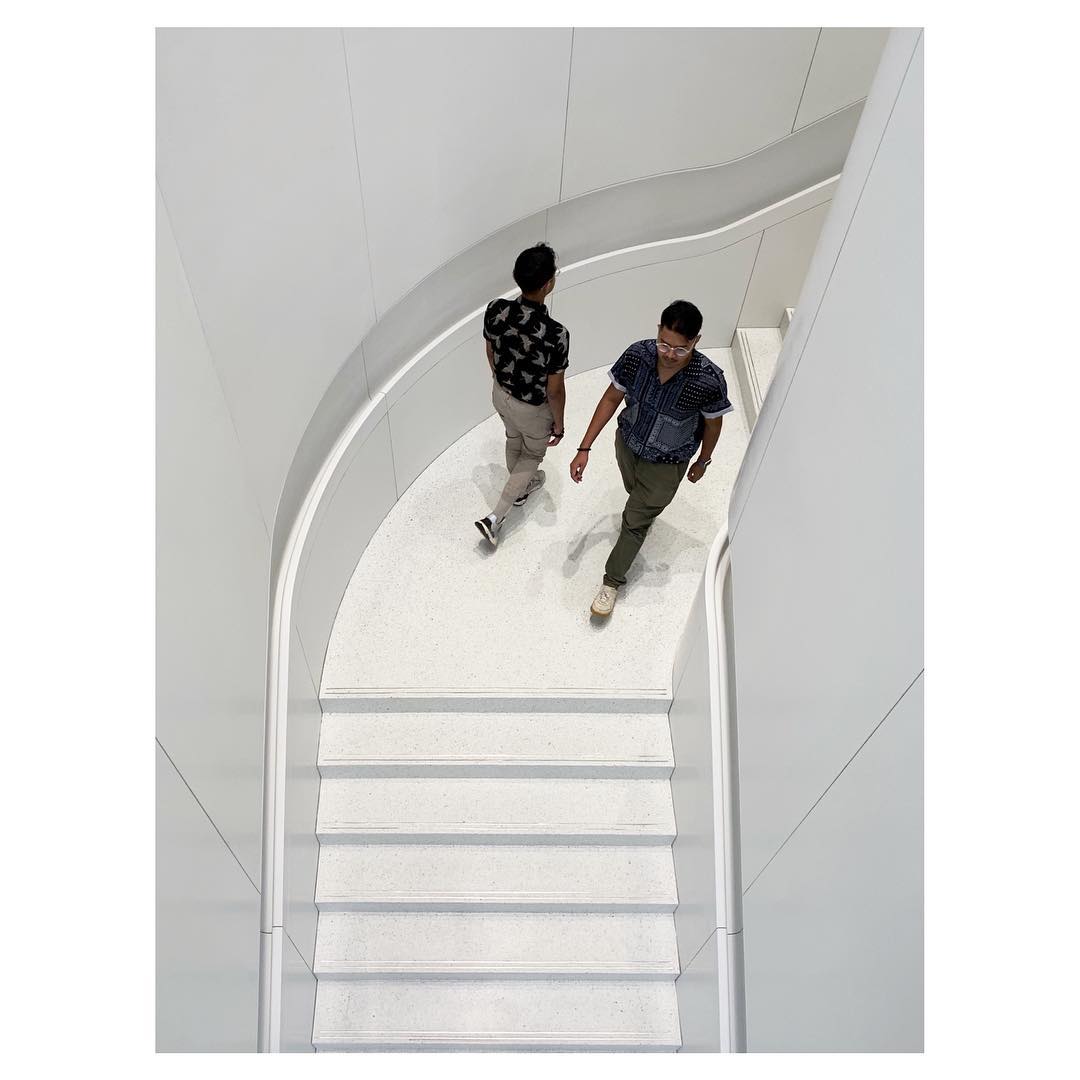 This is where customers get to learn from educational programmes on photography and coding, among others.

So for the Jewel Changi outlet, Apple’s senior market director Mr Denny Tuza said they created their own Today at Apple session — something “really unique and different.” 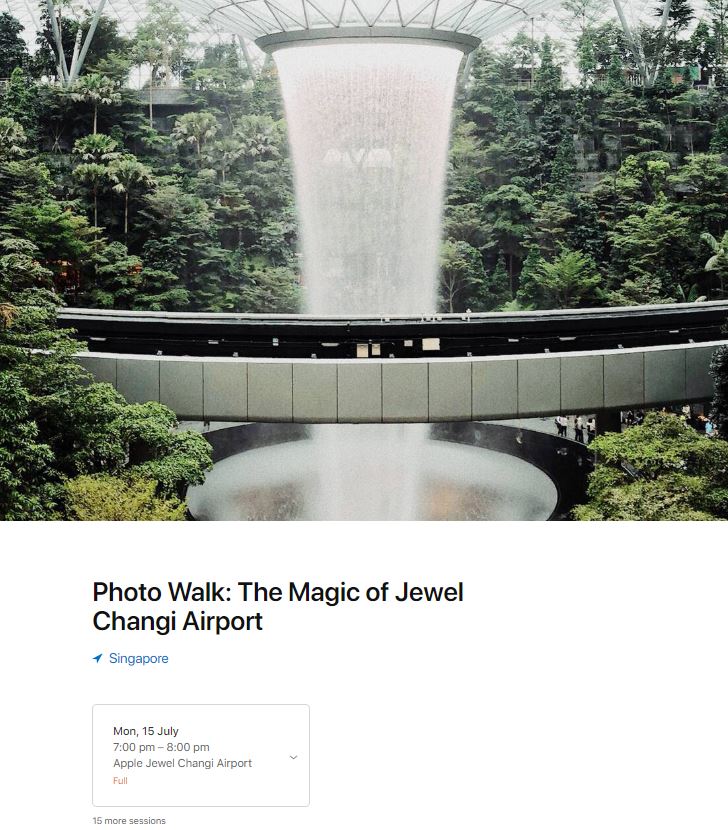 They get to put their skills to the test by shooting architectural highlights of Jewel Changi, like the 40m Rain Vortex and its indoor gardens.

There’s 16 sessions available from 15-26 Jul, but unfortunately, all sessions are fully booked as of today (12 Jul).

You can still hop over to check out how chio the store looks though, and compare how it looks with the Apple Orchard store.

Here’s when to go to Apple Jewel Changi, and how.