Arsenal Arrives In Singapore, Stays At The Same Hotel As Trump

Arsenal In Singapore For International Champions Cup, Staying At The Shangri-La Hotel

Your favorite team has just landed in Singapore for the 2018 International Champions Cup.

Landing at Changi earlier today (23 Jul), the Arsenal players were greeted by their super-fans. Many of whom turned up to shower their football idols with cheers and requests for autographs.

Hands up if you wished you’d ponned work and school for this too.

The players then headed to the Shangri-La Hotel – where the team will be staying for the rest of their visit.

The hotel, which has previously hosted Barack Obama, Bush H.W Bush and Xi Jinping, is well known for hosting VIPs who visit Singapore.

During the Trump-Kim Summit, US President Donald Trump stayed in the Valley Wing Shangri-La Suite — estimated to cost a whopping $7,000 per night.

Maybe it was his stamp of approval that convinced the team to pick the hotel.

Get your tickets for the cup

The league, which has three fixtures in Singapore, takes place on the 26, 28 and 30 July.

It consists of matches between Arsenal, Atlético de Madrid and Paris Saint-Germain.

You can buy tickets for the matches, which takes place at the Sports Hub, here.

On Friday (27 Jul), Arsenal is unveiling its third kit for the 2018/19 season, right here at the Esplanade Singapore.

The event will be open to the public and is completely free. There’s even a skills challenge, where you might get an opportunity to interact with Arsenal players.

While the jerseys are being unveiled at 3:30pm, the Arsenal Fan Zone will be open from 10am to 10pm. 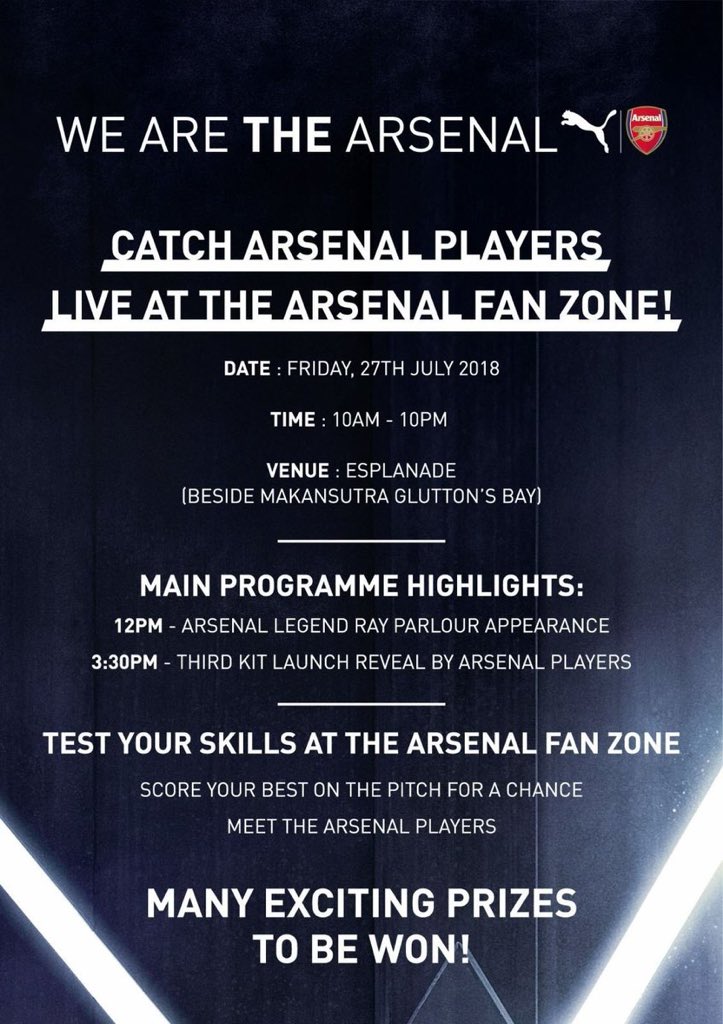 MustShareNews will also be there to report on the jersey unveiling. Stay tuned.