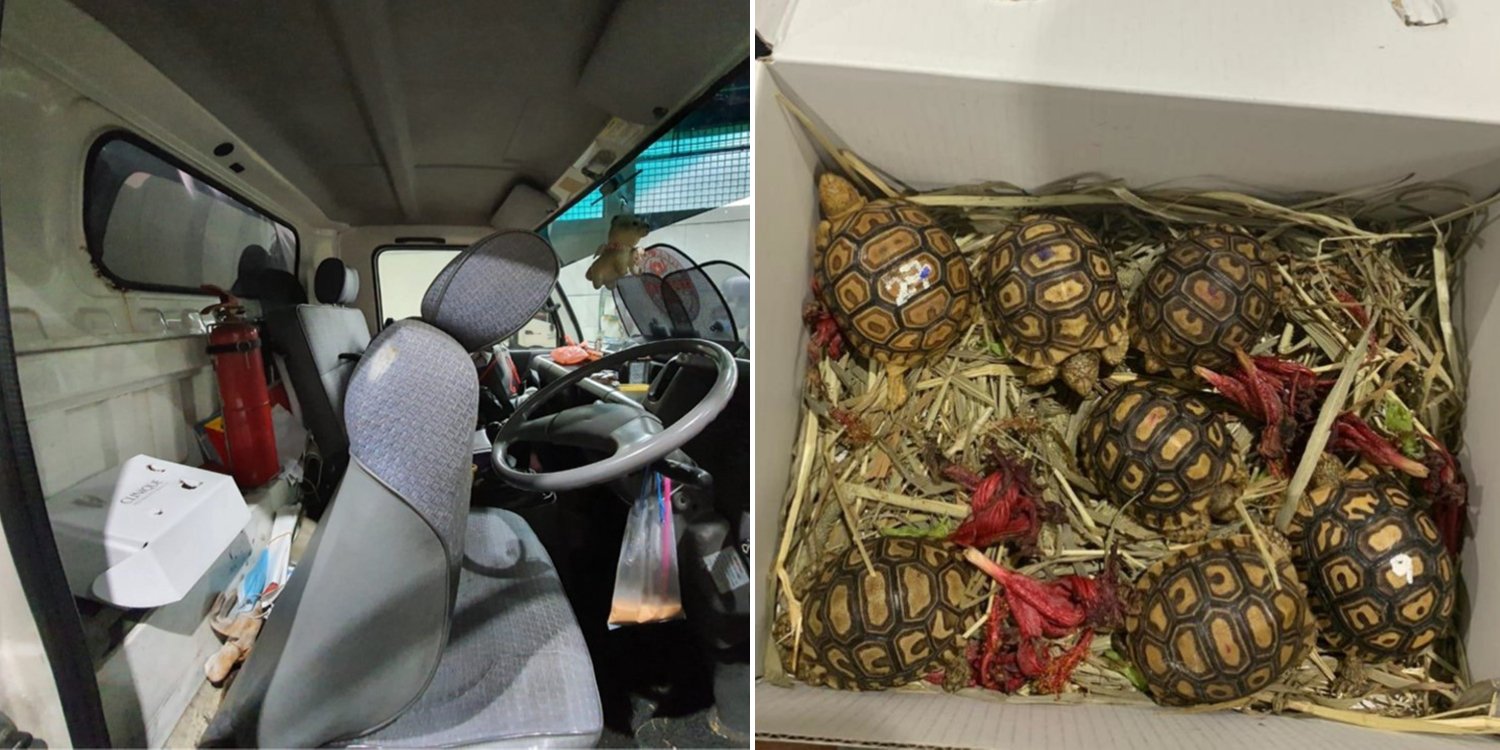 Folks from the Immigration & Checkpoints Authority (ICA) has foiled many illegal attempts to smuggle cigarettes and other forms of contraband into our country. This time, they’ve prevented an attempt to import endangered animals instead.

Last Wednesday (22 Jul), ICA successfully foiled an attempt to smuggle 7 baby leopard tortoises placed inside a white cardboard box. The package was reportedly found behind the driver’s seat in a Malaysian-registered lorry. 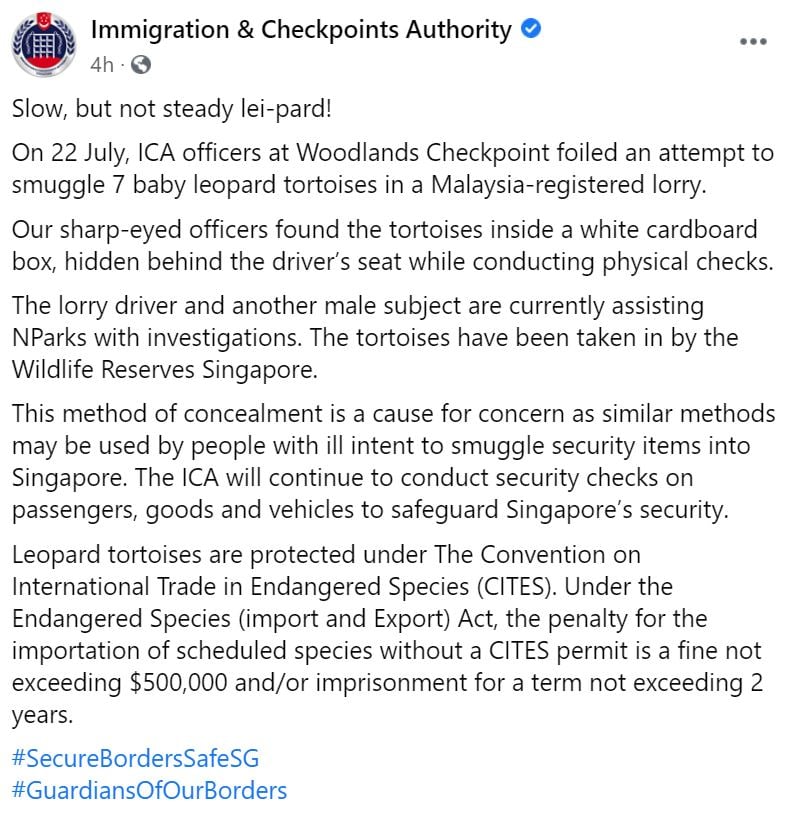 True to its name, the tortoises have patterns on its shells that resemble those on a leopard’s fur.

During the physical inspection, the animals were apparently found in a white cardboard box behind the driver’s seat. 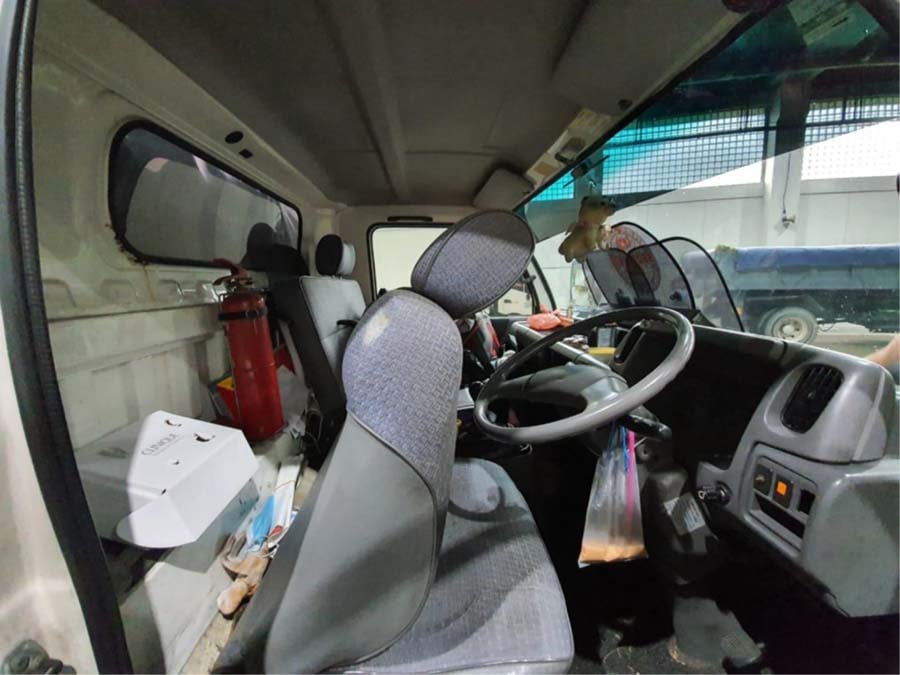 The ‘seized’ tortoises are now under the care of the Wildlife Reserves Singapore.

The lorry driver, as well as another male subject, are also assisting NParks with their investigation. 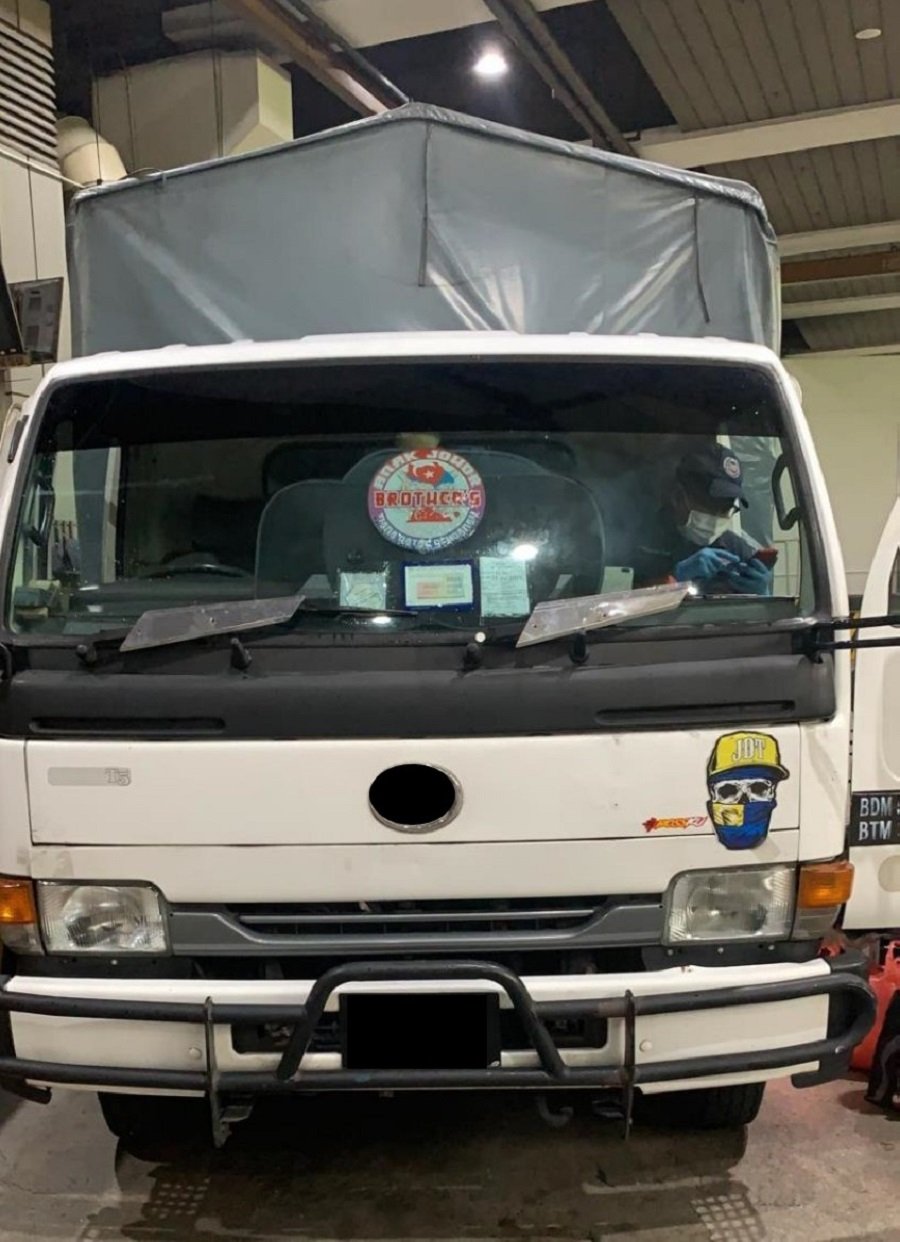 ICA also shared that the “method of concealment” is unsettling as it can be used to smuggle other “security items”.

Leopard tortoises are protected under The Convention on International Trade in Endangered Species (CITES).

Those found guilty of importing the species without a CITES permit faces a fine of up to $500,000 and/or a jail term not exceeding 2 years under the Endangered Species Act.

Kudos to folks from the ICA for foiling this brazen and illegal act of importing an endangered species.