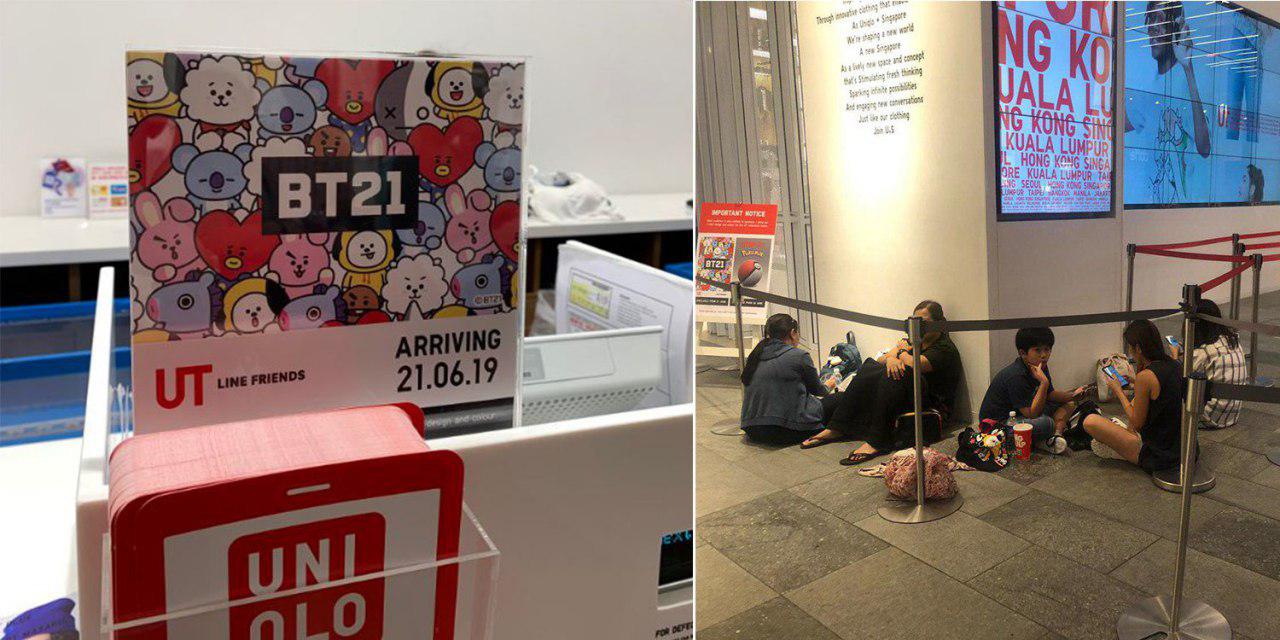 Another entry into Singapore's long, proud history of queuing.

What were you doing this morning before 6am? Most likely sleeping, or hauling your unwilling body out of bed to get ready for work.

To a dedicated legion of BTS fans – dubbed the BTS Army – today (Jun 21) is not the day for sleeping in. No sir, sleep is for the weak. 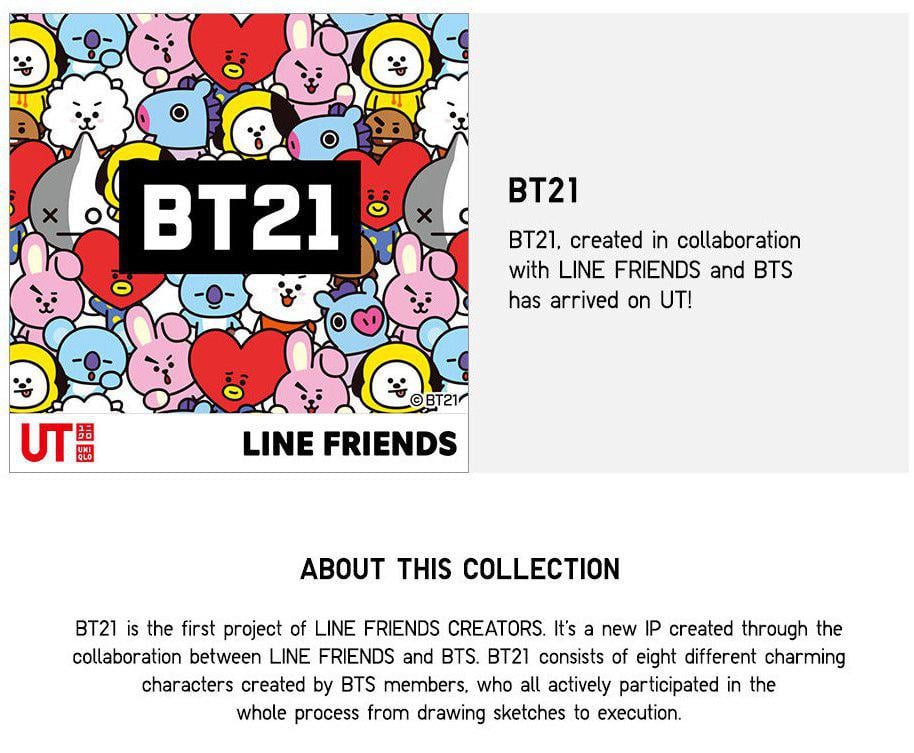 Today, is the day Uniqlo stores around the world unleashes its highly anticipated capsule collection with K-pop supergroup BTS.

To BTS fans in Singapore, today is the day to start making a beeline for the launch of the Uniqlo BT21 T-shirt series.

It features an array of minimalistic, yet adorable T-shirts printed with super cute characters designed in collaboration between Uniqlo and LINE Friends. They cost $14.90 each.

Sleep is, evidently, overrated as well to the specially devoted BTS Army.

On Thursday (20 Jun) – a day before the official launch – a handful of them were already sitting in queue at Uniqlo’s flagship store in Orchard Central. 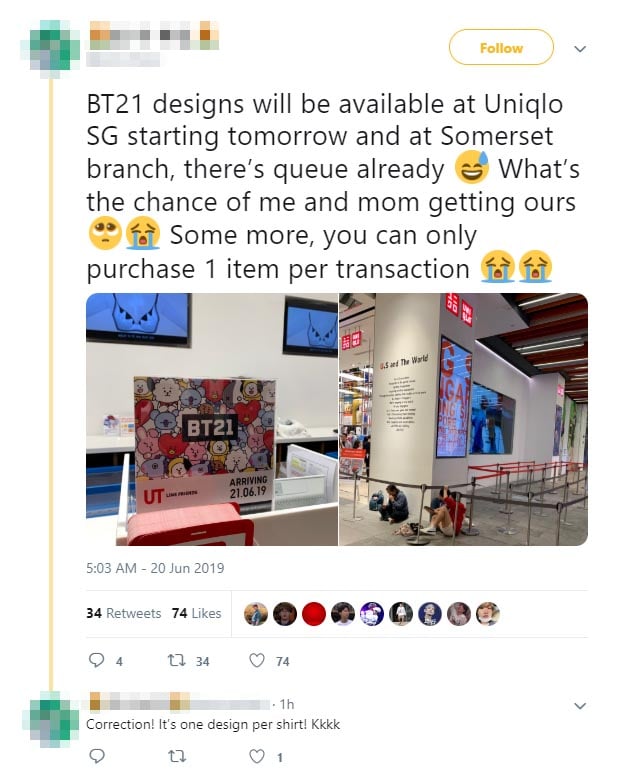 Another tweet with a jaw-dropping timestamp, posted at 6.23am the same day. 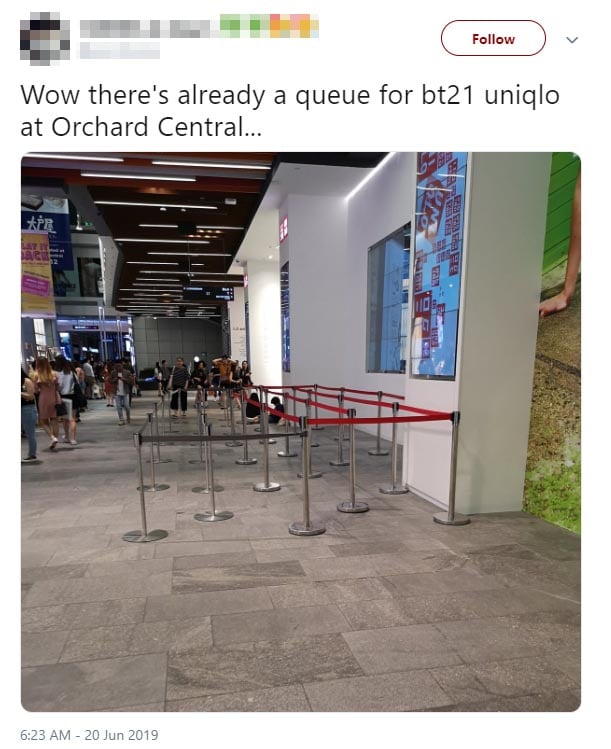 This was the start of the queue close to midnight. Did they really sit cross-legged the whole night? 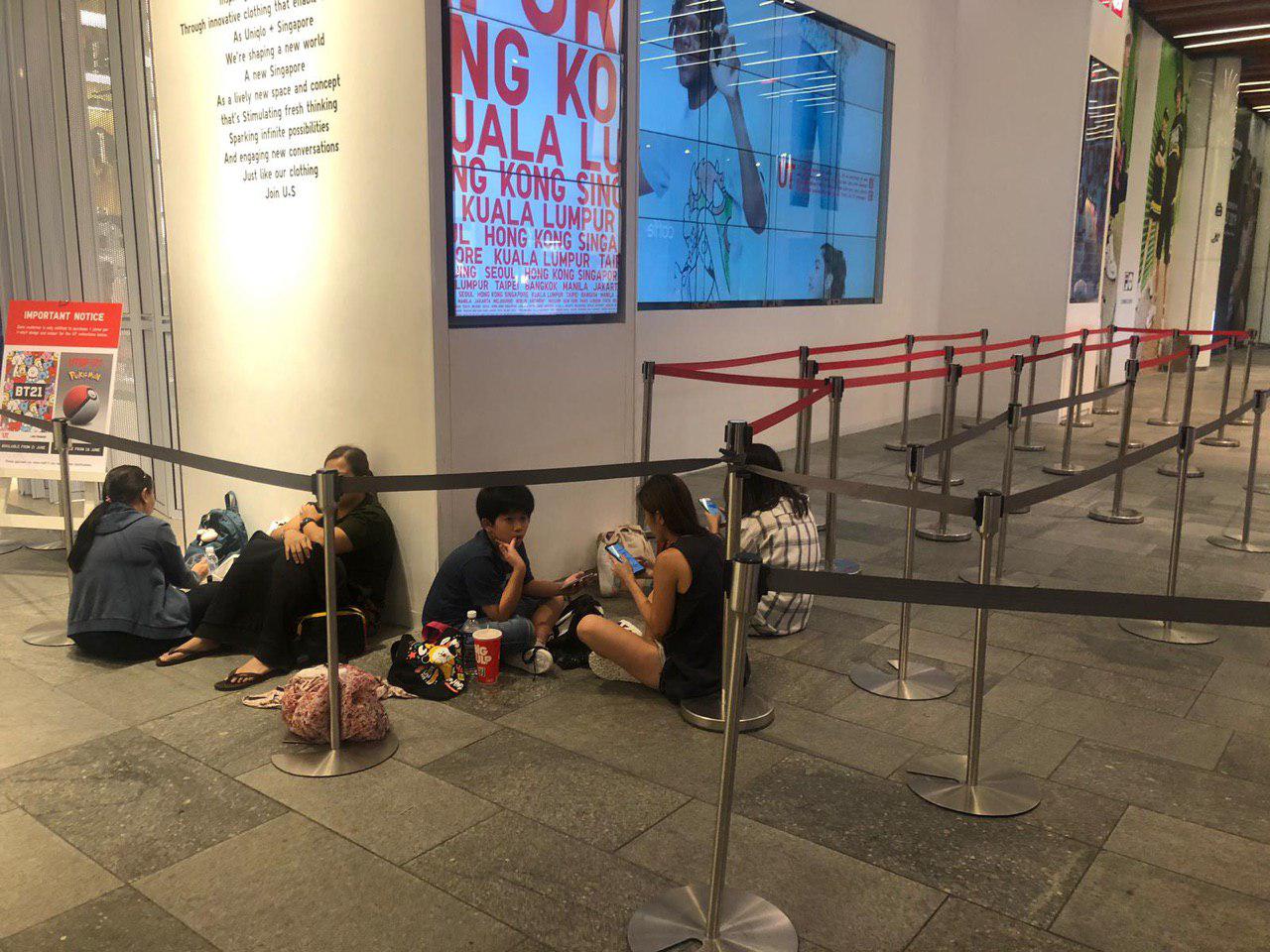 Around 5.30pm the same day, tweets of the situation at JEM’s Uniqlo surfaced. 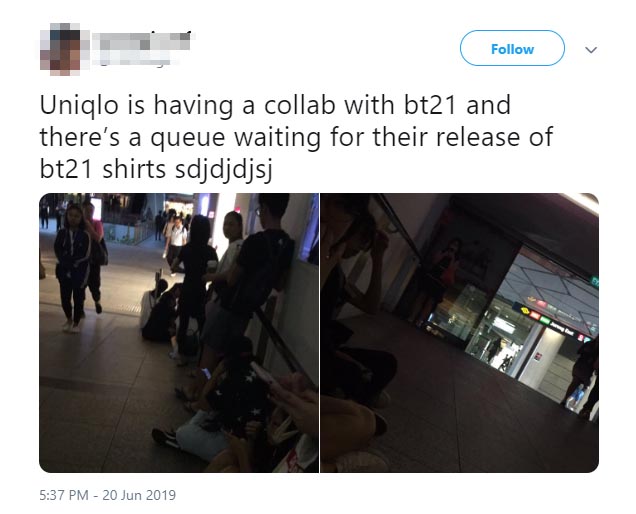 Another user documented her journey at Northpoint’s Uniqlo. 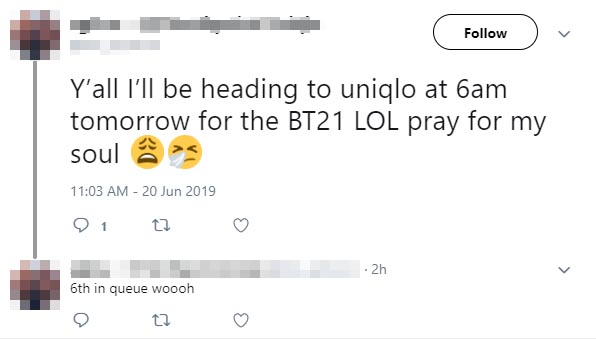 According to this Indonesian Twitter user, she got number 55 when she visited a Uniqlo store at 6pm, Thursday (20 Jun). 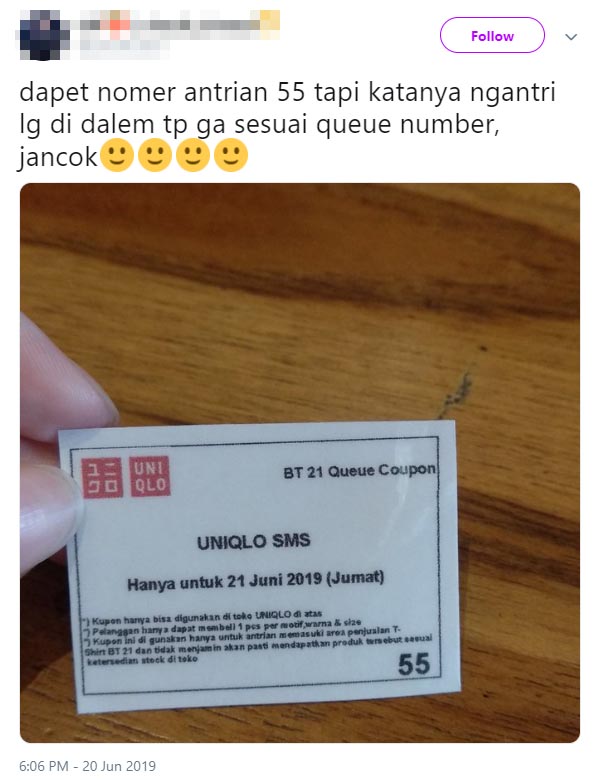 A Malaysian Twitter user posted her queue number received the same day at the One Utama Uniqlo store near Kuala Lumpur. 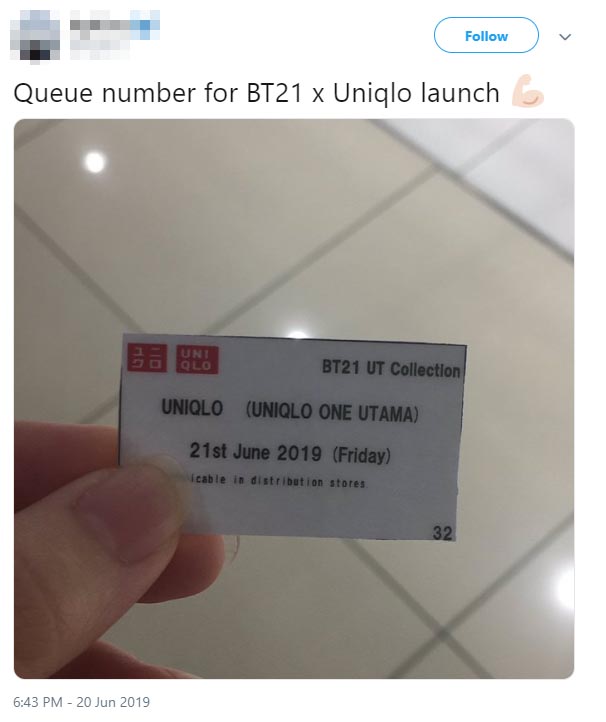 The collection is available on Uniqlo’s online store

This isn’t the first time Uniqlo is launching a collaboration series, but it’s their first time teaming up with a K-pop group. 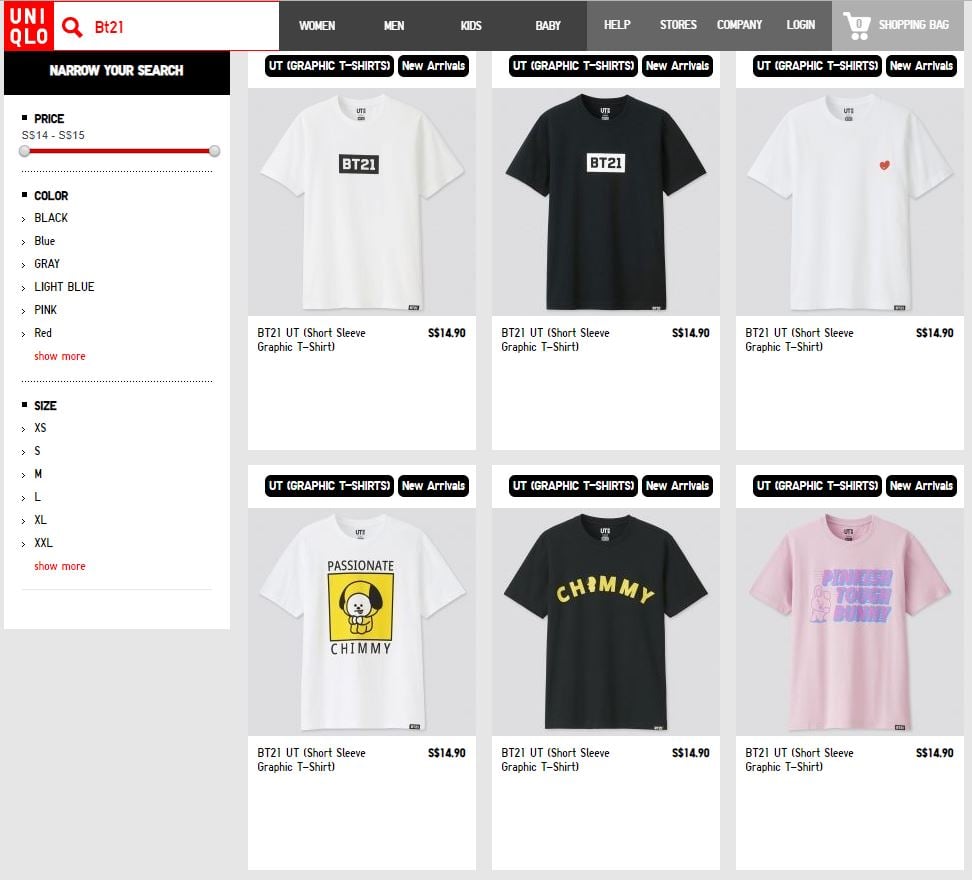 Just earlier this month, Chinese fans were caught crawling and brawling their way into Uniqlo stores in China to snag T-shirts from the Uniqlo x Kaws collection.

For the BT21 collection, if you want to get them but have zero interest in queuing, you can try getting them online. Look for UT (Graphic T-Shirts) sub-category under the Men’s category.

Are you among those in line at the physical stores? Share your queuing experience with us in the comments below.

Feature image from Twitter and courtesy of an MSNews reader.