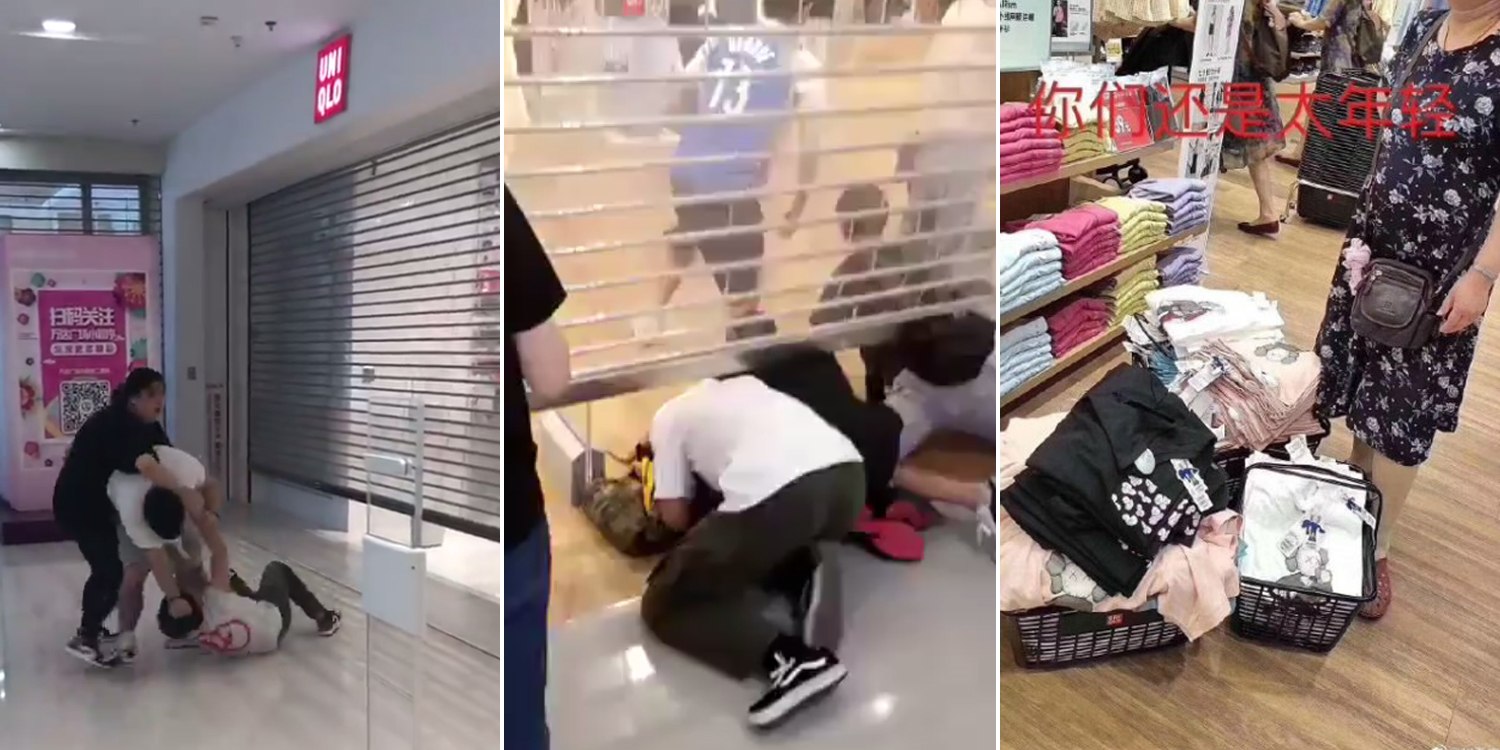 Are those wights from Game of Thrones crawling under the shutters?

Uniqlo – a Japanese casual streetwear brand – is known for comfortable and versatile clothes.

So it’s no wonder why their exclusive Uniqlo x KAWS line always results in insane queues outside their stores.

Over in China, the brawl for the 3rd edition of the highly sought-after merch took a drastic turn on Monday (3 Jun). 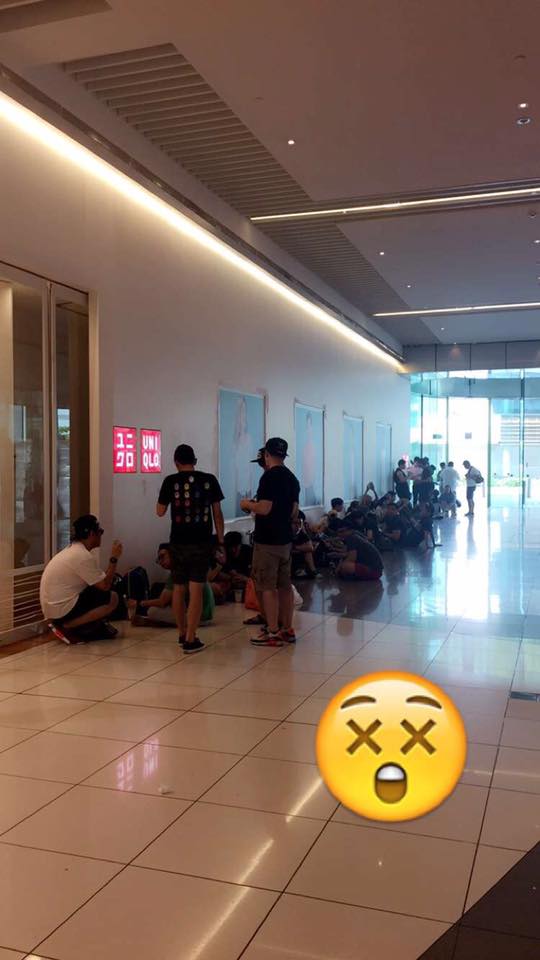 The goods sold out shortly after their release, with some being listed on Carousell by scalpers at much steeper prices.

Multiple videos showed customers fighting, crawling and getting into physical altercations to get their hands on the limited-edition merch.

The mad dash for the Uniqlo stores

These ‘hypebeasts’ weren’t running for the $500 dollar reward that comes with getting gold for IPPT.

They were allegedly chiong-ing for a chance to spend hundreds, if not more on Uniqlo x KAWS apparel.

One of them dropped what seems like his mobile phone, but couldn’t be bothered to stop and retrieve it.

As one Uniqlo store opened, eager customers were seen crawling under the store’s shutter and toppling shelves as they embarked on their quest to buy them all. 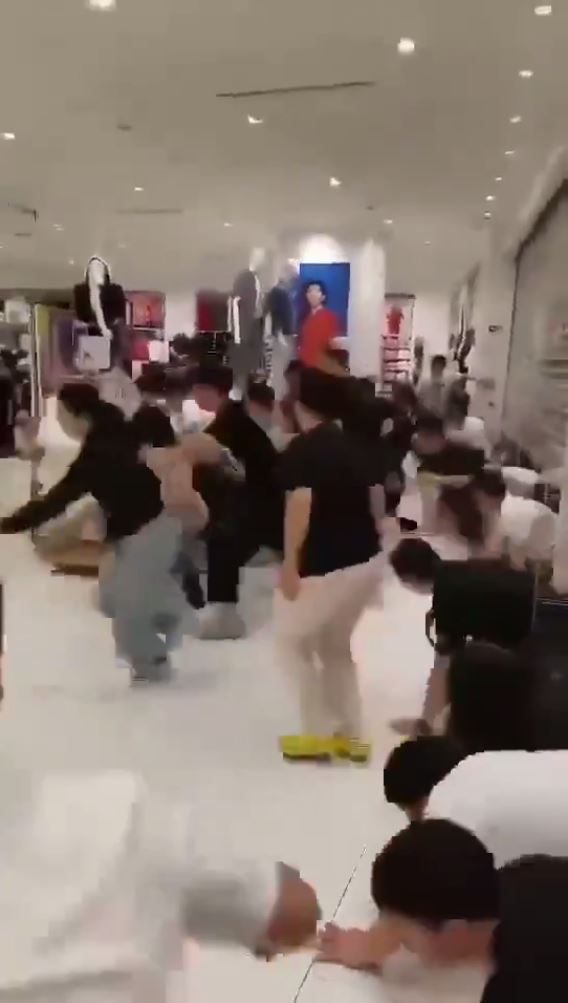 Game of Thrones fans would surely be reminded of Wights crawling through doors during their venture south.

Some of the Uniqlo x KAW items were later seen stripped off mannequins. Imagine the desperation. 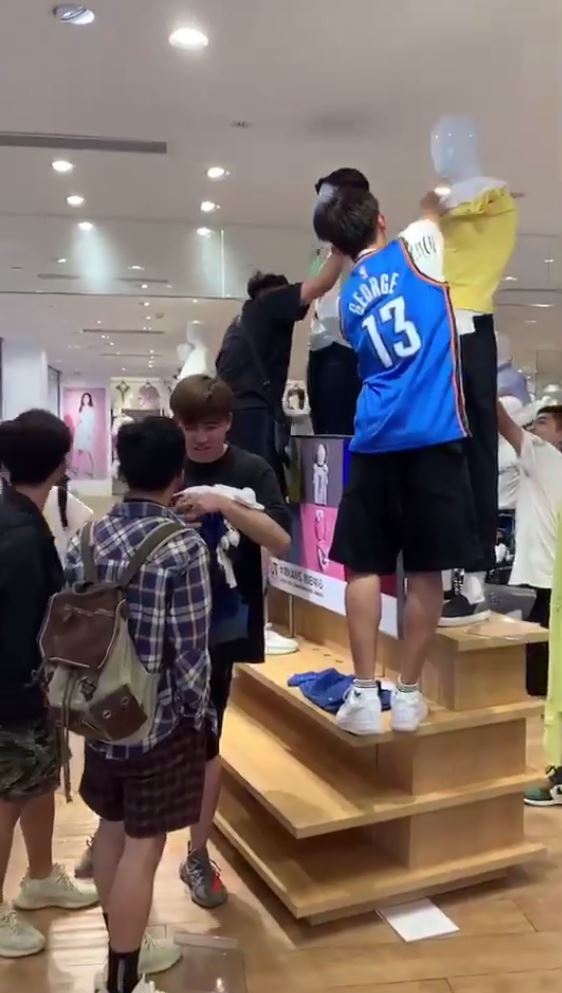 One lucky aunty, however, managed to snag a ton of clothing from the collection. From the heaps she had before her, you could say she was ballin’ out. 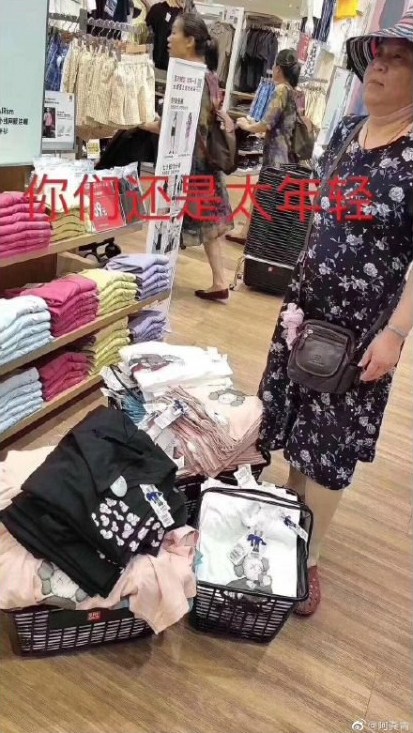 Fights broke out outside the store 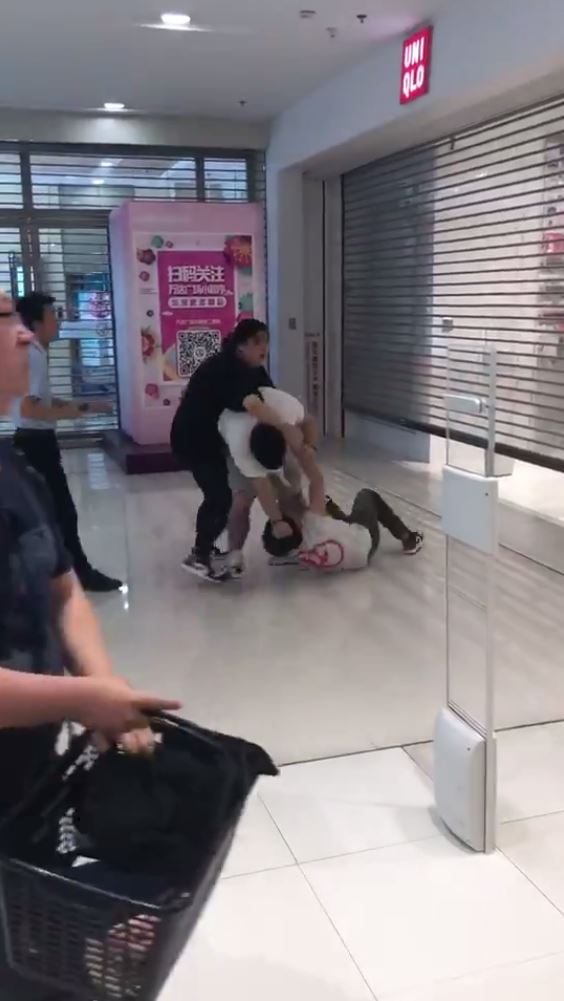 We noticed that both were not carrying bags of clothing, so it’s possible that they may not have been fighting over clothes.

Turns out, physical altercations also broke out in Singapore among customers eager to get their hands on the collection. This netizen nearly got into a ‘shoving competition’ with an elderly lady at the Uniqlo store, according to his Instastory. 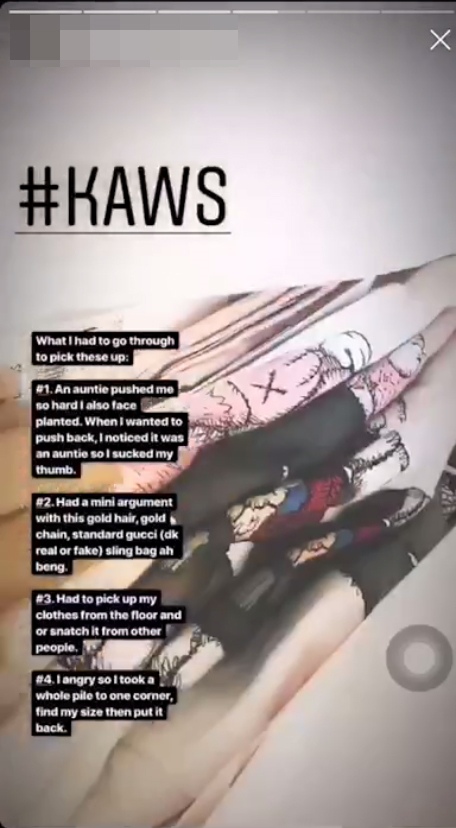 Resold on Carousell at a premium

As usual, ‘enterprising’ scalpers took the chance to sell these sought-after clothes at a steeper price. These T-shirts, for example, retail at $19, but are now being listed at almost twice their original prices on Carousell. 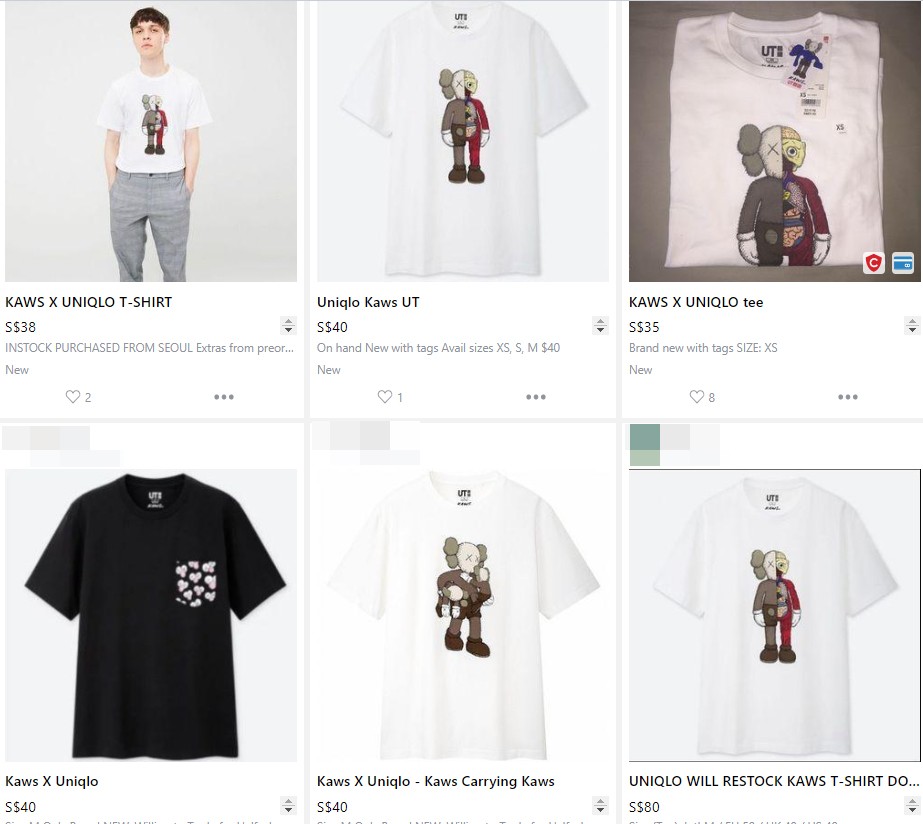 As excited as you may be, there’s absolutely no reason to get violent and physical with other shoppers.

If you’ve missed your chance at getting your hands on the collection, it is likely that the two will collaborate in the near future for a fourth release. So stay tuned for that!