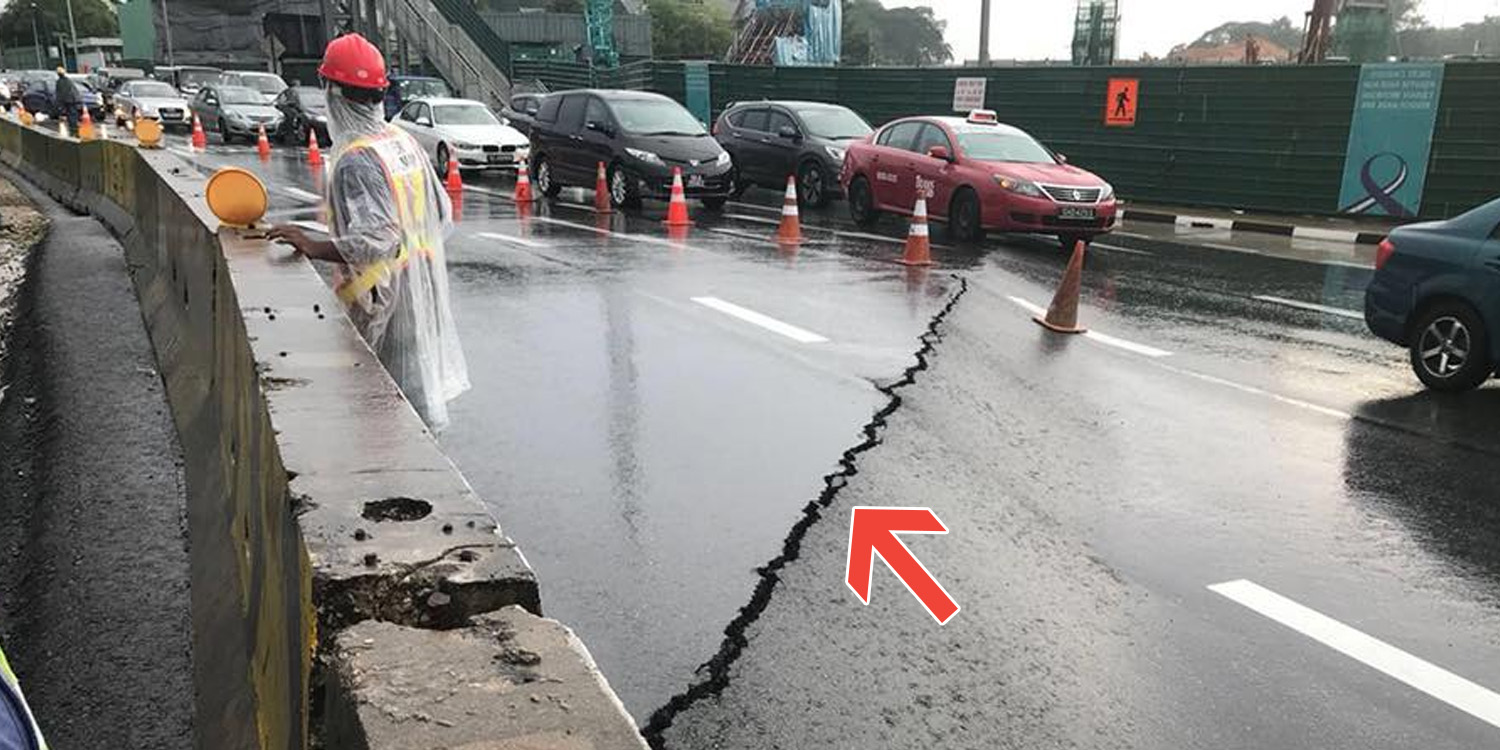 Cracks On Lornie Road Cause Congestion All The Way To Bartley, Serangoon

Late for work today and need a believable excuse that you haven’t used before?

Forget the usual MRT delays – here’s a new one for the books: a giant crack appearing on the road.

That’s what commuters faced on Friday (1 Jun) when cracks emerged across two lanes on Lornie Road.

Judging by photos, the cracks are about 10cm-wide and 2 lanes-long, although this is not confirmed.

According to The Straits Times, the cracks are near the ongoing Bukit Brown road construction site.

It isn’t clear whether this had anything to do with the cracks appearing.

By 1130am, the Land Transport Authority announced that the cracks had been repaired.

All lanes had also been reopened to traffic.