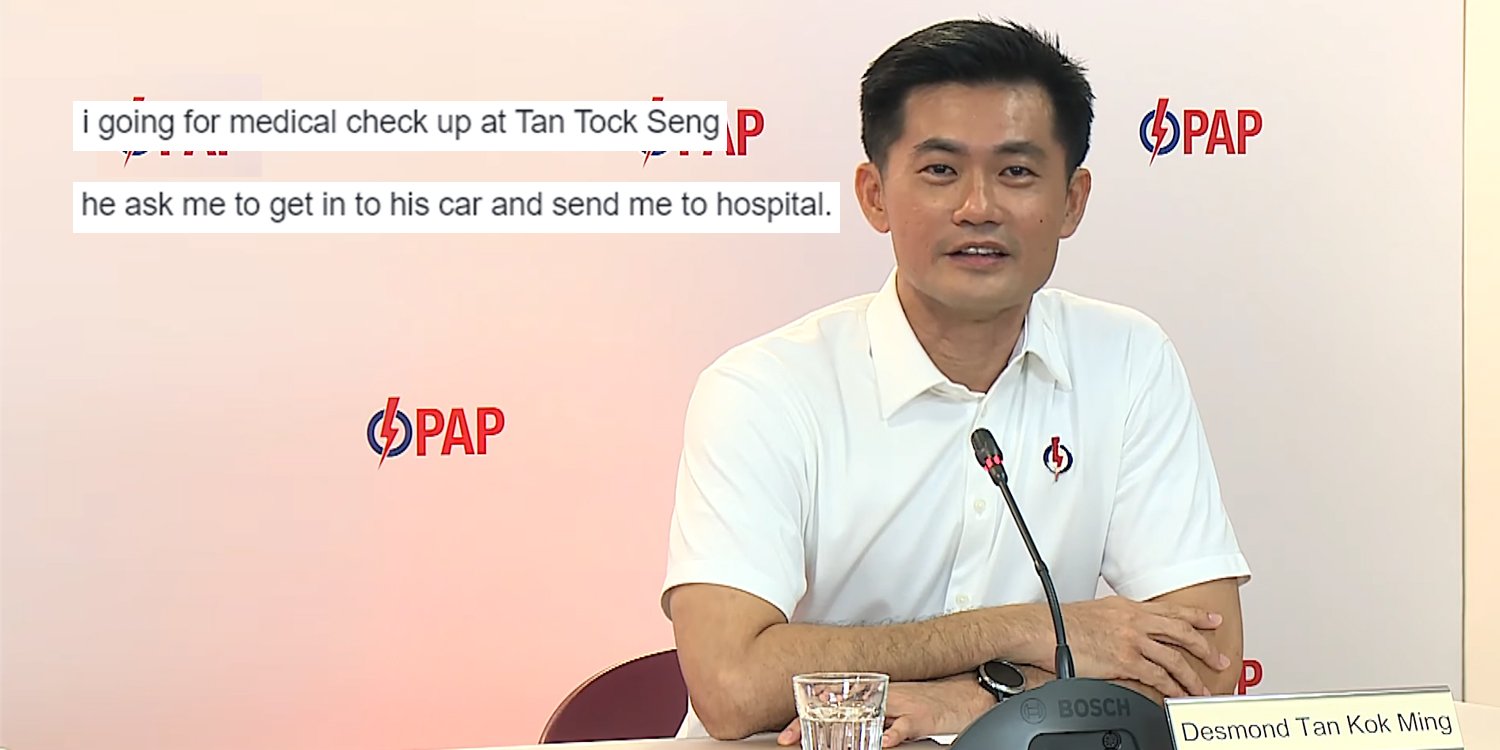 Helped to pay off NSF's fine for damaging equipment.

What was supposedly the start of new PAP candidate Mr Ivan Lim‘s political career turned out to be a case of premature departure. After receiving a slew of criticism for his behaviour during NS and at work, the 42-year-old ultimately decided to withdraw his candidacy.

But not everyone’s the subject of similar scrutiny. 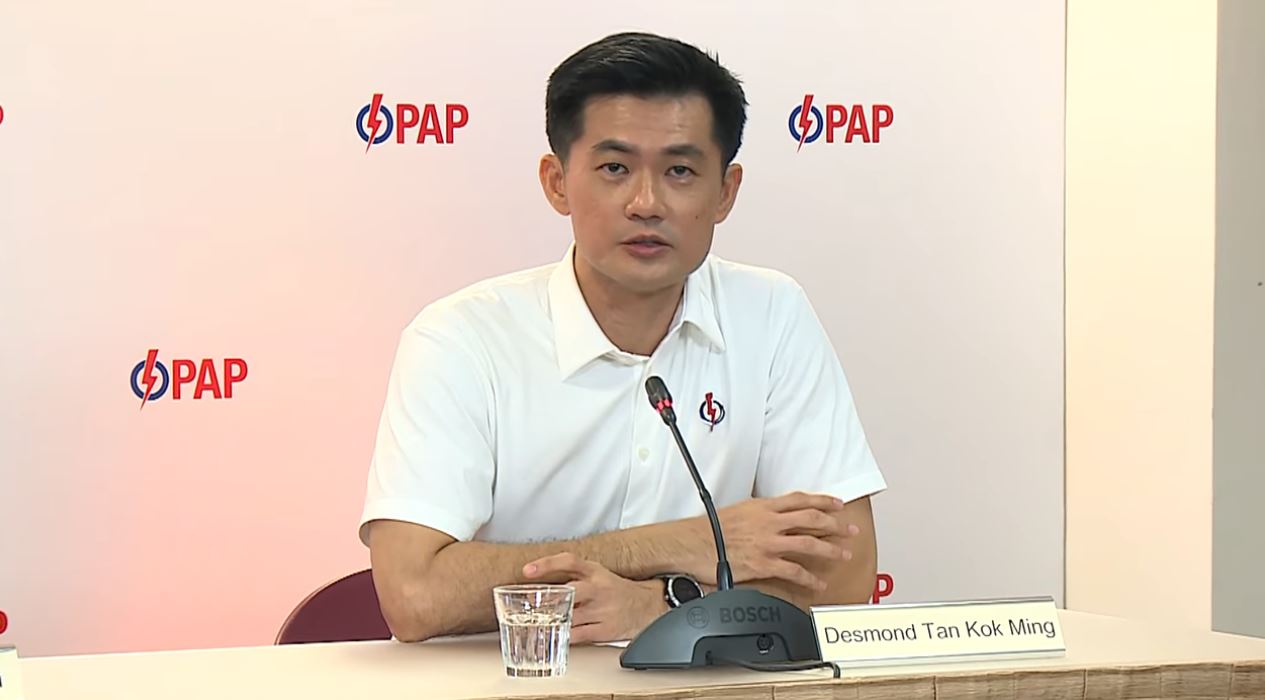 Here are some heartwarming ones that we found.

The majority of the accounts lauded Mr Tan for his time in the Singapore Armed Forces (SAF). One netizen recalled Mr Tan offering him a ride to Tan Tock Seng Hospital for a medical checkup. 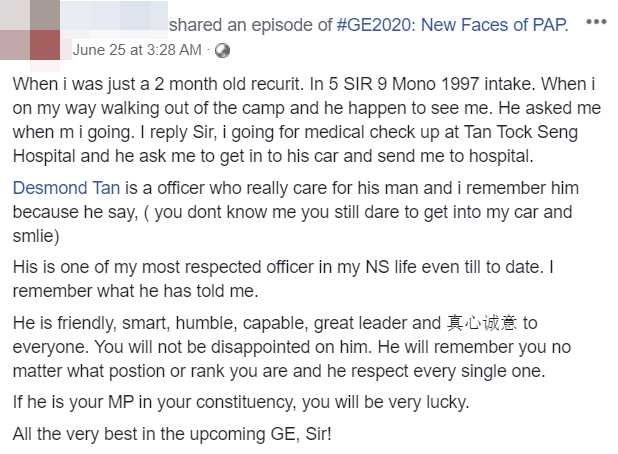 Mr Tan went so far as to tease the then-recruit, asking him how he could get onto a stranger’s car.

Another Facebook user encountered Mr Tan during his stint with 5 SIR and described him as a “very hands-on and empathetic leader”. 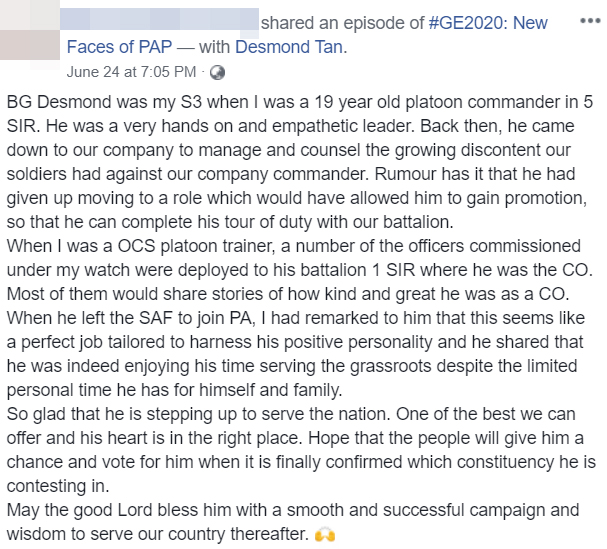 He is heartened by Mr Tan’s desire to serve and urged voters to give him a chance in the coming elections.

Addressed everyone by name

This netizen has many fond memories of Mr Tan as his Commanding Officer (CO) but noted his “amazing ability” to remember almost everybody in the unit by name. 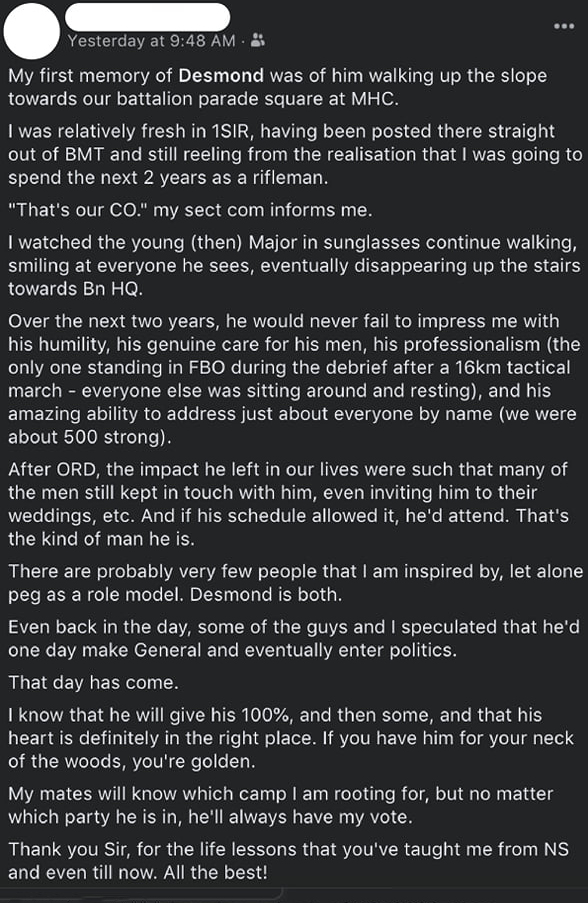 Some from the unit apparently still keep in contact with Mr Tan, and would even invite him to their weddings.

Mr Tan even helped to pay off the majority of the ‘fine’ that this netizen had to pay after he broke SAF’s equipment. It’s a rather lengthy account, but you can read it in full here.

Besides those who served alongside him in the SAF, Mr Tan was also lauded by others who spent time with him in the People’s Association (PA) and even on the football pitch. 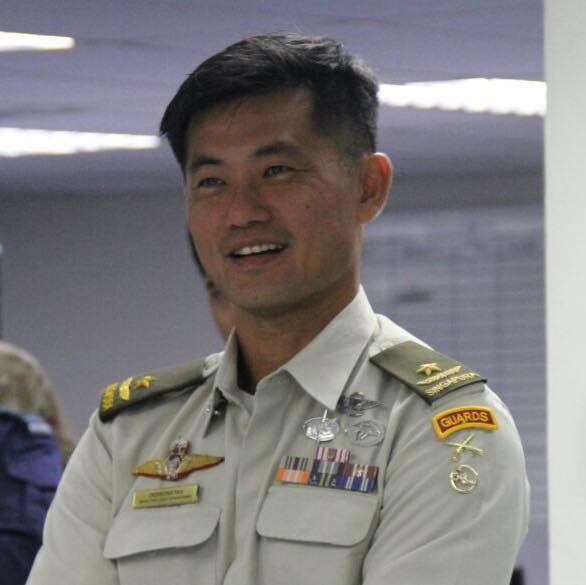 He was most recently seen at walkabouts at the Pasir Ris-Punggol GRC with Mr Teo Chee Hean.

A great leader, no matter where he chooses to contest

While it isn’t clear which constituency he will be contesting in yet, his caring nature as shown by the testimonials above suggests that he’ll be a great leader, wherever he chooses to contest.

Have you encountered Mr Tan yourself? Share your memories in the comments below!