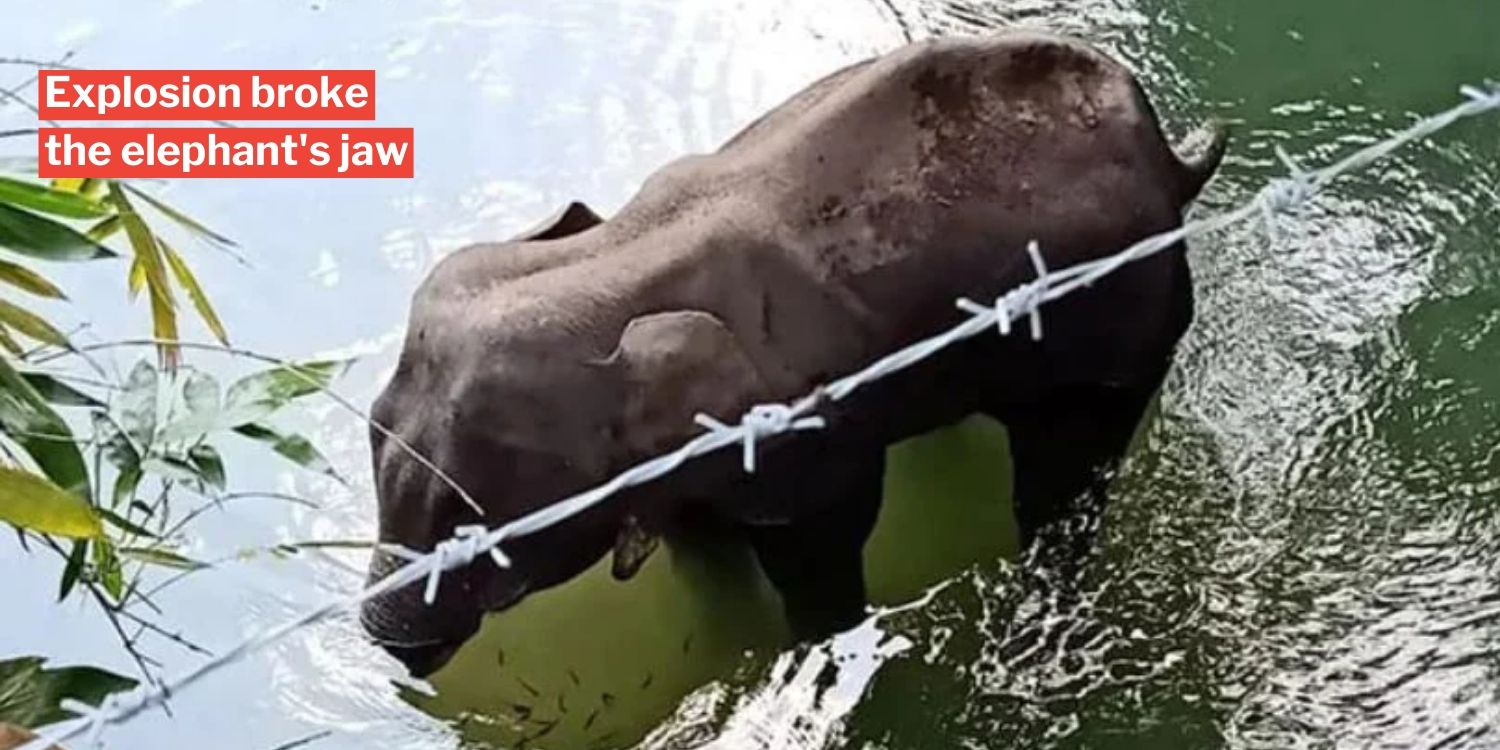 Such animal cruelty cannot be tolerated.

In the latest case of animal cruelty, a pregnant elephant has died after eating a pineapple stuffed with firecrackers.

Originally belonging to the Silent Valley National Park (SVNP) in India, the elephant died on 27 May at Velliyar River, while standing with its trunk in the water. 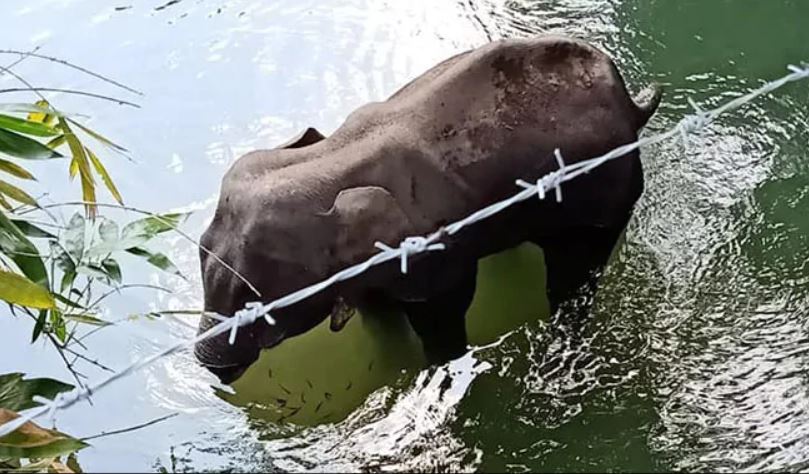 The Kerala Forest department is currently on a “manhunt” to apprehend the culprit responsible for the death of the 15-year-old elephant.

Elephant ate pineapple with firecrackers in it

According to reports, the elephant left Silent Valley to search for food in the nearby village. Presumably, it then ate a pineapple that had firecrackers in it.

However, it is not uncommon for locals in that area to lace their pineapples with firecrackers as they do this to ward wild boars off their fields. 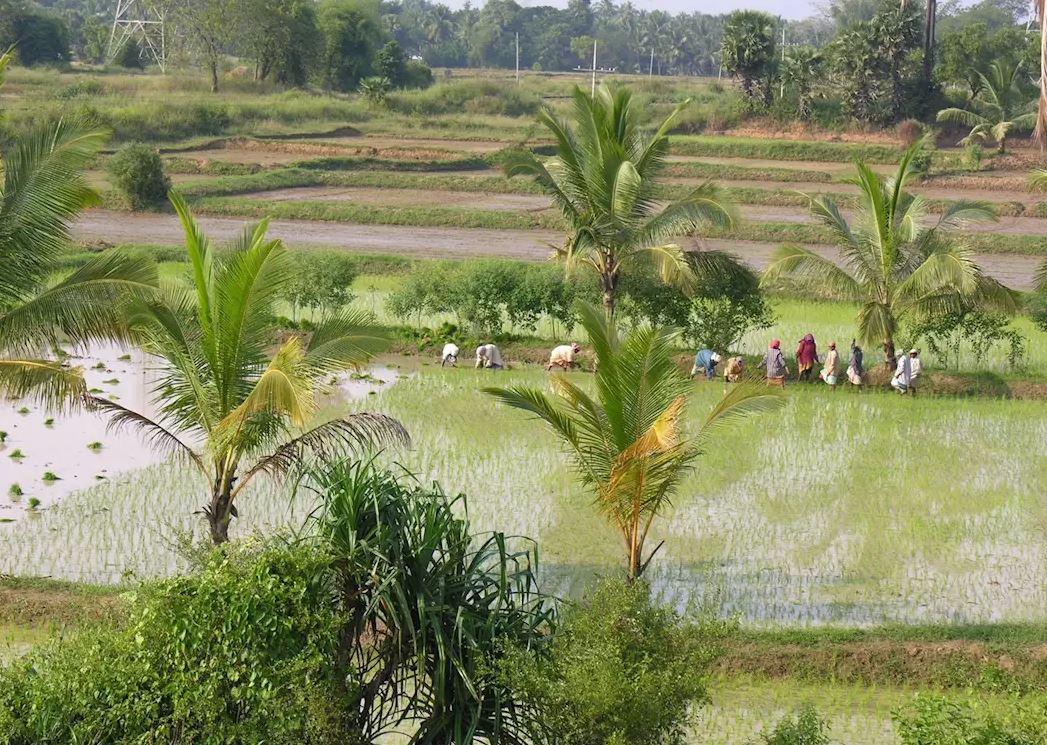 But according to the Chief Wildlife Warden, the elephant was purposefully fed the pineapple as a means to eliminate her.

The explosion left the pregnant elephant seriously injured and unable to eat with a broken jaw.

Elephant headed “peacefully” to the river to die

Even though the explosion rattled the elephant into fleeing, it did not trample the village while escaping.

Instead, the elephant headed to the Velliyar River and submerged her mouth and trunk in the water. 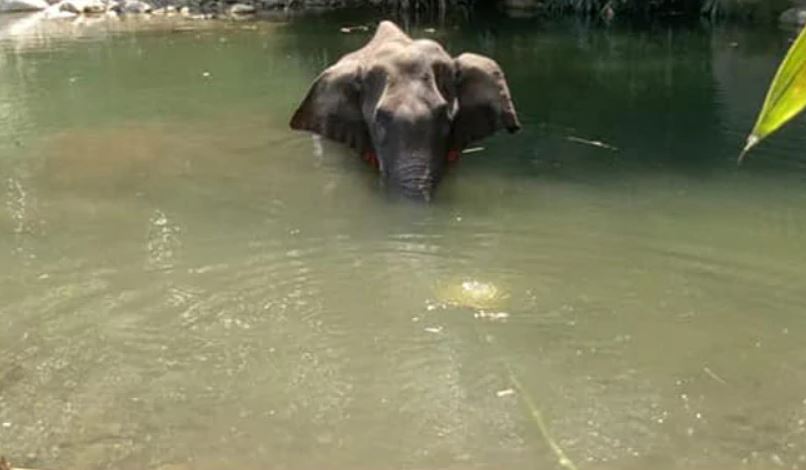 This was presumably done to block off the wound from insects, said Mohan Krishnan, a forest officer part of the Rapid Response Team.

As part of the rescue strategy, forest officials brought in 2 other elephants to help guide the pregnant elephant out of the river. However, the injured elephant elephant did not allow them to do anything.

But I think she had a sixth sense. She didn’t let us do anything.

The injured elephant passed away while standing in the river hours later.

Culprit needs to be brought to justice

Such blatant animal cruelty has no place in our society.

Hopefully, authorities manage to nab the person responsible for this tragedy and deter others from performing such abhorrent acts.