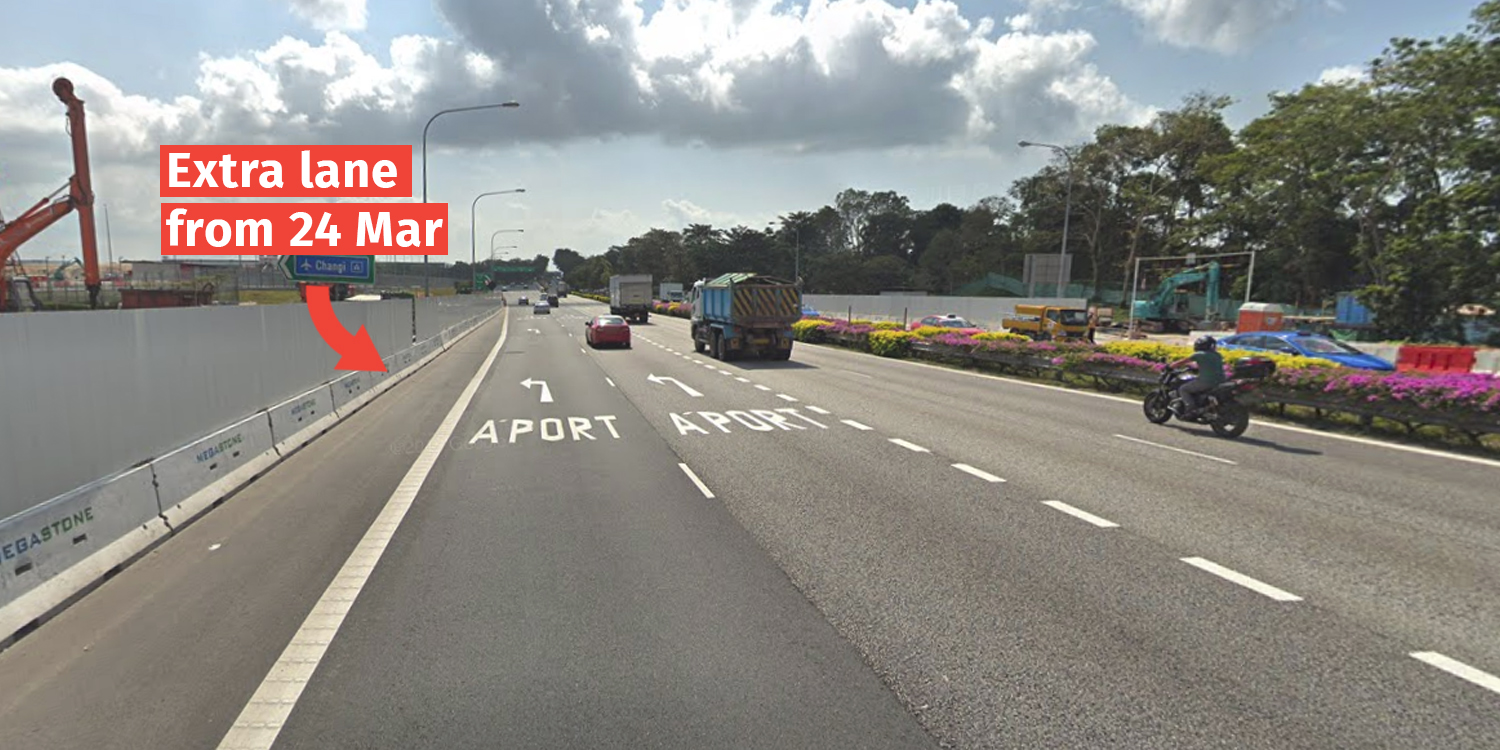 Jewel Changi Airport has been the talk of the town since its announcement last year. The massive chrome dome is set to open on 17 Apr.

Expecting additional traffic with Jewel’s opening, the Land Transport Authority (LTA) will be adding a third lane to the section of the Pan-Island Expressway (PIE) leading towards Airport Boulevard.

The extra lane is expected to open on Sunday (24 Mar). 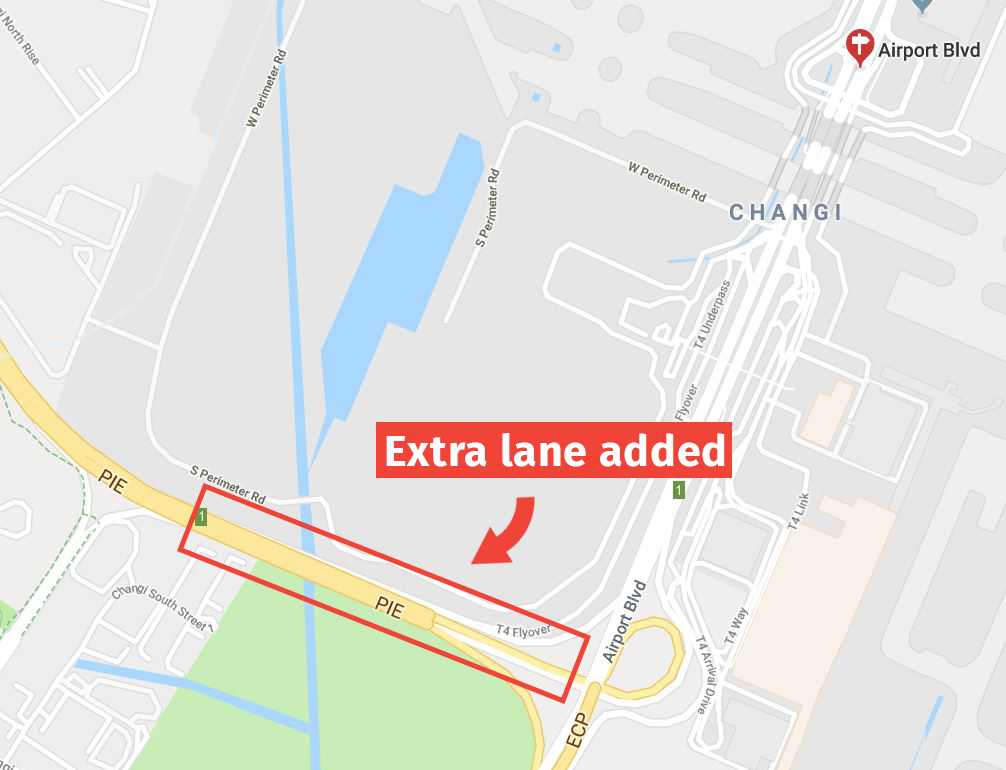 That’s the lane perpendicular to the long one leading up to the airport terminals — and very soon, to Jewel Changi Airport.

In addition to the lane expansion, the exit onto Airport Boulevard will also be shifted forward.

This means motorists would have to take the left turning lanes earlier if they want to get to the airport.

National University of Singapore transport researcher Lee Der-Horng, however, expressed his doubts about the helpfulness of the extra lane.

He explains that the expansion is “fairly marginal” compared to the expected increase in traffic Jewel’s opening may bring.

The airport is therefore encouraging visitors to take public transport to the new mall. Here’s a summary of the ways you can get to Changi Airport.

Sure the trains might be packed on the opening weekend, but that should beat being stuck in snail-crawling traffic.

In case you haven’t planned your Jewel Changi Airport itinerary: