F1 Concert Saw Plastic Waste Littered Everywhere, Proof S’pore Has Much To Do For Climate Change 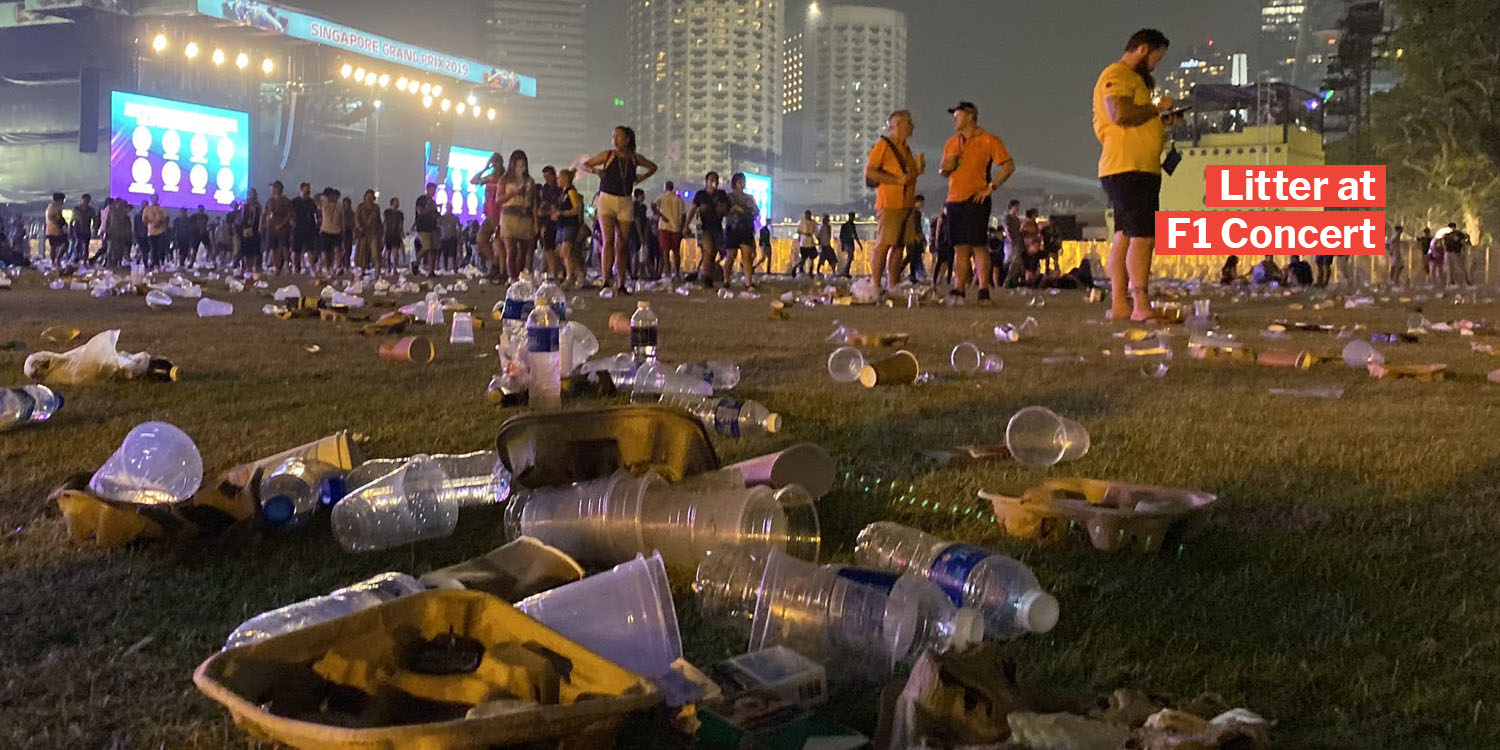 Let's do our part for climate change.

The SG Climate Rally on 21 Sep was a rousing demonstration of Singapore’s motivation to help save the environment.

But it seems that efforts on the ground may not align with our vision.

A scene of the aftermath of the recent F1 concert showed plastics strewn on the ground, a far cry from our call for climate change action. 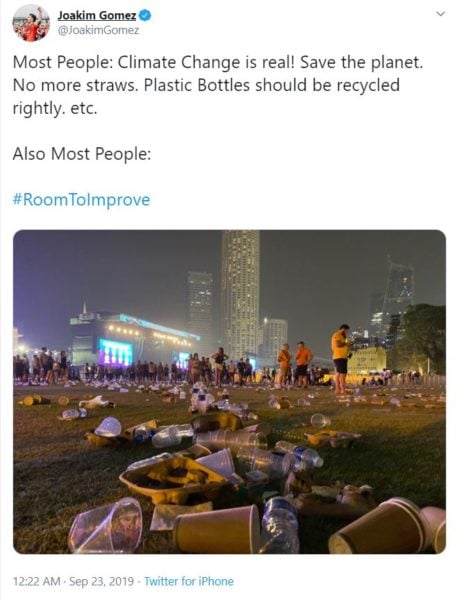 This was taken on the last day of the F1 Grand Prix concert, after most of the crowd had dispersed.

Trash that included plastic bottles and cups were lying around in messy piles across the concert venue.

He highlights the irony of this, saying how even though more people are supporting environmental causes and know the urgency of climate change, they don’t even get the simplest thing right and choose to litter.

Joakim elaborated on the issue in a longer Instagram post, saying that we should all clear our own rubbish and dispose it in the right bins. This, he added, should be done regardless of whether you’re a local or not.

While many might feel that being a environmentally-friendly is inconvenient or too leceh, he offers a simple task that everyone can do:

The combat against climate change and sustainability starts with the simplest act of disposing your used items responsibly.

After all, a journey of a thousand miles begins with one step.

Netizens reply with their own F1 experiences

An Instagram user commented on Joakim’s post, saying that tickets were sealed in a bubble wrap envelope.

Given that 268,000 people attended F1, this meant that a huge amount of plastic was wasted, he pointed out.

Another user also commented that the organisers should have provided recycling bins. This was especially so since most of the litter was recyclable.

Do our part to keep Singapore clean

Singapore is famous for being a clean and green city. Yet, there is still so much more we can do to maintain this reputation.

If you want to do your part for Mother Nature too, you can join a beach cleanup here.

There are many other ways of being environmentally friendly as well, such as turning on the air-con less frequently or using reusable containers to dabao food.

Let’s all play a more proactive role in saving the earth.