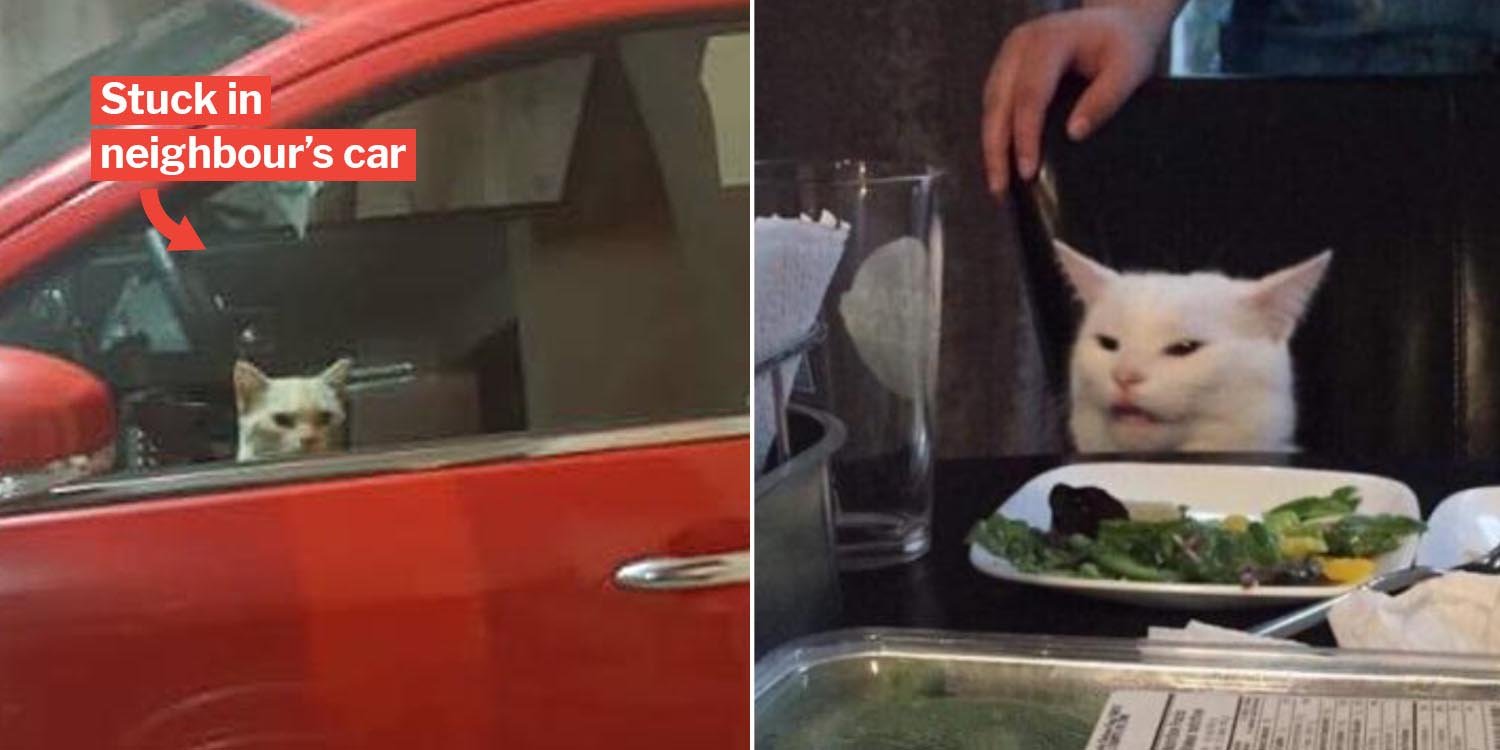 Ginger Cat In Malaysia Sneaks Into Neighbour’s Car, Turns On Hazard Lights To Get Owner’s Attention

Imagine walking to the door just to notice your pet staring at you from your neighbour’s car.

That was exactly what happened to a Malaysian family early this week and it was hilarious.

On Wednesday (25 Dec), Twitter user Hanis shared a funny experience she had with her family.

Apparently, her ginger cat Oyen got himself stuck in a neighbour’s car and turned on the hazard lights to attract the family’s attention.

You’re probably wondering how this cat got into the car in the first place.

According to a screenshot of Hanis’ family chat, her dad shared that the neighbours were unloading their hauls from the car. That was when Oyen snuck in without them knowing.

We’re not sure how long Oyen was stuck in the car for but his rescue story will definitely tickle.

While being locked in the car, Oyen was probably bored out of his wits. So being a cat, it’s quite possible that he started playing around with the car gears.

We’re guessing that was when he turned on the car’s hazard lights.

It was upon a closer look that he noticed his poor cat Oyen staring at him helplessly.

Does this scene look familiar, like a meme?
Source

Oyen was then released from the car. You can watch the entire rescue process here.

Excited to finally have a taste of freedom, Oyen immediately ran out of the car once the door was opened.

Is Oyen the cat from the famous meme?

When this incident was shared on Twitter, it went viral garnering more than 37,600 retweets at the time of writing.

Apart from laughing at how ridiculous the entire incident was, Twitter users also pointed out that Oyen looks almost exactly like the cat meme.

In case you’re not sure what the cat meme is, here’s a picture of it.

For comparison, here’s a photo of Oyen.

Don’t they look so similar?

And apparently, Hanis’ brother also noticed the similarity and decided to make a meme out of Oyen’s situation.

Oyen is indeed a derp cat. Just look at the way he sleeps.

He even has a natural meme-worthy expression.

Getting himself stuck in such a situation was probably the last thing Oyen expected when he decided to sneak into the car.

But at least the hilarious incident brought laughter to the family and everyone else online.