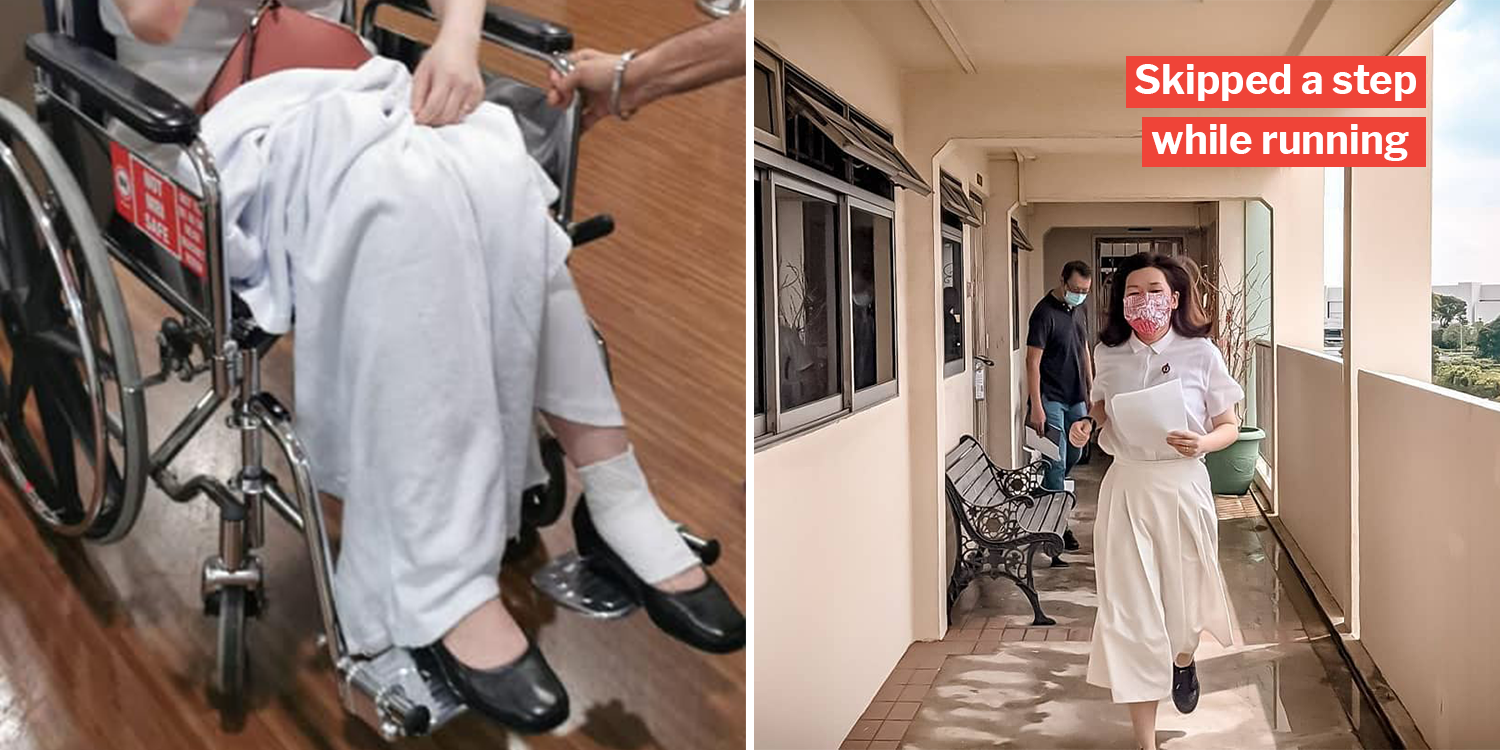 We wish her a speedy recovery.

Some candidates have hilariously taken running for elections quite literally — Mr Tan Chuan-Jin included. But for Ms Hany Soh from PAP’s Marsiling-Yew Tee GRC, she’s sadly sustained an injury while on walkabout.

She shared her story on Facebook & received well-wishes from netizens. 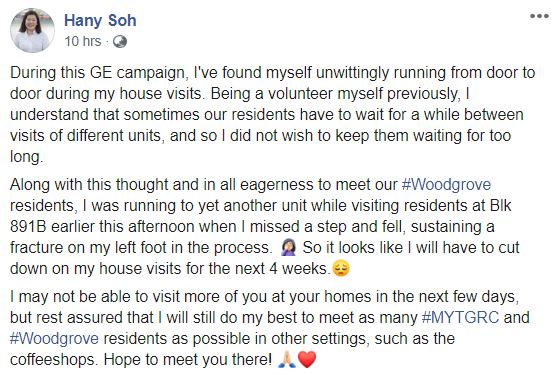 In spite of this, she still wishes to meet residents some way or another.

Ms Soh begins her post by sharing that she’s been “running from door to door” during house visits — an unexpected ‘side effect’ from wanting to shorten wait times for residents.

She goes on to explain that she had missed a step and fallen while visiting residents at Blk 891B in the Woodgrove district.

She painfully sustained a fracture in her left foot as a result of the fall.

Due to obvious reasons, Ms Soh states that she would probably have to cut down on house visits for the next 4 weeks. In spite of this, she is still looking to meet as many Marsiling-Yew Tee and Woodgrove residents, albeit in different ways. 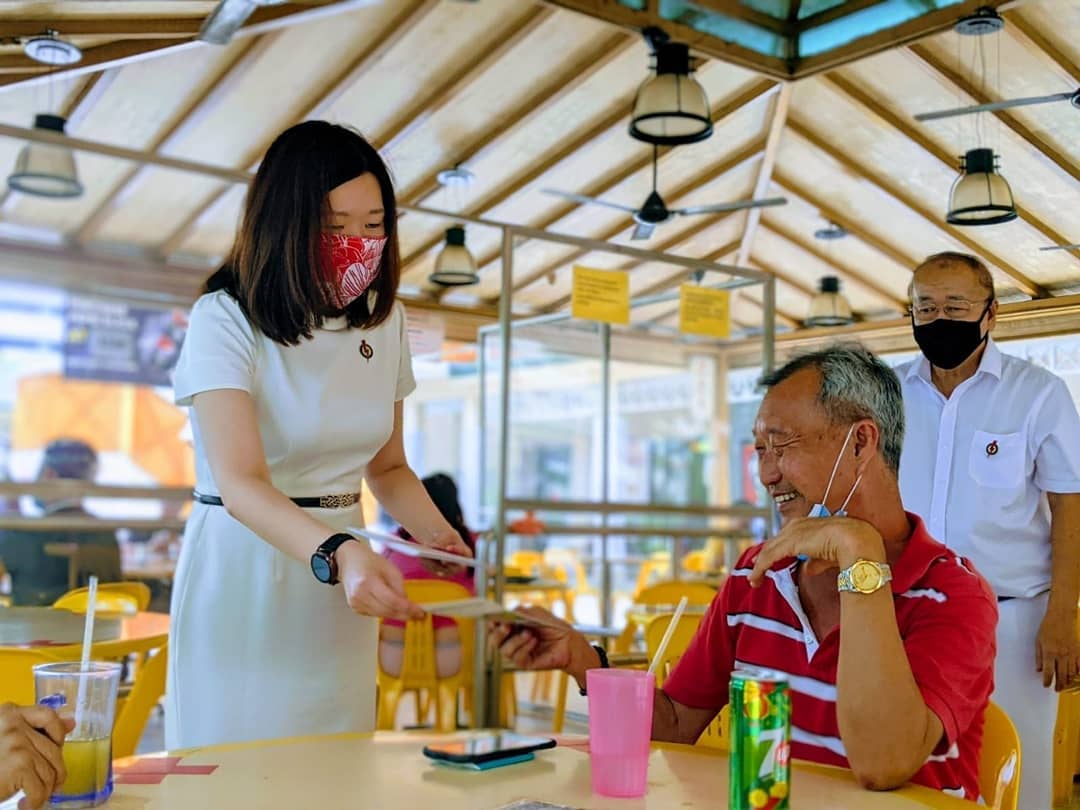 She hopes to use various settings such as kopitiam, to engage voters while injured. If that’s not dedication, we don’t know what is.

While we admire Ms Soh’s efforts to continue campaigning in spite of her injury, we hope that we will take care of herself and make a speedy recovery.

Hopefully, she will be able to resume house visiting as per normal soon. 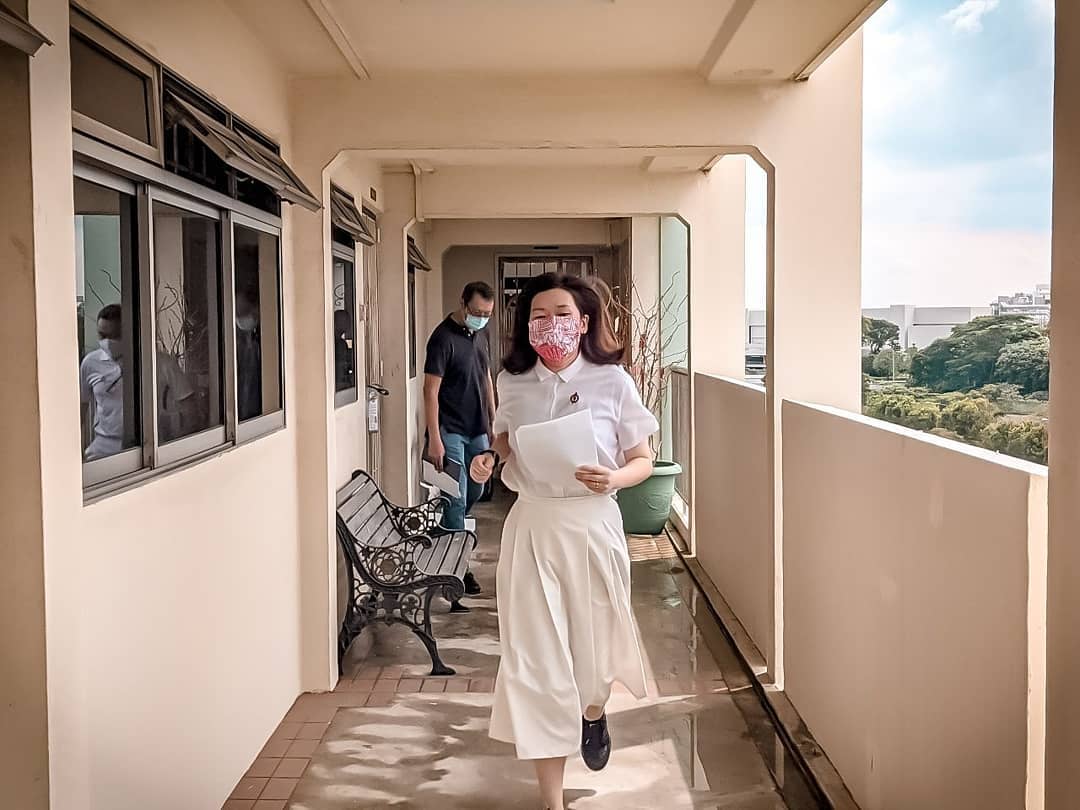 We also hope that all other GE2020 candidates, regardless of party affiliations, will take care of their health & well-being while campaigning for the coming elections.