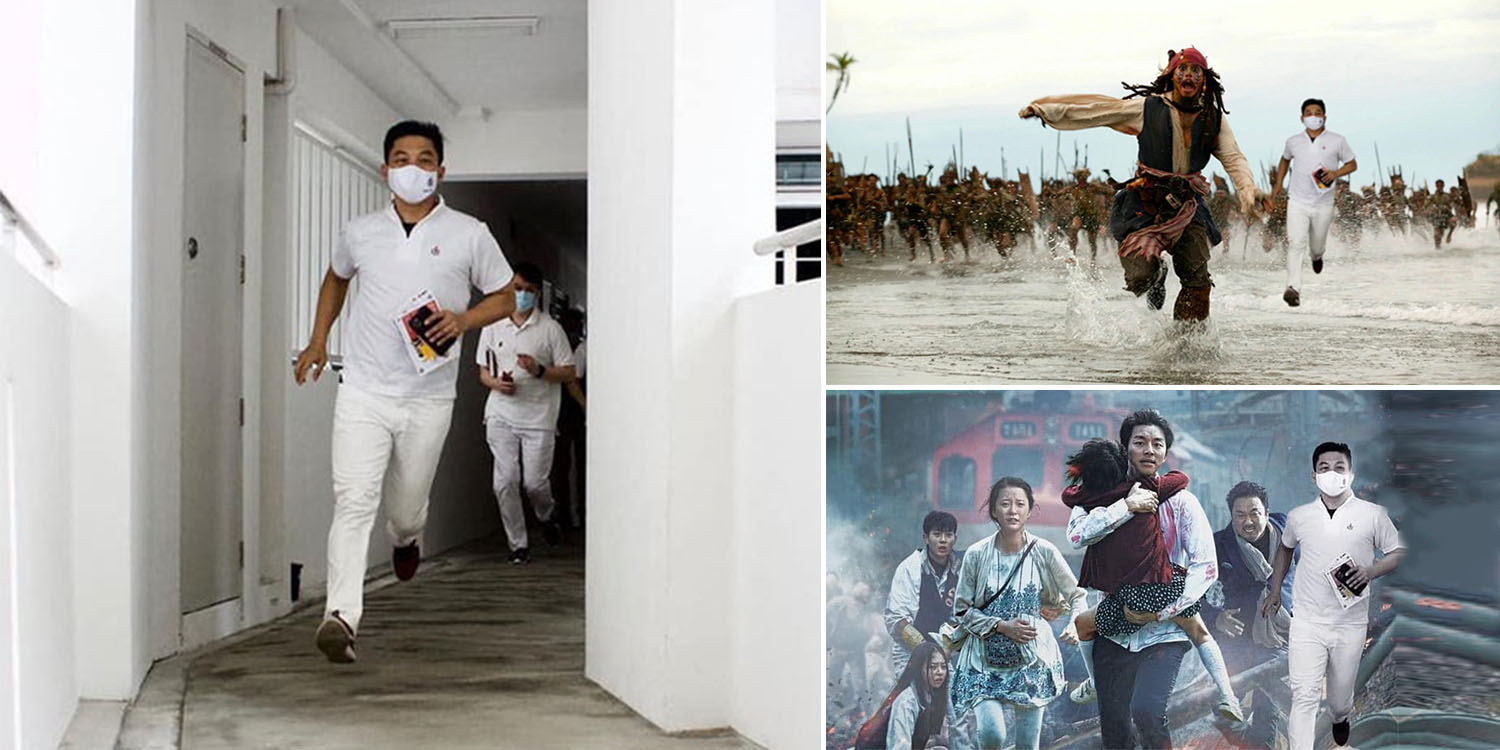 An enjoyable part of this election season has been the endless stream of memes which have shown no sign of ceasing just yet.

As for our ex-House Speaker Mr Tan Chuan-Jin, he was recently captured in action — running along a HDB corridor with his team while campaigning. Now, Facebook page It’s a repost has officially declared that the time is ripe for a wholesome Photoshop battle — with insanely hilarious results.

1. Pirates of the Caribbean 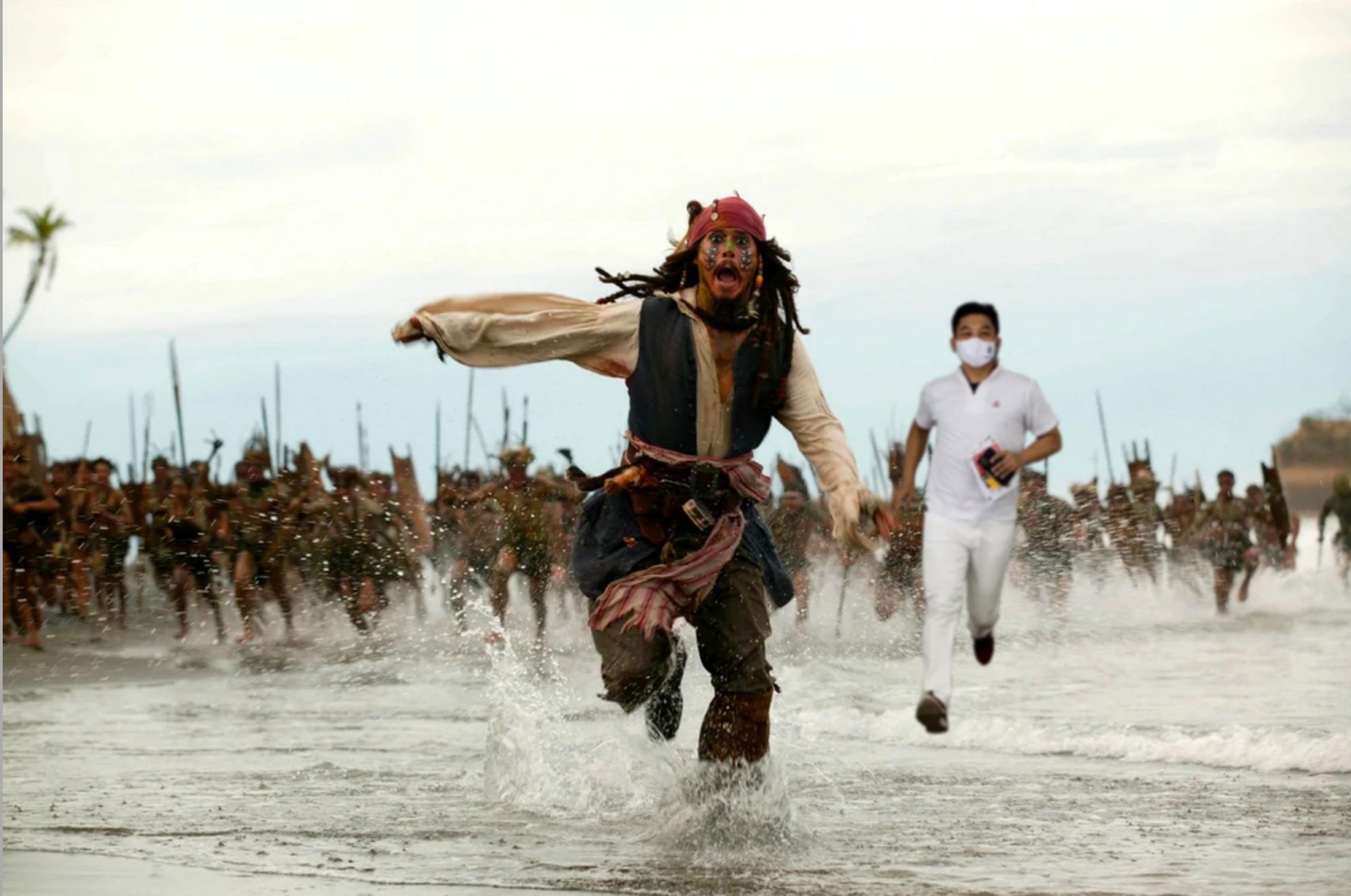 Besides taking ‘running for election’ extremely seriously, Mr Tan Chuan-Jin puts his quads to good use in escaping hoards of islanders with Captain Jack Sparrow himself. 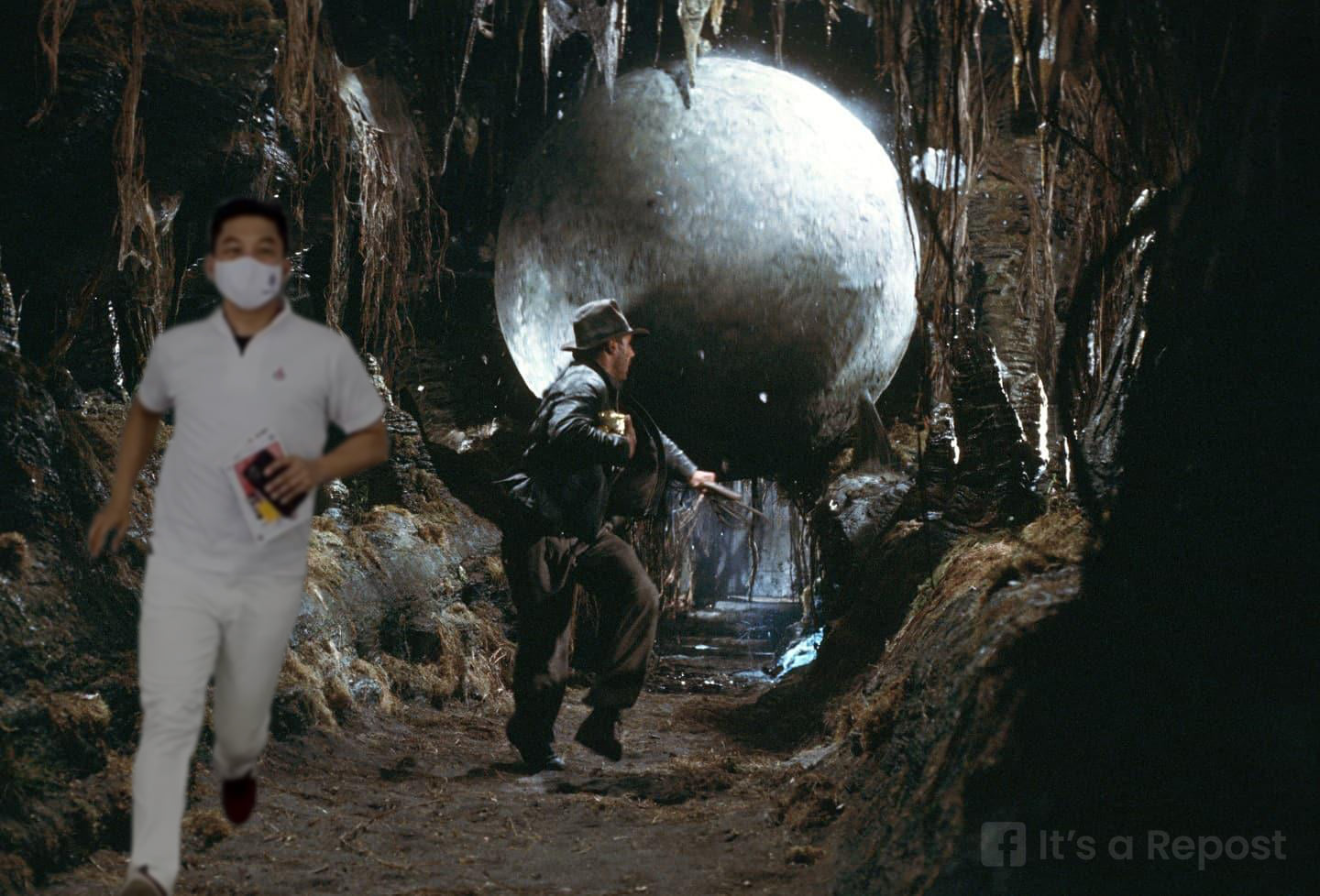 We weren’t aware that Mr Tan was moonlighting as Indiana Jones’ sidekick, but this quick exit from the iconic boulder scene has us rolling with laughter too. 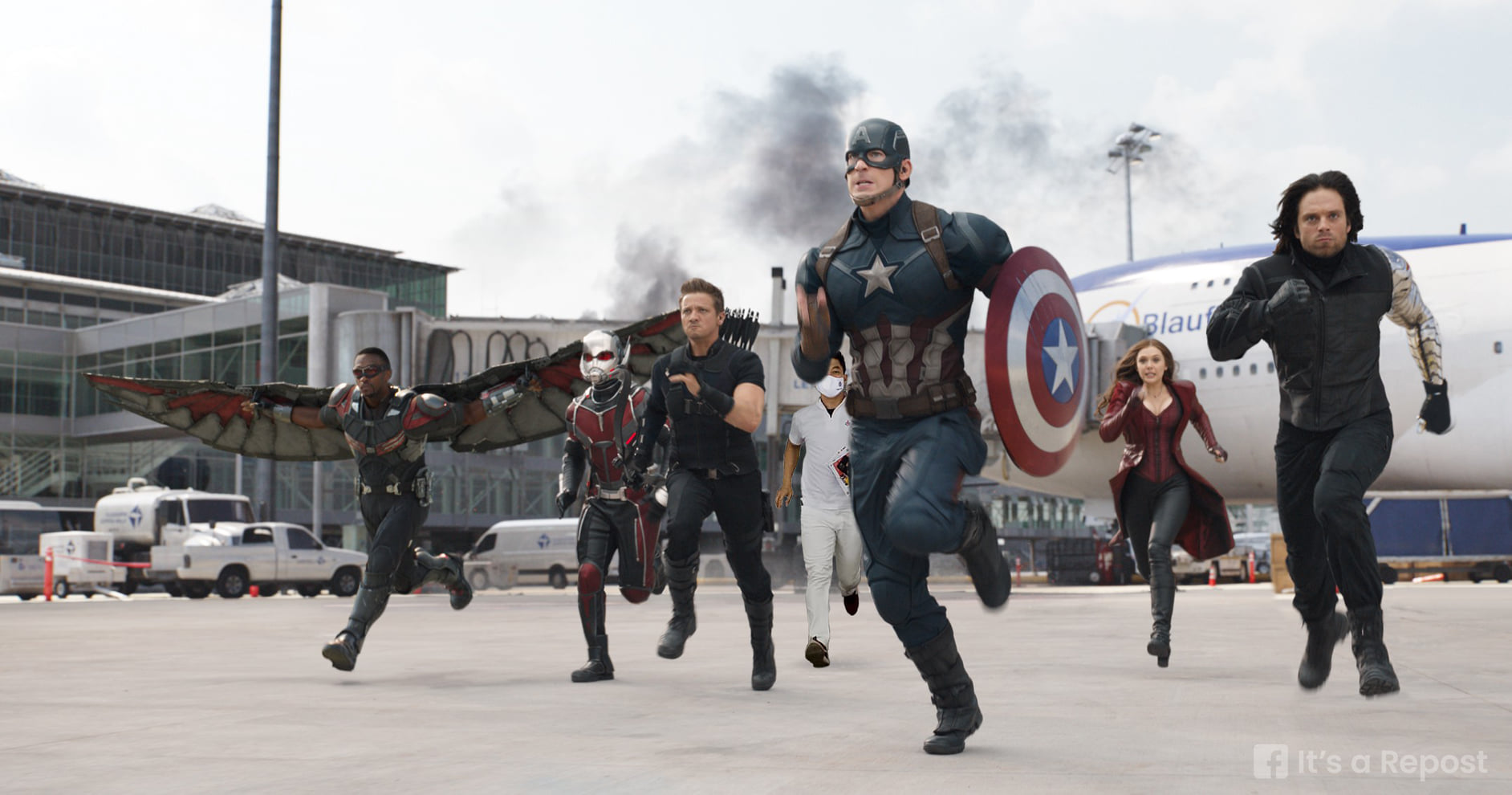 Keeping up with Captain America’s stamina is not a feat for the common man, but Mr Tan Chuan-Jin flies Singapore’s flag high as a second-string Avenger in a bid to stop Iron-Man & his A-team. 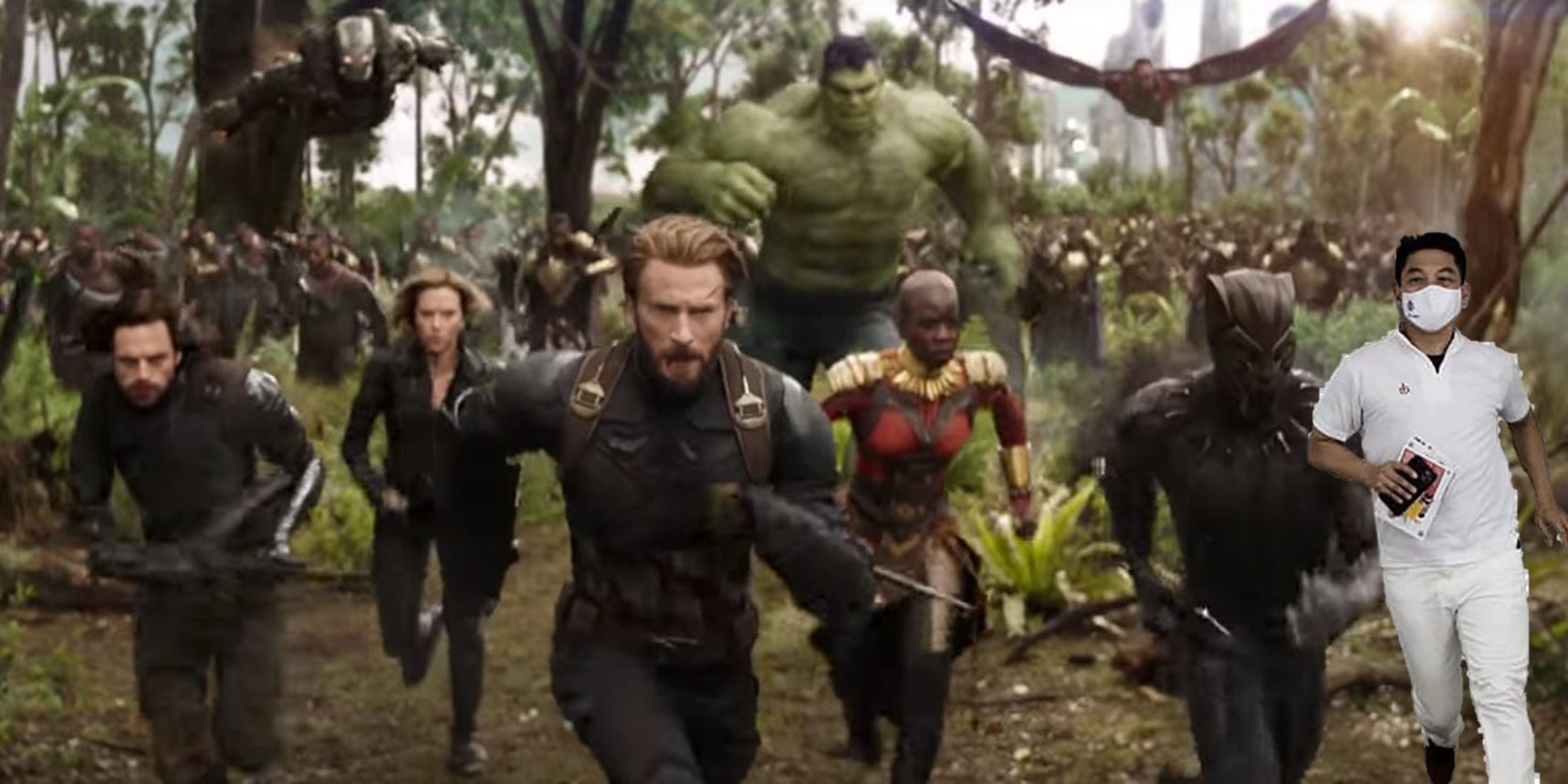 Flashforward to the pivotal battle against Thanos, Tan Chuan-Jin has definitely upped his game to be part of the main Avengers line-up, keeping in pace with Black Panther.

The only thing left is to give him an official Marvel superhero name. 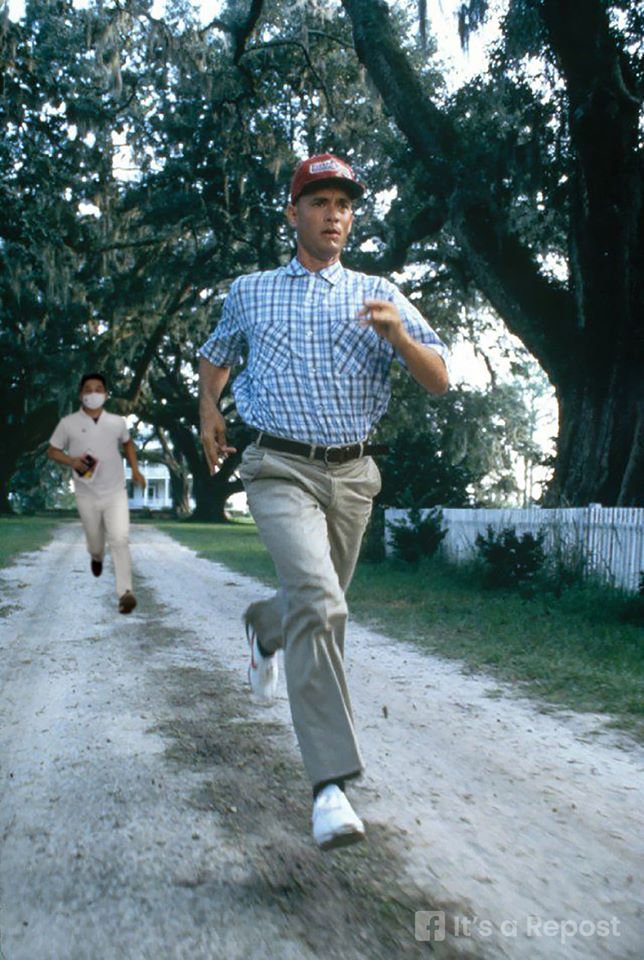 Forrest Gump’s venture across America from coast to coast is a prime example of a human’s peak performance.

Mr Tan’s been fielded in Marine Parade GRC in our East Coast, but perhaps he’s gearing up for battle across the country too. 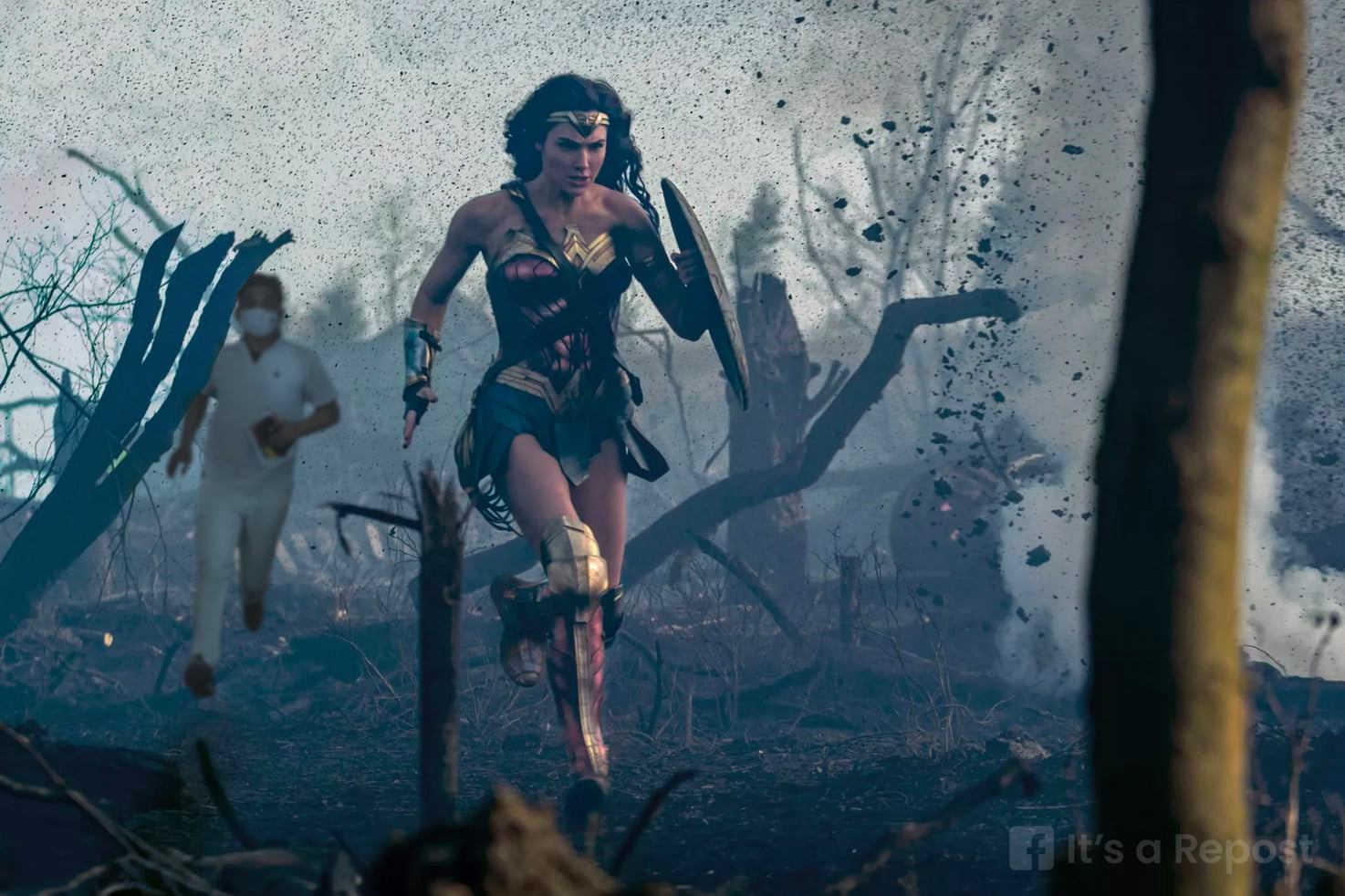 Over in the DC-universe, Mr Tan was spotted falling-in-line behind Wonder Woman herself, even in the midst of shattered debris and explosions. 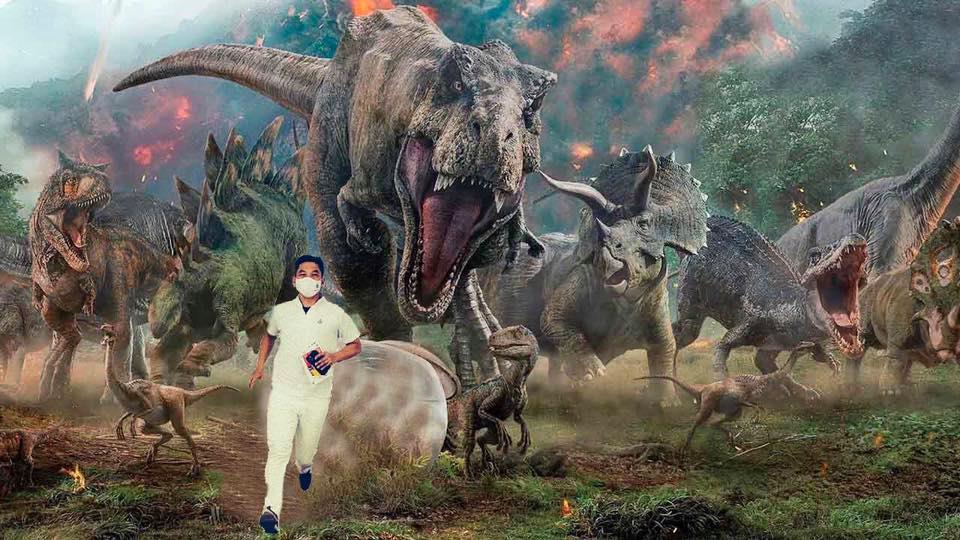 This T-Rex may look menacing, but we’re sure it has more than enough tea to spill about why Mr Tan’s running away from its pack in Jurassic Park. For context, Quicksilver’s superpower lets him runs so fast that he can mount the side of the wall, leaving everyone else in the scene playing out in slow motion. Can Singapore’s masked ‘Flash’ from PAP take him on? 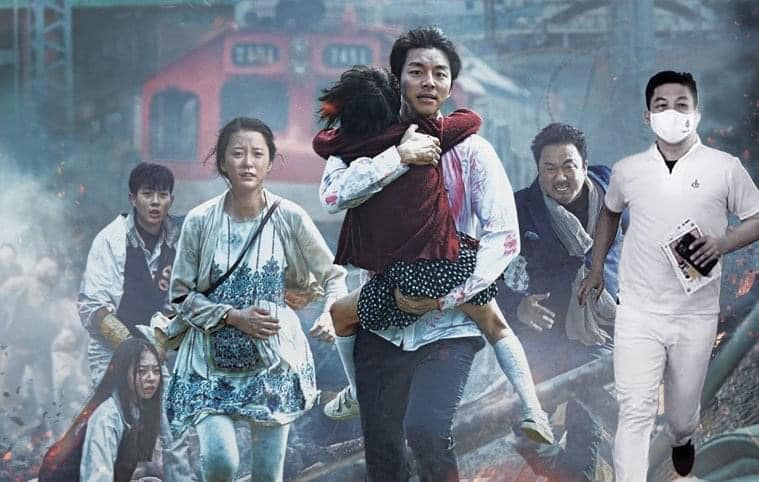 Zombies & mayhem in an enclosed speeding train to Busan makes for a thrilling adventure onscreen. Few people know that Mr Tan Chuan-Jin was actually an integral part of rescue mission till now. 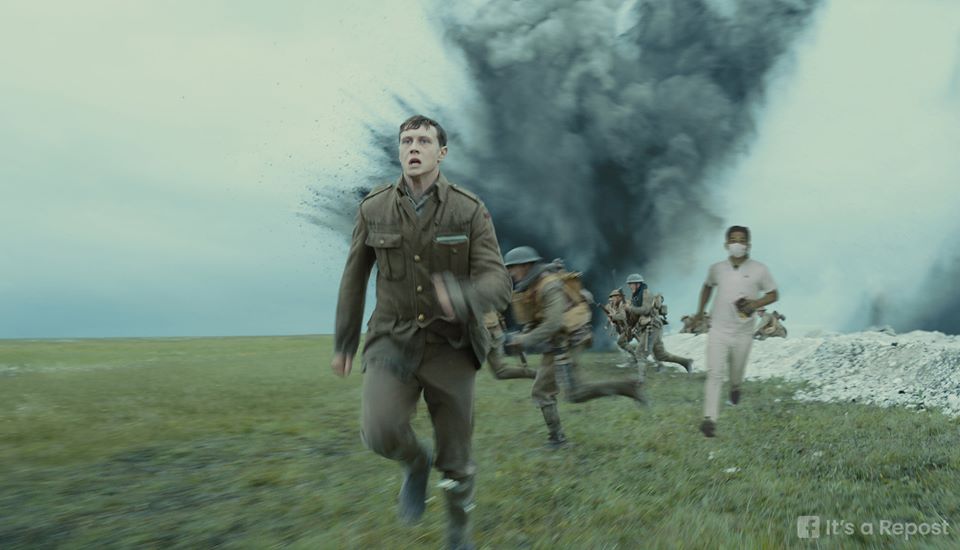 Tan Chuan-Jin has risen to the rank of Brigadier-General during his time in our Army. That’s probably why he was cast alongside the good folk in 1917, serving his squad in the most epic battles of their lives. Actor Tom Cruise has been dubbed the best runner in movies multiple times. Mr Tan Chuan-Jin is clearly unfazed by the challenge and tries to play catch-up in this scenario. As coast guards, a fit body & ample stamina to move swiftly on both land & water are prerequisites. As Mr Tan Chuan-Jin’s fans would call him affectionately, here’s Tan Chuan Bae-watch in action. 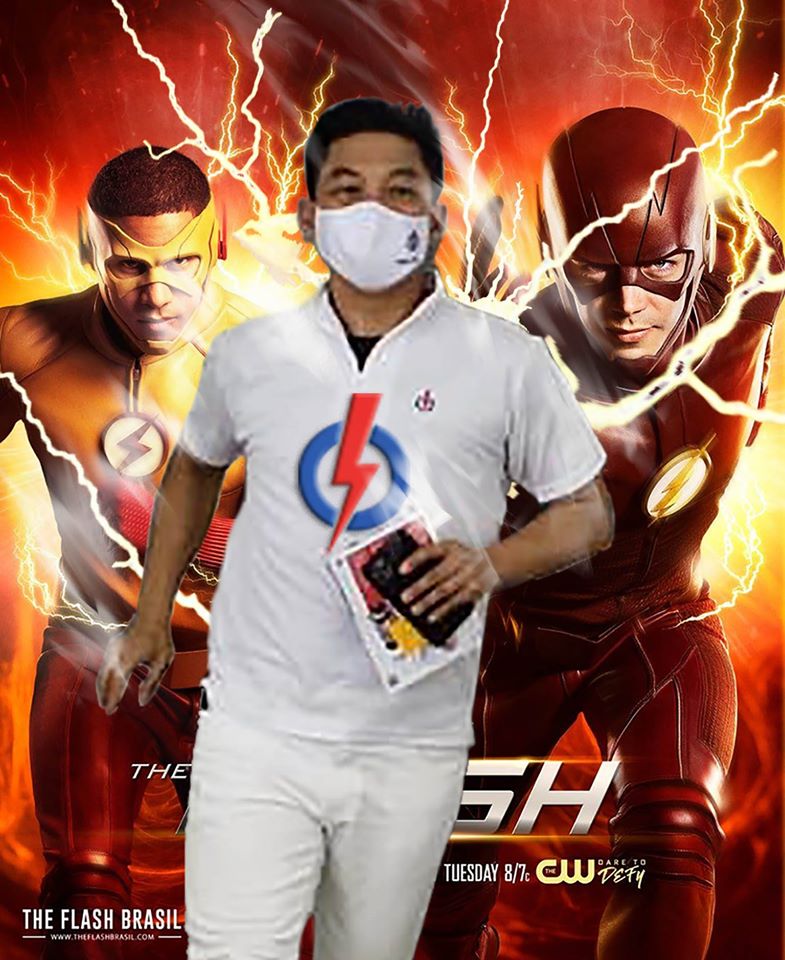 There’s a Flash crossover episode in the works. In this alternate reality in the multiverse – Earth 43 perhaps – there’s a new lightning fast superhero in town from Marine Parade. On regular days, Mr Tan seems to take running for elections with renewed gusto as well, regardless of who’s chasing him.

Mr Tan’s received some flak before for commenting on our elderly folk’s life choices when collecting scrap cardboard is involved. But we’re sure he uses his athleticism to help aunties in need too, wherever possible. 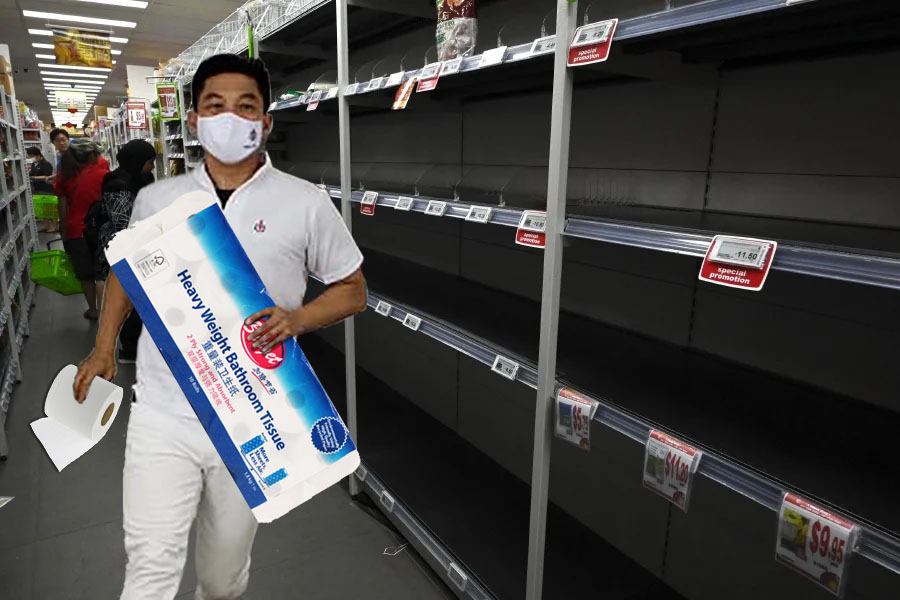 During the peak of the Circuit Breaker, toilet paper & necessity shortages were reported in supermarkets across the island. That’s probably this edit of Mr Tan with rolls of toilet paper in hand is extra relatable.

16. Campaigning for votes from otter family

Chasing down constituents to convince is part and parcel of the campaigning process. Our otter residents votes count too of course — as long as they’re 21 and above in otter years. 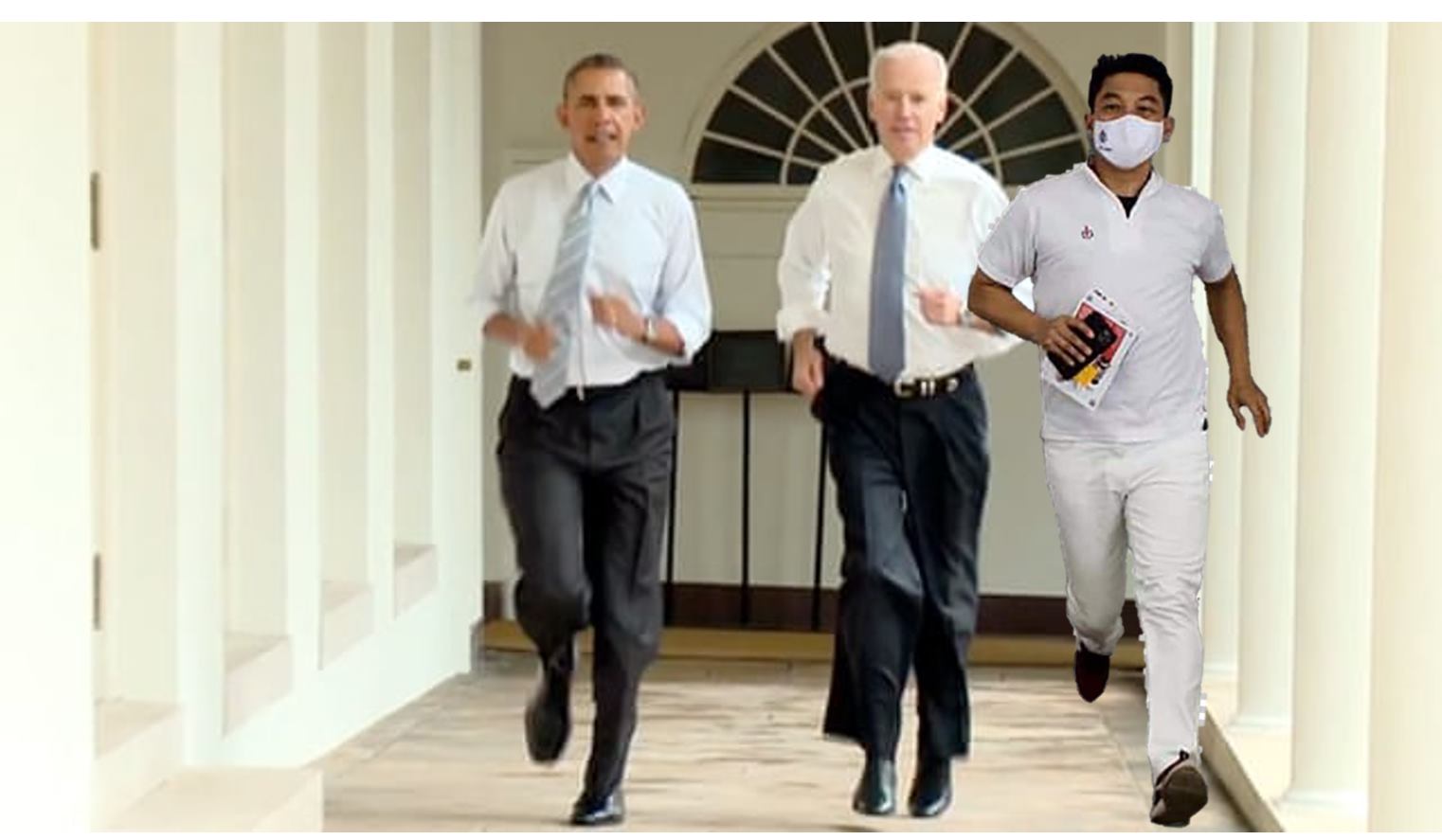 The US elections are also heating up, with the official vote happening in November. That doesn’t mean Mr Tan can’t go for a fun jog with ex-President Obama & president candidate Joe Biden. 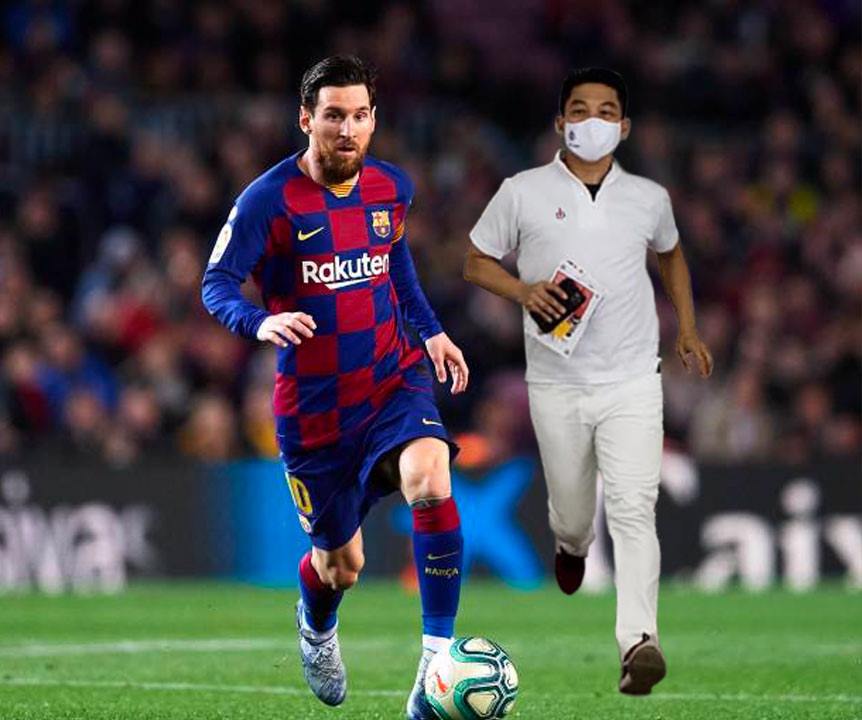 Football is a beautiful sport, but it can get pretty Messi on the field. Mr Tan’s not one to shy away from a challenge though — here’s him sprinting down the flanks in a bid for the ball. As an anchor member of Liverpool FC, Mr Tan’s been chasing after the coveted trophy for years, because you’ll never run alone with LFC.

20. Versus Usain Bolt on the track

Going up against the fastest man on Earth may be a daunting task, but not for Mr Tan — who’s had a slight headstart in this sprint. 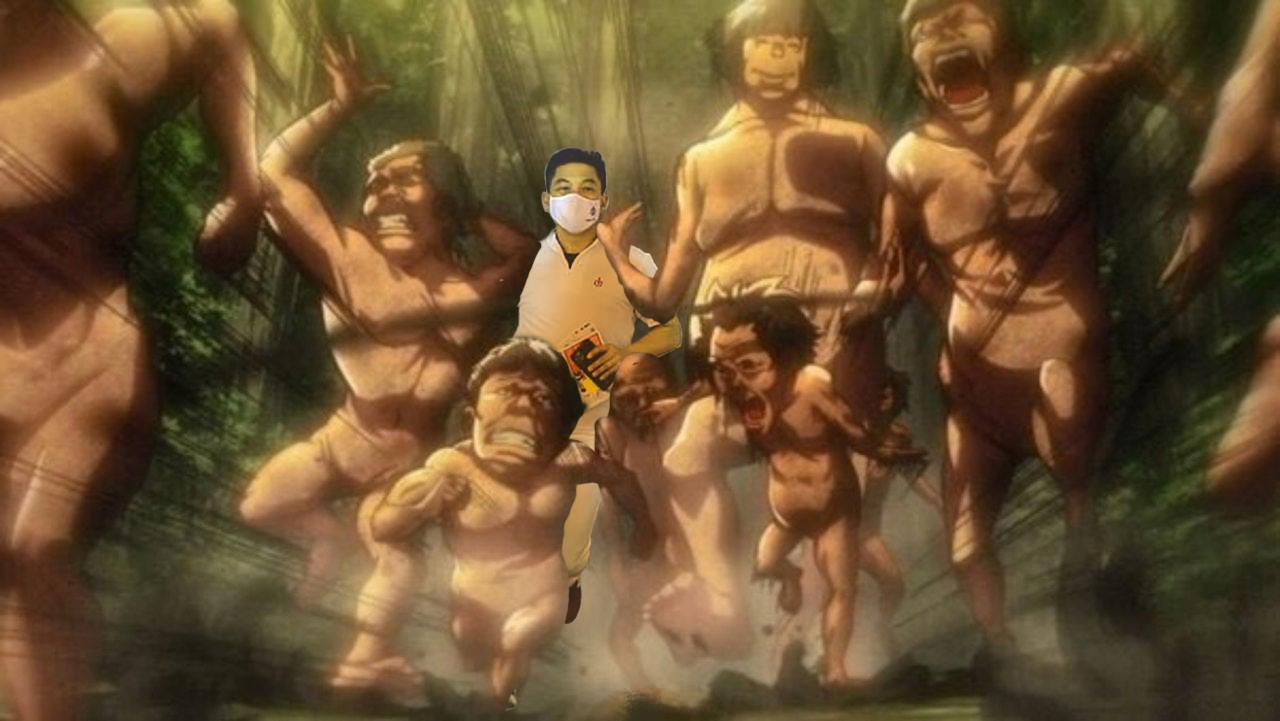 As a titan political figure amongst our 4G leaders, Mr Tan would also give these fearsome anime giants a run for their money. 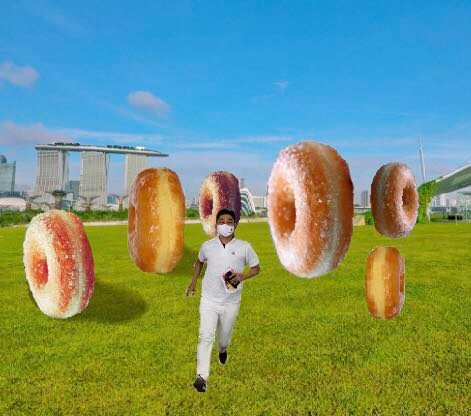 Mr Tan Chuan-Jin’s love for donuts is highly publicised on his Insta-feed. But he probably didn’t mean these gargantuan ones when he asked the neighbourhood auntie for an upsize. 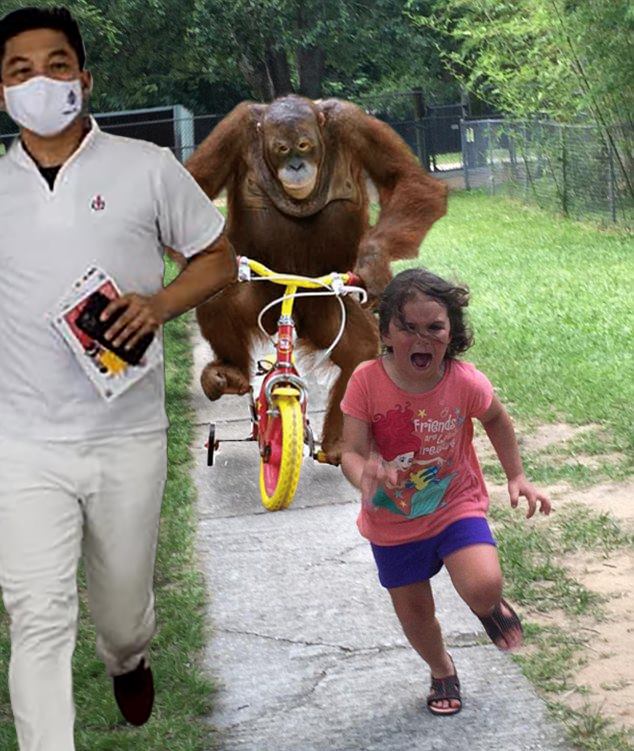 Escaped orangutan aside, we love how Mr Tan’s keeping his cool even when there’s so many ridiculous things going on in this picture. Of course, his mask could be hiding his true feelings towards this.

Mr Tan Chuan-Jin has expressed his elation at the hilarious Photoshop battle on his Facebook page — even starting his own hashtag #RunCJRun & #JinChuan. If you’ve got some Photoshop skills hidden in your arsenal & wish to join this GE2020 Photoshop battle, you can use the picture below for your entries.

We’re excited to see what other hilarious situations you can come up with in the comments below.