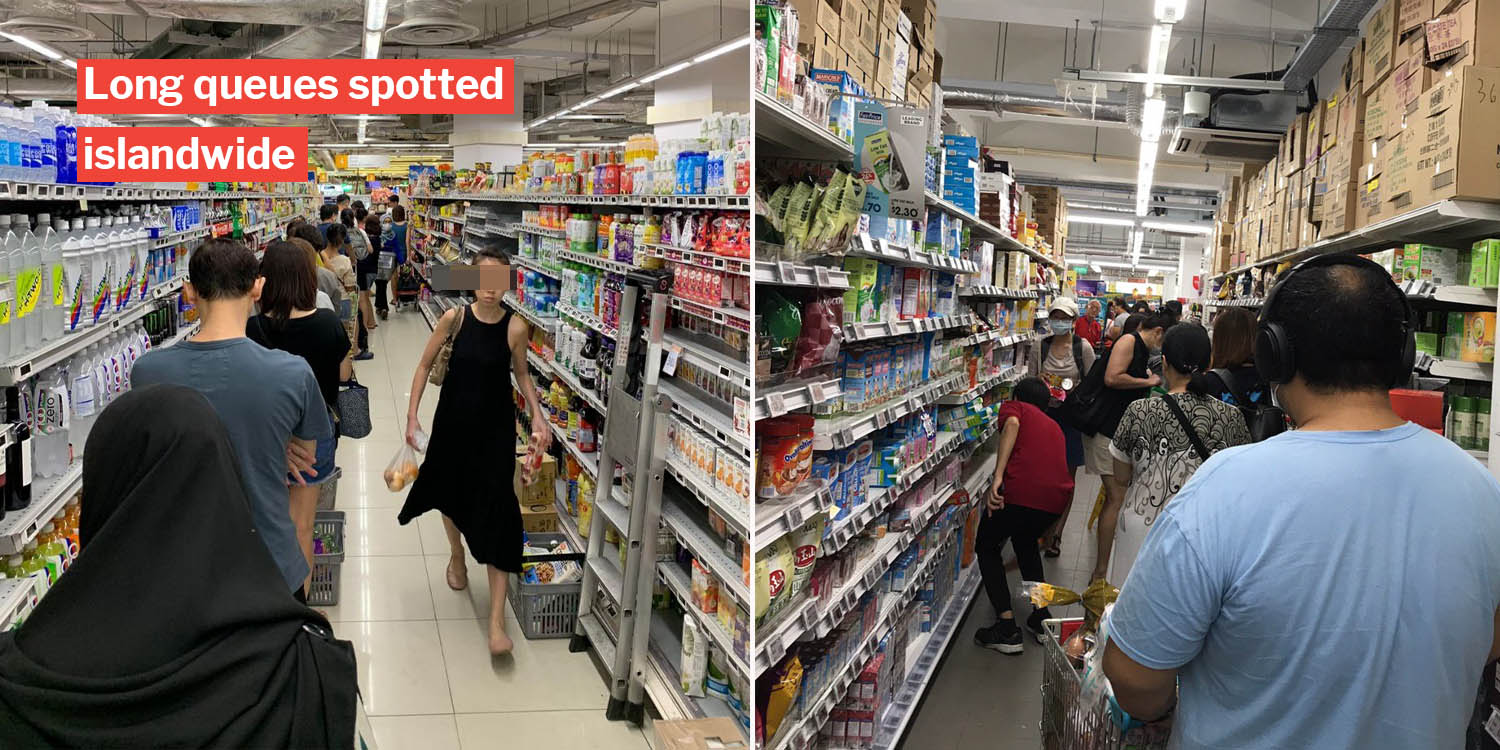 News of Prime Minister Lee Hsien Loong’s 4pm address to Singapore just broke, but it seems Singaporeans are already preparing themselves for the worst.

Supermarkets across Singapore are seeing new waves of long queues, as citizens stock up on supplies ahead of their Prime Minister’s address.

While the FairPrice outlet at Kallang Wave Mall is seeing massive queues, it’s also nice to see that no one is selfishly hoarding with large piles of food and toilet paper. 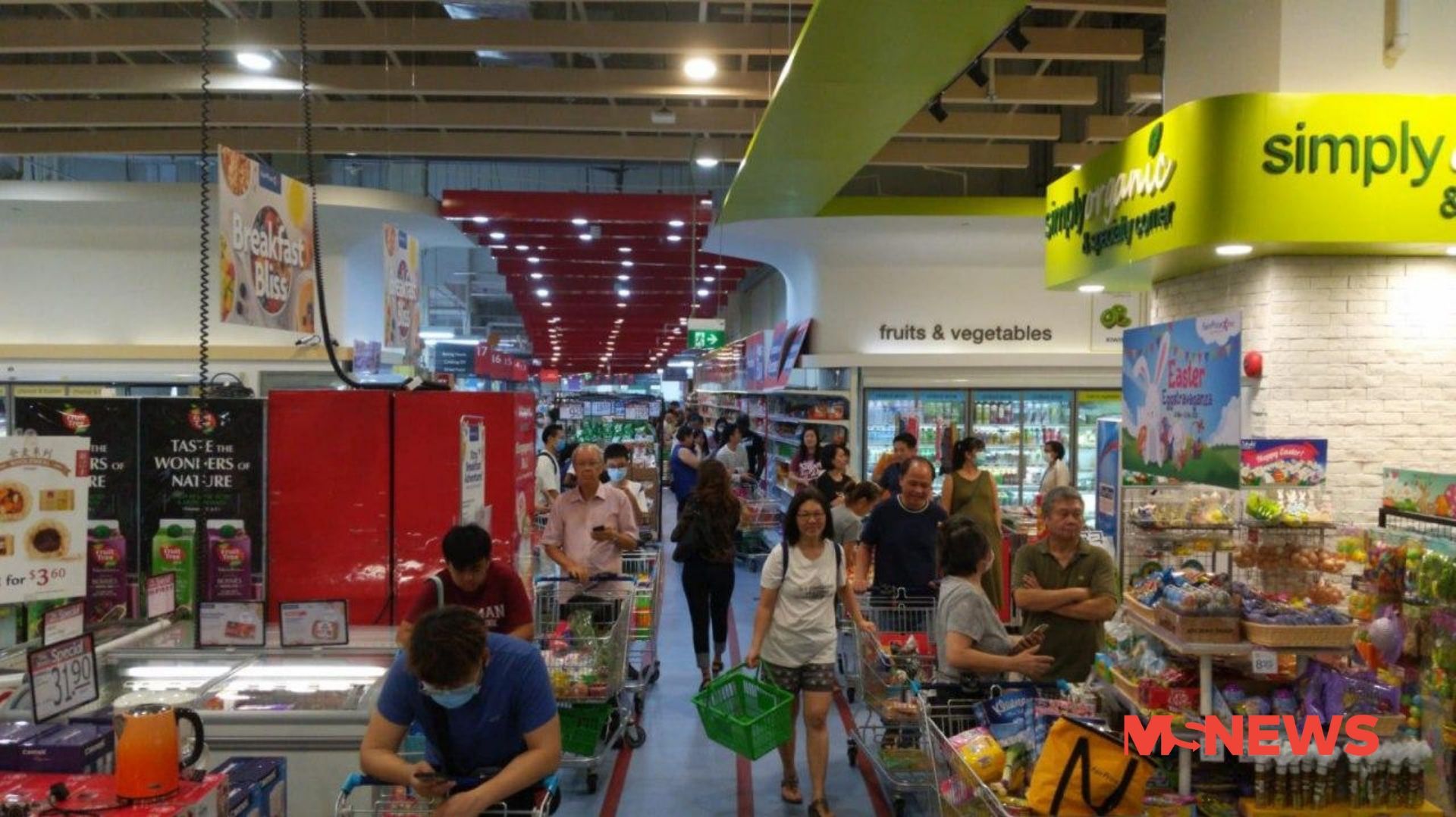 According to an MS News reader, this queue “snakes to the left for another 15 or so metres”. 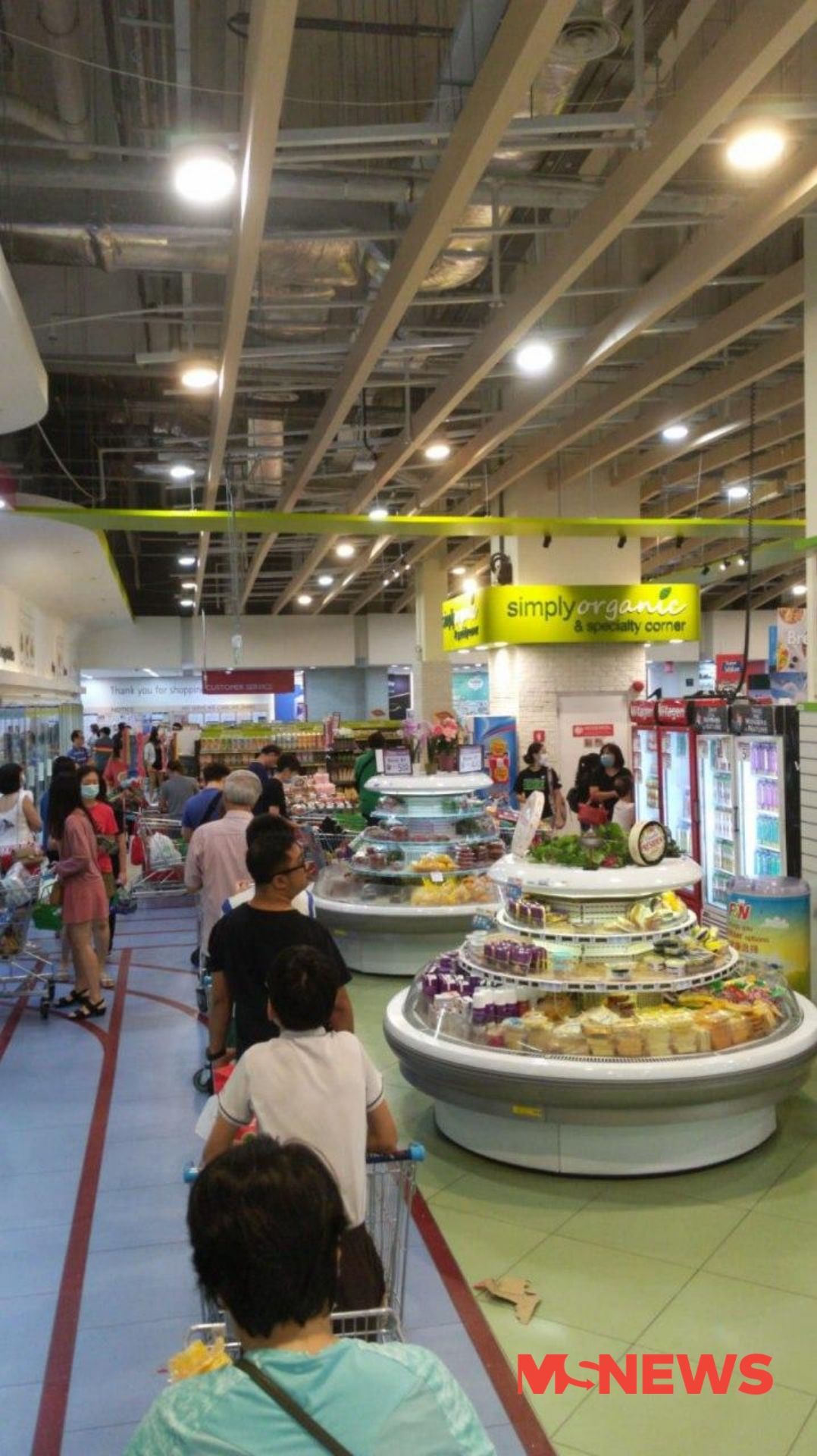 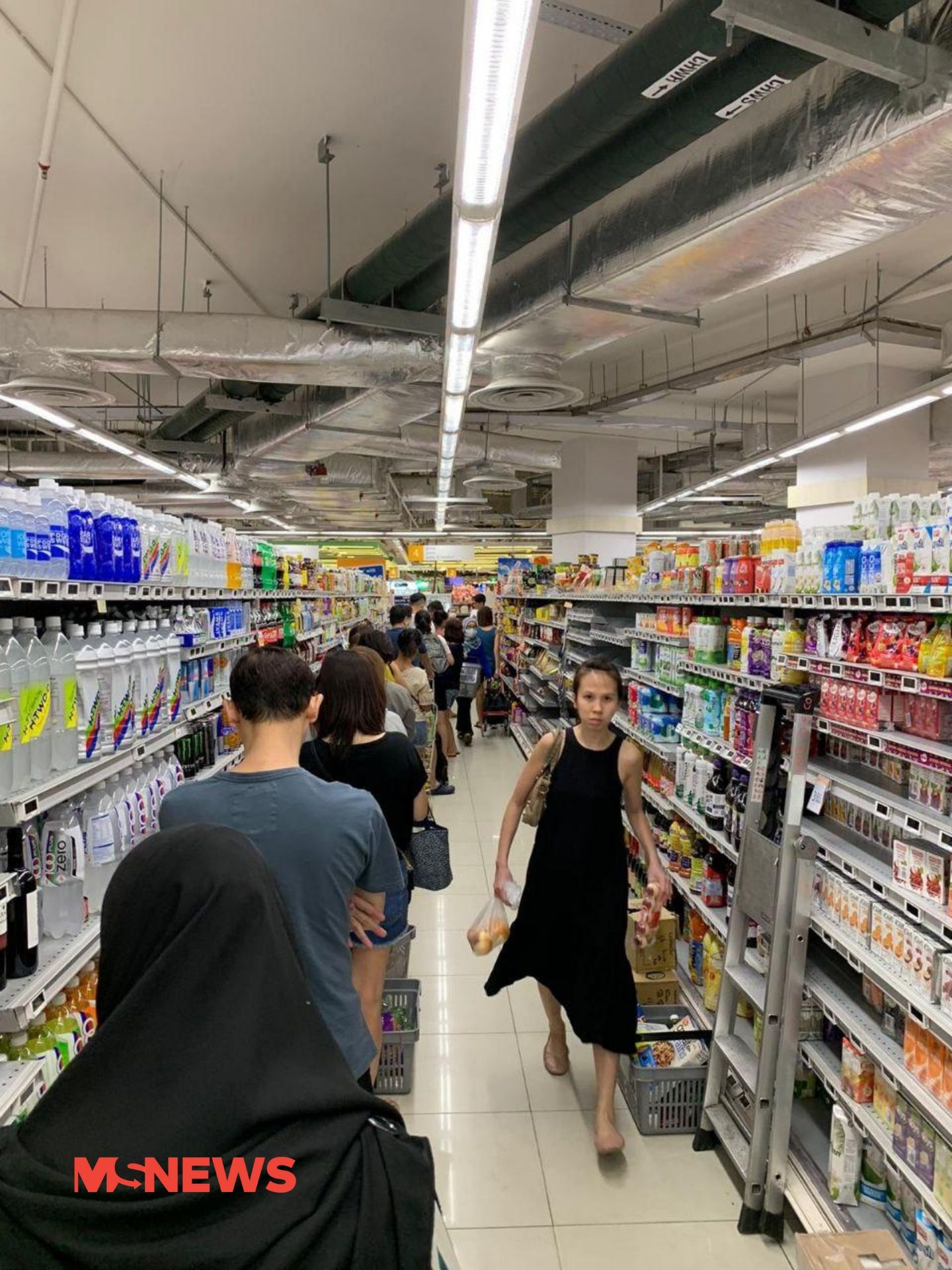 Not to forget the long queue at a Toa Payoh FairPrice outlet. 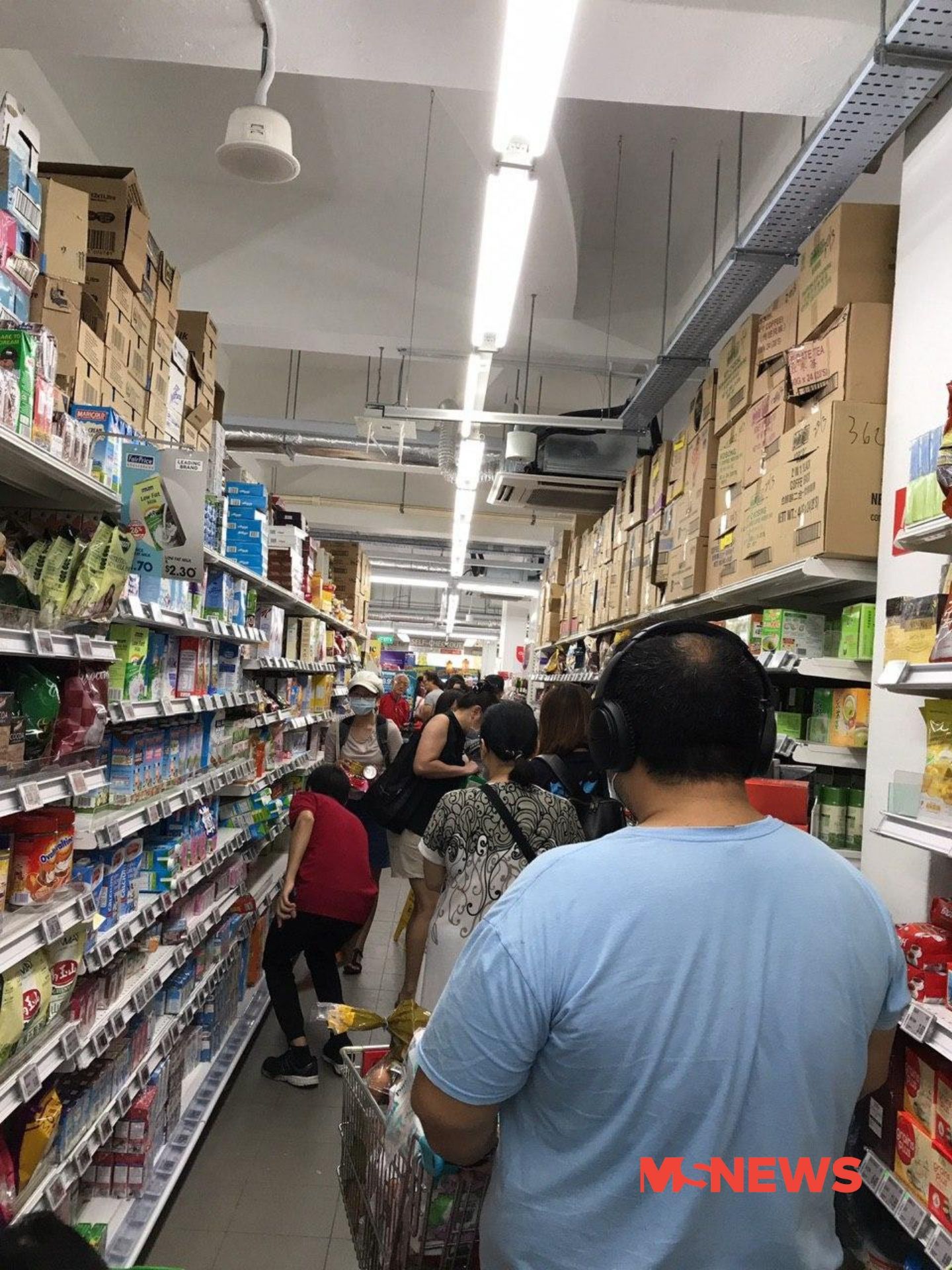 And at the Jurong Point outlet — which according to another MS News reader, has no more pork on the shelves, such that customers are queuing for the butcher.

While Singaporeans are quick to worry, FairPrice is also equally quick to alleviate concerns. 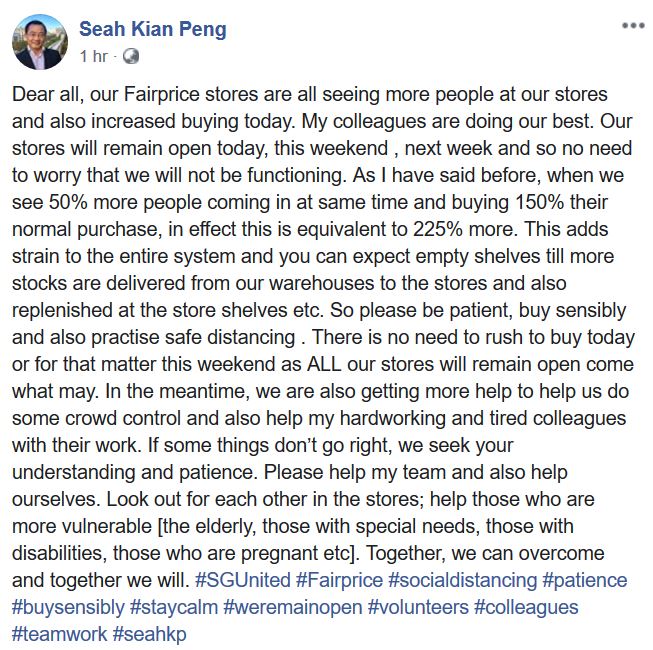 He said, “There is no need to rush to buy today or for that matter this weekend as ALL our stores will remain open come what may.”

Mr Seah also urged customers to “buy sensibly”, and asked for their kind understanding and patience.

Preparing, but not being overboard

It’s okay to prepare, but do keep in mind not to be selfish and hoard supplies.