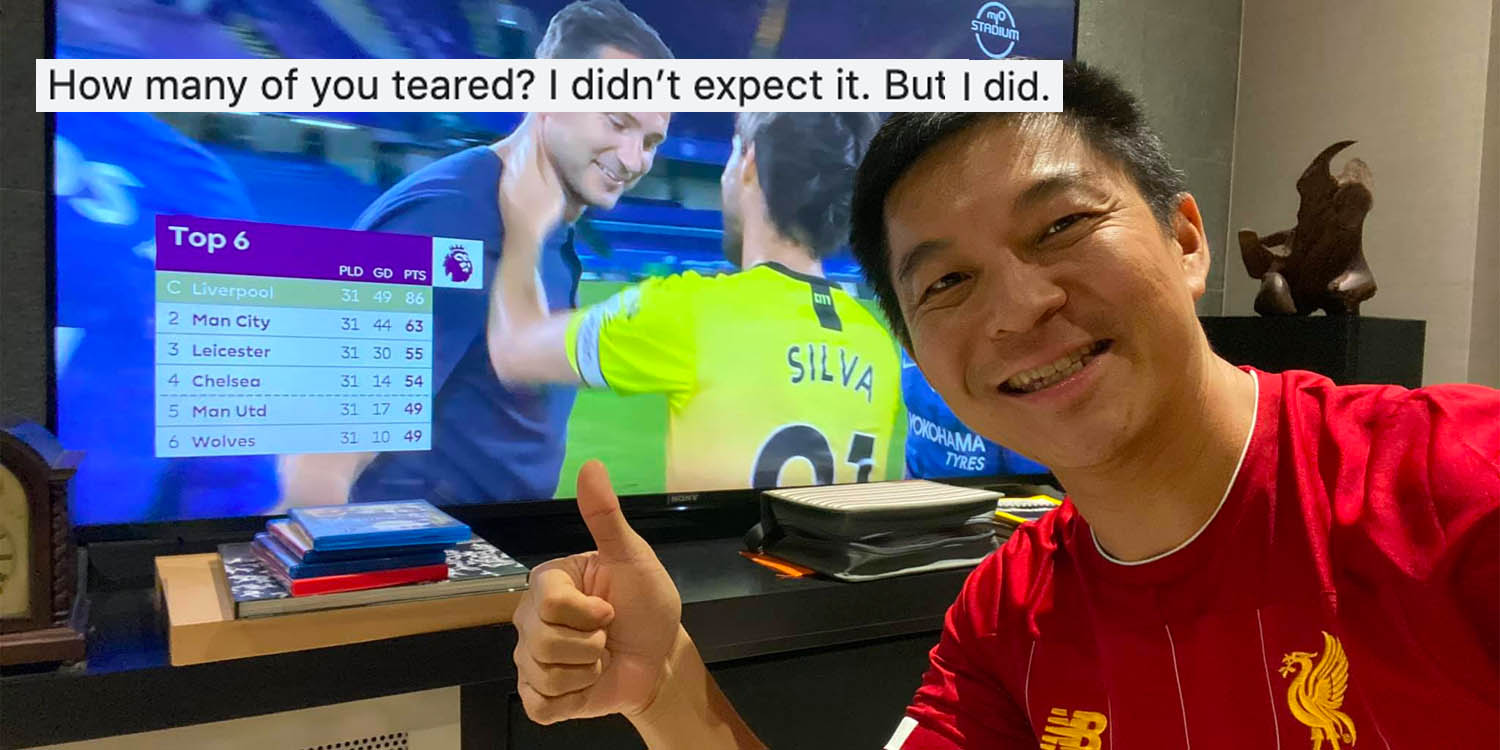 His dedication to the team finally bore fruits early this morning, as they snagged their first English Premier League (EPL) title in 30 years.

Mr Tan, who tuned in to watch the 3am match, was so moved by their Premier League victory that he even ended up tearing. 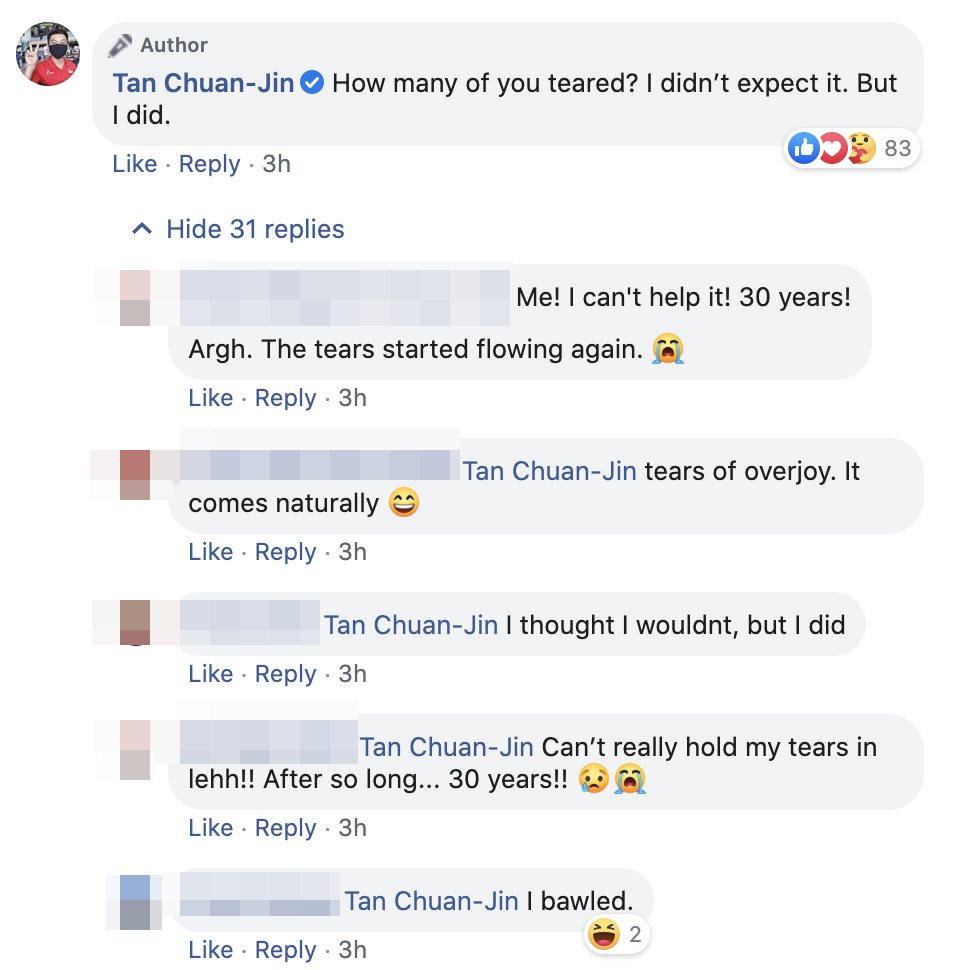 Many other netizens agreed that they, too, shed tears over the historic win.

This comes after Manchester City’s 2-1 loss to Chelsea, putting Liverpool 23 points ahead of them with a record 7 games left.

Although this is their first EPL title since 1989-1990, it marks their nineteenth title in the club’s long history.

He recounted how Liverpool had been “knocked out” of the Champions League finals last year, but clearly made an incredible recovery with their Premier League victory this year. Fellow Liverpool fans took to the comments to celebrate with him, joking that he should eat 5 of his famed traditional sugared donuts to celebrate, too.

Some others showed their support for him in the upcoming General Elections 2020, saying he’d have more to celebrate when Polling Day comes around on 10 Jul.

As the saying goes, the best things come to those who wait. Liverpool fans were finally rewarded for their unwavering support despite the club’s dry run, and caught a fantastic game too.

We hope all Liverpool fans have a blast celebrating this historical moment, and don’t shed too many tears like Mr Tan.

May you all never walk alone. Allez allez allez!