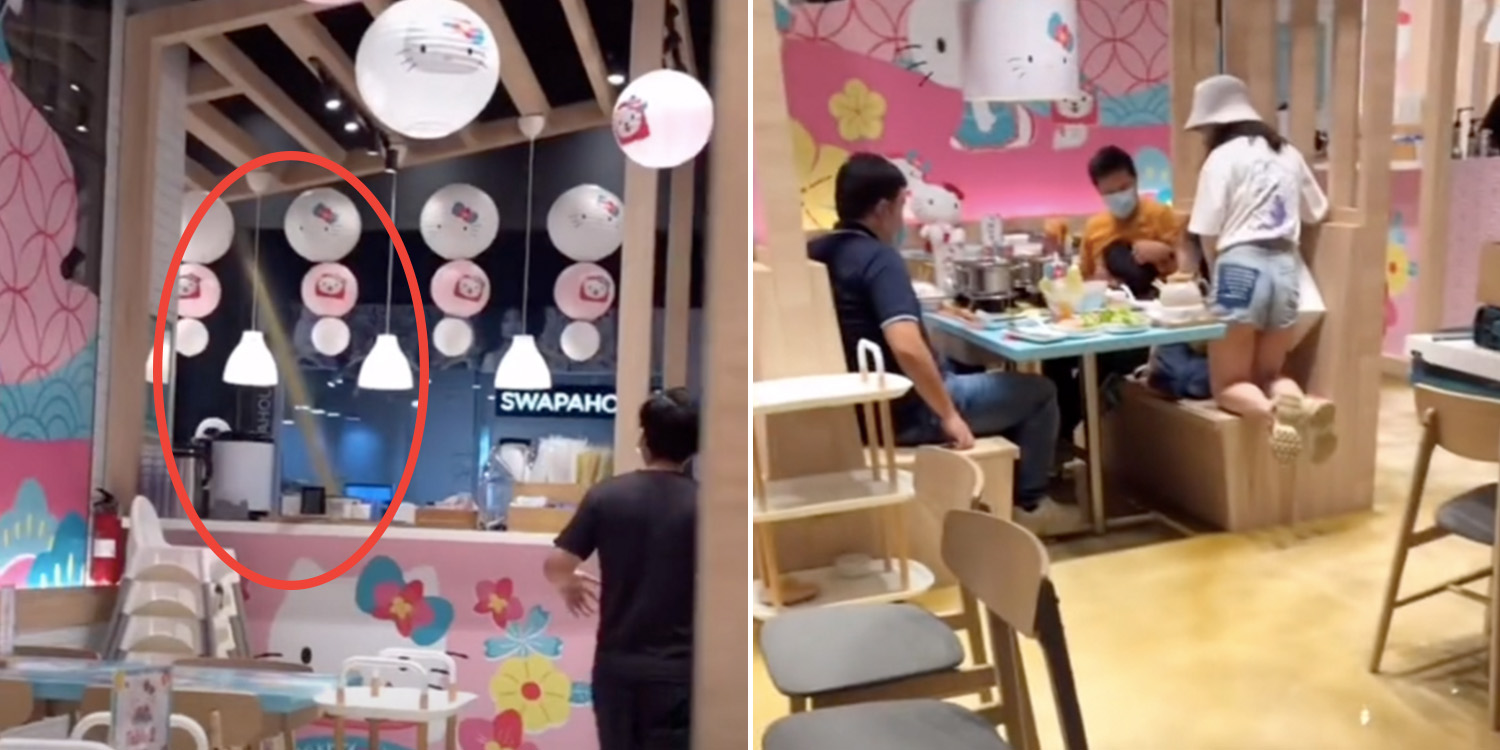 UPDATE (3 Sep, 10.15am): In response to queries from MS News, Orchard Central Management shared that they are investigating the cause of the sprinkler’s activation. You may read their statement in full below.

When going out to eat, we expect a nice ambience and a clean environment. However, several customers had a rather unfortunate incident recently.

A video was posted on TikTok on early Wednesday (1 Sep) about an apparent pipe leakage at the Kumoya x Hello Kitty Shabu Shabu Restaurant in Orchard Central.

Brown water seems to be spewing from above while customers were eating halfway. Most of them had to vacate the premises and leave their meals behind.

While eating halfway, the video shows mysterious brownish water started spraying into the kitchen from the ceiling. 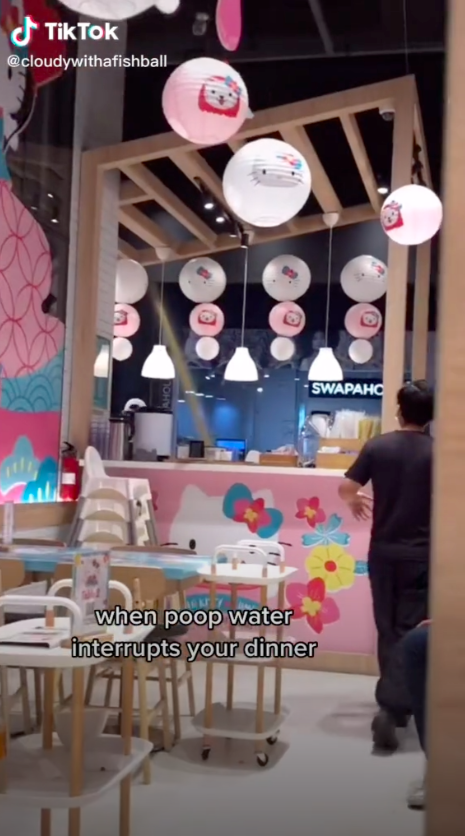 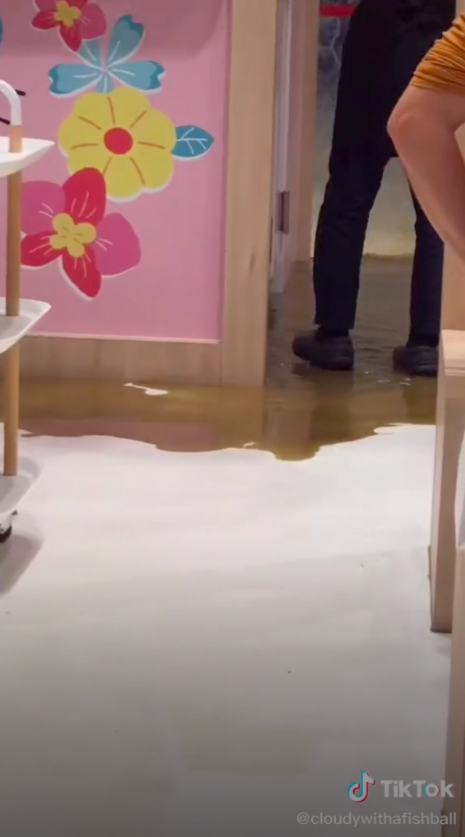 Other customers were also seen trying to avoid the water as much as possible. Eventually, everyone had to evacuate while the staff tried to resolve the issue. Though they had to abandon their food, the OP noted they could dabao their drinks.

Incident believed to be caused by a water sprinkler

While standing outside, the TikTok user spotted the suspected source of the unidentified water, which appeared to be a water sprinkler. 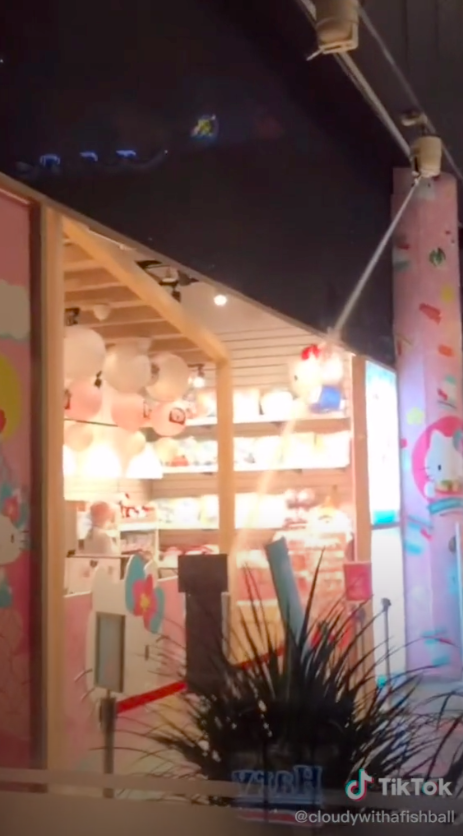 The user also mentioned that the water resulted in the restaurant smelling “funky”. 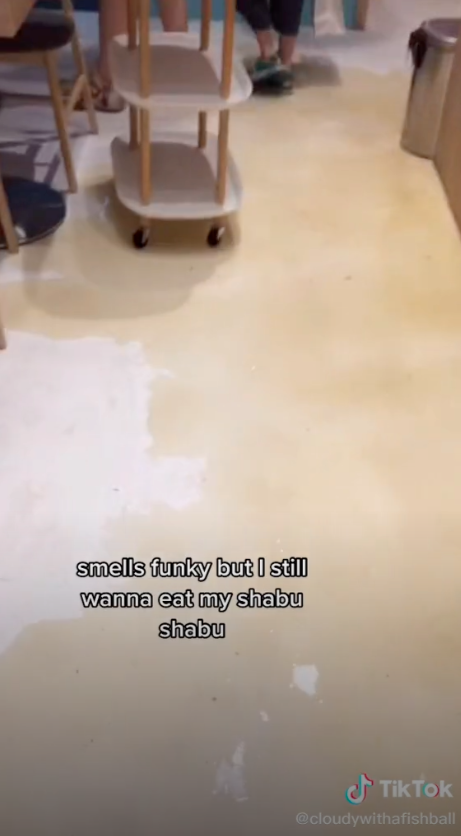 The video ended with the customer walking out through the back exit, probably to avoid stepping on the watery mess. 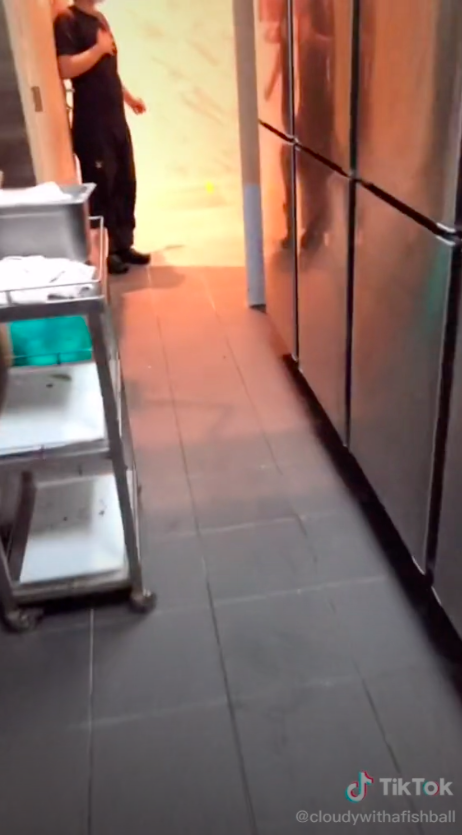 In response to queries from MS News, the Orchard Central Management said that:

Towards the close of operations on 31 August, we were alerted by the activation of the fire sprinkler system outside Kumoya. We moved immediately to cordon off the affected areas for clean-up works. Investigations to determine the cause of activation are still underway. We regret the unforeseen incident and have extended assistance to affected parties.

It is important for all buildings to be well-maintained to avoid such matters from occurring.

Hopefully, Orchard Central management will get to the bottom of the issue and resolve it. We also hope that diners could get compensation if they couldn’t finish their food due to the unfortunate event.