Jurong West Hawker Centre To Close On 6 Aug, Set To Reopen In 2021 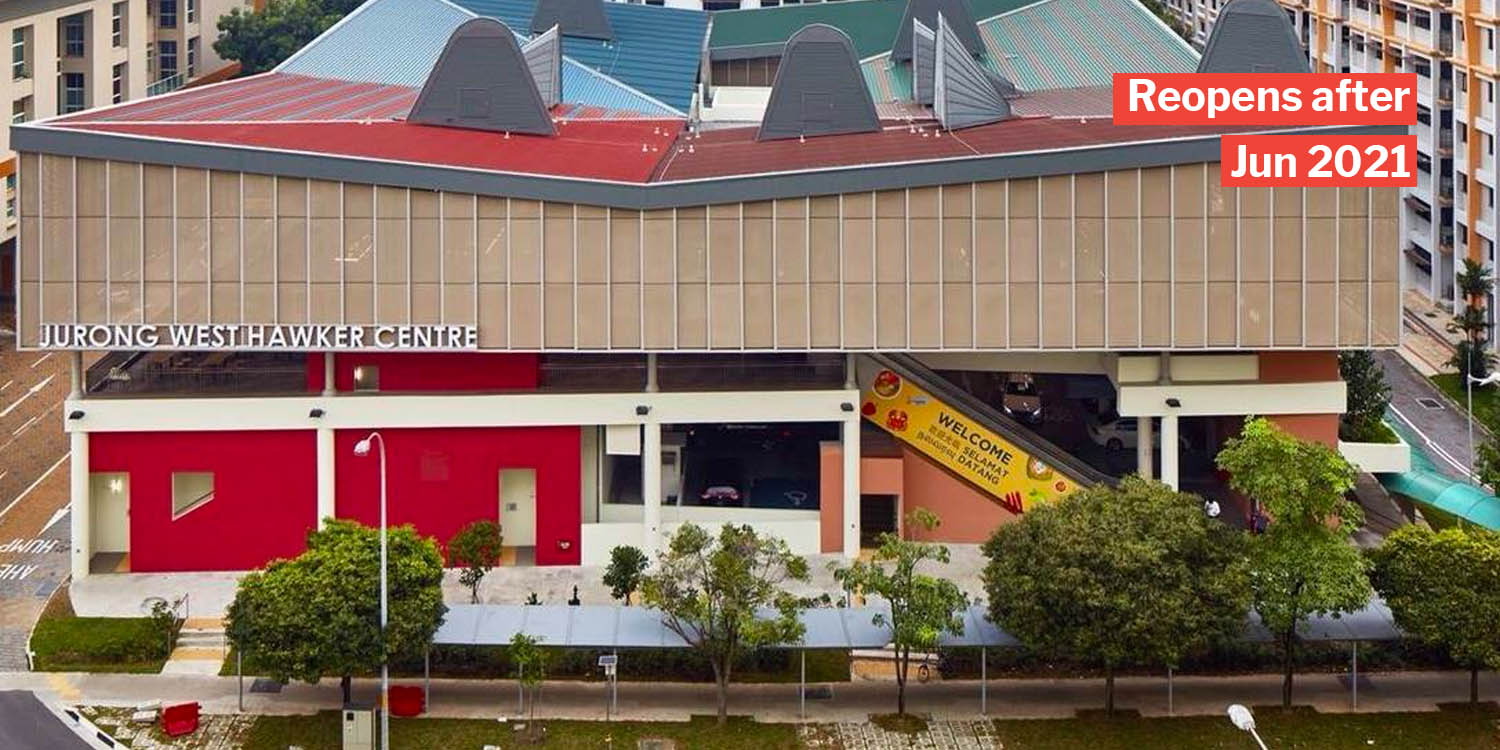 The National Environmental Agency (NEA) announced on Tuesday (5 May) that Jurong West Hawker Centre will be closing temporarily on 6 Aug this year.

They’re currently seeking proposals for the revamping of the hawker centre, and plan to restart operations in the later half of 2021.

Closure due to change of management

Jurong West Hawker Centre will be closing due to a change of management. Currently, Hawker Management manages the hawker centre, but NEA will not be renewing their contract, which ends on 6 Aug this year.

Instead, they’re requesting for new proposals to revamp the hawker centre — which will most likely be re-organised and/or refurbished.

NEA announced that it is in the midst of conducting a Request For Proposal (RFP) exercise for Jurong West Hawker Centre.

On top of proposals from operators, they’re reaching out to residents and the public as well for feedback on how they can improve the market and hawker centre.

For this round of upgrades, NEA hopes that everyone involved – storeholders & patrons – can collaborate to re-think the premises’ layout.

Stallholders currently have a 3-month rental waiver as part of the Resilience Budget, but Hawker Management will be waiving rental from June as well.

As such, they will not have to pay rent for the rest of their contracts.

All eligible stallholders will get a $1,000 relocation fee to vacate the premises by 6 Aug 2020. Alternatively, they will be offered to return to the revamped hawker centre when work is completed in 2021. For those who choose to close their stalls and take on other jobs, NEA will support them by working wit the relevant authorities to assist them in their transition. This applies for those who require financial assistance too.

Looking forward to improvements in 2021

Though the hawker centre will be closed for the better part of a year, we’re looking forward to seeing some enhanced facilities.

Hopefully, the refurbished eating place will bring about better experiences for both patrons and stallholders in the future.

What would you like to see at the new and improved Jurong West Hawker Centre? We’d love to hear your suggestions in the comments below.