Located at the heart of Singapore, Lau Pa Sat is well-loved for their delicious local food.

But on Sunday (7 Mar) evening, visitors witnessed a worrying sight when white smoke started billowing from the switch room of the food centre.

The Singapore Civil Defence Force (SCDF) and police soon arrived at the scene and evacuated 50 people.

The cause of fire is now under investigation.

On Sunday (7 Mar), a fire broke out at the consumer switch room of Lau Pa Sat at 18 Raffles Quay.

Smoke was also seen emitting from the switch room.

Stall owners immediately sprung into action, trying to put out the flames with fire extinguishers.

SCDF was alerted to the fire at about 5.20pm. Soon after, SCDF and police personnel were deployed to the scene.

50 people evacuated from the scene

According to SCDF, the fire was extinguished using a compressed air foam jet. 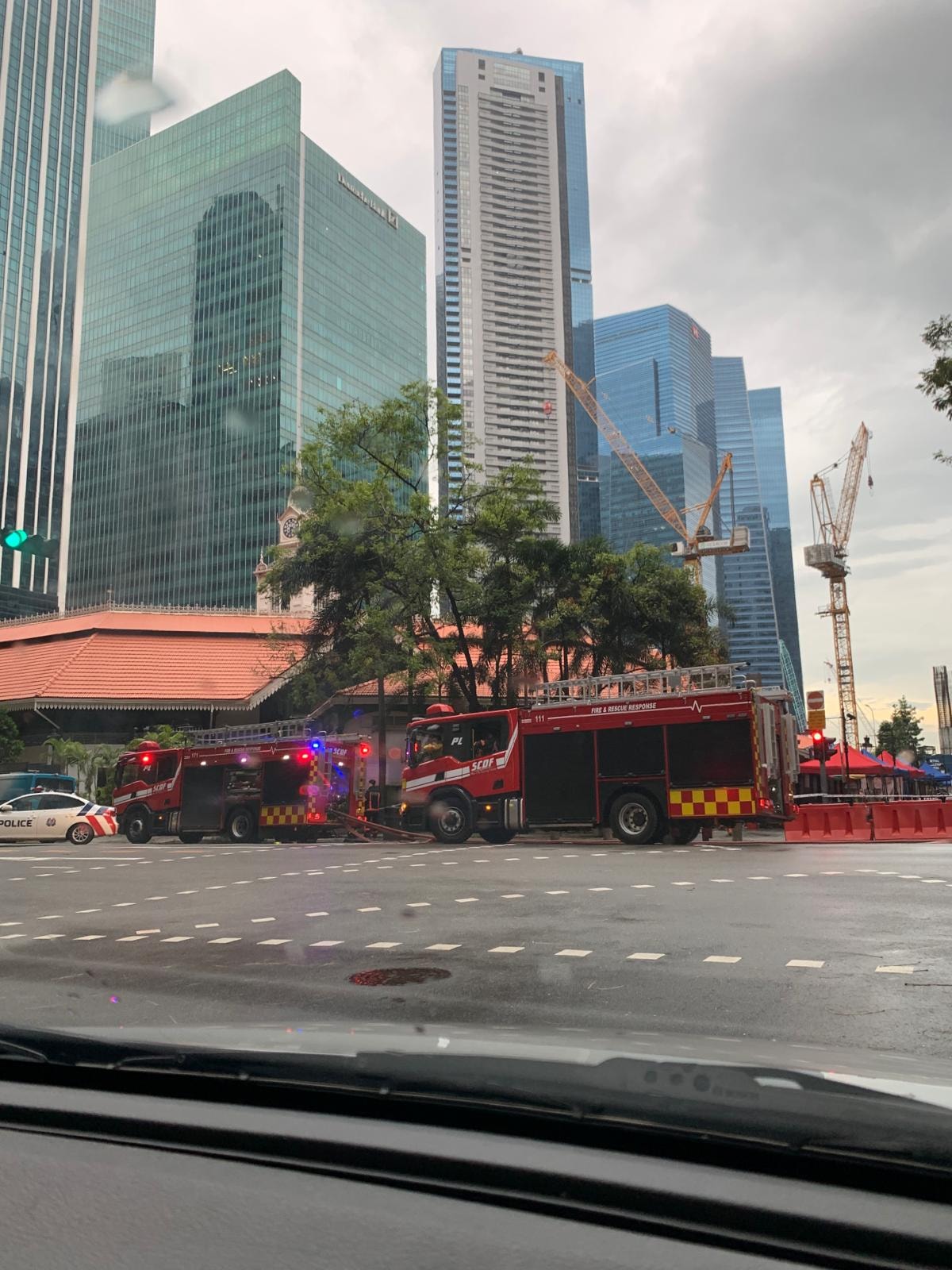 Police also evacuated around 50 patrons and stall owners at Lau Pa Sat and no injuries were reported from the incident.

It was later found that the fire involved power cables in the switch room.

Kudos to SCDF & the police

There has been a spate of fires recently in Singapore, which is a cause for concern.

Thankfully in this case, the fire was swiftly put out and nobody was injured in the incident.

Kudos to both the SCDF and police for their swift actions in ensuring everyone’s safety.

The incident also serves as a reminder for all of us that such malfunctions do happen, and we should always be vigilant and well-prepared for emergencies.