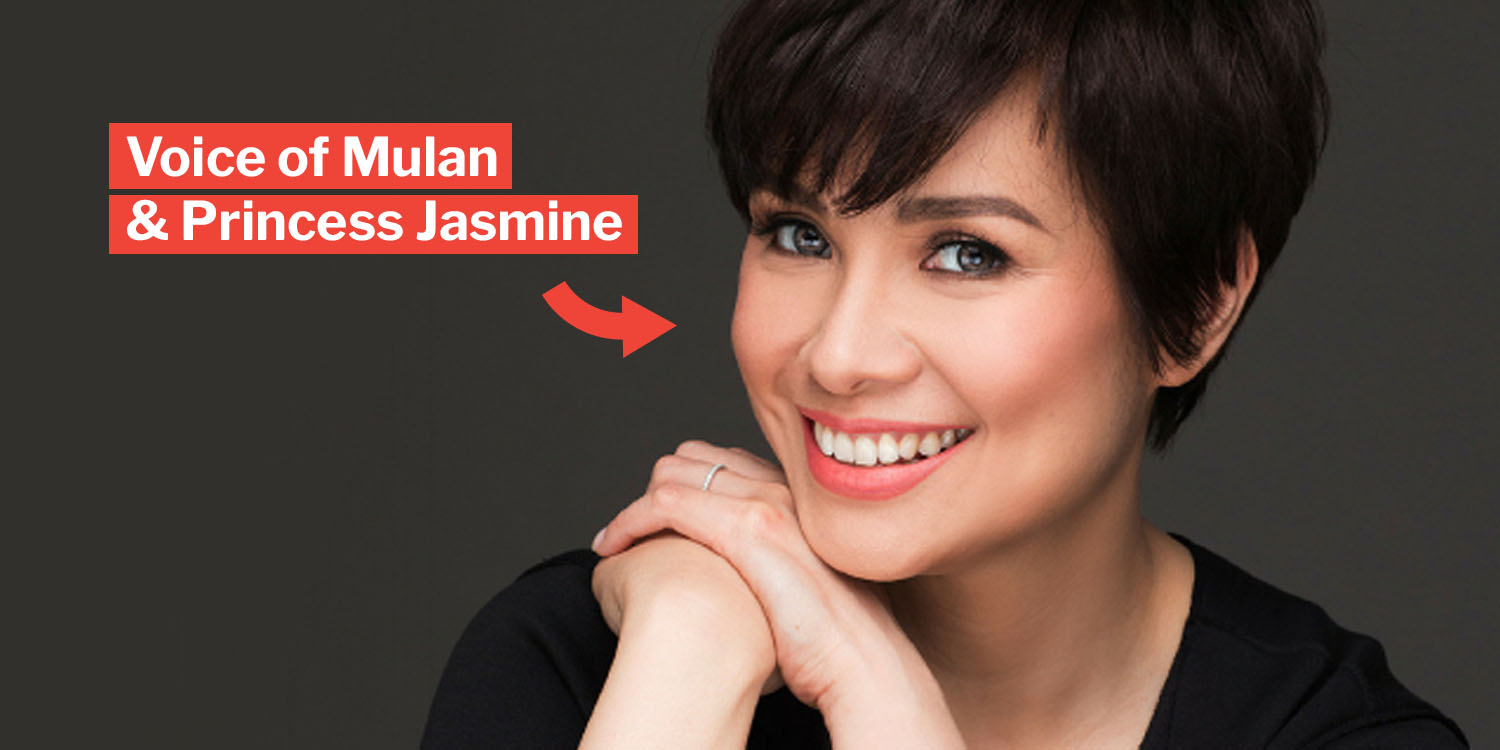 Concert-goers to Broadway singer Lea Salonga’s shows in Singapore as part of her world tour, titled The Human Heart, may have to change their plans — for now.

The shows were originally scheduled on the nights of 13 and 14 Feb at the Esplanade Concert Hall.

However, the singer-actress sustained a leg injury during a recent ski trip in Japan, leading to the cancellation of the shows.

On 21 Jan, ticketing service provider Sistic informed customers of the cancellation via email, while an official statement was also posted on Ms Salonga’s official Twitter account. 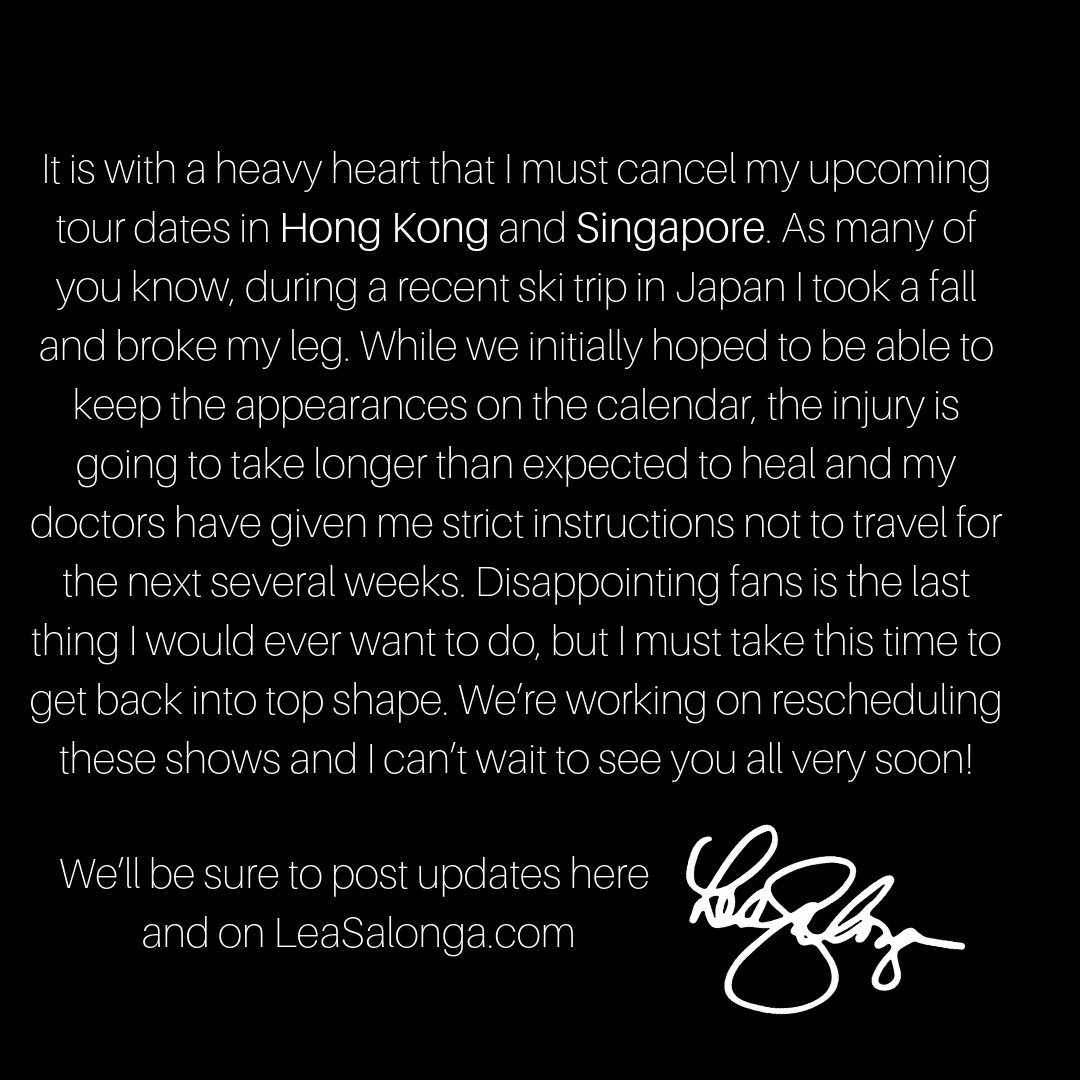 Broke her tibia going down a ski slope

On 16 Jan, Ms Salonga had posted a video on her Instagram account explaining she had broken her tibia while going down a ski slope.

She had been in Hokkaido with her family on a ski vacation.

While she had reassured fans then that she would be able to go through with the music tour, her doctor decided she shouldn’t travel for the next few weeks for her leg to heal.

Fans to get refunds soon

Fans who already got the tickets, ranging from $48 to $248 in price, can get a full refund via Sistic.

If you paid by credit card, you can expect to get automatic refunds in about 2 weeks.

If you paid by cash or NETS, head down to the Esplanade with your tickets to receive the full refund from the Esplanade Box Office:

Refunds can be collected from today (22 Jan) to 4 Feb.

Those unable to go down personally to collect the refunds can call Sistic at 6828 8377 to make other arrangements.

Not all hope is lost

However, fans can still have something to look forward to, as Ms Salonga has promised they’re working on rescheduling the shows.

We wish Ms Salonga a speedy recovery and we look forward to news of the postponed shows!