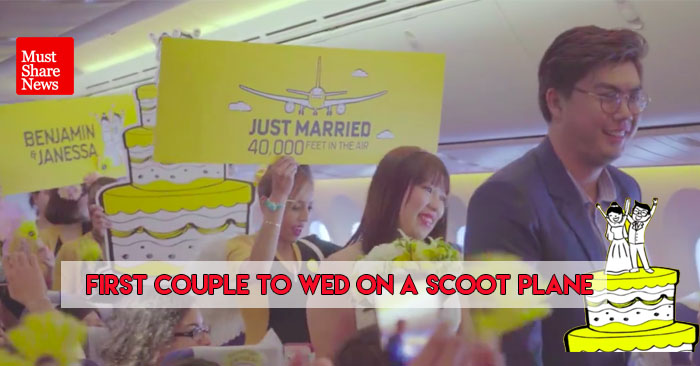 Forget about proposing with a bouquet of chilli crab and broccoli, or surprising your other half with a flash mob.

One Singaporean man has just raised the bar with his meticulously planned proposal/ wedding ceremony on a Scoot flight, at 40,000 ft.

Sneaky Benjamin Lee had already planned for an onboard ceremony in advance, in front of their friends and family. During the take off on their flight from Singapore to Perth, the nervous groom-to-be proposed on one bent knee. He had even prepared a ring, wedding dress and flowers for his bride-to-be, Janessa Li.

He wasn’t always this romantic

Although Benjamin managed to spoil market with his unorthodox wedding ceremony, he wasn’t exactly the most romantic guy around. In fact, Scoot revealed that Benjamin even once proposed on WhatsApp: 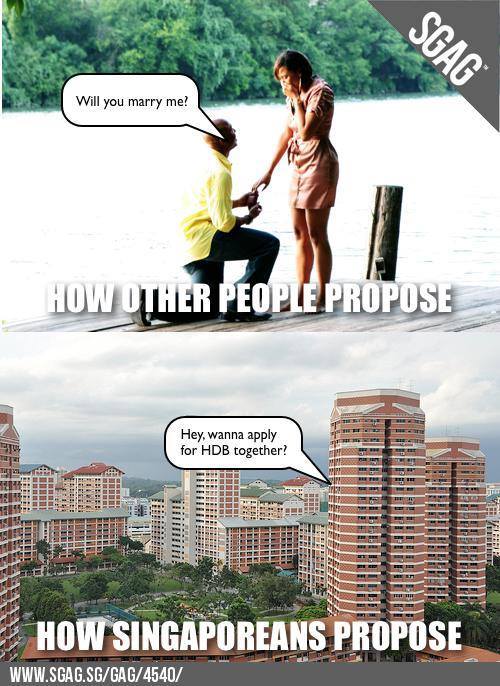 Needless to say, Janessa was unimpressed and told everyone that Benjamin was Singapore’s most unromantic guy. Lo and behold — that kickstarted Benjamin’s transformation into Singapore’s most romantic loverboy.

First ever wedding held on a Scoot plane

The couple got ready at the back of the plane, and walked down the aircraft aisle trailed by air hostess bridesmaids. 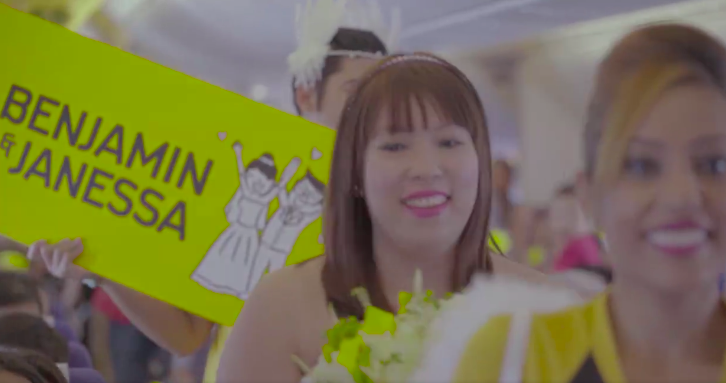 In just five hours, the couple went from being boyfriend and girlfriend to husband and wife.

Watch the video in full and feel the feels.

The couple is now having their honeymoon in Perth, their flight destination.

Congratulations to the newlyweds!