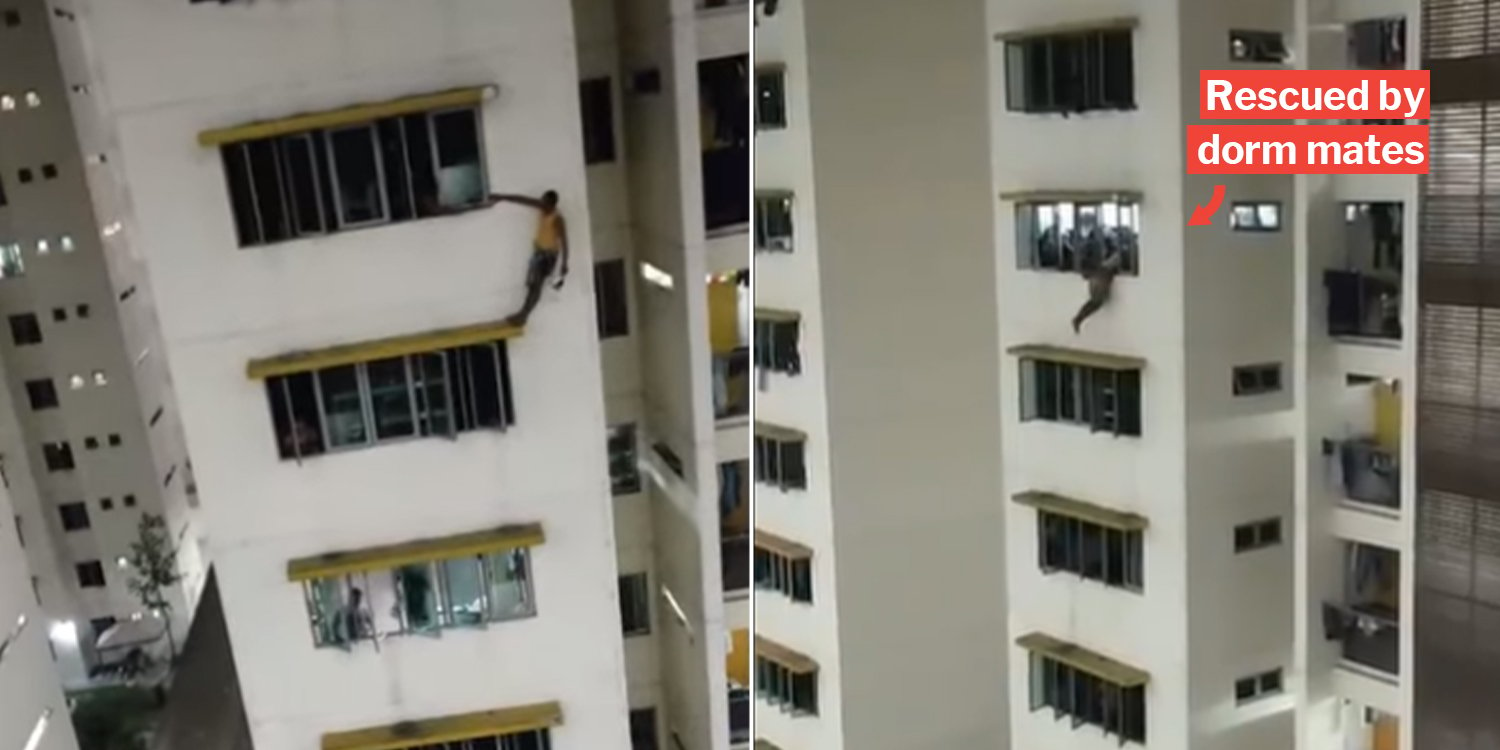 We hope that the man's problems can be resolved.

Recently, there’s been a spate of videos circulating online of migrant workers in states of distress. There are fears that the escalating Covid-19 situation might be taking its toll on some workers.

Around midnight on Friday (31 Jul), a worker at The Leo dormitory in Kaki Bukit was seen standing on a ledge beside a window.

You can watch the videos here. 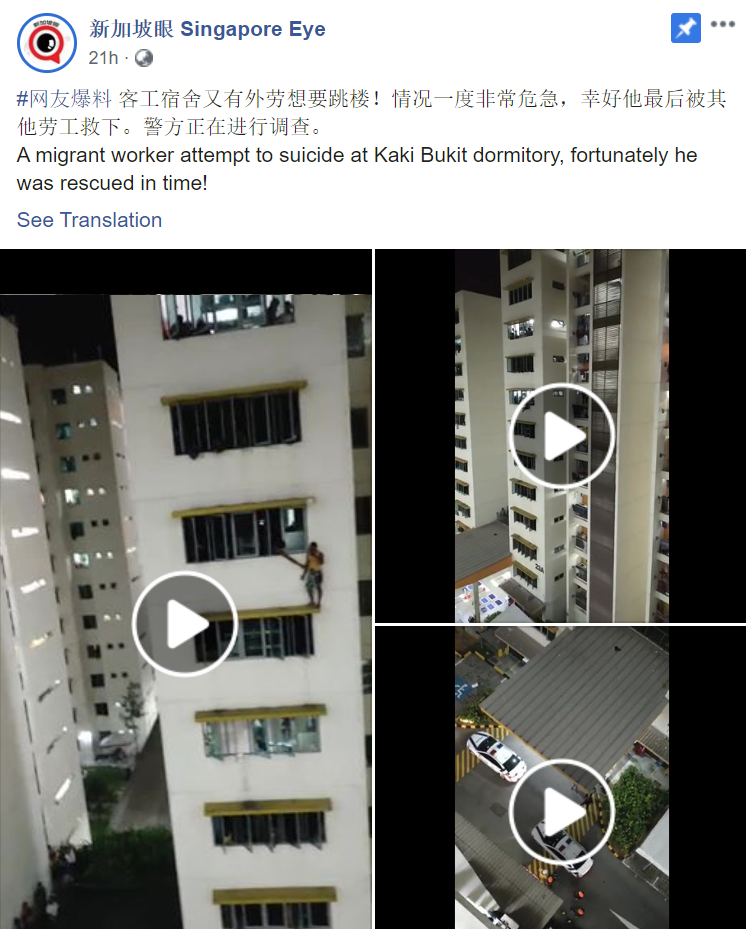 Shocked onlookers watched as the man’s dorm mates tries to persuade him to get back into the room.

Thankfully, he was pulled back by some others in the room, preventing a tragedy from occurring.

The scene unfolding on 31 Jul appeared precarious as the migrant worker dangled off the window at one point. Someone in the room reaches his hand out while seemingly persuading the man to come back into the room.

The man appears inconsolable at first. He’s holding on to something, which he lets go of, shocking onlookers.

A short stand-off then ensues.

Another video uploaded by a netizen shows the man allowing himself to be pulled back up. The onlookers cheered, partly in relief and partly for averting a tragedy.

We’re lucky that the man managed to be persuaded.

Police arrived on the scene after receiving a call at 12.07am on 31 Jul. 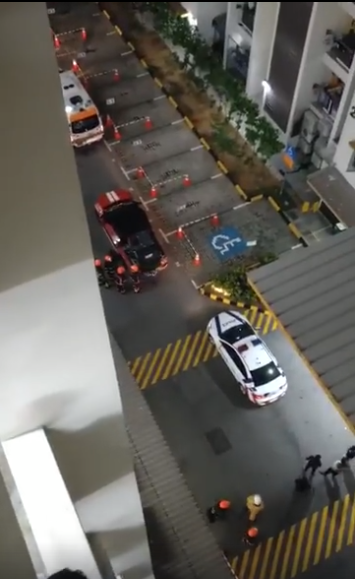 8world News reports that a 27-year-old man was arrested by police under the Mental Health Act.

Do look at mental health for migrant workers

The recent spate of migrant workers in distress is a cause for concern.

As authorities continue to test dormitories as Covid-19-free, work cannot continue for many until this happens.

We hope that authorities and employers can not only ensure that workers go back to work safely, but also take care of their mental health, as this must be a tough time for them.

Hopefully the migrant worker is safe and that his issues can be resolved.