Update (15 Oct, 3.05pm): Madam Ho has been found and is currently at Sengkang General Hospital.

Family members will understandably feel worried and anxious when their elderly family members go missing, especially if they have existing medical conditions like dementia.

On Monday (14 Oct) night, a Facebook user named Kian Seng took to Facebook, seeking information regarding the whereabouts of his 84-year-old grandmother.

She has gone missing for nearly 48 hours at the time of writing. 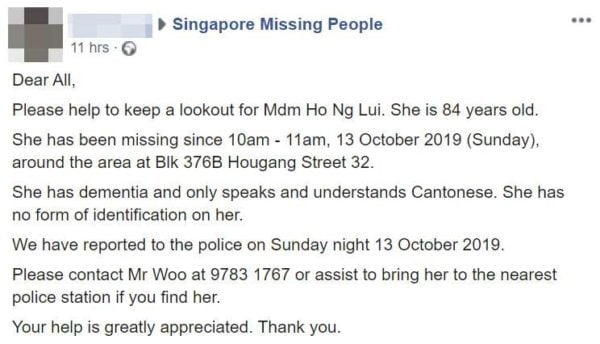 Missing woman has dementia, speaks only in Cantonese

According to the post, Madam Ho Ng Lui has been missing since Sunday (13 Oct) morning, at around 10-11am. 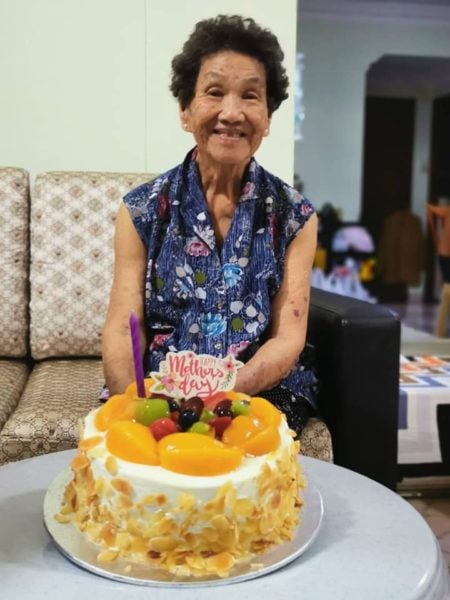 She was last seen at around Block 376B, Hougang Street 32.

Family members also shared they have reason to believe she could be in the following areas:

Kian Seng claims that a police report has been lodged the same day that Madma Ho went missing, but has not received any leads thus far.

Madam Ho apparently has dementia, and can only communicate in Cantonese. She does not have any form of identification on her.

If you happen to be in the vicinity of the areas mentioned above, do keep a lookout for Madam Ho.

Those with information regarding her whereabouts can contact Mr Woo – Madam Ho’s son – at 9783 1767, or accompany her to the nearest police station.

We hope Madam Ho will return home safely and be reunited with her loved ones soon.