On Wednesday (8 Apr), a netizen posted photos highlighting the stark difference between the meals given to Singaporeans on Stay-Home Notice (SHN), and those served to our migrant workers.

The Ministry of Manpower (MOM) has now responded to the viral post, showing us the better quality of food that workers have been getting recently.

In a Facebook video post on Thursday (9 Apr), the MOM said that it was striving to improve the quality of food for the workers. 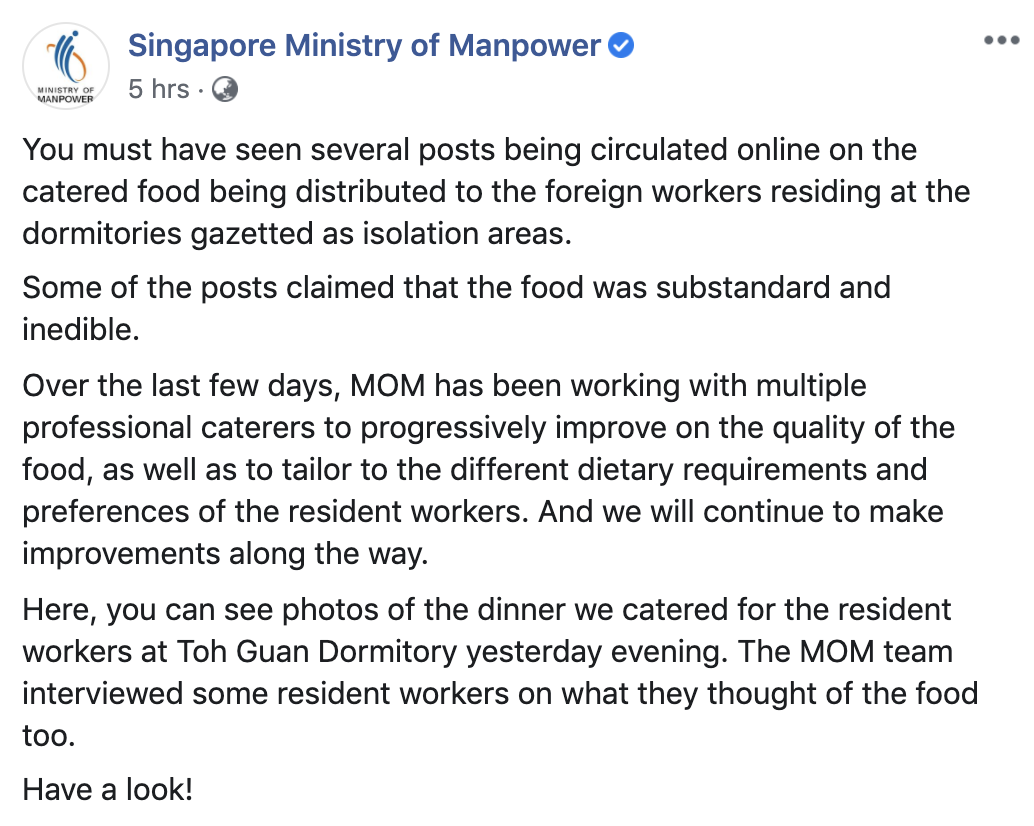 According to the post, the ministry was aware of the photos of migrant workers’ meals being circulated online. 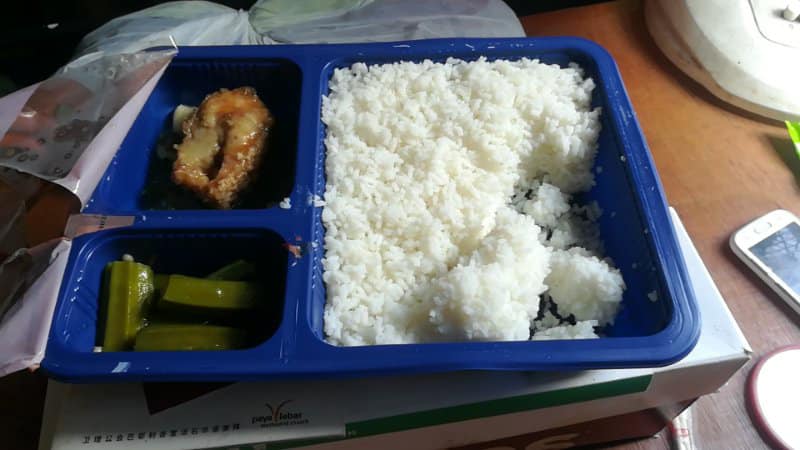 As some posts called the food “substandard” and “inedible”, it said it collaborated with professional caterers to raise food standards and cater to the workers’ requirements and preferences.

More improvements will be made in future, the MOM said.

To put the new-and-improved food to the test, MOM made a video asking workers for their opinions on it.

In the video, the food was sealed in plastic bento boxes, and consisted of 2 to 3 dishes alongside a large bed of white rice. Migrant workers who were interviewed commented that it was “tasty” and “healthy”. One even said that it was “very good”. Seemingly affirming what the MOM posted, the same netizen behind the viral post confirmed that migrant workers’ meals had improved, in a Facebook post on Thursday (9 Apr). Judging by the photos shared, the food is much more substantial and appetising than before. They were even served noodles, for a change. She also said that those who spoke up and asked questions about this matter have made a difference.

It’s great that the MOM has made efforts to correct some of the inequalities and difficulties migrant workers face, but that doesn’t mean that their plight is over.

The issue of migrant workers’ receiving less-than-ideal treatment has been overlooked for far too long. Now that Covid-19 has brought their situation to the public eye, it’s time to take action and give them the support they need.

If you’re one of those who are well-stocked for the ‘Circuit Breaker’, consider sharing what you have with the migrant workers who have contributed so much to our country. Check out this Google Sheet for ideas on how to contribute.

And even after Covid-19, it’s crucial that we keep reviewing their situation and making sure that we’re providing them the living conditions a first-world country should.