Titled “The Journey of Trust”, the photo exhibition consists of 12 photos by local photographer Lenne Chai, and includes individuals from all walks of life, alongside people with whom they have built “solid” relationships with.

The photo exhibition will be on display till 29 Jul, next to Poh Heng’s boutique at Orchard Shopping Centre.

What people are saying

Snippets of the campaign were posted on Reddit and has since gone viral.

Here’s a quick glance at the responses.

Most netizens reacted positively to the campaign.

Some adopted a more practical approach and analysed the risks involved in implementing the campaign.

Others can’t help but reignite the LGBTQ debate all over again.

Founders of homegrown fashion brand, Depression, Kenny Lim and Andrew Loh were one of the two gay couples featured.

Restaurateurs Dennis Chong and partner, Chong Kok Keong, made up the other gay couple featured.

Holy crap! We are along Orchard Road! (friend sent me these haha)! Snap a photo along with it and send me ok if you are sashaying down Orchard these days! . . Happy 70th @pohhengjewelleryofficial and it was a pleasure being one of your guests of trust and wearing such exquisite creations! A huge shoutout and thank you to @gabrielqchan and @blessincasia for inviting us to be on the shoot and putting everything together beautiful! You guys rock! . . Singapore’s Pioneering Jeweller, Poh Heng celebrates 7 decades of trust. A journey of Trust photo exhibition is open for public viewing from the 6-29 July 2018 at Orchard Road, beside Poh Heng’s Orchard Road boutique (next to H&M). . . . #PohHengRocks70 #PohHeng #happyAnniversary #largerthanlife #styleoftheday #orchardroad #style #styling #styleblogger #stylegram #urbanstyle #blessincasia #photoshoot #asian #asianman #lookbook #followme #follow4follow #followforfollow #igsg #sgig #jewellery #lookoftheday #outfitsociety #photoexhibition #outfitinspiration #stylediaries #midweek #urbanwear #streetwearfashion

The timing of Poh Heng’s exhibition seem to coincide nicely with Pink Dot 2018 on 21 Jul as well.

Given the restrictions imposed that only allow local companies to sponsor the event, we think Poh Heng should seriously consider lending their support for the event.

After all, Poh Heng is probably one of the most popular jewellery shops in Singapore.

Their support will no doubt go a long way in building a more inclusive society in Singapore.

What do you think of Poh Heng’s new exhibition? Let us know in the comments below. 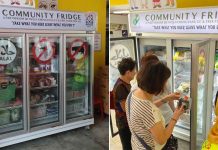 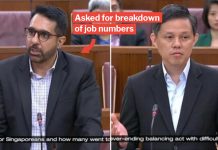