[UPDATE 10 Jul] Pink Dot SG has responded to our query if Old Chang Kee Singapore is sponsoring this year’s event with the following message,

Old Chang Kee, maker of all snacks Singaporean, recently opened up their flagship outlet in London — much to the delight of locals residing in the UK.

Old Chang Kee (OCK) UK has also been vocal about their support for London Pride on Saturday (7 Jul). 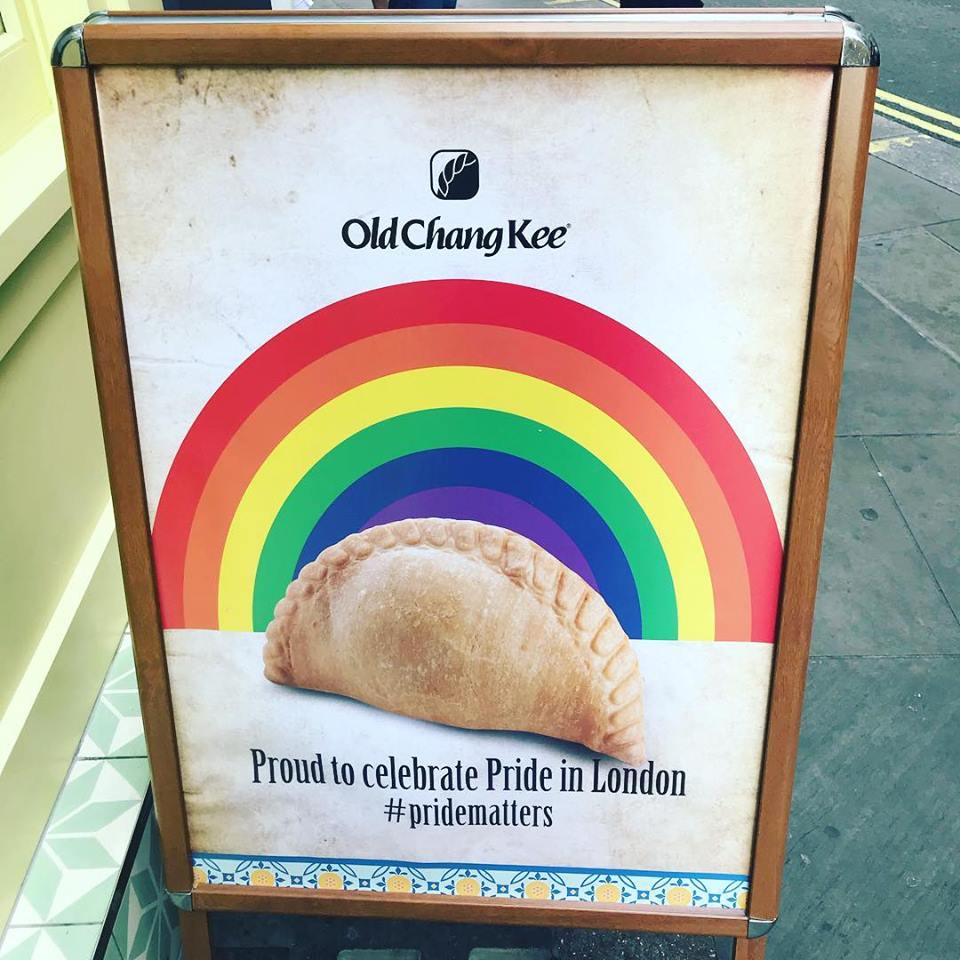 As evidenced by a recent poster of their signature Curry Puff emblazoned with a rainbow.

Netizens have, however, taken to flooding their Facebook page with requests to support Pink Dot in Singapore too.

For the uninitiated, Pink Dot is the largest pride event which will take place soon at Hong Lim Park on 21 July.

They eagerly chimed in with requests on the post for Old Chang Kee to sponsor curry puffs for Pink Dot as well.

However, netizens now claim that OCK has mostly remained silent, or said that they will “get back” to them “soon”.

Some defended OCK, saying that they could be sponsoring the event, but simply have not gone public in Singapore.

Others pointed out that the “lack of support for the local scene”, speaks volumes about OCK’s “priorities”.

And have even accused them of “simply latch(ing) onto the Pride bandwagon in London”.

Like some netizens have stated, perhaps it is wise for OCK to consider “taking a stand meaningfully”. 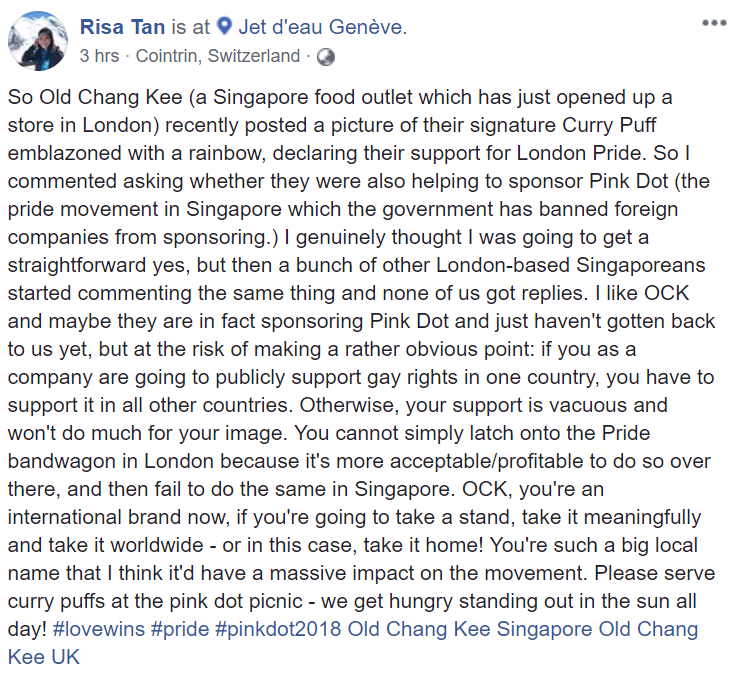 Now that Old Chang Kee’s an international brand, throwing their weight behind Pink Dot would have a massive impact on the movement.

But in Singapore, where the pride movement is only just beginning to gain legs, netizens suspect that OCK may have greater ‘considerations’ before they can show their full #pride and #support.

Why is supporting Pink Dot so significant?

Currently, Pink Dot can only be sponsored by local companies due to a governmental ban on foreign sponsorship.

Singaporeans and Permanent Residents (PRs) are also the only parties allowed to attend the event, thanks to stricter regulations imposed as of last year.

This probably explains why netizens are curious as to why Old Chang Kee – a local brand – doesn’t seem as fervent in supporting the movement on their home turf.

We’ve reached out to Old Chang Kee, and Pink Dot for their official stance on this.

Do you think Old Chang Kee should support Pink Dot if they’ve pledged their support for London Pride?

Or should we take things one step at a time?

Chime in the comments below.