8 Reasons Why I’m Still A Hardcore Pokémon Go Trainer, Even After 2 Years

Two years have passed since the launch of Pokémon Go (PoGo).

Many have abandoned the game, but the augmented reality game still has its fair share of hardcore trainers, myself included.

A Telegram channel dedicated to catching rare and “perfect” Pokémon in Singapore has around 11,500 subscribers, while the PoGo Facebook group boasts 91,000 members. 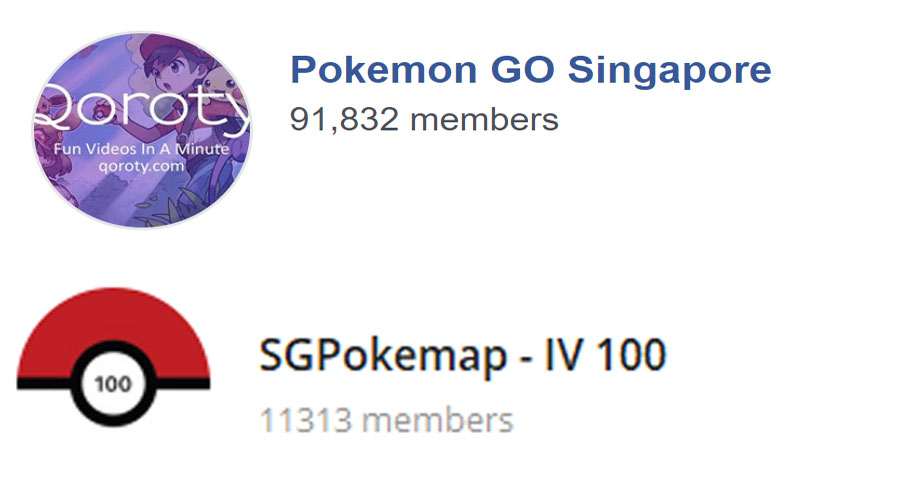 By the way, the top ranking trainer in the world who has clocked the most exp  – Brandon Tan – is a fellow Singaporean as well. Go Team Singapore!

Even though most trainers have stopped playing the game, it’s safe to say that the game is far from being dead — at least in Singapore.

Here are 8 reasons why I’m still playing this “lame” game that many have already uninstalled.

Pokémon Go has given me extra incentives to head out and explore areas in Singapore that I wouldn’t have gone to otherwise.

For example, I wouldn’t have discovered Tampines Central Park  – a local PoGo hotspot – in all its natural beauty, if not for the game.

In addition, I’m a lot more familiar with the estate that I’m staying in, as a result of playing the game.

2. Incentives to be active

PoGo has also motivated me to lead a healthier lifestyle.

2 years ago, running was in no way a part of my lifestyle, and I would struggle to even complete my IPPT 2.4km run.

But because of PoGo’s game mechanics encourage trainers to clock distances in real life, I’ve gradually introduced running and jogging into my weekly routine now.

3. The hunt for perfection

Before March this year, bots were used to track highly sought-after Pokémon. In particular, 100% IV Pokémon.

Without being too technical, every Pokémon’s stats vary from one another, though they belong to the same species.

A 100% ‘version’ of a particular Pokémon essentially refers to one that has the best stats available to that species.

That’s akin to having the “best genetics” that would allow you to become the best athlete or scholar.

So, as I was saying, whenever the bots detect an IV 100 Pokémon spawning within Singapore, a notification is sent to the Telegram group — with siao-on PoGoers such as myself.

I recall one such trip in January this year when a Wailmer spawned in Bishan — a special 1-hour spawn. 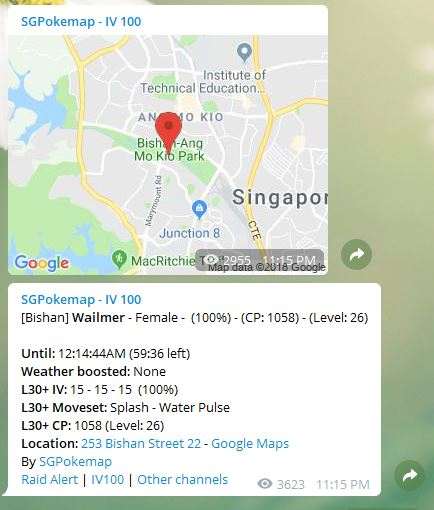 Since none of us had a 100% Wailmer back then, I offered to drive me and my friends over to capture this beast that had eluded us for such a long time.

We certainly did not expect what came after.

A traffic jam on the expressway caused the journey that would have normally taken 25 min to take close to 45 min.

But the PokéGods must have shined on us that day, for we made it by the skin of our teeth.

Needless to say, we all sighed a breath of relief upon adding it to our collections.

While driving halfway across the island to catch a virtual creature may sound sound senseless to some, the adrenaline from our mini-adventure was in my opinion, priceless.

It may not look like a Wailmer now since I’ve evolved it, but I will always remember the journey that led to us crossing paths. 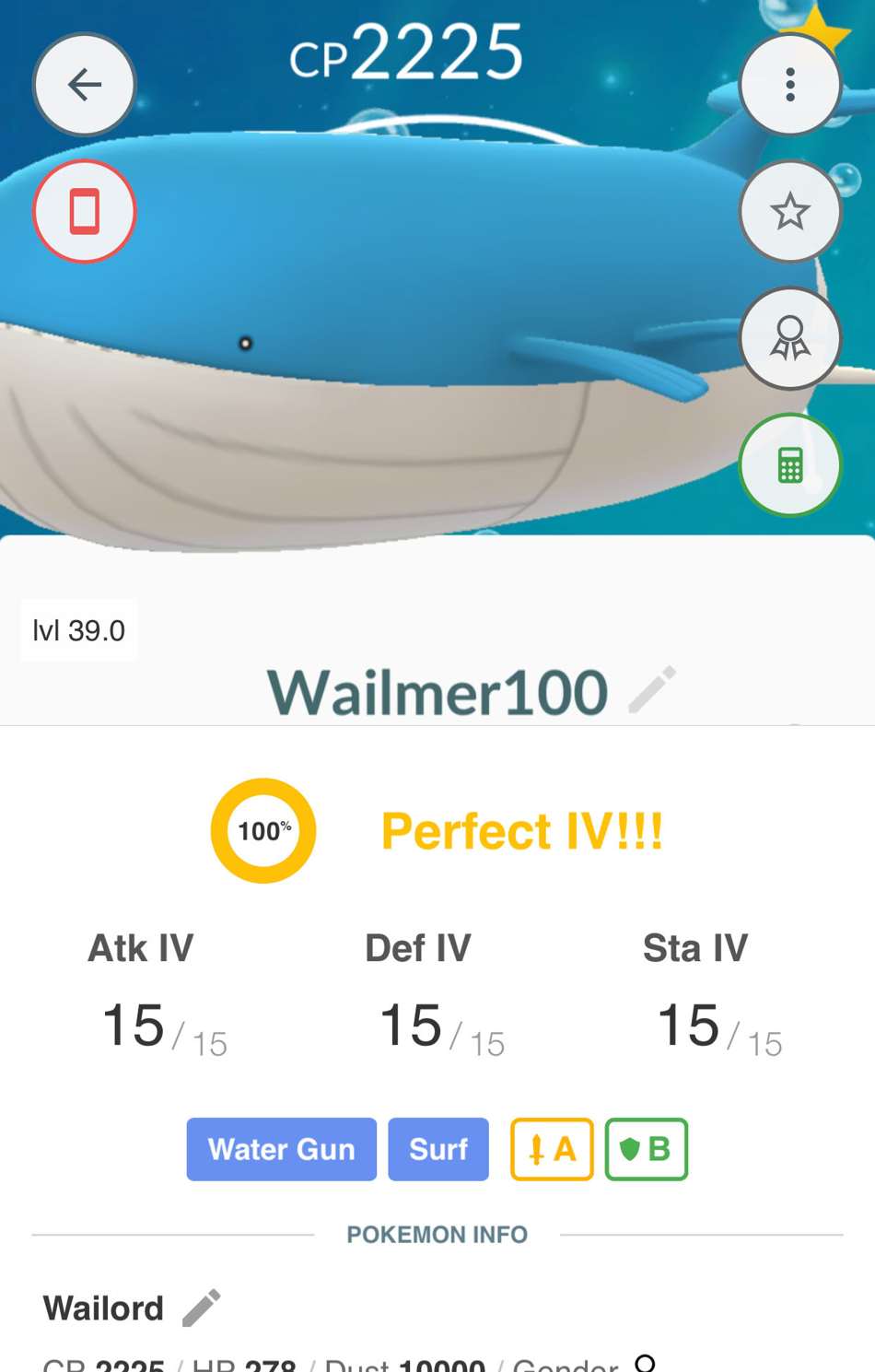 Raid battles are PoGo’s version of party quests. These battles take place in gyms and in most cases, trainers have to form groups of up to 20 trainers to take them down.

Trainers who successfully defeat these raid bosses get a chance to catch them after the battle.

Raid bosses are classified into 5 tiers, with varying levels of difficulty. 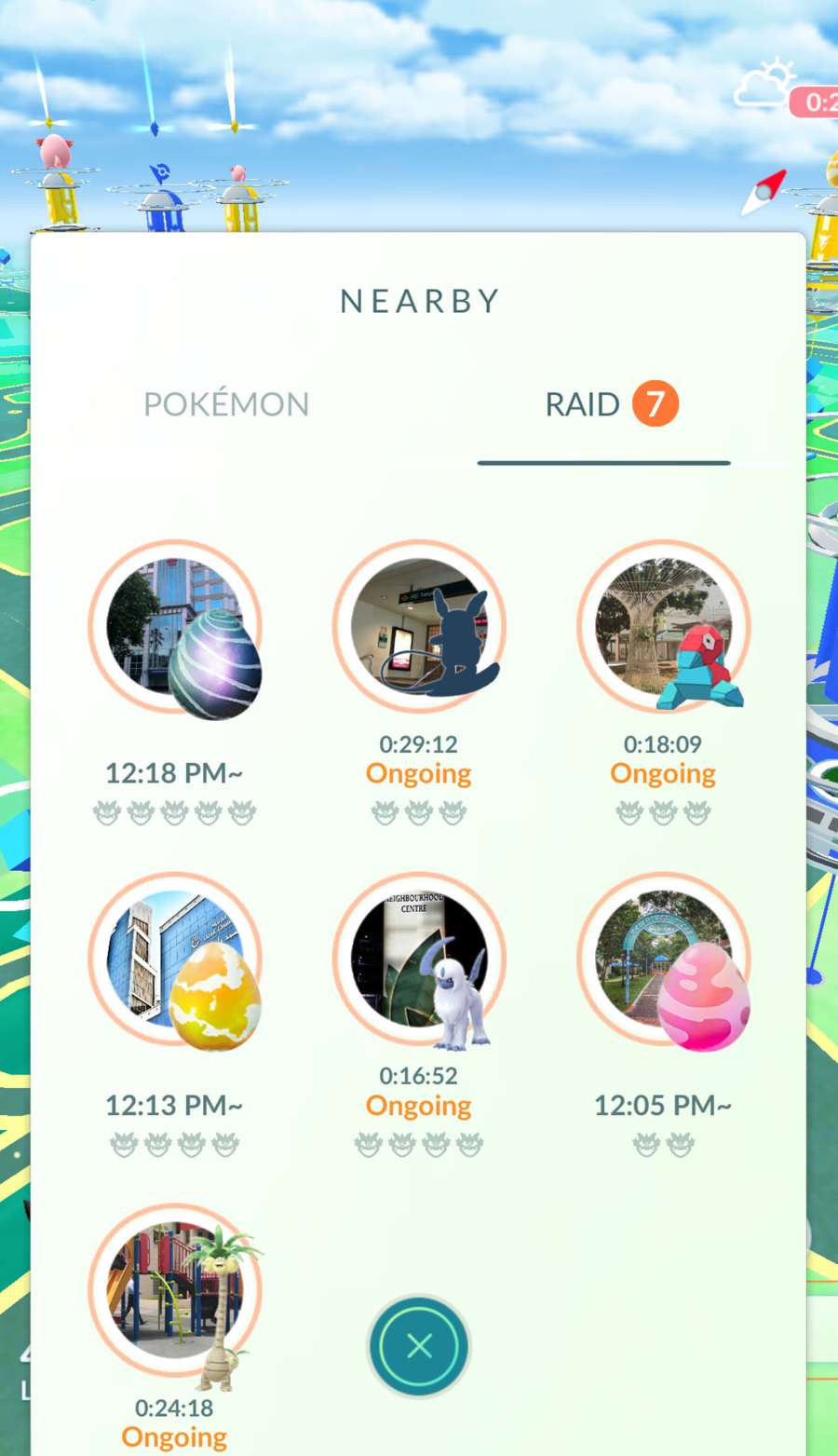 Raid bosses from the easier tiers can be solo-ed by a single trainer, but others would require multiple trainers to defeat them.

Developers of the game also made it a point to rotate the raid bosses from time to time, so trainers don’t get jaded as quickly.

In most cases, the most highly sought-after Pokémon are Legendary Pokémon and they belong to the highest tier of raid bosses.

These legendary Pokémon require a minimum group of 7 to take down. This demands a certain level of coordination among trainers.

The new gym system implemented by Niantic allow trainers from the same team to each ‘park’ one of their Pokémon in the gyms. 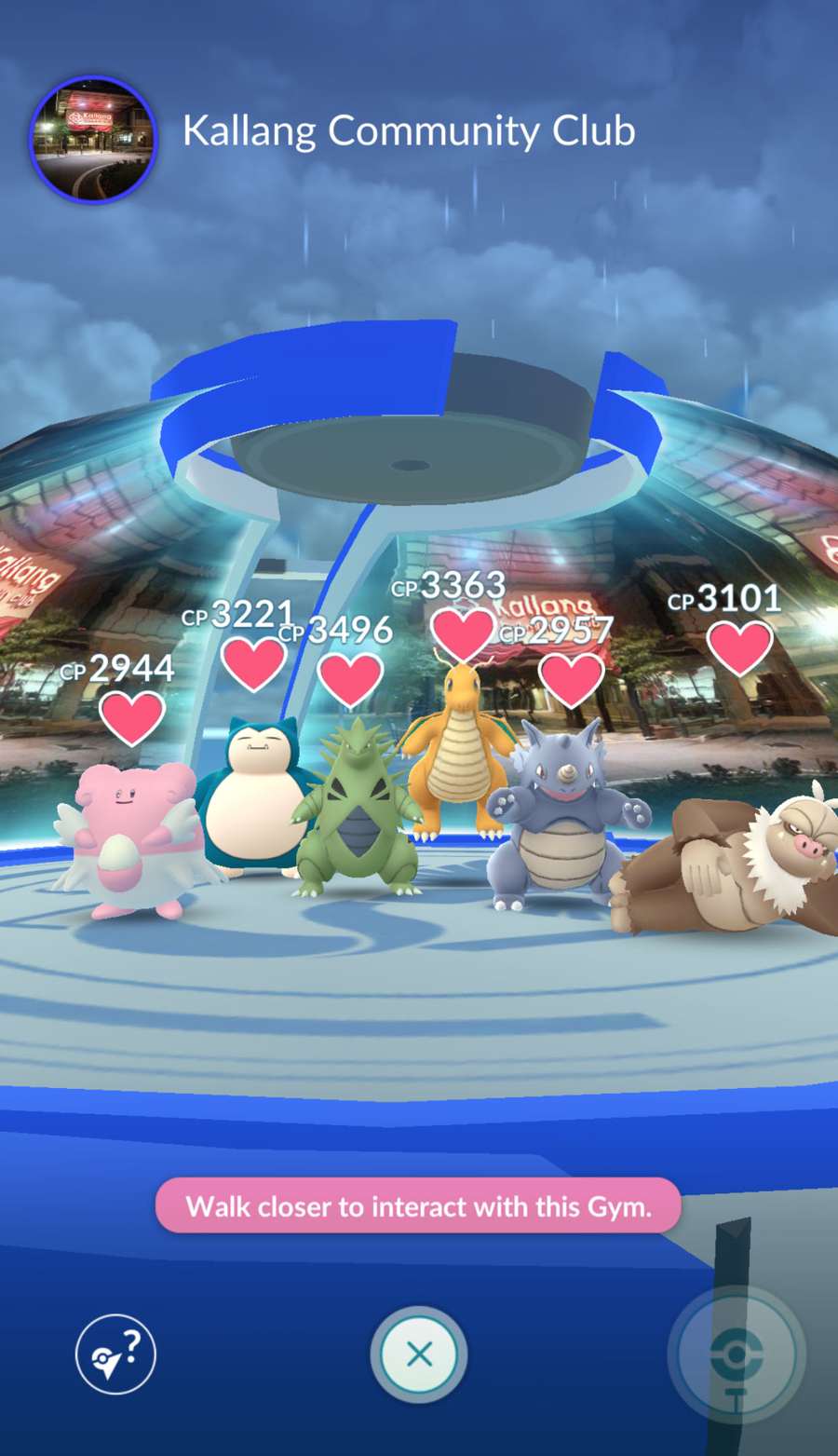 Trainers can earn Pokécoins – the virtual currency in PoGo – this way.

If a gym is occupied by another team, trainers can snatch control from the opposing team by battling them

Needless to say, taking control of gyms this way requires trainers to work together, which helps to foster friendships.

Just a few months ago, when I had more time on my hands, me and other friends would head out on a nightly basis just to bring gyms down around our estate.

This wouldn’t make sense from a practical point of view, since the patrol costs involved is way higher than the Pokécoins that we would have earned. But spending time fighting alongside my comrades simply makes everything worth it.

7. Part of something greater

Community Day is a relatively new event that was recently introduced this Jan. This might sound boring for some of you, but wait till you see the crowds at some of these popular PoGo spots!

Playing a game among a massive crowd, is something you’ll need to experience for yourself.

To me, the phenomenon is still something that no other game can recreate.

Unless you’re a spoofer that uses 3rd party software to ‘fly’ around the world, you’ll be hard-pressed to catch ’em all.

From the very start, the game developers introduced Pokémon that are exclusive to certain parts of the world — and they were just getting started.

Check out this map that shows the respective regions where exclusive Pokémon may be found in.

Fortunately, getting our hands on these regional Pokémon have gotten easier over time.

With trading introduced in recent months, trainers may trade to obtain their desired Pokémon — which helps to make once unobtainable Pokémon obtainable

I’ve had many of my friends ask if I feel embarrassed playing a game that so many have abandoned.

To them, I have this to say,

There’s no shame in pursuing what you enjoy. But if you give up what you love just to fit in, that’s truly sad.

Pokémon Go is something that I enjoy playing, and play it I shall, for that is the only way I can be true to myself.

Featured image from THE EVERYDAY PEOPLE.